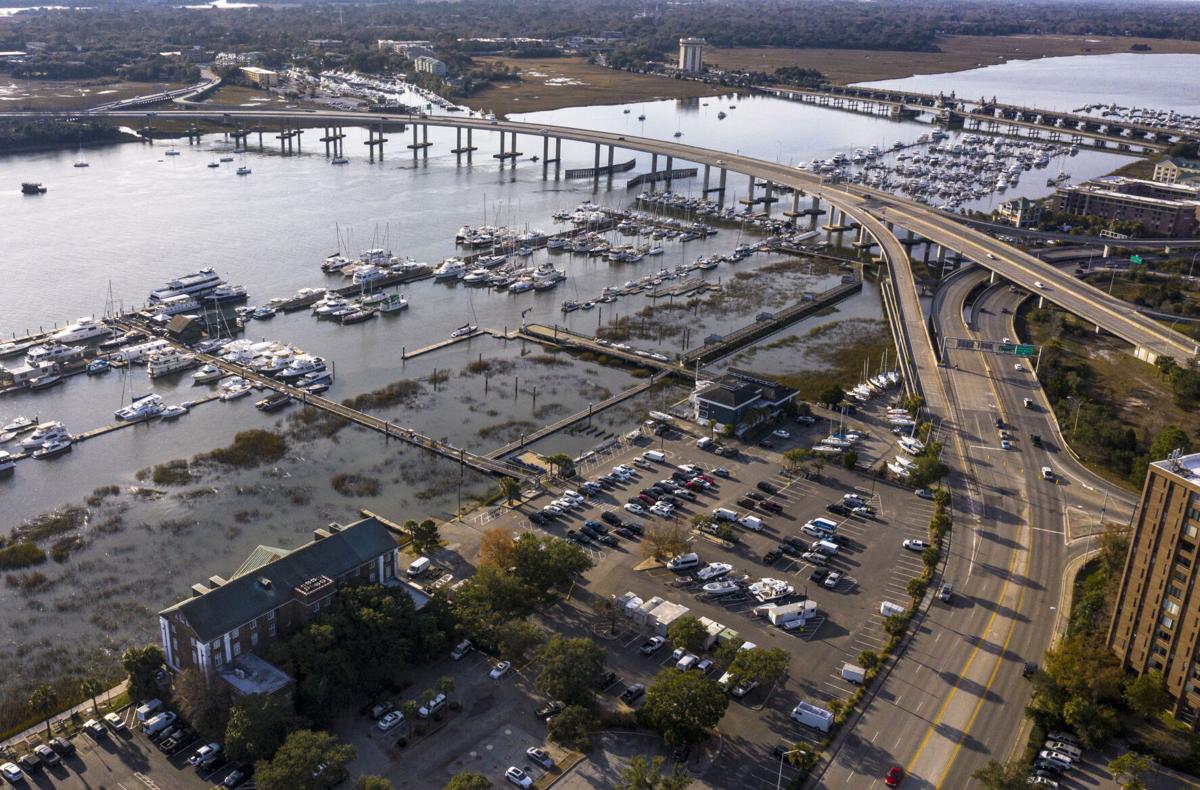 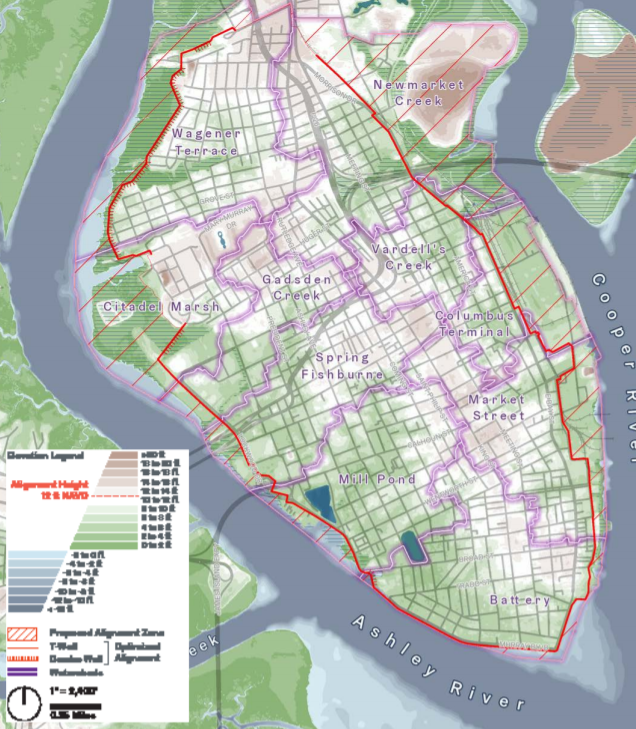 Charleston's elected leaders set up a special committee earlier this year to help determine whether a seawall should be built around the peninsula, but so far the members of that panel have more questions than answers.

The 14-member advisory committee, which is made up of downtown residents, two City Council members and representatives from some of Charleston's largest institutions, met for the second time on May 5.

The first meeting in late April allowed the committee to review an initial study on the proposed seawall that was conducted by the U.S. Army Corps of Engineers, which would be in charge of the eventual construction.

The goal of the May 5 meeting was to lay out the members' initial thoughts about the project, which will be designed to help protect downtown Charleston from storm surge during future hurricanes and tropical storms.

All of the committee members seemingly agreed the Charleston peninsula is likely to need some type of perimeter defense, especially with sea levels expected to rise in the coming decades.

"We recognize the need for protection," said Dennis Frazier, who is representing the Medical University of South Carolina and the entire Charleston Medical District on the committee.

"We are terrified about what could potentially be lost to flooding and sea level rise over the coming years, and we are generally open to some form of perimeter protection," added Cashion Drolet, a representative with the Historic Charleston Foundation.

But many of the panelists also voiced apprehensions about how the roughly 8-mile barrier might affect homeowners, the economy, the environment, city finances and other communities in Charleston that aren't located within the confines of the proposed seawall.

Doug Warner, a vice president with the Charleston Area Convention & Visitors Bureau, wanted to know more about how the seawall would affect the scenic views along the Ashley River, where he owns a home.

Kevin Mills, CEO of the South Carolina Aquarium, was interested in exploring how the barrier would affect the existing marshes and tidal environment along the peninsula.

And Jordi Yarborough, a senior vice president with the State Ports Authority, wanted to understand whether the seawall and the gates that may need to be built into the barrier could limit some access to the Union Pier Terminal and Columbus Street Terminal.

All of those concerns are likely to be explored in more detail as the Army Corps continues to develop a preliminary design for the project.

The biggest issue the committee members will likely need to work through is the price tag. The Army Corps most recently set the estimated cost for the massive project at $1.4 billion, though that could change depending on the final design the city and federal agency settle on.

The federal government may cover up to 65 percent of that cost if the project moves forward, but that means Charleston leaders would need to find the other 35 percent, which comes to nearly $500 million.

That's not an easy task in a place like Charleston, where elected leaders are already dedicating huge segments of the city's tax base for other flood mitigation projects.

The seawall would help to block water that is pushed in from the Atlantic Ocean during major storms, but on its own, the project won't solve the peninsula's other problems such as the stormwater drains that back up during major rainstorms.

That's exactly why City Council tasked the new advisory committee with reviewing how the seawall would fit into the city's broader strategy for flood control downtown.

Susan Lyons, who lives on the peninsula and leads a grassroots advocacy group called Groundswell, said the city needs to get a better understanding of the long-term costs for all of the flood mitigation projects that are needed in Charleston.

"I think the financial aspect of flood control in Charleston has been the elephant in the living room for a long time," she said during the meeting.

Several other members of the advisory committee raised concerns about the seawall eating up hundreds of millions of dollars in funding, and they questioned what that would mean for other flooding projects in Charleston.

Bob Habig, who lives downtown and is involved in the Charlestowne Neighborhood Association, said the federal funding match the Army Corps is dangling in front of the city is "seductive." But he worries about pouring huge amounts of money into a single megaproject.

Mark Wilbert, Charleston's chief resilience officer, said the city still needs to create an "integrated water plan" that looks at all of the necessary infrastructure improvements on the peninsula and how the seawall might fit into that. That planning, he said, is vital, especially with most of the peninsula under redevelopment.

For now, the advisory committee will need to move forward without that guidance. The city is expected to provide feedback on the proposed seawall to the Army Corps by later this year.