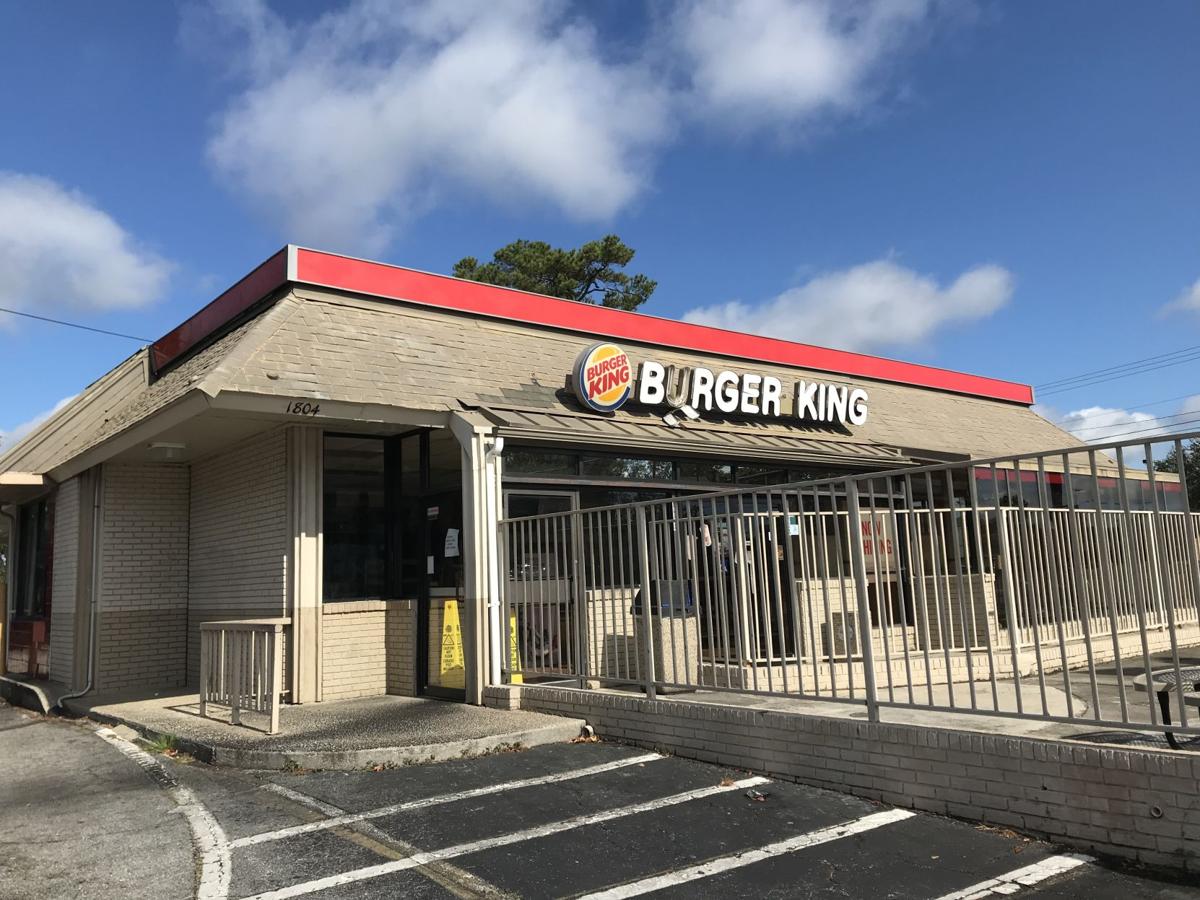 Burger King restaurant at 1812 Sam Rittenberg Blvd. in Westwood Plaza Shopping Center in West Ashley is one of six fast-food eateries in the Charleston area a franchisee closed this week because of poor financial performance. Warren L. Wise/Staff 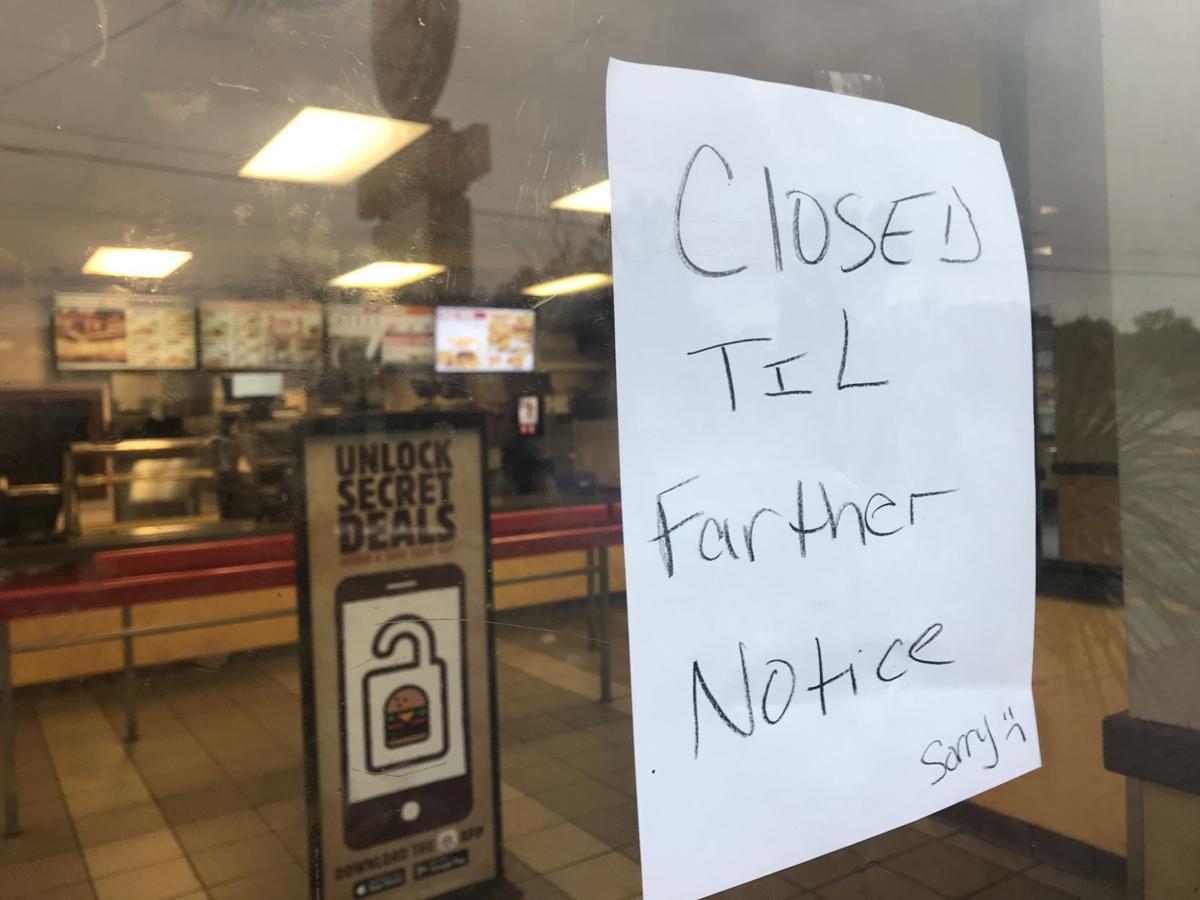 Workers posted a sign on the door of the Burger King restaurant at 3917 Rivers Ave. in North Charleston letting customers know the site has closed. Five others across the Charleston region closed this week as part of a franchisee's bankruptcy filing. Warren L. Wise/Staff 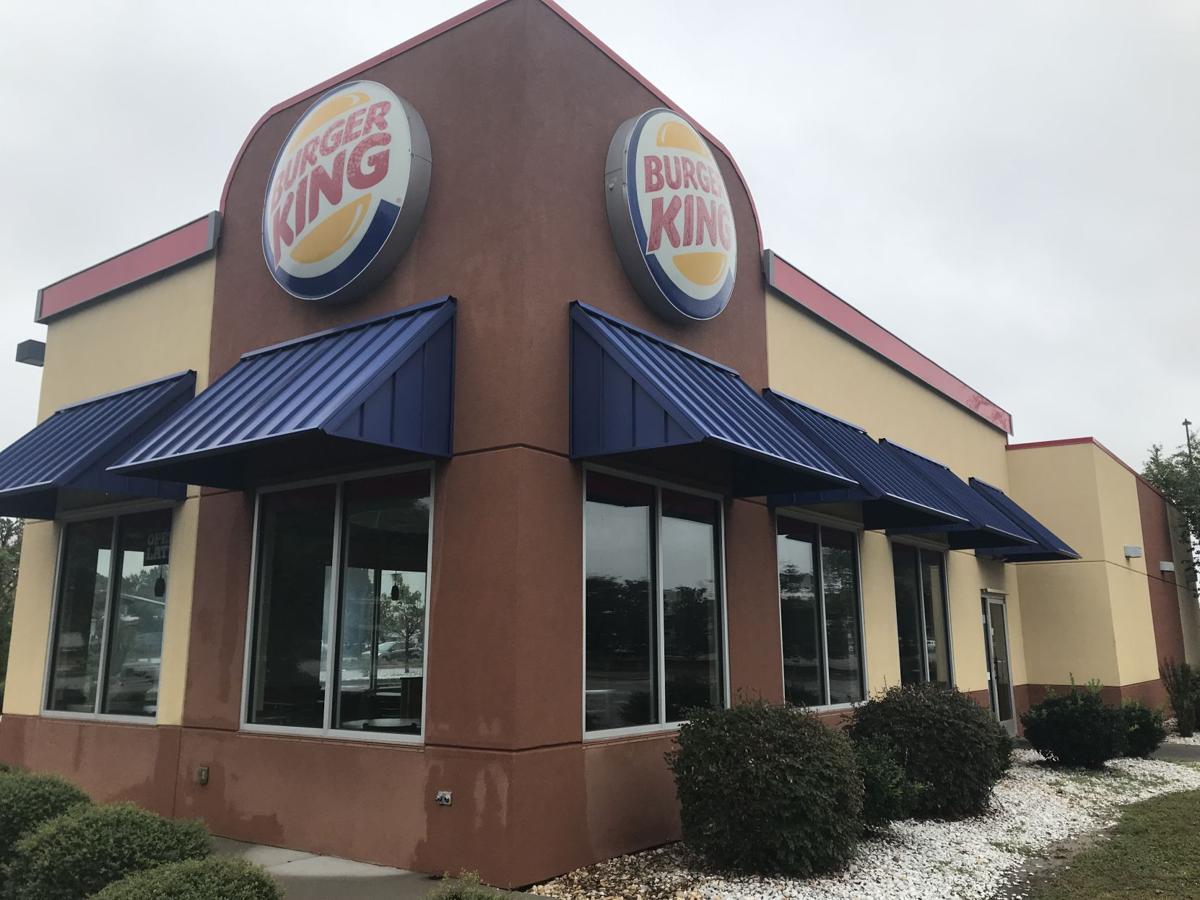 Burger King in Centre Pointe near Tanger Outlets in North Charleston is one of six Charleston-area restaurants that closed this week as part of a franchisee's bankruptcy filing. Warren L. Wise/Staff 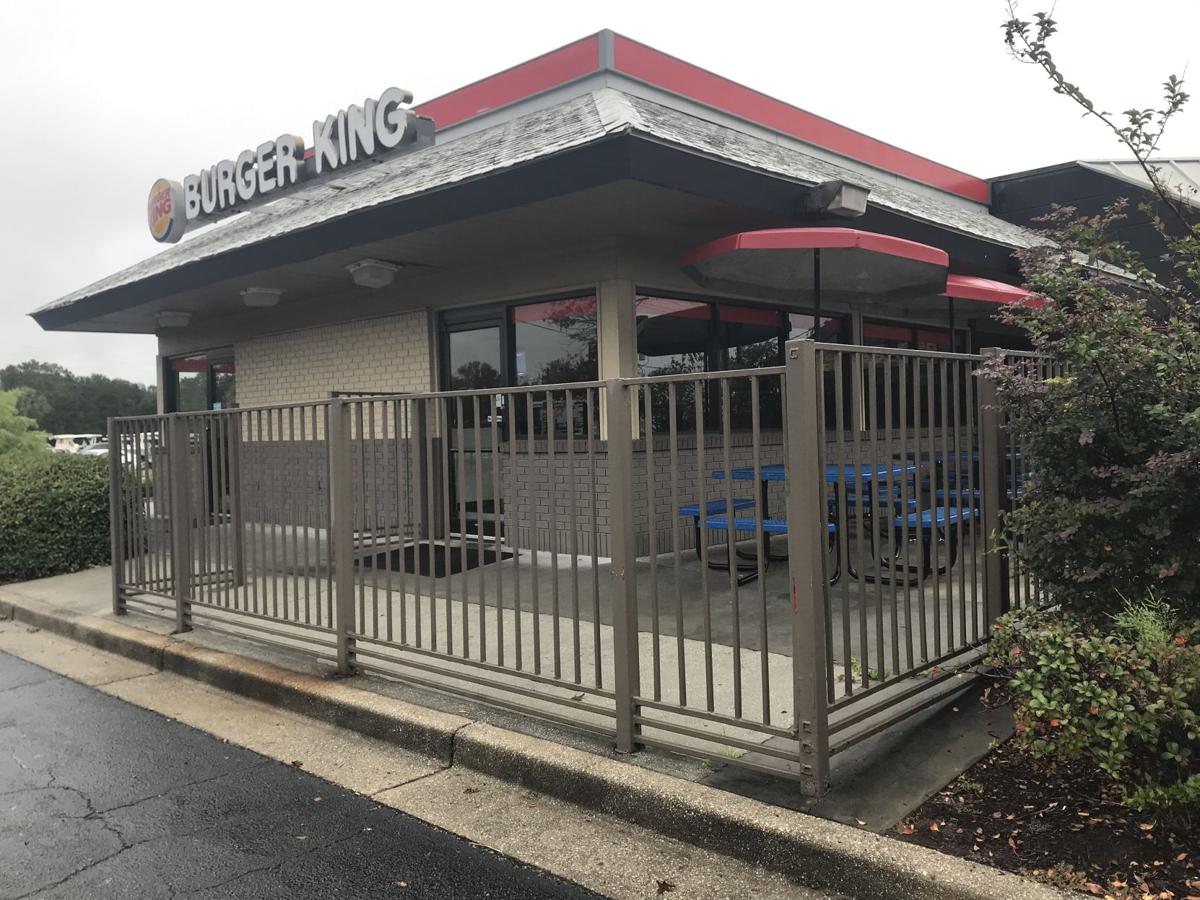 The Burger King restaurant at Main Road and Savannah Highway near Johns Island is among six Charleston-area venues in the chain that closed this week after a franchisee's bankruptcy filing. Warren L. Wise/Staff 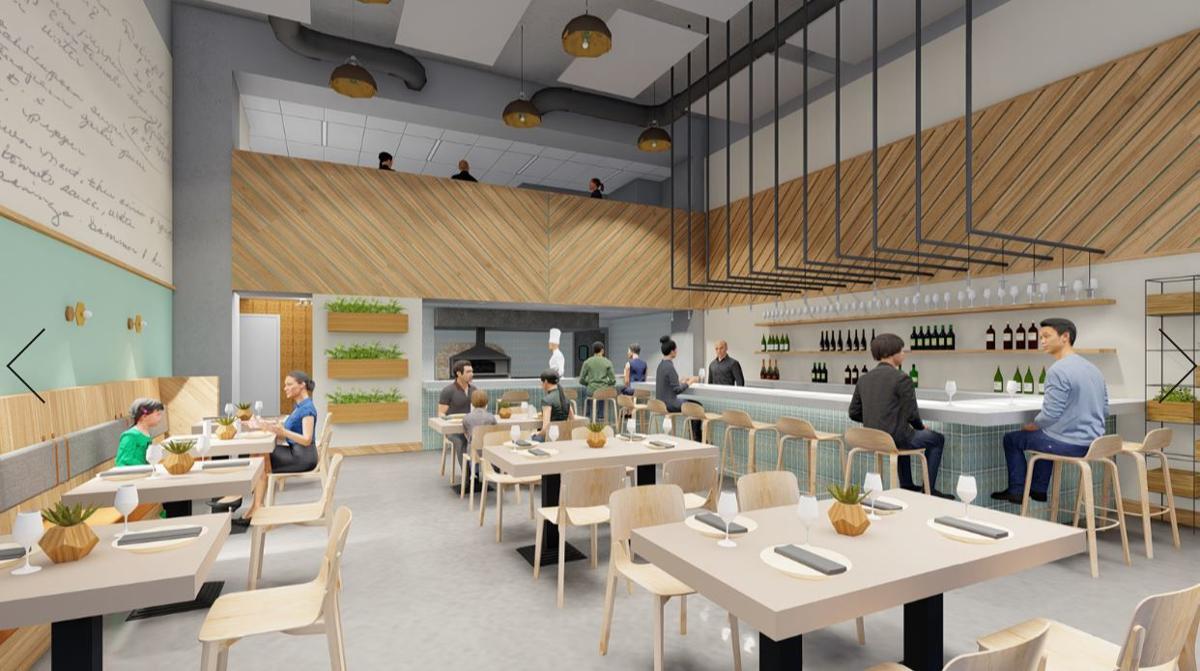 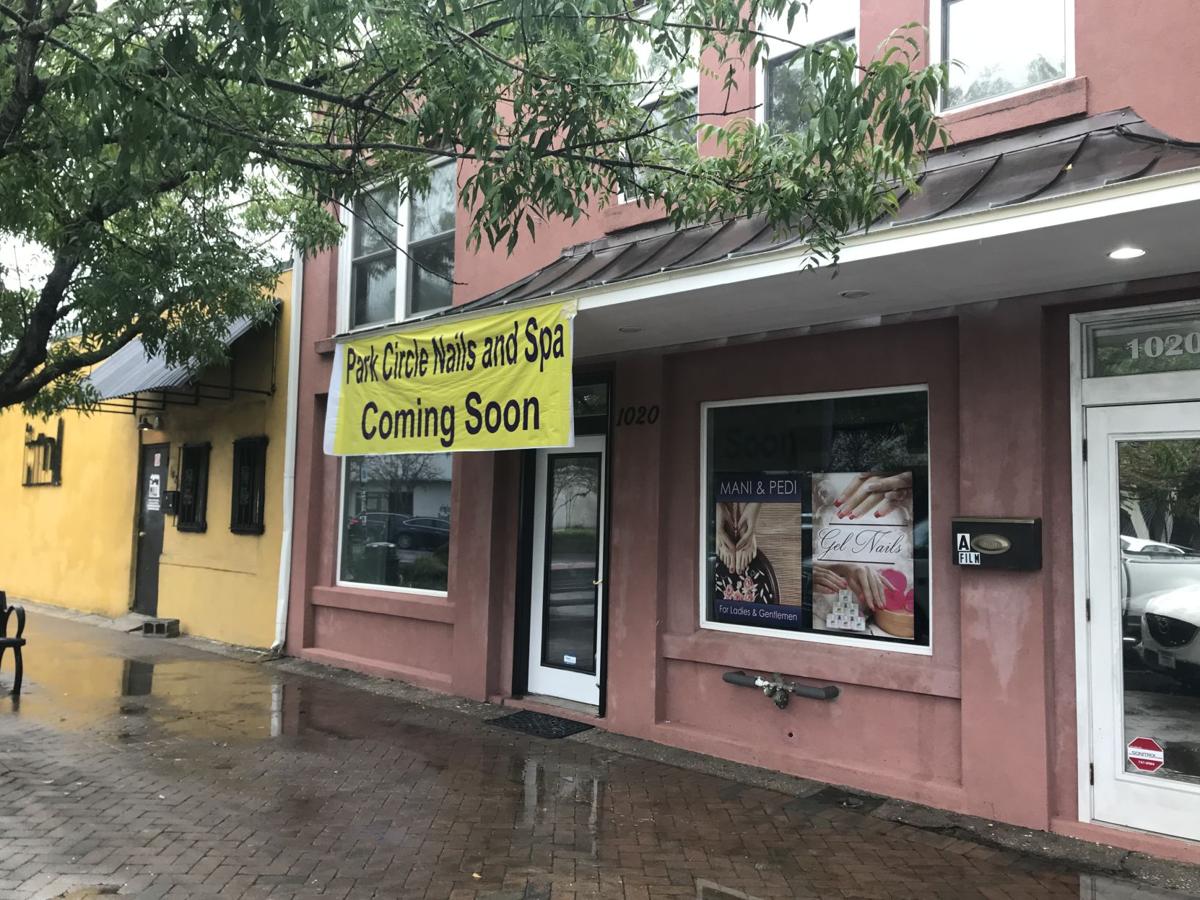 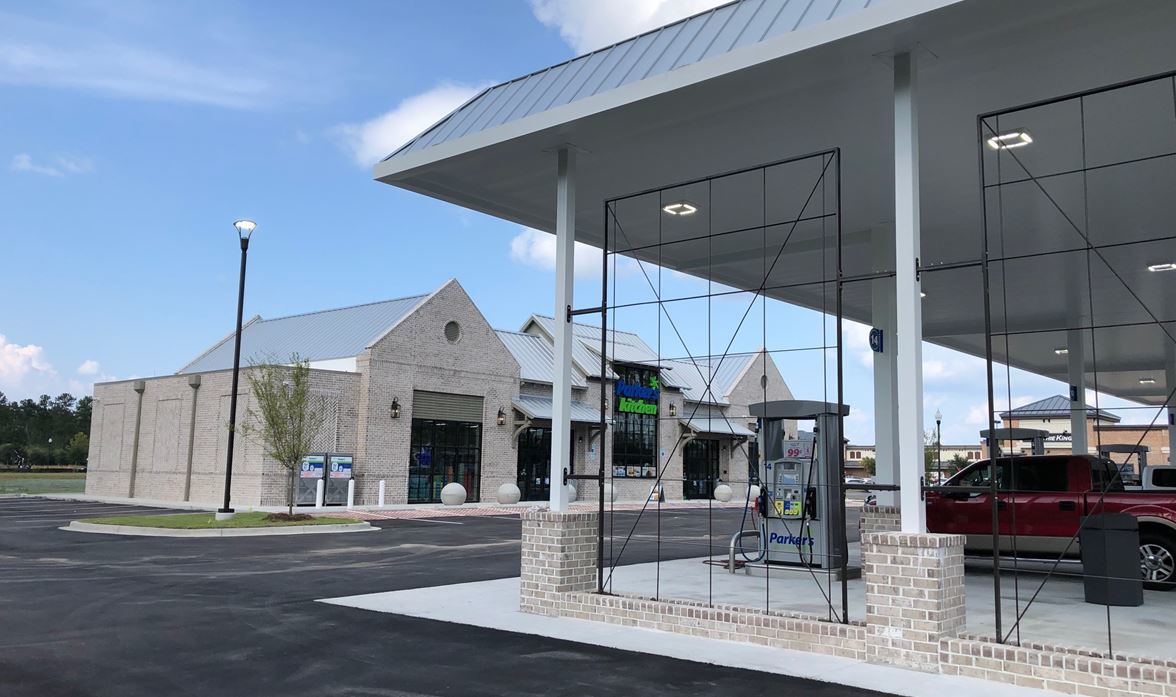 Six money-losing Burger King restaurants in the Charleston area closed this week, about 10 days after the franchisee that ran them filed for bankruptcy protection.

The other three are in North Charleston, at 3917 Rivers Ave., 5126 Ashley Phosphate Road and 4820 Tanger Outlet Blvd.

Another restaurant in Santee off Interstate 95 also is among the underperforming sites that Atlanta-based franchisee Capital Restaurant Group wanted to close. It was unclear Wednesday if it remained open.

The franchisee had asked a bankruptcy judge last week to release it from leases and franchise agreements so it could cut its losses and close the fast-food restaurants, saying it had been denied permission by the corporate office of Miami-based BK Corp., the headquarters of Burger King.

In its bankruptcy filing, Capital Restaurant said efforts to make the locations profitable had varying degrees of success, "but unfortunately, several do not generate enough revenue to sustain themselves and are a drain on the (franchisee's) cash flow."

The closings come after five Burger King sites closed in the Charleston region in the spring following a dispute over an unpaid loan through a different franchisee. Two of the sites have reopened.

Another Burger King closed earlier this year on Dorchester Road near Joint Base Charleston. It was unrelated to the five closings.

Also closing over the weekend was Five Guys Burgers and Fries at 1662 Savannah Highway in West Ashley. A sign on the door directs customers to its nearest locations on King Street in downtown Charleston and at Centre Pointe near Tanger Outlets in North Charleston.

A new Italian restaurant is closer to opening on Charleston's upper peninsula.

As first reported in February, Gale will be situated in 2,100 square feet on the ground floor of the Meeting Street Lofts apartment building at 601 Meeting St.

The restaurant, a product of restaurant veterans Mari and Brett Chizinski, recently applied for its alcohol license, generally a harbinger of its launch in the not-too-distant future. Blake Middleton of The Middleton Group, which designed the space, said no opening date has been set but to look for an announcement possibly in November or December.

The franchise owners are Ryan Delman and Jeremy Abell. Chad Yates is an operating partner.

As part of the grand opening, a free sub fundraiser is being held through Sunday to support the nearby Phillip Simmons Elementary School. The restaurant is circulating 5,000 coupons throughout the community and offering a free regular sub for a minimum $2 donation to the school.

Palmetto Outdoor Kitchens has vacated a retail space in Queensborough Shopping Center in Mount Pleasant and moved to its existing warehouse and retail site at 497-H La Mesa Road off Long Point Road, according to co-owner Scott Hunter.

The now-vacant shopping center space sits next to a proposed expansion of the Publix-anchored and -owned shopping center just off Johnnie Dodds and Anna Knapp boulevards. Paisano's Pizza plans to open soon on the other end of the retail center.

In-home bike/treadmill provider Peloton is now set to open in November in 1,929 square feet at 1239 Belk Drive next to Reeds Jewelers in Mount Pleasant Towne Centre. During the summer, an October opening time frame was announced but Hurricane Dorian delayed construction.

Also coming to Towne Centre is handbag company Beau & Ro by Sara Rossi. The 951-square-foot shop will open in early November at 1242 Belk Drive, in the former site of Traveling Chic Boutique.

The handbags are made in New York City and by artisans around the world. The shop also will feature curated finds on Rossi's travels as well as candles, jewelry and other items.

Rossi was the co-founder of The Skinny Dip stores in downtown Charleston, Palm Beach and Nantucket.

Two of the five new Parker's Kitchen convenience stores in the Charleston region will snip their ribbons Oct. 23 as part of their grand openings.

The shop at 1107 Cane Bay Blvd. in Berkeley County will host its ceremony at 11 a.m. while the store at 538 Red Bank Road in Goose Creek will snip the ribbon at 2 p.m.

Other locations already open include two in Moncks Corner and one in Summerville. Five others are planned throughout the Charleston region as part of a $50 million investment.

With no independent camera stores remaining in Charleston, a West Ashley studio is hosting a camera company this weekend. Dury's camera shop is coming to the Camera Expo at AccuPhotoLab & Studio at 1757 Savannah Highway 10 a.m.-6 p.m. Friday and 10 a.m.-4 p.m. Saturday.

Look for products from Canon, Nikon, Sony, Fujifilm and Panasonic.

A new workout franchise is eyeing the Charleston region.

RockBox Fitness, which combines boxing, kickboxing and functional training into high-energy group workouts, plans to open a new location in Mount Pleasant early next year. The address has not been announced.

Former AdvantaClean founder and CEO Jeff Dudan and his brother, former Carolina Panthers finance chief Mike Dudan, have signed a development deal for five RockBox sites throughout North Carolina and South Carolina. The first is opening in Greensboro in November. The locations of the other three sites have not been announced.

Huntersville, N.C.-based RockBox has other locations in South Carolina in Lexington and Rock Hill. Thirteen other sites can be found from Virginia and North Carolina to California. Another is planned for Decatur, Ga.

Another new nail shop is coming to North Charleston.

Park Circle Nails and Spa plans to open at 1020 E. Montague Ave.  An opening date has not been announced.

A downtown Charleston florist will give away 100 bouquets, two each, to the first 50 customers next week as part of the national Petal It Forward program.

Tiger Lily at 131 Spring St. will open at 10 a.m Oct. 23 with the free flowers as part of a partnership with the Society of American Florists for a random-acts-of-kindness campaign.

“People love to get flowers ‘just because’ so we wanted to create random smiles ... and give people a chance to do the same for someone else,” said Lisa Hays Holmes of Tiger Lily.

By giving away two bouquets, the florist encourages the recipient to share one with someone else.