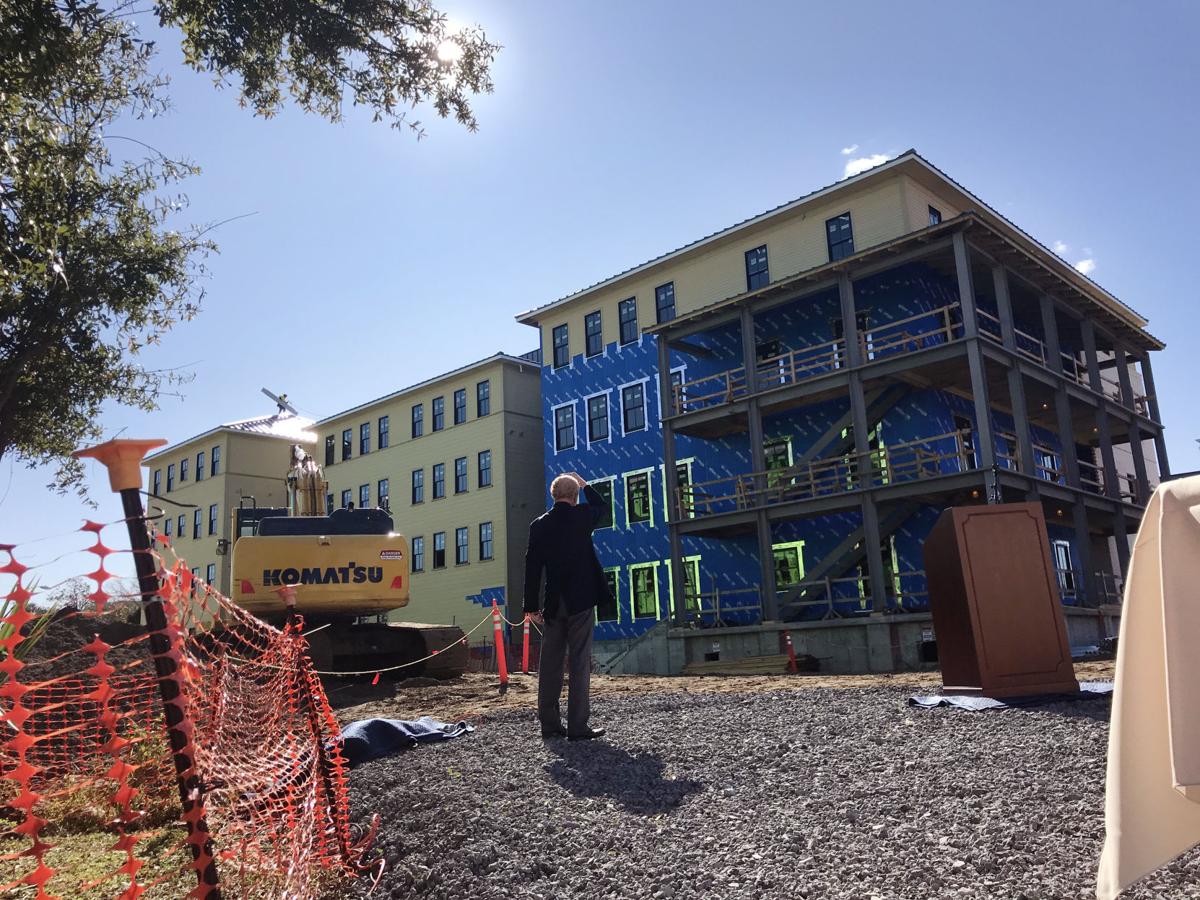 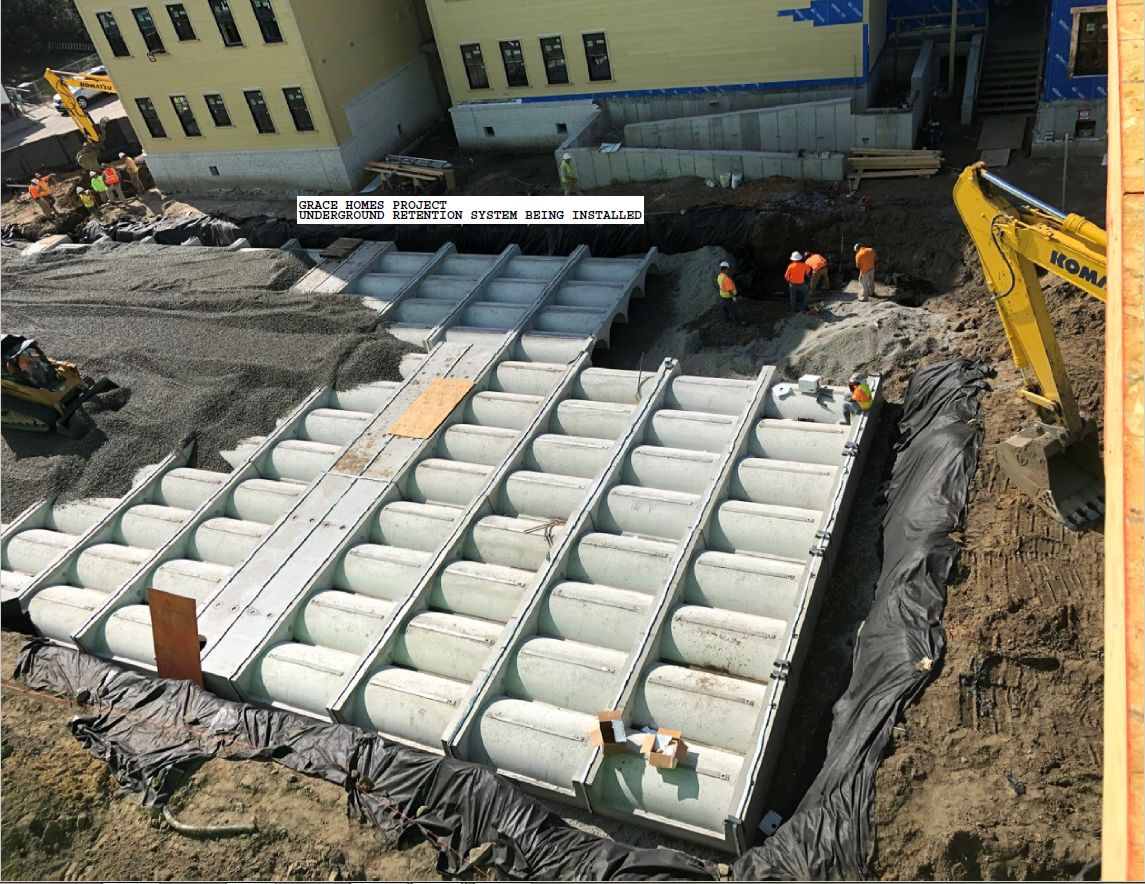 Over 100 underground storm water storage tanks under the future parking lot of an affordable housing apartment complex on Charleston's East Side are supposed to help with area flooding. They were installed by Allston Farrell. MB Kahn/ Provided

Two new affordable housing apartments on Charleston's East Side come with more than 100 underground stormwater storage tanks — a flood prevention measure city leaders hope others will mimic as they develop or redevelop their property.

The buried storage tanks can hold about as much water as a standard retention pond.

The tanks are beneath what will be the Charleston Housing Authority's Grace Homes parking lot. Their use is one recommendation outlined in a flooding analysis report by Dutch experts this year.

Given the location of the two 62-unit apartment buildings — an old creek bed — Mayor John Tecklenburg said it's a good alternative.

"We're doing what the city is asking everyone to do now — no harm to your neighbors within your drainage basin, take care of the stormwater on your site so that we reduce the risk of flooding in the future," Tecklenburg said.

The underground tanks account for about $300,000 of the project's roughly $19 million cost.

Water that accumulates in the tanks slowly will be moved into the city's drainage system.

The city turned the former state Department of Transportation site over to the Charleston Housing Authority and contributed another $2 million for the project. M. B. Kahn Construction Co. is the contractor.

Councilman Robert Mitchell, who represents residents in the area, said there's a need for affordable housing on the East Side.

"We have a lot of people here working in hospitality industries and in the hotels and places like that, and they can't find places in the city of Charleston anymore," Mitchell said.

Housing Authority CEO Don Cameron said the project is expected to be completed by next summer, with rental applications available as soon as early April.

The two buildings include about 67,588 square feet. One building has 40 units and the other 22. There's a community laundry room, terrace, four loft units and four units in compliance with the Americans with Disabilities Act.

Each unit will have a refrigerator, range stove, microwave, garbage disposal and vinyl flooring. Units will be one, two or three bedrooms.

To continue the theme of the north and south East Side neighborhoods once separated by the Grace Bridge, the two buildings have metal pitched roofs, and will include a linear park called the Path to Grace.

The 62 units are part of 292 new units scheduled and proposed for construction on the East Side, including roughly 60 units that will be built on the same street and named after outgoing Councilman James Lewis.

The city has roughly 150 rental homes and 650 Housing Authority units on the East Side.