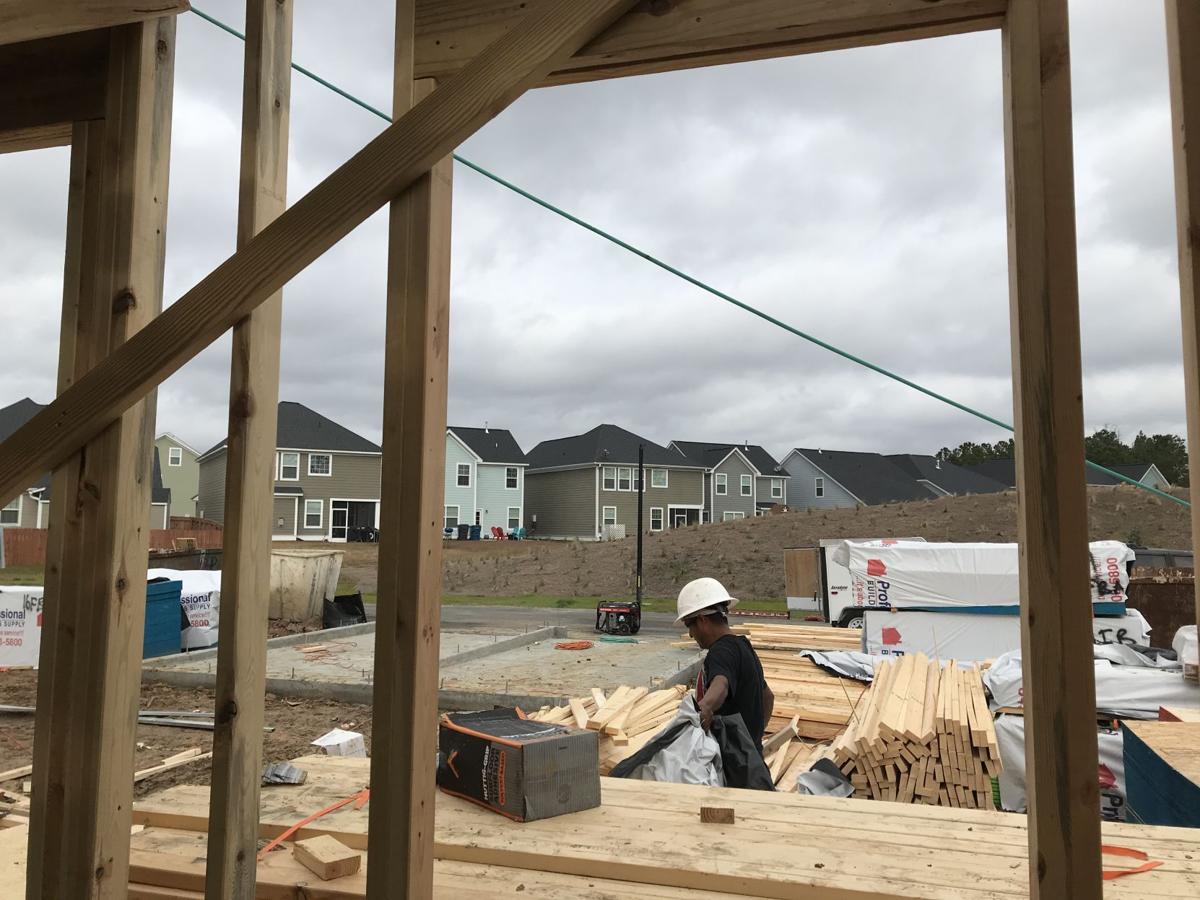 Jose Mendez works on a new apartment development next to already developed houses in Foxbank Plantation in Moncks Corner. About 1,000 more housing units are slated for the development off U.S. Highway 52 near Cypress Gardens Road. Warren L. Wise/Staff 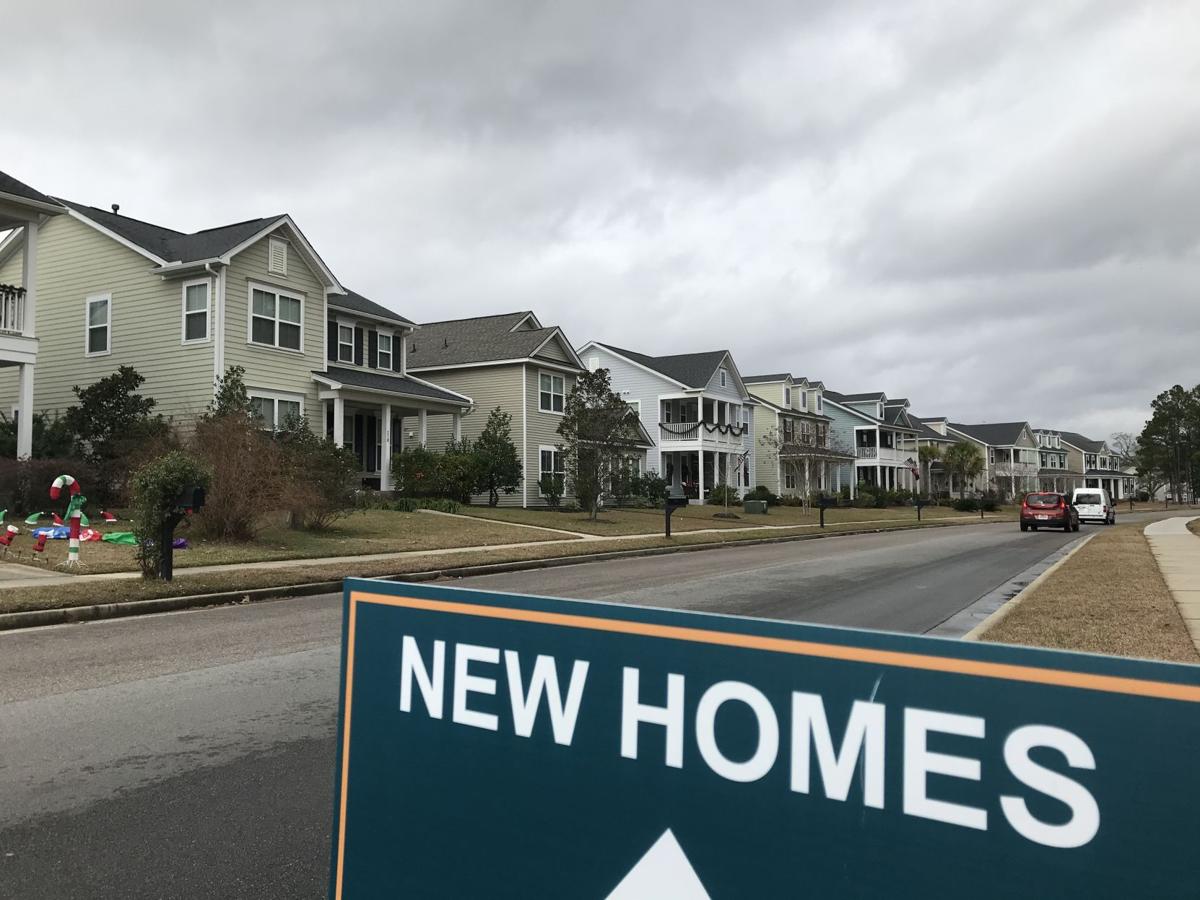 About 1,000 more homes are to be built in Foxbank Plantation in southern Moncks Corner. More than 1,400 houses are already on the ground in the development off U.S. Highway 52 near Cypress Gardens Road. Warren L. Wise/Staff 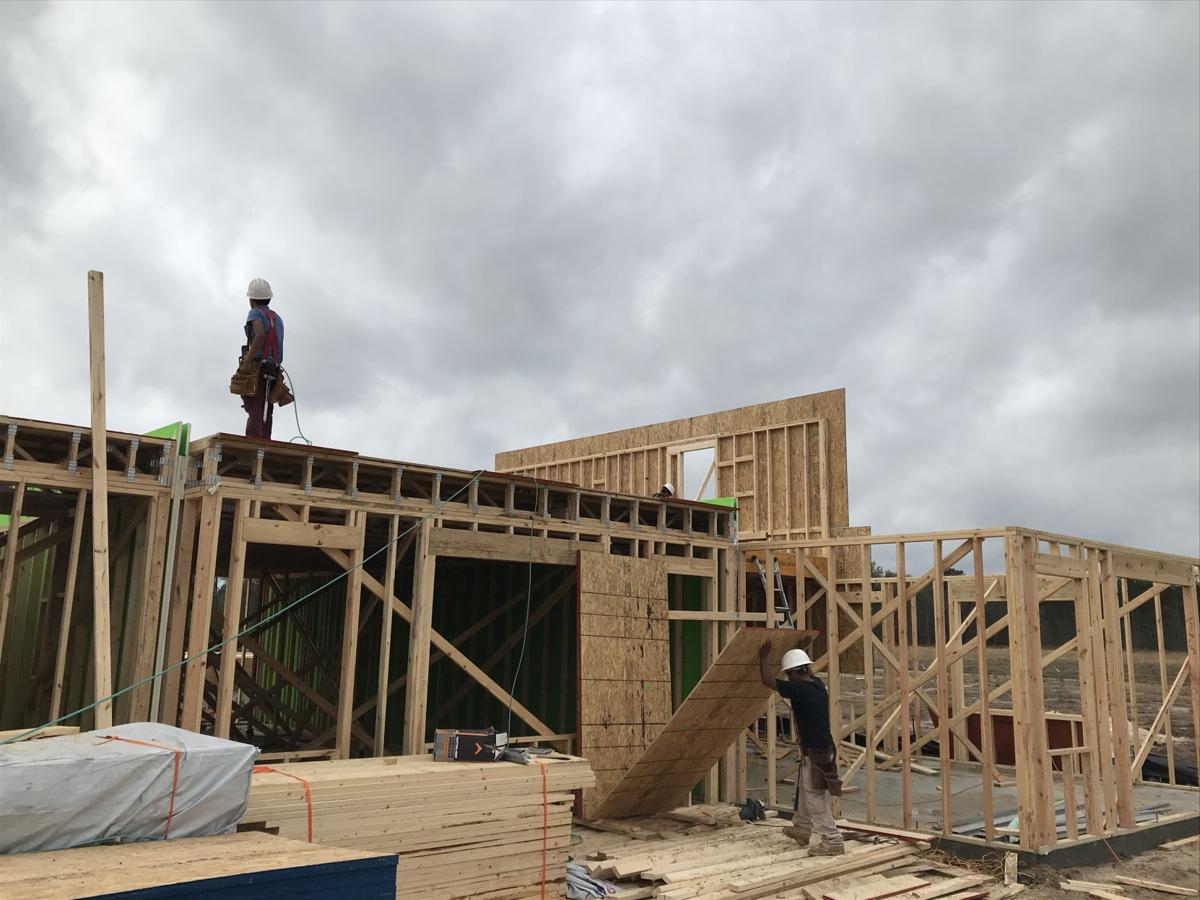 Workers build a new apartment development in Foxbank Plantation in Moncks Corner, which will be home to 2,422 new housing units. Warren L. Wise/Staff 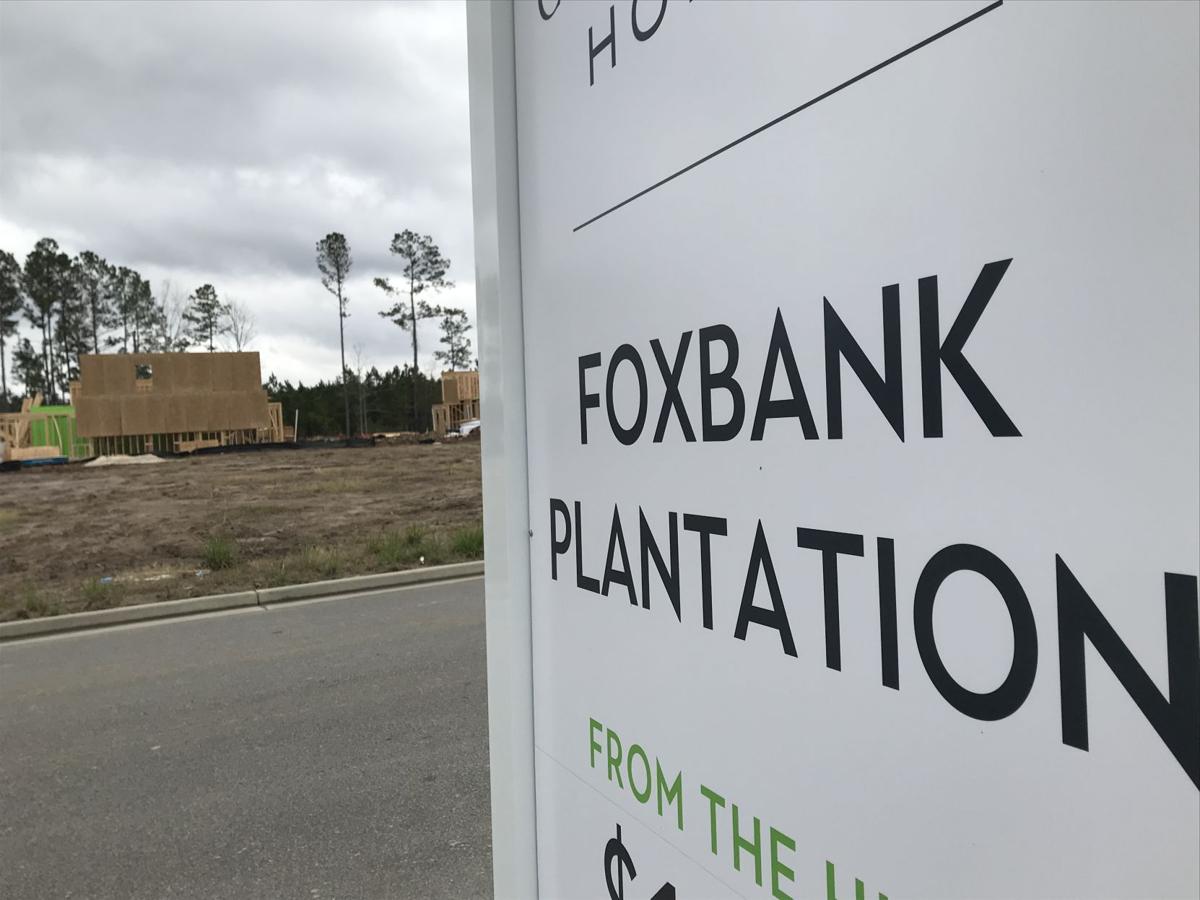 New apartments are being built in the background at Foxbank Plantation in Moncks Corner. Warren L. Wise/Staff

When the nation's second-largest homebuilder bought 342 acres in Moncks Corner this month for up to 850 new houses, it seemed a lot for a town with a population of just over 11,000 residents.

At 2.5 people per household, the new development by Miami-based Lennar Homes will bring at full buildout another 2,125 people — or close to 20 percent more — to the Berkeley County government seat about 30 miles from Charleston.

Lennar's plan for the pine-studded North Fairmont tract at Cypress Gardens Road and Old Highway 52 isn't the only housing project in the works for the sleepy town best known as the headquarters of state-owned utility Santee Cooper.

Nine others are either underway or in the planning stages that, combined, would bring more than 3,000 other new homes to the town that now stretches from its northern edge on Lake Moultrie to as far south as a few miles within reach of Goose Creek.

If all are built, Moncks Corner would add close to 10,000 new residents, boosting its population to more than 21,000.

That would propel the small town from its No. 50 on a ranking of the state's municipalities by population to about the size of Lexington near Columbia, which is at No. 27.

Some of the proposed developments are in the town's traditional core where U.S. highways 52 and 17-A and S.C. highways 6 and 402 come together. Others are scattered along the town's expanding limits southward about 6 or so miles to Cypress Gardens Road and beyond.

One of the largest is Foxbank, where 2,422 housing units have been approved just south of the county landfill off of Highway 52 near Cypress Gardens Road. About 1,000 homes remain to be built, according to Doug Polen, community development director for Moncks Corner.

Another large development is called Carolina Grove on U.S. Highway 52 on about 340 acres of the former Carolina Nurseries site across from Moss Grove and other housing developments. About 650 homes are proposed for that property.

The land, owned by an affiliate of The InterTech Group Inc. of North Charleston, isn't within town limits yet, but Moncks Corner Town Council approved the first of two votes on Dec. 17 to annex the property as a planned-unit development for single-family homes, general commercial businesses and light industry. Final approval is scheduled for January, Polen said.

And another 250 homes are slated for Fairlawn Estates in the more traditional part of Moncks Corner while 155 remain to be built in Oakley Pointe off Highway 52 near Oakley Road and 50 more in nearby Riverstone.

About 583 more units are either townhomes or apartments slated for different parts of the town.

Polen said it wouldn't shock him if even more developers come forward.

"The town is very receptive to people wanting to move here," he said.

As housing costs in Charleston and other areas closer to the Holy City climb, builders, buyers and renters look farther away for more affordable options. Polen said Moncks Corner doesn't want to be the place of last resort.

He also said the town has made it clear to developers that it doesn't want a bunch of cookie-cutter neighborhoods.

"We don't want them to be generic," he said. "We want something with more architectural interest, with more amenities and with more tree preservation. We want people to live here because it's a nice community."

He also said the town knows that it must expand its municipal boundaries to broaden its tax base, pay for government services and maintain its fiscal health.

"We know, unless people choose to annex, there is not a lot of room for us to grow," Polen said.

Homebuilder Lennar buys large tract near Charleston for $12.5M for up to 850 housing units

Land prices and regulatory costs are the two largest factors in housing affordability. Moncks Corner and its surrounding areas have an abundance of undeveloped land that's less expensive than places closer to Charleston. It also doesn't take as long to get a project off the ground, Arnold said.

"The development process works faster in Moncks Corner than in places like the city of Charleston, especially for large-tract developments," he said.

As development moves farther out from Charleston's urban core, the cost of housing increases as the amount of land in desirable locations declines.

The median price of homes selling in November across Berkeley County was $227,000, according to the Charleston Trident Association of Realtors. While on the rise, it's still below the region's median price of $268,000.

"It's definitely not cheap," Arnold said, referring to housing costs in the entire Charleston region.

By all accounts, the Charleston area's population will continue to surge. It's growing by 26 new residents a day, not including births, according to the Charleston Regional Development Alliance.

"People are moving here for a reason. They are either coming for jobs, or they are retirees," said Polen, who expects that all of the housing projects proposed for Moncks Corner will be built out eventually.

"Ultimately, it will depend on the economy for how long it takes," he said.