A 224-unit Woodfield Investments apartment community with four, four-story buildings and two retail buildings behind a community lawn is planned at Clements Ferry Road and Point Hope Parkway in the Charleston part of Berkeley County. Rendering/Housing Studio/City of Charleston 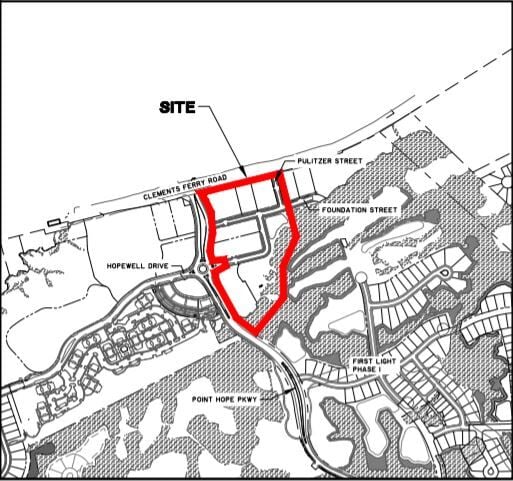 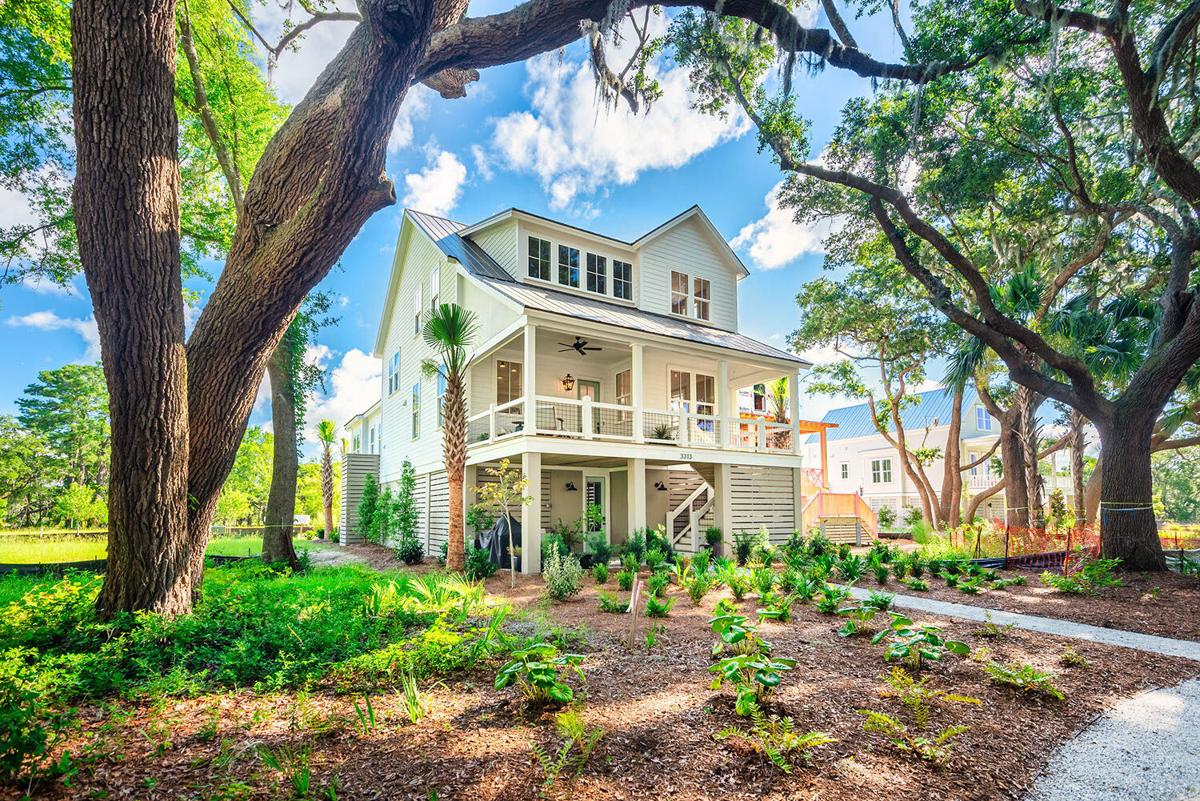 A new apartment development is planned for the growing Point Hope community in Berkeley County.

The 12-acre Woodfield II at Point Hope project includes three, four-story buildings near Clements Ferry and another four-story structure along Point Hope Parkway near the traffic circle at Hopewell Drive.

Between them will be two one-story retail buildings divided by a courtyard. A community lawn will sit along Point Hope Parkway as well.

A planned 1,000-home development on Johns Island sold more homes and lots during the first quarter of 2021 than all of last year.

Kiawah River, a new housing community across from Kiawah Island, reported 49 homes and homesites sold or under contract from January through March.

The influx of new buyers from the Southeast, Northeast, Midwest and Colorado comes at a time of increased interest in the Charleston region as people seek new homes near the coast amid the pandemic. Chris Drury, Kiawah River’s broker in charge, said the company "has seen a significant increase in interest from those prioritizing increased square footage and life on the water" over the past year.

The development's waterfront swim and fitness amenity, Spring House, is expected to be completed this summer. It will be joined later with construction of a chapel, riverfront event hall and inn, and a sports park with tennis and pickleball courts.

An Ohio-based construction firm has moved its Charleston-area operation to the upper peninsula from North Charleston.

Concrete company Donley's of Cleveland recently leased a former fuel truck site at 2209 Mechanic St. near the Rutledge Avenue exit on Interstate 26, according to the commercial real estate firms NAI Charleston and The Beach Co., which handled the transaction for the tenant and landlord, Piney Mechanic LLC of West Virginia.

The concrete firm's former location was at 3300 W. Montague Ave.

The company is currently working on several large construction projects on the peninsula, including The Morris on Morrison Drive and The Cooper hotel next to Waterfront Park in downtown Charleston, among others.

The 1.1-acre new location provides office and warehouse space and a fenced-in yard for equipment to help the expanding company with its future growth needs.

Donley's has other offices in Apex, N.C., and Richmond, Va.

The former Colonial fuel truck site moved farther up the Neck area to Shipyard Creek, according to Will Sherrod with NAI Charleston.