A 208-unit Liberty Senior Living facility is planned on King Street next to Hoffler Place Apartments, left, in downtown Charleston. The property is owned by Evening Post Industries, parent company of The Post and Courier. Rendering/RAMSA/LS3P/City of Charleston

The 92-unit Liberty Senior Living facility at 194 Spring St. in Charleston recently celebrated a topping-out ceremony. Construction is expected to be completed by the fall of 2021. Rendering/Liberty Healthcare Group 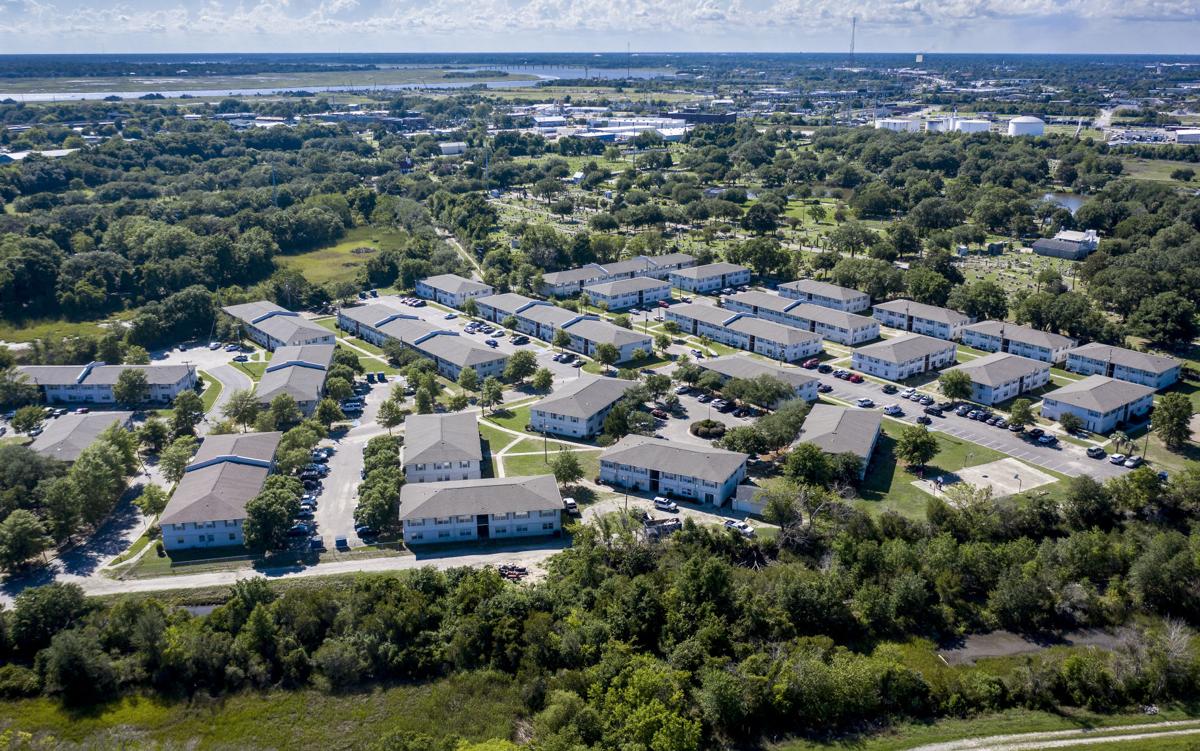 A Texas-based company will renovate the 300-unit, low-income Bridgeview Village Apartments in Charleston after being awarded a $19 million contract. File/Lauren Petracca/Staff

A 208-unit senior living development is in the works for King Street in downtown Charleston as part of the 12-acre Courier Square project.

Wilmington, N.C.-based Liberty Senior Living plans to build a multistory facility on 2.5 acres owned by the parent of The Post and Courier between Line and Spring streets, according to plans submitted to the city of Charleston.

The proposed structure will have 149 independent living units and 59 health care rooms in an adjoining facility.

The planned facility has not been named, and the investment amount was not immediately disclosed, according to Liberty spokesman Dean Dellaria.

"We are still finalizing our plans," added Will Purvis, president of Liberty Senior Living.

Site plans show restaurant and retail spaces along King as well as a courtyard and pool on the project's interior.

The project will provide 216 below-grade parking spaces and 16 on the ground floor. Another 22 are required by the city, and plans call for those to be offered at a nearby parking deck.

The project includes two vehicle access points off Spring and St. Philip streets as well as a motor court on King for the entrance across from Columbus Street.

The site, which is owned by Evening Post Industries, currently is used as a parking lot, houses a one-story building and is bisected by Rodgers Alley.

An adjacent phase of Courier Square shows 315 apartments in three buildings at King, Line and St. Philip, just north of the Liberty site.

Both projects are making their way through the city review process.

The Liberty development on King will mark its second undertaking on the peninsula.

The company and Trident Construction recently held a topping out ceremony for a six-story, 92-unit senior housing project at 194 Spring St., near the Medical University of South Carolina. The $46 million complex will include 71 assisted-living and memory care residential units and 21 skilled-nursing-care rooms on the upper floors.

The project is expected to be completed by the fall.

The work will include interior and exterior renovations over 23 months.

Exterior repairs or replacements are planned for the parking lot, sidewalks, lighting systems, fencing and other elements. The interior makeovers will include new central heating and air conditioning systems, plumbing and electrical upgrades, flooring and doors. Kitchens and bathrooms also will be overhauled.

Also, a community center will be constructed and will include fitness and business areas.

Bridgeview Village is being developed by a partnership led by Standard Communities.