A view from Romney Street of the proposed Atlantic on Romney Apartments shows the nine-story, 304-room structure that's expected to break ground in April on the Charleston peninsula. The development's original design from 2019 of four buildings connected by skyways has not changed, according to Adam Monroe of Middle Street Partners. Rendering/BlueLime Studio/Sotille & Sotille 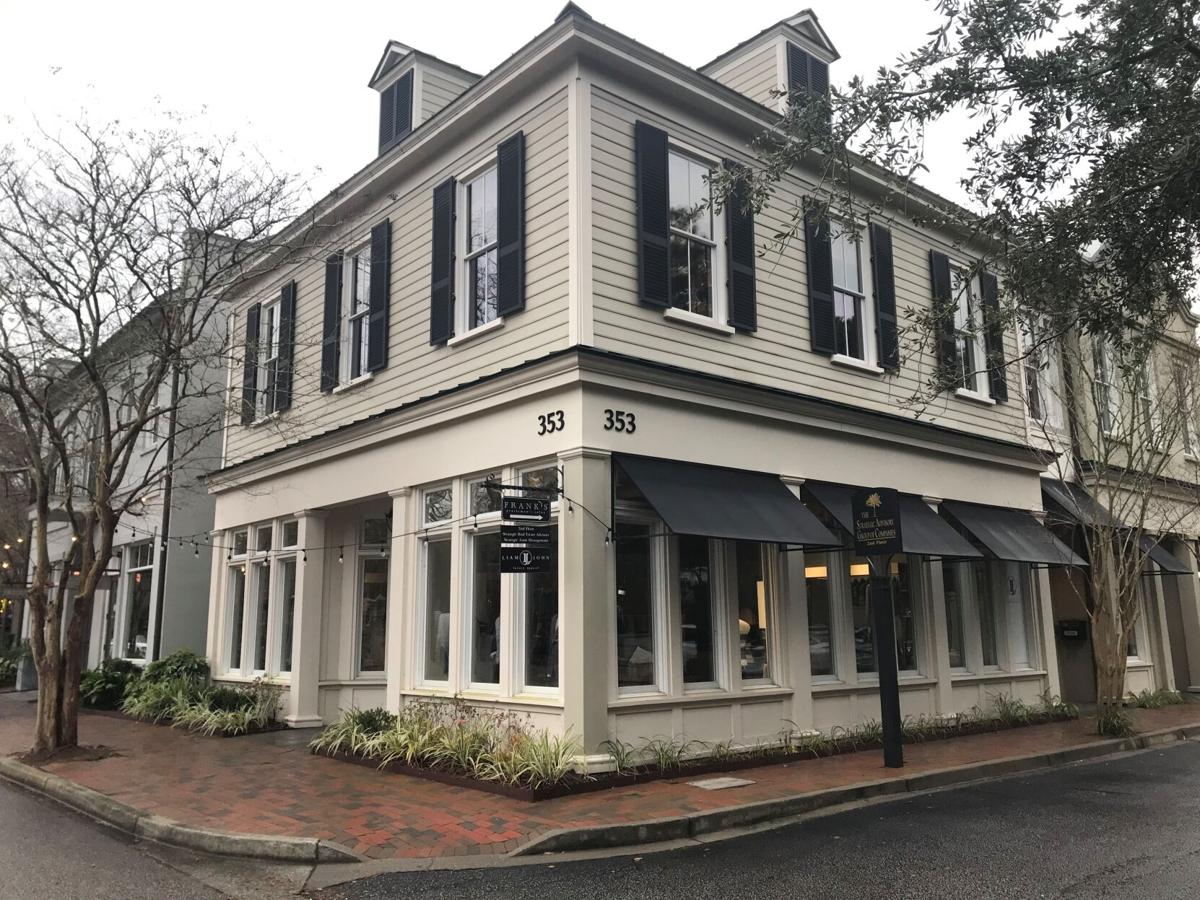 William Means Real Estate recently bought the 4,000-square-foot building at 353 N. Shelmore Blvd. for $1.585 million and will move into the front half of the structure, both downstairs and upstairs, after renovations are completed in November. Warren L. Wise/Staff

Another large apartment project soon will begin to take shape on Charleston’s upper peninsula at a cost of $100 million.

Charleston developer Middle Street Partners plans to build a 304-unit, nine-story building at 55 Romney St. in April. It will be called Atlantic on Romney.

An affiliate of Middle Street paid $8.7 million in 2018 for the site that housed the 144-year-old Roberts Supply Co. until it closed in 2015. The development price includes the land cost.

The project has always consisted of four connected buildings, but the height has been increased to nine floors from eight and 44 more apartments were added from the original plan, said Adam Monroe with Middle Street.

Units will include studio to three-bedroom apartments. The monthly rental rates are expected tentatively to range from $1,600 to $2,400 except for a dozen units that will be priced at about $2,800, he said. Construction is expected to take about two years.

One of Charleston's oldest real estate firms is passing the torch and moving its headquarters to Mount Pleasant.

Lyles Geer is taking over ownership of William Means Real Estate from his mother, longtime owner Helen Geer. He also is now the firm's president.

Additionally, the company will relocate its longtime office from 41 Broad St. in downtown Charleston to a newly acquired building at 353 N. Shelmore Blvd. in the I'On community of Mount Pleasant. Lyles Geer recently bought the two-story structure for $1.585 million.

The retail shop is expected to relocate elsewhere in August, when construction will begin on renovating the front half of the building, both downstairs and upstairs, for the new firm, according to Lyles Geer. Three upstairs office tenants in the rear of the building will remain along with the grooming business.

William Means operates a second Lowcountry office in a leased space in I'On around the corner on Civitas Street. That office will be folded into the newly acquired site in November, when construction is expected to be completed.

The firm plans to put the 4,800-square-foot, three-story structure on Broad Street on the market for $3.25 million. It includes four separate electric meters and a nine-space parking lot in the rear off Elliott Street.

Lyles and his mother said the decision to vacate the downtown site was difficult, but they decided it was in the company's best interests.

"If we feel that we need to have a business downtown, we will do that," she said. "At this point, I don't know that that will be necessary."

With her son now leading the company, the 49-year industry veteran will continue as an executive broker.

"William Means has always been a company that has held strong to the principle of integrity through dramatic changes," she said. "That principle has sustained our firm over years, decades and generations. To know that my son will continue on that legacy and tradition is of paramount importance to me and our entire team of agents."

When Helen Geer took the company's reins nearly three decades ago, the internet was first getting established. She paid $500 to secure the domain name of charlestonrealestate.com. She also saw the explosive interest in the East Cooper area and opened the current office in I'On.

"When my mother became the third owner of William Means, she had a vision and philosophy of integrity and clients coming first above all else," Lyles Geer said. "I plan to carry on these principles with our esteemed team of agents for years to come."

Founded in 1933, William Means Real Estate is an exclusive affiliate of Christie’s International Real Estate. While most of its residential transactions are $1 million or more, the firm handles home sales for a variety of price points throughout the region.