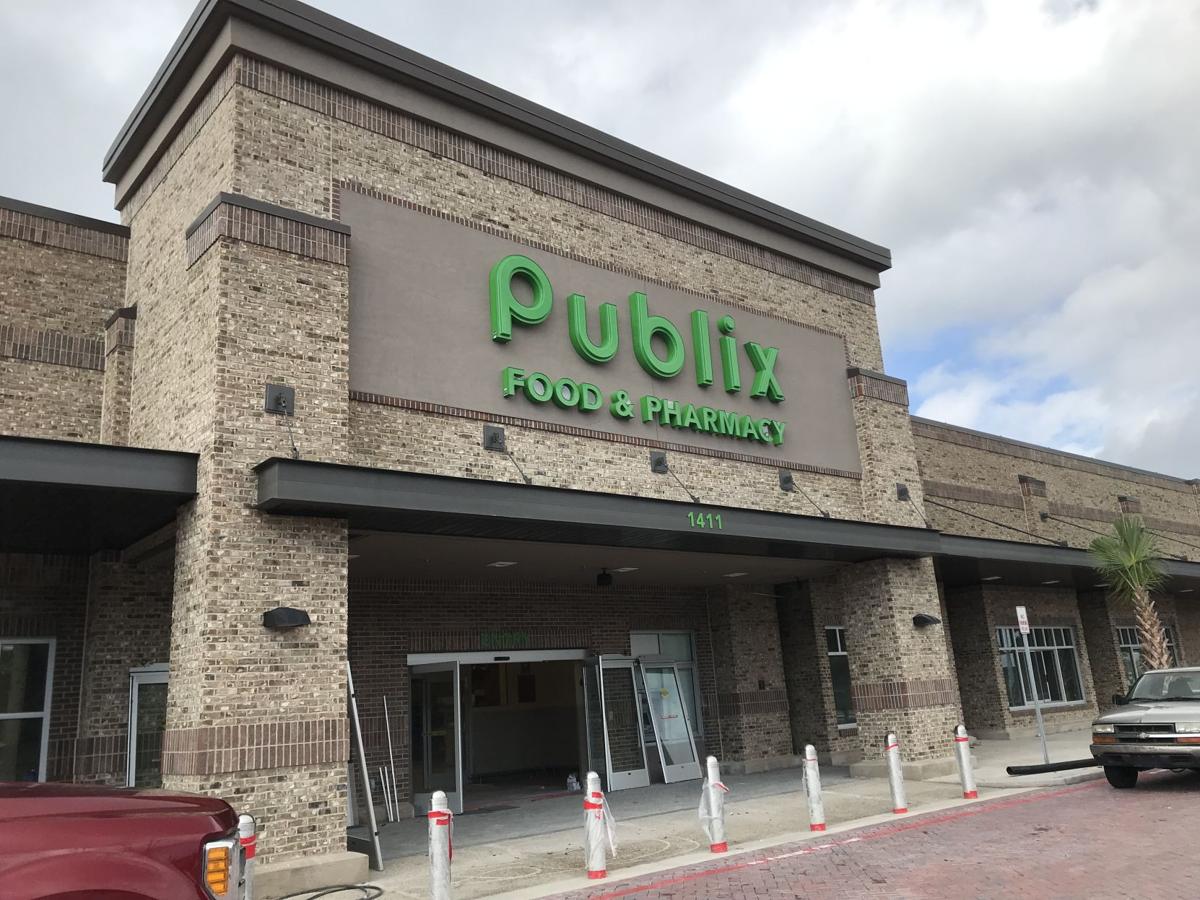 Construction continues on the new Publix supermarket on Folly Road on James Island. An opening date has not been announced, but the Florida-based company is trying to have it ready before Thanksgiving. Warren L. Wise/Staff 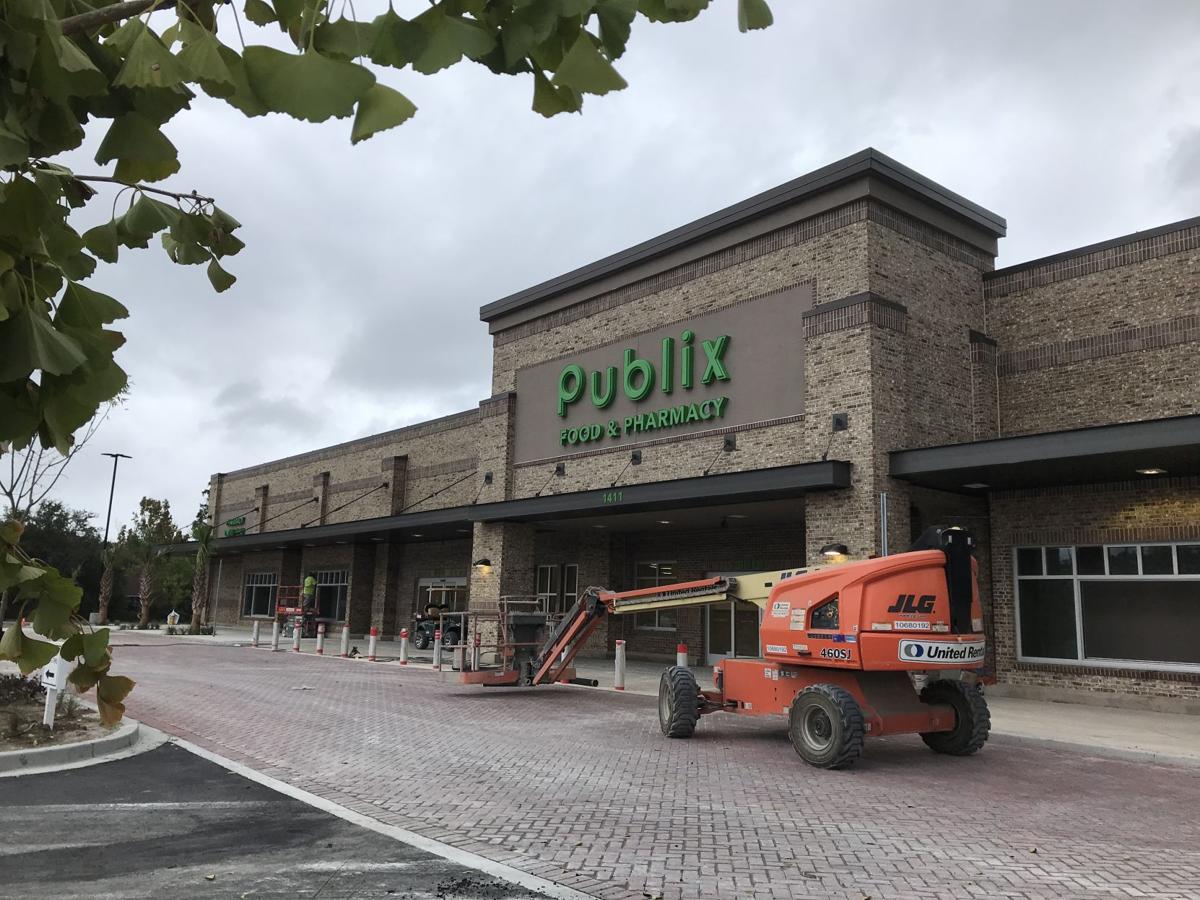 Construction on the new Publix supermarket on James Island continues as the Florida-based chain plans to open its fourth new grocery store in the Charleston region later this year. Warren L. Wise/Staff 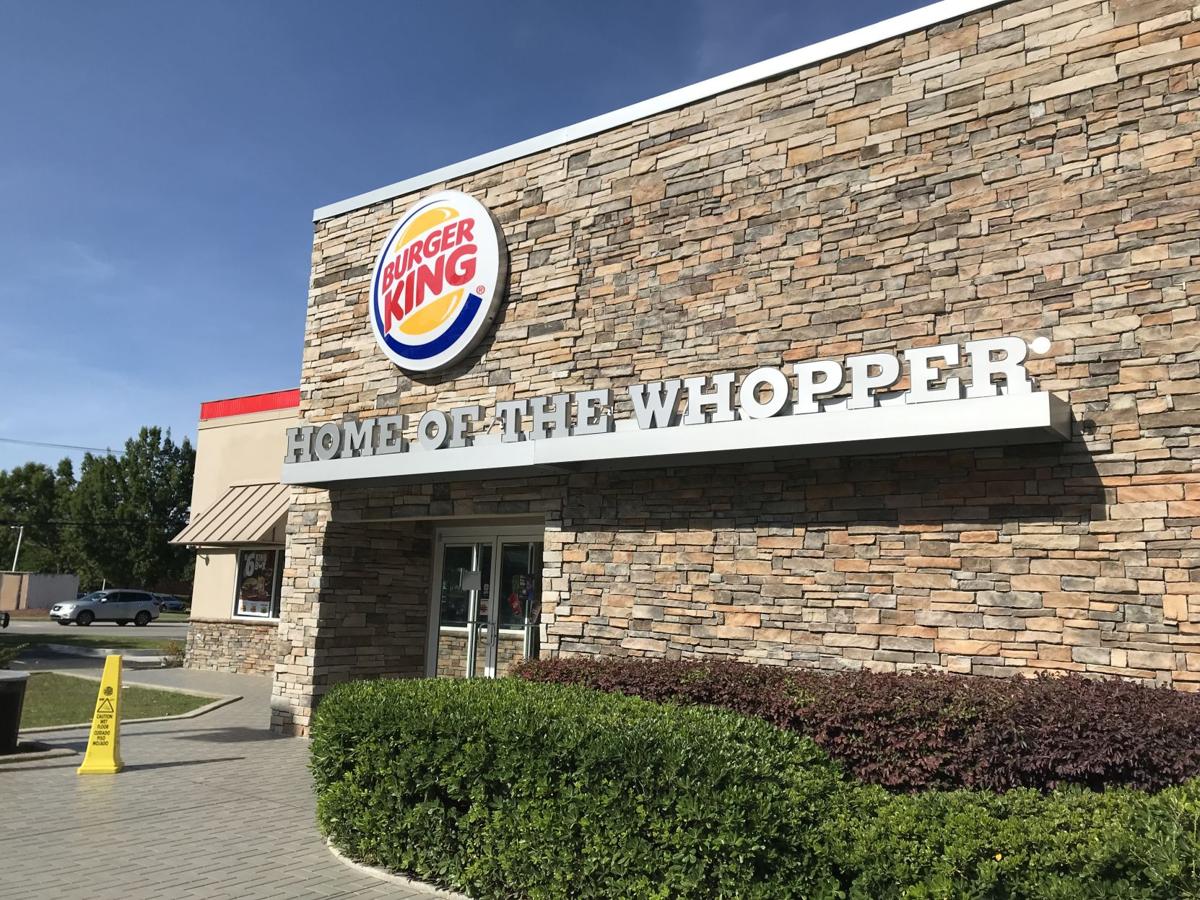 Burger King at 1601 Trolley Road in Summerville is one of 10 restaurants in the U.S. selected to offer a Ghost Whopper for a limited time starting Thursday. File/Warren L. Wise/Staff 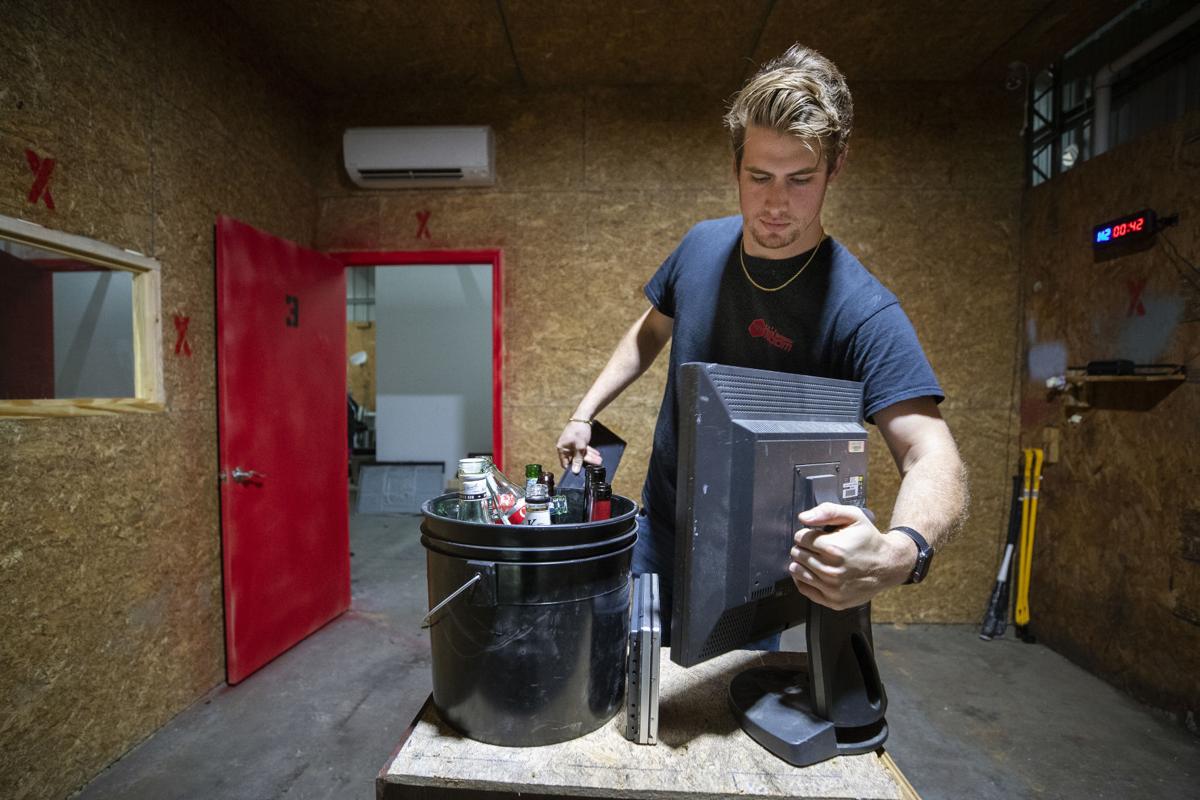 Cole Wadsten, owner of The Break Room, in West Ashley, sets up items to be smashed. File/Lauren Petracca/Staff 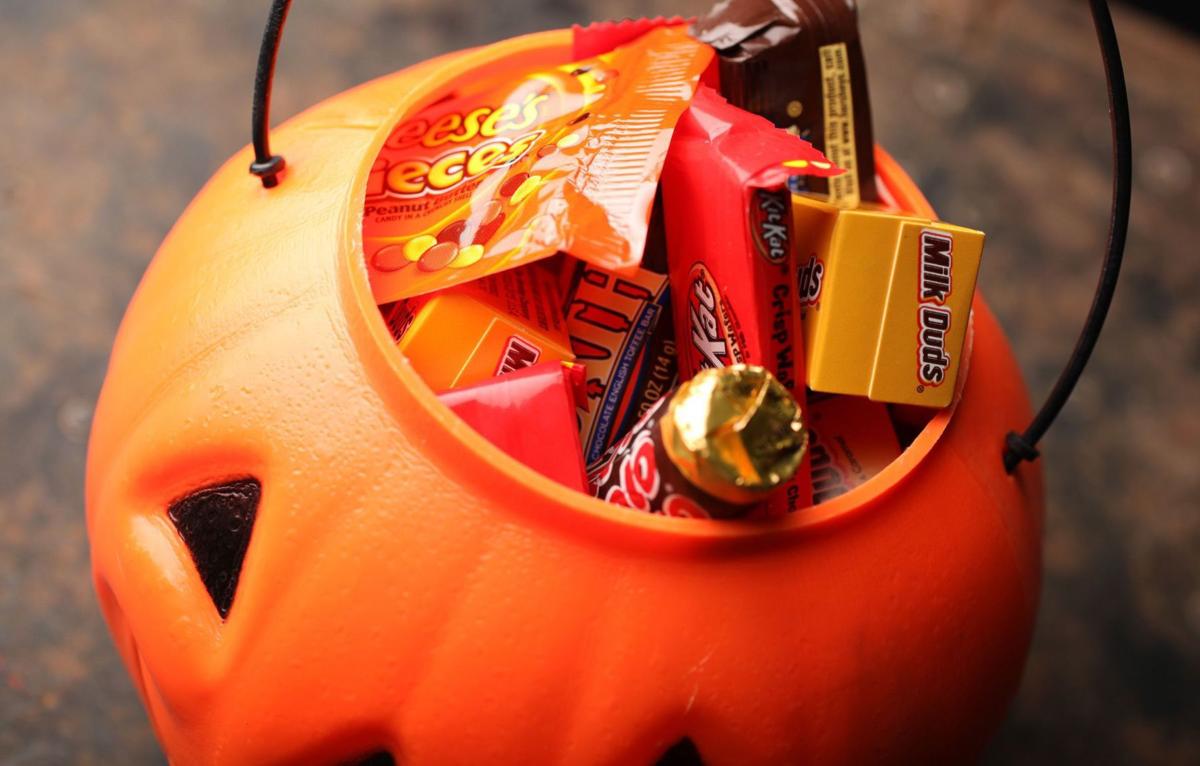 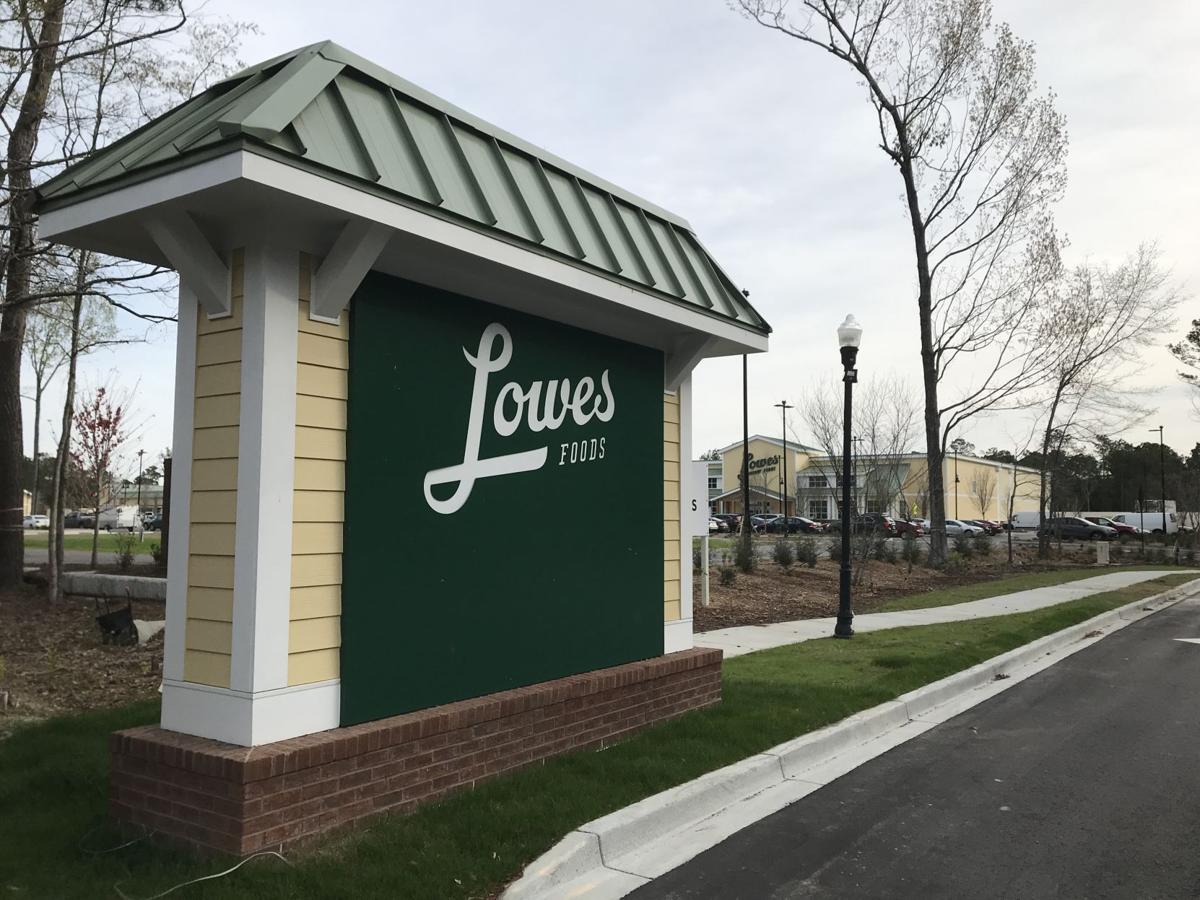 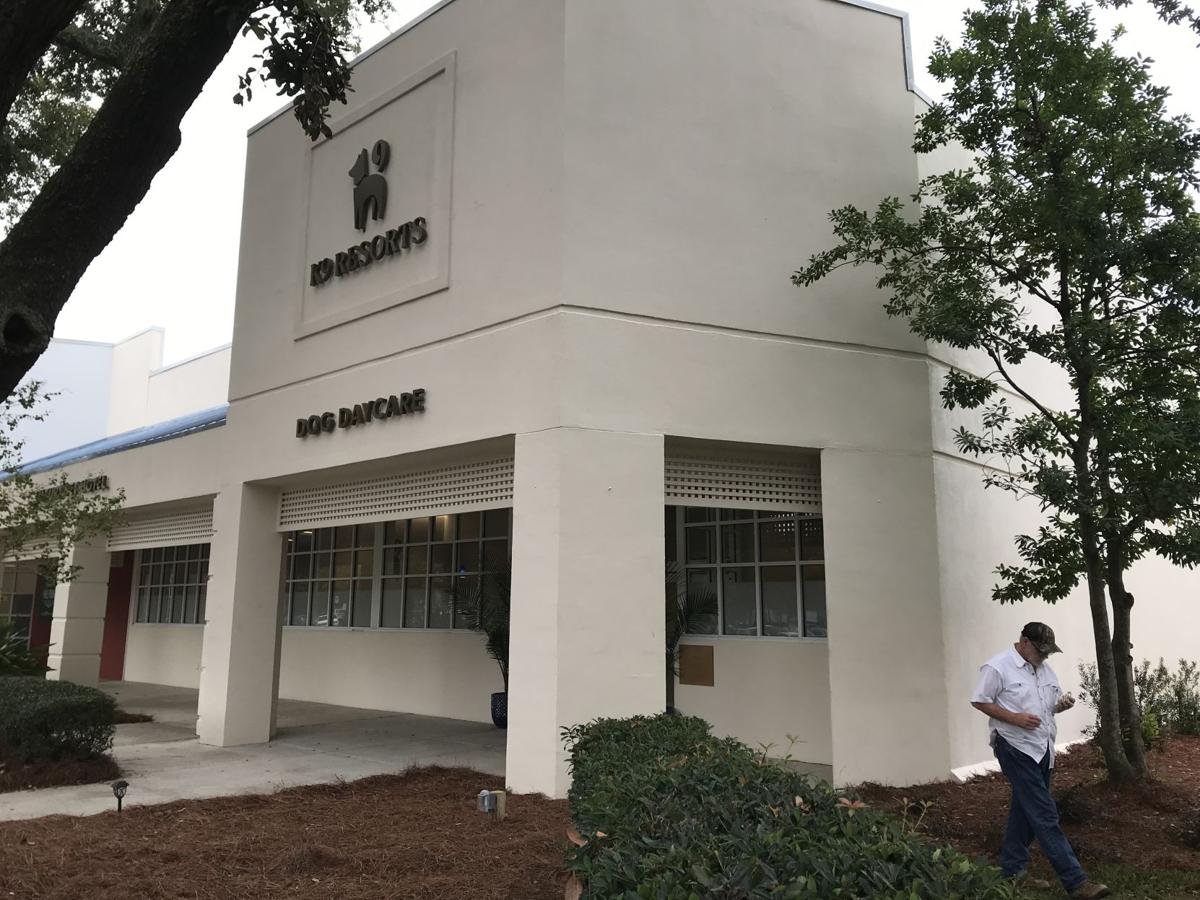 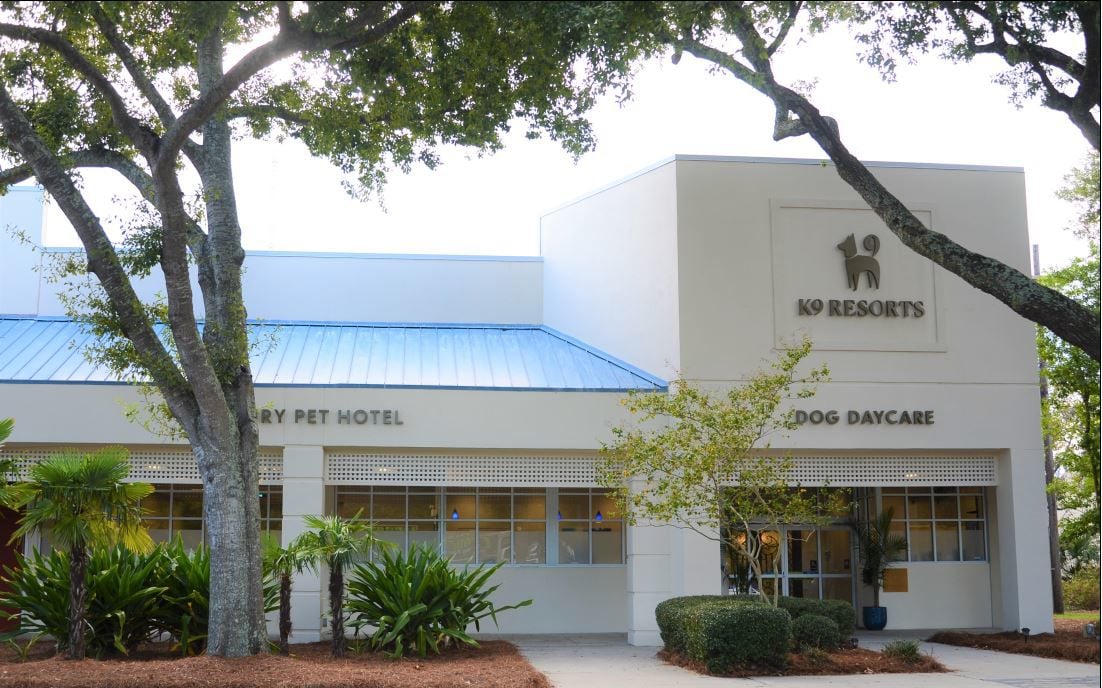 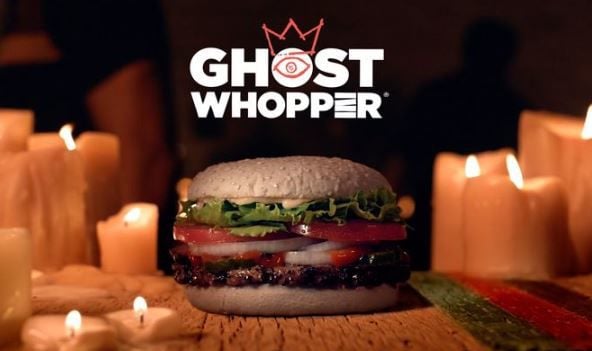 Burger King's limited-time Ghost Whopper will be offered at 10 U.S. locations starting Thursday, including a restaurant on Trolley Road in Summerville that closed earlier this year but has since reopened. Provided/Burger King

Construction continues on the new Publix supermarket on Folly Road on James Island. An opening date has not been announced, but the Florida-based company is trying to have it ready before Thanksgiving. Warren L. Wise/Staff

Construction on the new Publix supermarket on James Island continues as the Florida-based chain plans to open its fourth new grocery store in the Charleston region later this year. Warren L. Wise/Staff

Publix has already opened two new supermarkets and a specialty shop in the Charleston region this year. Another is on the way.

The Florida-based chain recently held a hiring event for the future store in the new Riverland Market Shopping Center at 1411 Folly Road on James Island.

An opening date has not been announced, but the store is trying to be upfitted in time for a pre-Thanksgiving debut, at least that's the tentative schedule, according to a store worker. The redeveloped location once served as a boat-storage site. New outparcel buildings are under construction as part of the reworked site as well.

The other Publix locations to open this year include the WestEdge development at Spring and Lockwood on the peninsula,  the new Point Hope Commons Shopping Center in Cainhoy Plantation on Clements Ferry Road and the company's organic GreenWise Market store in Mount Pleasant.

Another is in the works on Beech Hill Road across from the developing Summers Corner community south of Summerville.

The 8,900-square-foot luxury pet hotel at 918 Houston Northcutt Blvd. is a first for the company in South Carolina.

Tours of the facility will be offered, and attendees can talk with former veterinary technician Kim Tryon, who owns the facility.

Charleston Animal Society also will be on site to share information regarding its partnership with K9 Resorts.

New Jersey-based K9 Resorts has 35 locations along the East Coast.

Burger King has not had a good year in the Charleston-area, with many of its restaurants shutting down for various financial reasons.

But the Miami-based, fast-food giant hopes to scare up reinvigorated sales with the introduction of a new Halloween-themed burger for a limited time at 10 locations across the U.S., including one in the Charleston area that closed earlier this year but has since reopened.

The fast-food firm's Ghost Whopper can be found starting Thursday at 1601 Old Trolley Road in Summerville, the only location in South Carolina.

The burger, priced at $4.59, is a quarter-pound of grilled beef topped with tomatoes, lettuce, mayonnaise, ketchup, pickles and white onions on a white cheddar cheese-flavored, white sesame seed bun.

A Burger King franchisee from Atlanta recently closed six money-losing restaurants throughout the Charleston market, including one in Summerville, two in West Ashley and three in North Charleston.

Earlier this year, five others, including the Trolley Road location, closed in a dispute over an unpaid loan through a different franchisee. It later reopened under new management along with another restaurant in Moncks Corner. Two others in Summerville remain closed, while a third location in Mount Pleasant will become the site of a bank.

A new dining venue is on the way to one of Charleston's historic plantation homes.

The founder of Oh So Gelato food truck and a collective of food trucks called Wonder Trucks plans to open the Garden Cafe at Drayton Hall as soon as she gets the go-ahead from the city's licensing office.

Paula O'Reilly hopes to launch the 400-square-foot cafe before Halloween. It seats 15 and will be open seven days a week.

Patrons also don't have to buy a ticket to Drayton Hall to dine there. O'Reilly plans to use local produce and incorporate gardening skills from college students.

The cafe will offer soups, salads and sandwiches made fresh daily and also become a storefront for her gelato offerings.

Also, through a deal with Drayton Hall, O'Reilly said catering requests will have to go through the cafe, so she can point people toward food trucks in the collective she oversees.

The Oh So Gelato food truck also isn't going away. The Mount Pleasant resident plans to operate it in the evenings after the Drayton Hall cafe closes.

More than 600 Walmart stores nationwide, including two in Mount Pleasant, are participating in the Drug Enforcement Agency's National Prescription Drug Take Back Day, to help fight the opioid crisis in the U.S.

Patients can safely dispose of unwanted, unused or expired prescription medications through local law enforcement, which will be set up in parking lots 10 a.m.-2 p.m. Saturday at 1481 U.S. Highway 17 in Wando Crossing Shopping Center and at 3000 Proprietors Place in the Market at Oakland Shopping Center.

The mixed-use Oyster Park development in Mount Pleasant has landed a new tenant.

Contemporary women's boutique Love Bella is now open at 1410 Shucker Circle off Ben Sawyer Boulevard and Rifle Range Road, according to Charles Constant with Robertson Howland Properties, which represented the property owner, an affiliate of Dewberry Group. The retailer has two other locations in New York.

The Market at Mill Creek, anchored by Lowes Foods supermarket and featuring several other shops, including Starbucks, will toast its arrival with loads of family-friendly activities.

The shopping center, a product of Adams Property Group and Armada Hoffler Development, can be found at 2100-2118 S.C. Highway 41.

Fall in the mall

Citadel Mall will host a Lowcountry Halloween Fest from noon to 6 p.m. Sunday.

Dozens of businesses will be handing out candy during the free event. Look for bounce houses, photo booth, balloon animals, face painting, games and other activities. The first 1,500 trick-or-treaters are guaranteed candy.

Breaking stuff this weekend can help support victims of domestic violence in Charleston.

The Break Room at 1947 Belgrade Ave. in West Ashley, where you can smash anything you want, is celebrating its grand opening 1-4 p.m. Saturday with live music and a local food truck.

All of the proceeds will benefit My Sister's House, a women's center for domestic violence victims.

"Some people run or play sports to release that extra energy," said Tosha Connors of My Sister's House. "The Break Room provides that fun and thrill in a different way that still doesn’t cause harm or issue to anyone else."

Participants also can buy tickets to use a bat or crowbar to smash a car donated by Don's Car Crushing. Smashing sessions run 15 or 30 minutes, alone or with a friend. Safety gear is included and videotaping is allowed. It's open seven days a week.