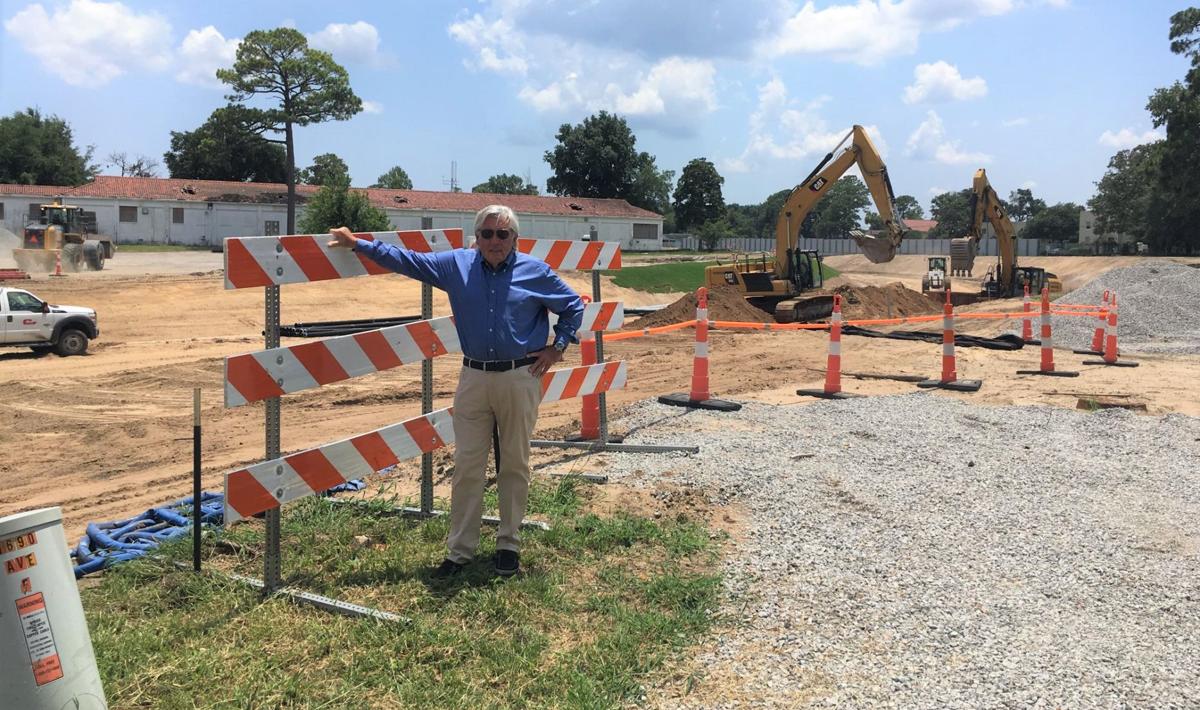 Mike Turner stands at the edge of the Palmetto Railways construction site near the backyard of his former Navy Base home. David Wren/Staff 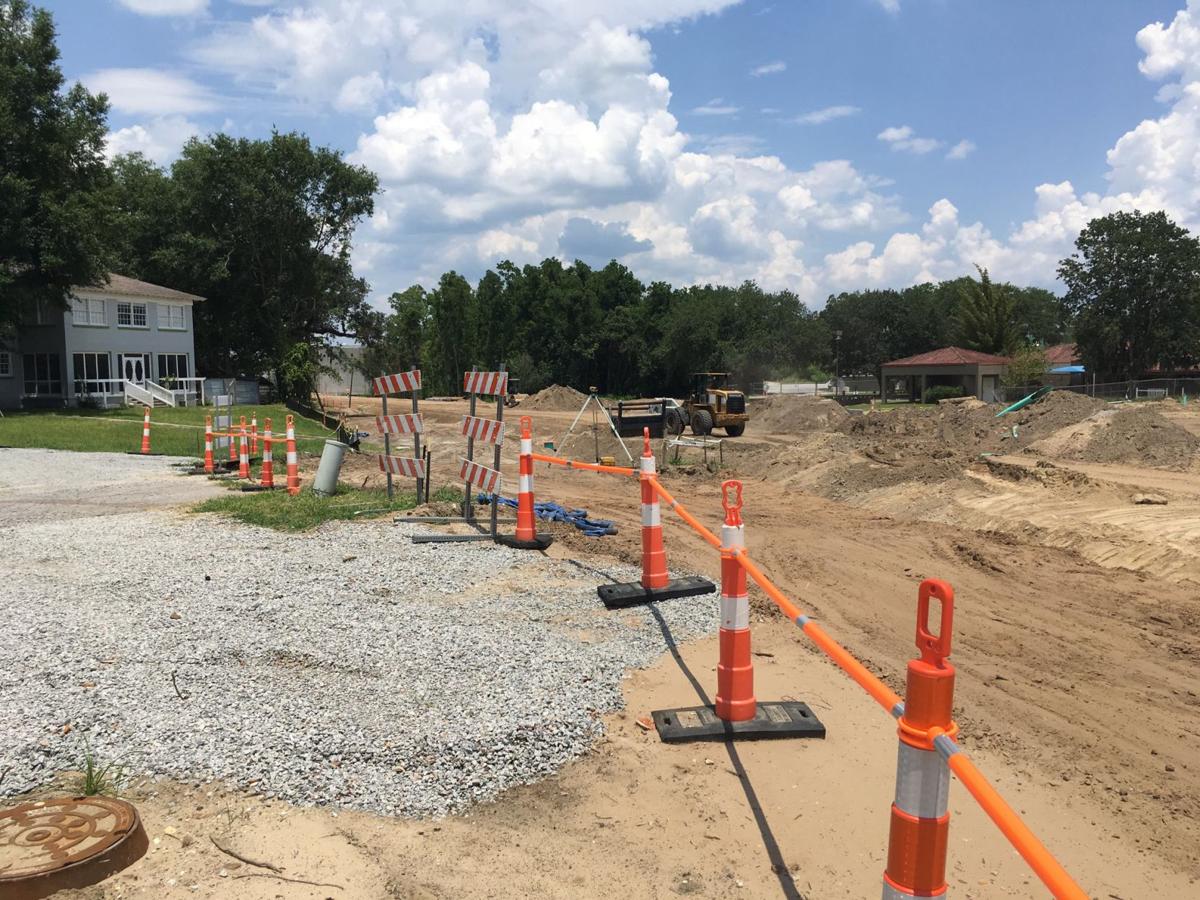 Palmetto Railways is building a $300 million rail yard at the former Navy Base in North Charleston to serve a new container terminal at the Port of Charleston. Some of the new rail tracks will be constructed near the back yards of several homes that used to serve as officer's quarters. David Wren/Staff 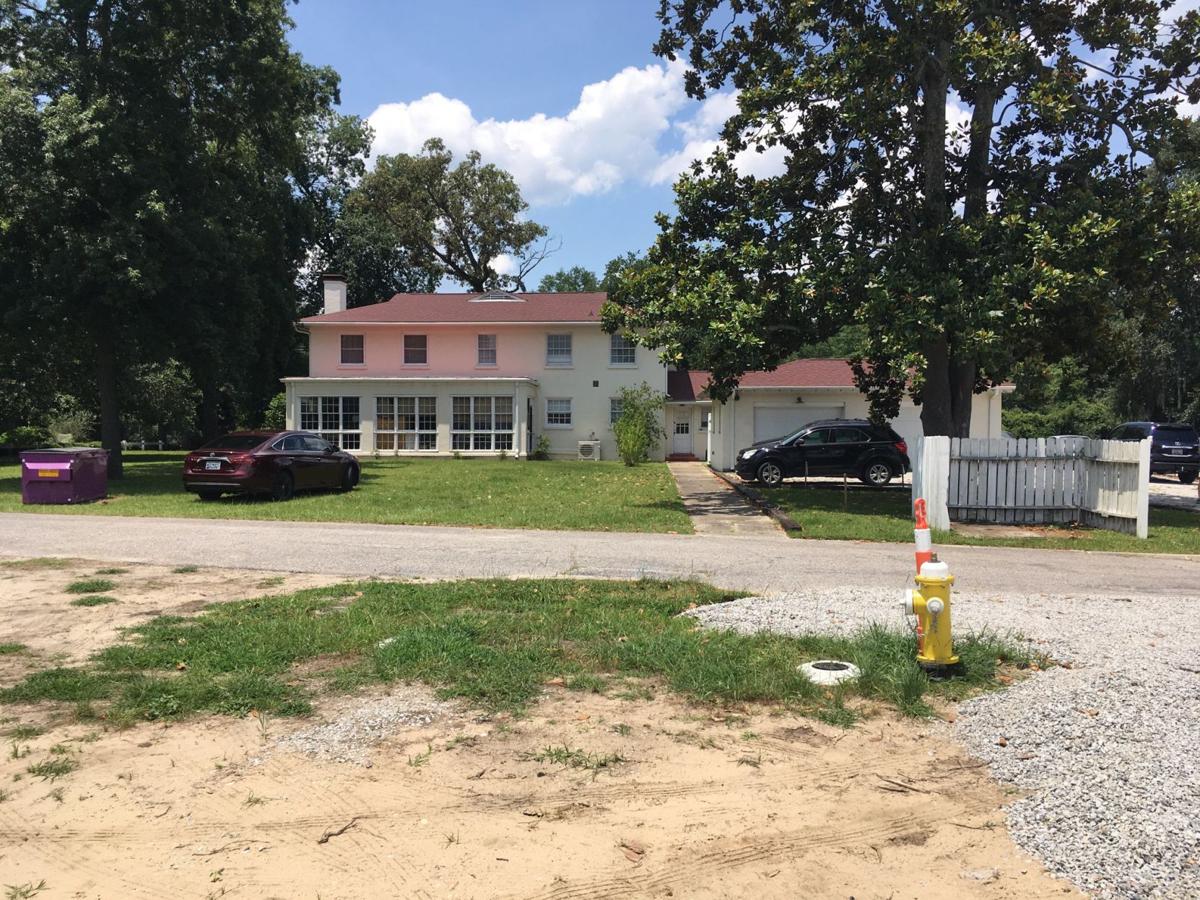 Construction of a new rail line is taking place about 125 feet from the back door of Mike Turner's home at the former Navy Base in North Charleston. David Wren/Staff

The owner of a historic home at the former Navy base says his property values are being damaged by construction of a rail line near his North Charleston back yard, and he wants developer Palmetto Railways to cover his losses.

Mike Turner, an electrical contractor from Bluffton and owner of MCT Properties LLC, is suing the short-line railroad in Charleston County court, alleging Palmetto Railways refuses to compensate him for financial damages at his 1801 Avenue F property.

The home, built in 1942, served as officer's quarters before the base closed in 1996 and once housed surgeons working at the Navy hospital a short walk away.

Palmetto Railways is constructing a rail line between the  home and the hospital as part of a $300 million yard where cargo containers headed to and from the Port of Charleston will be transferred between trucks and rail cars. Norfolk Southern and CSX Corp. will use the rail yard, sending trains up to three miles long through the facility.

Palmetto Railways declined to discuss the lawsuit, saying it does not comment on pending legal matters.

Turner bought the home in 2012 before the rail route had been finalized.

"I was told there wasn't going to be rail there, so I bought it," he said, pointing to the construction site about 125 feet from his backdoor.

Turner said he spent about $250,000 fixing up the long-neglected property and based his business on the first floor while living on the second floor. Turner moved to Bluffton about three years ago and has been leasing the home to another business since then.

The rail project has permanently closed Avenue F off to through traffic, leaving a narrow road along the back side of the property as the only vehicle access to the home. At the time Turner bought the home, he also purchased an option on a strip of land beside the property. Palmetto Railways recently built a gravel drive on that site, telling Turner his option had expired, according to the lawsuit.

"Avenue F used to take you right into the Navy Base, and I wanted that because we were doing a lot of work on the base," Turner said. "Plus, the value of this property being on the base is more than being off the base. But Avenue F is gone forever."

The loss of the road has also affected Batu Aytore's antiques business, Parham & Co., located next door to Turner's home.

"It's cut us off from the business district," Aytore said, adding he is no longer able to take large deliveries at the home where he also lives. "The road is blocked but they say we don't qualify for compensation."

Turner has been trying to sell his home and twice buyers have put contracts on the property, but both contracts were canceled because the buyers "could not get a bank to provide financing due to the railway coming in and the banks’ concern over the impact on the value of the property," according to the lawsuit.

Turner said he has tried to negotiate a settlement with Palmetto Railways and the S.C. Commerce Department, which owns the railroad, but the agencies told him his property has not been devalued.

The railroad has not filed an answer to Turner's complaint and no court date has been scheduled.

"I think I've been adversely affected and I'm asking for fairness," Turner said. "I'm not asking for a windfall. I've always been in favor of the economy moving forward and I'm not opposed to this project at all. If it brings jobs to this area and paychecks to families, that's a great thing. What I am opposed to is somebody taking equity from my building."

Palmetto Railways also is involved in a separate legal dispute with a North Charleston property owner over the amount of money that should be paid in a property condemnation case. A jury awarded $3.75 million to Gateway Properties after its Meeting Street building was taken for construction of the rail yard. Palmetto Railways had offered $1.8 million for the site, which includes land and a two-story structure built for electronics contractor eLifespaces. The railroad is appealing the jury's award to the state's Court of Appeals.

Norfolk Southern gets on board Charleston port rail plan

The rail yard, officially known as the Navy Base Intermodal Container Transfer Facility, will be linked to the State Ports Authority’s new Leatherman Terminal by a private road, which will keep cargo moving between the two yards off public roads. The North Charleston rail yard — to be built south of Cosgrove Avenue — is scheduled to open at about the same time as the first phase of the Leatherman Terminal, in early 2021.

Palmetto Railways is seeking federal funding for at least part of the project.