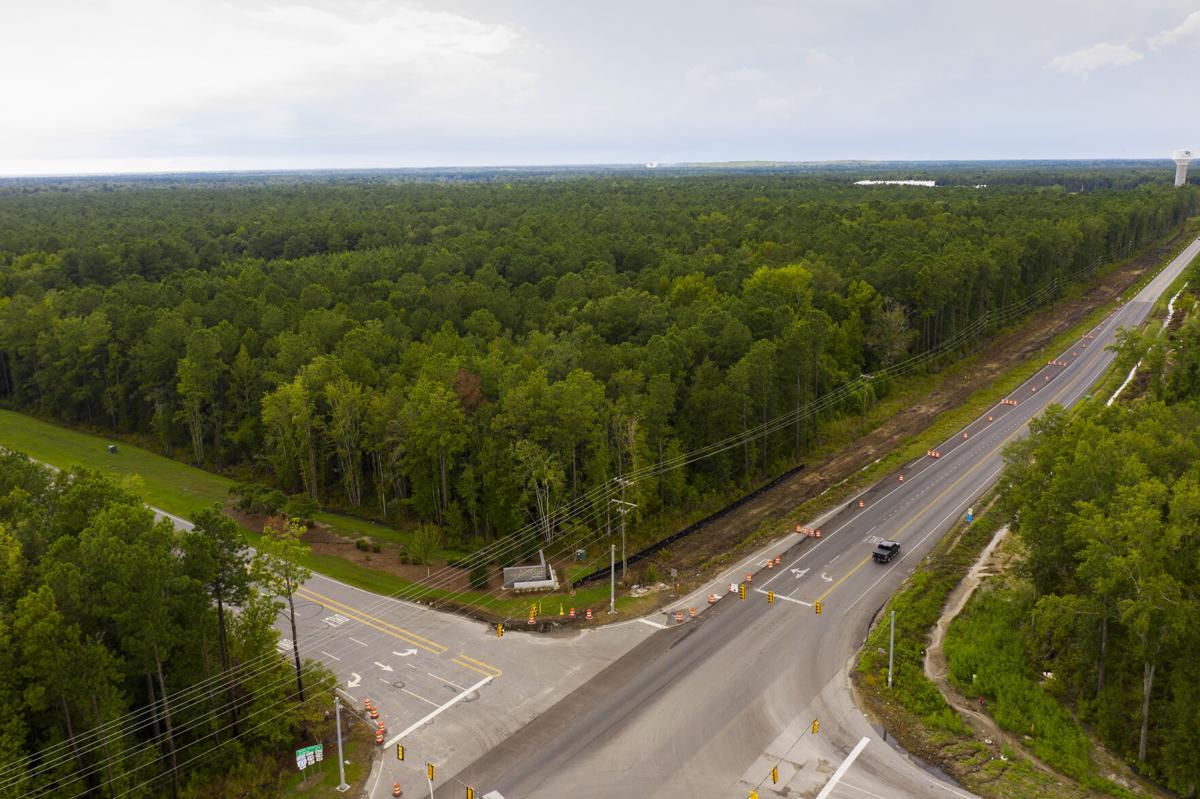 Walmart will take ownership of land near the intersection of U.S. Highway 78 and Highway 27 (above) in Ridgeville under a proposed deal with the State Ports Authority. File/Lauren Petracca/Staff 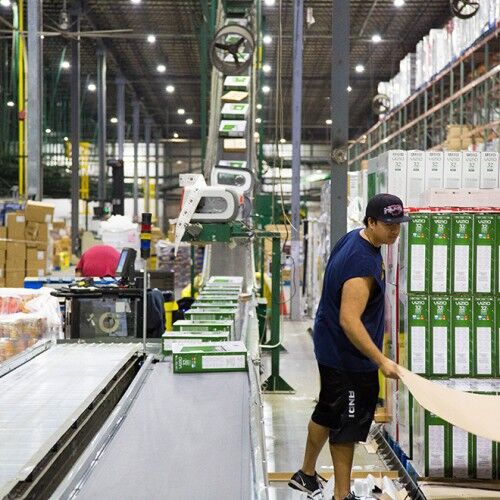 The State Ports Authority will give 244 acres at the Ridgeville Commerce Park off Interstate 26 to retail giant Walmart for a new import distribution center like the one pictured. Provide/Walmart

Our newsletter catches you up with all the business stories that are shaping Charleston and South Carolina every Monday and Thursday at noon.
Get ahead with us - it's free.

A state agency that focuses most of its attention on water shifted its focus Wednesday to land, voting to use some of the property it owns to boost cargo at the Port of Charleston while getting rid of real estate it no longer needs.

The State Ports Authority agreed to give 244 acres at the Ridgeville Commerce Park to Walmart, which previously announced plans to build a $220 million import distribution center at the site off Interstate 26.

The maritime agency's board said the roughly 1,000 jobs the retailer plans to create and an estimated 5 percent increase in cargo — about 70,000 containers — generated by the distribution center will make up for the cost transferring the property. The land has an appraised value of about $5 million, and the deal still requires approval from the state Fiscal Accountability Board.

"Certainly the economic benefits to the port, to Dorchester County and to all concerned far, far outweigh this transfer," said Jim Newsome, president and CEO of the authority, which owns and operates the port.

Walmart will start construction in March and the distribution center will open in the second quarter of 2022. The land transfer leaves the authority with almost 700 acres at the Ridgeville site, which is being marketed to other retailers and e-commerce firms that can help the port diversify its cargo base, which has been largely dependent on manufacturing this past decade.

The SPA is also looking to develop a site on 162 acres it owns off Clements Ferry Road in Berkeley County. The property, known as the Jack Primus tract, is under contract with a prospective unidentified buyer, and Newsome said the authority is negotiating to use the site as a distribution center where retail imports that arrive in in containers can be unloaded and repackaged for delivery.

"This is an ideal location for that, so there's some things to work through and we hope to get something done by the end of the year," he said.

Cold storage heats up with Southeast demand for meat, veggies on the rise

The authority's board also agreed to sell a 50,000-square-foot cold-storage warehouse it built on 10 acres along Remount Road in North Charleston to Lineage Logistics for $16.5 million.

The SPA built the facility in 2015 to help New Orleans Cold Storage expand its site to store shipments of beef imported from Australia. Lineage recently took over most of the site as part of an acquisition.

The sale will give the company ownership of the entire warehouse, adding to another cold storage site it operates at Palmetto Commerce Park in North Charleston.

The SPA will use $11.7 million from the deal to pay off a loan related to the expansion and pocket the rest.

Not all of the authority's land holdings are geared toward maritime uses, and Newsome said he'd like to get those properties off the agency's books as soon as possible.

One of those sites is 106 acres of undeveloped waterfront land and wetlands on Daniel Island, which once was to be developed as a large container terminal for the port before that project was nixed by legislators and moved to North Charleston. The SPA thought it had a deal to sell the property earlier this year, but the bidder backed out. Newsome said the agency will put it on the market again.

The authority also hopes to finalize plans for a saltwater wetlands mitigation bank on another 115 acres of Daniel Island property it owns. That project, first announced in 2017, would preserve the site for public recreational use and would rank as the state's largest saltwater restoration project.

Perhaps the biggest jewel in the authority's portfolio — the sale of 69 acres at Union Pier overlooking Charleston Harbor — advanced Wednesday as board members authorized an agreement with Los Angeles developer Lowe to entitle and then market the property near Waterfront Park. The authority previously announced its intentions to hire Lowe, but Wednesday's vote means a formal contract can be signed.

The authority plans to keep the northern part of Union Pier for a new cruise ship terminal primarily serving Carnival Corp., which bases its Sunshine pleasure ship in Charleston. Newsome said the Union Pier site "is probably one of the most valuable pieces of real estate on the East Coast, so we have to do it right."

The authority is hiring a development and marketing firm that it and Charleston leaders know well. Lowe, which owns Wild Dunes Resort on the Isle of Palms, is currently redeveloping the SPA’s former headquarters on Concord Street into the luxury Cooper Hotel.

The entitlement and sale is expected to take between two and three years. By that time, Newsome said he hopes the authority has disposed of all excess real estate it doesn't need for maritime purposes — a longtime goal.

"I think we're pretty close," he said. "I don't think we have a whole lot left. And, hopefully, someone's not going to tell me about some property that we own that I don't know about."