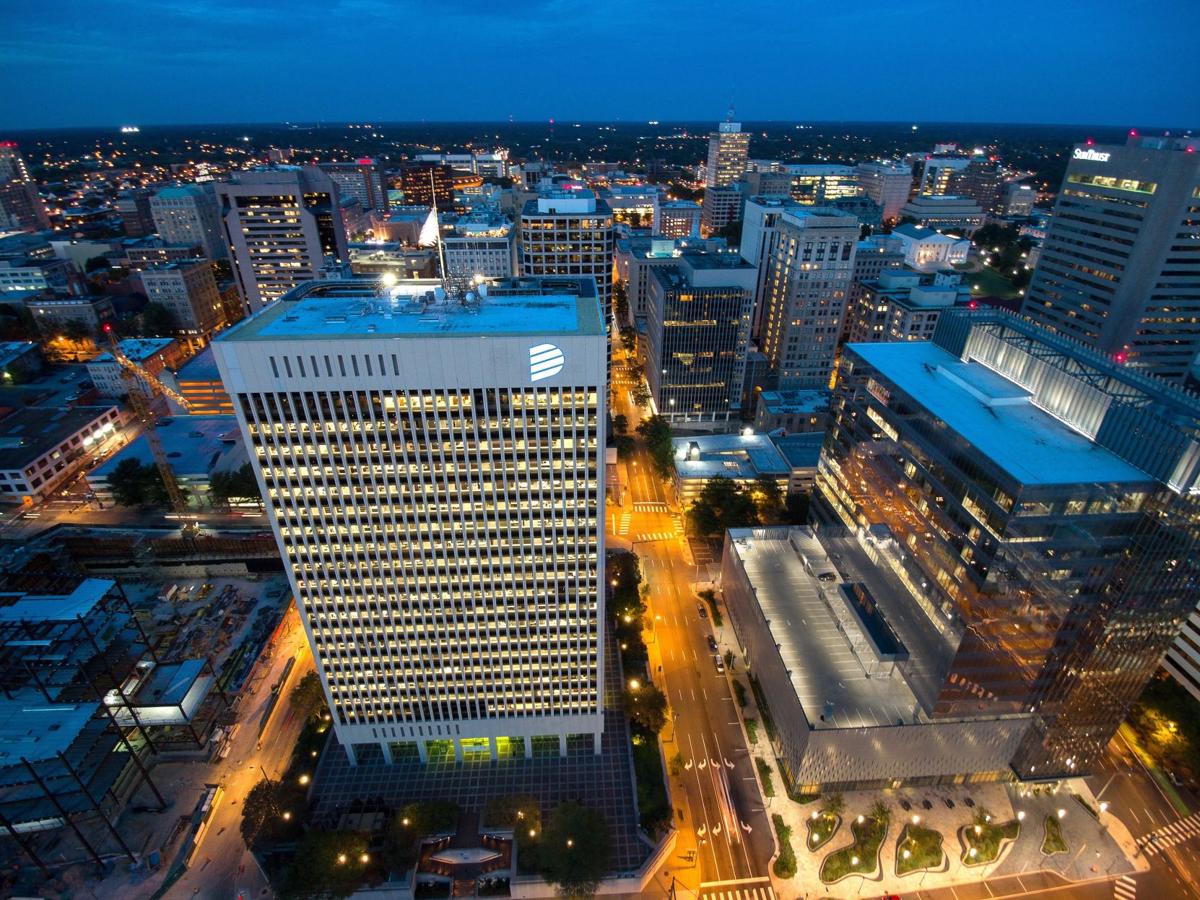 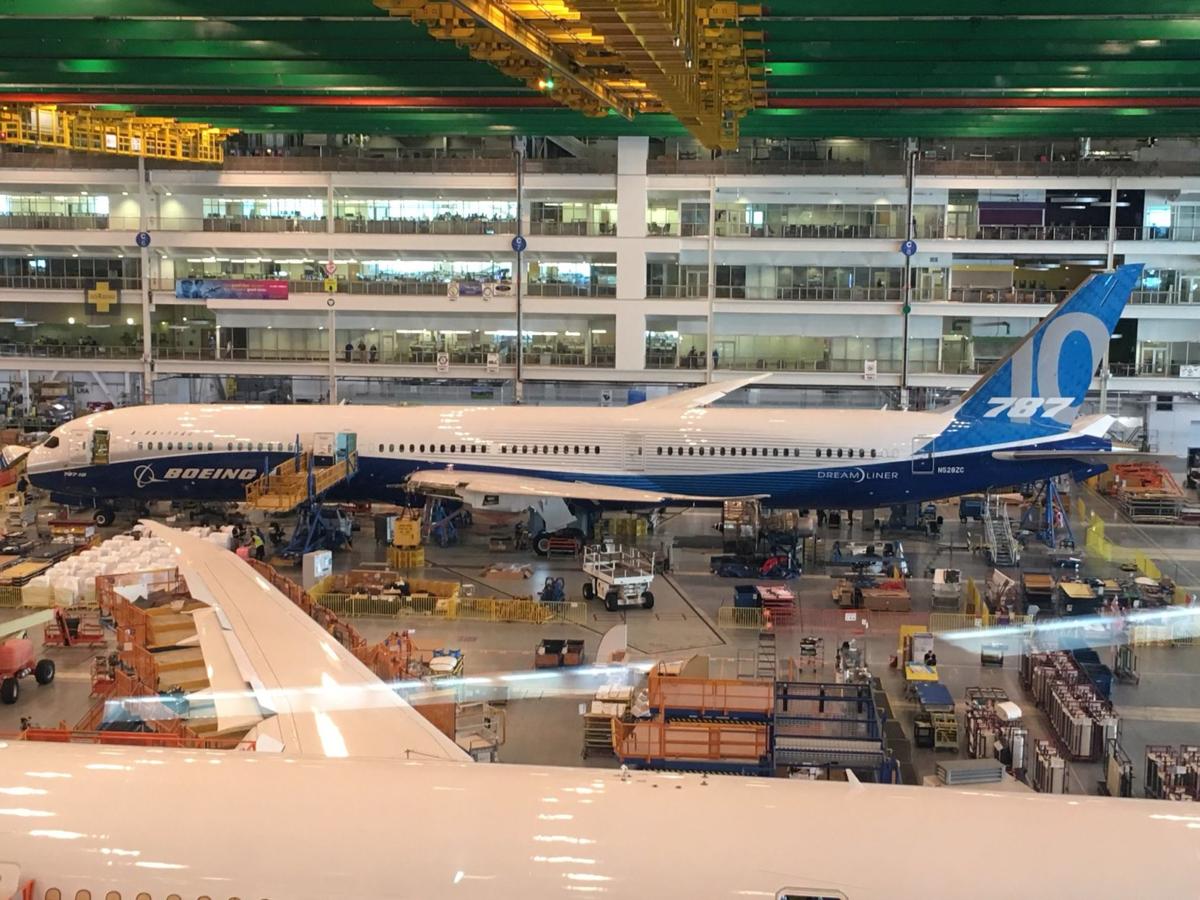 A 787-10 Dreamliner makes its way through the final assembly building at Boeing Co.'s North Charleston campus. The site is looking to add 400 workers as Dreamliner production ramps up to 14 per month, split between North Charleston and Everett, Wash. David Wren/Staff/File 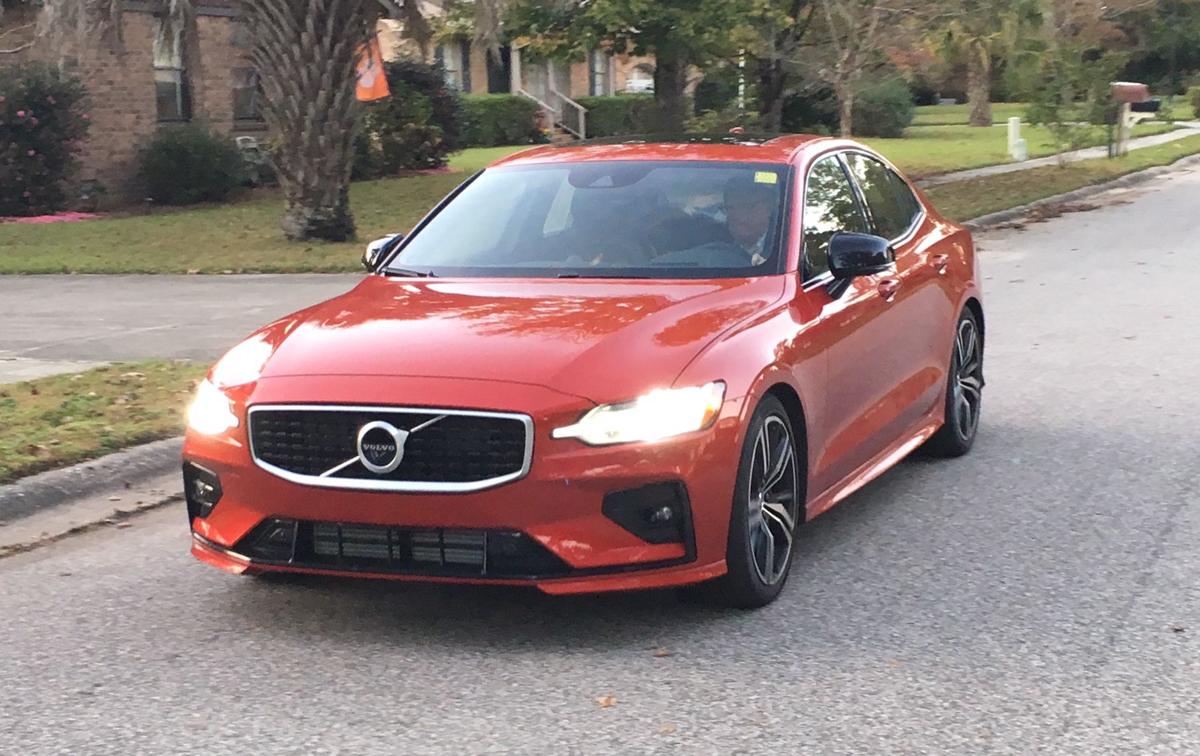 Volvo Cars will start exporting S60 sedans built in South Carolina during the first quarter of 2019. Leroy Burnell/Special to The Post and Courier 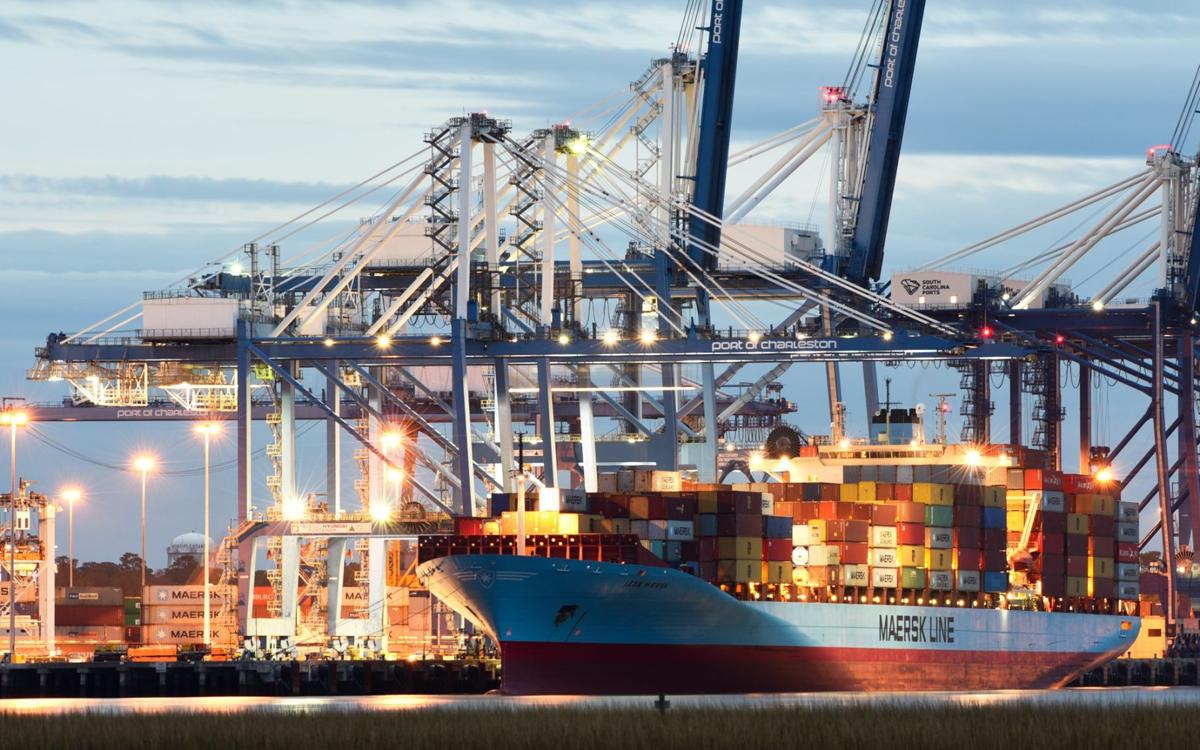 There will be plenty of activity in the coming year at the Wando Welch Terminal in Mount Pleasant, where big container ships traveling through the Panama Canal are bringing record amounts of cargo. Provided/Mike Cassidy 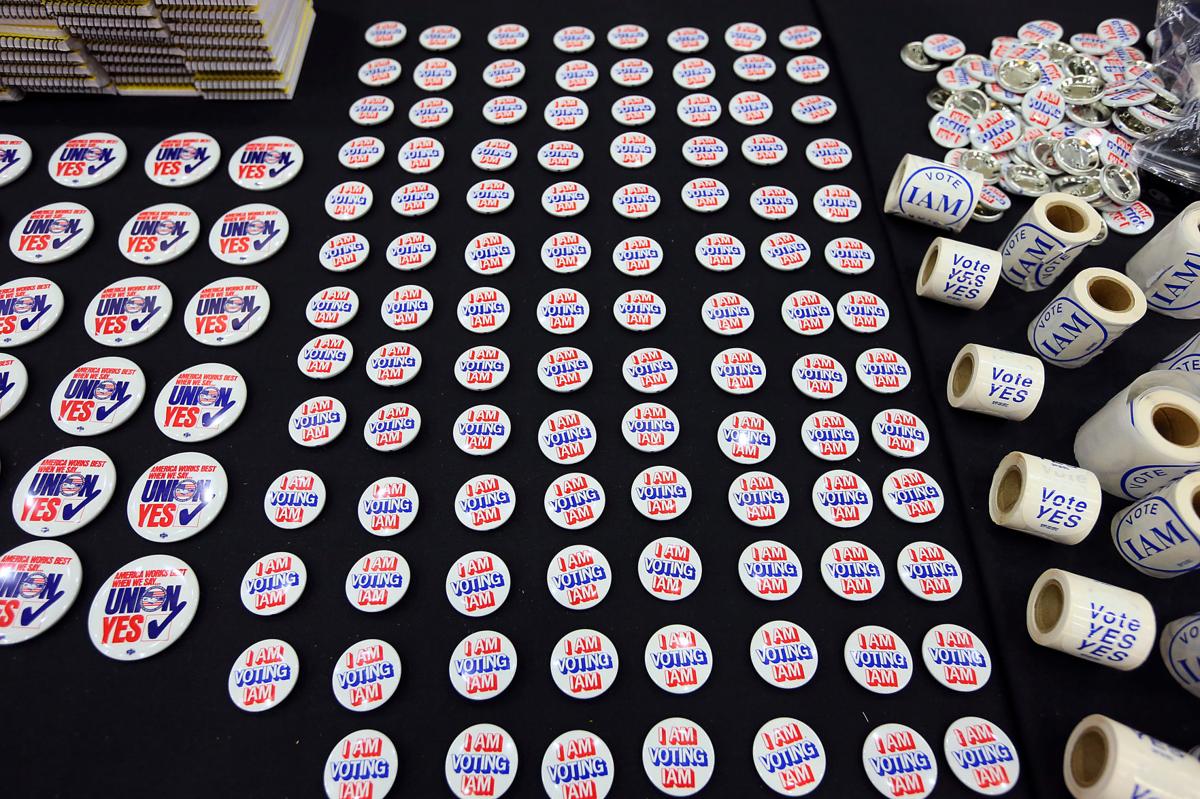 A contested union election at Boeing Co.'s North Charleston campus has the International Association of Machinists accusing the aerospace giant of harassing and intimidating flight-line workers. The National Labor Relations Board could rule on the dispute this year. Wade Spees/Staff/File 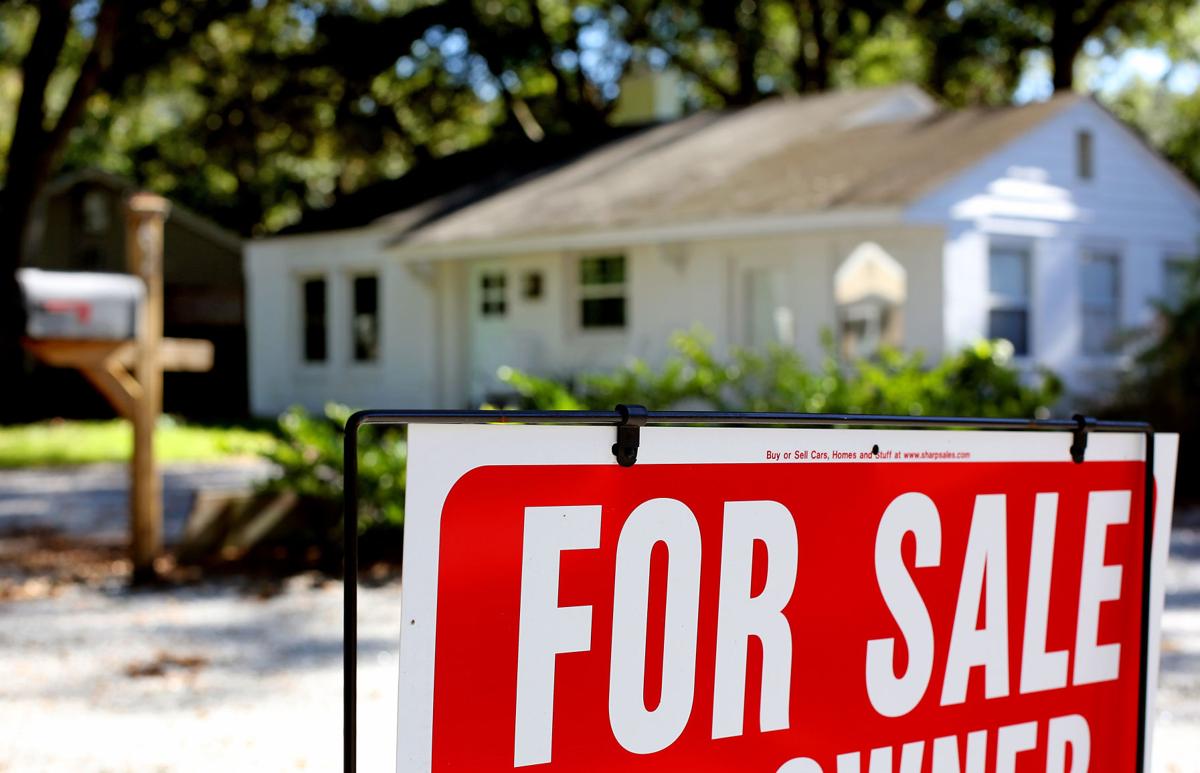 Will this be the year "For Sale" signs become more common than "Sold" signs on homes across Charleston and South Carolina? File/Grace Beahm Alford/Staff 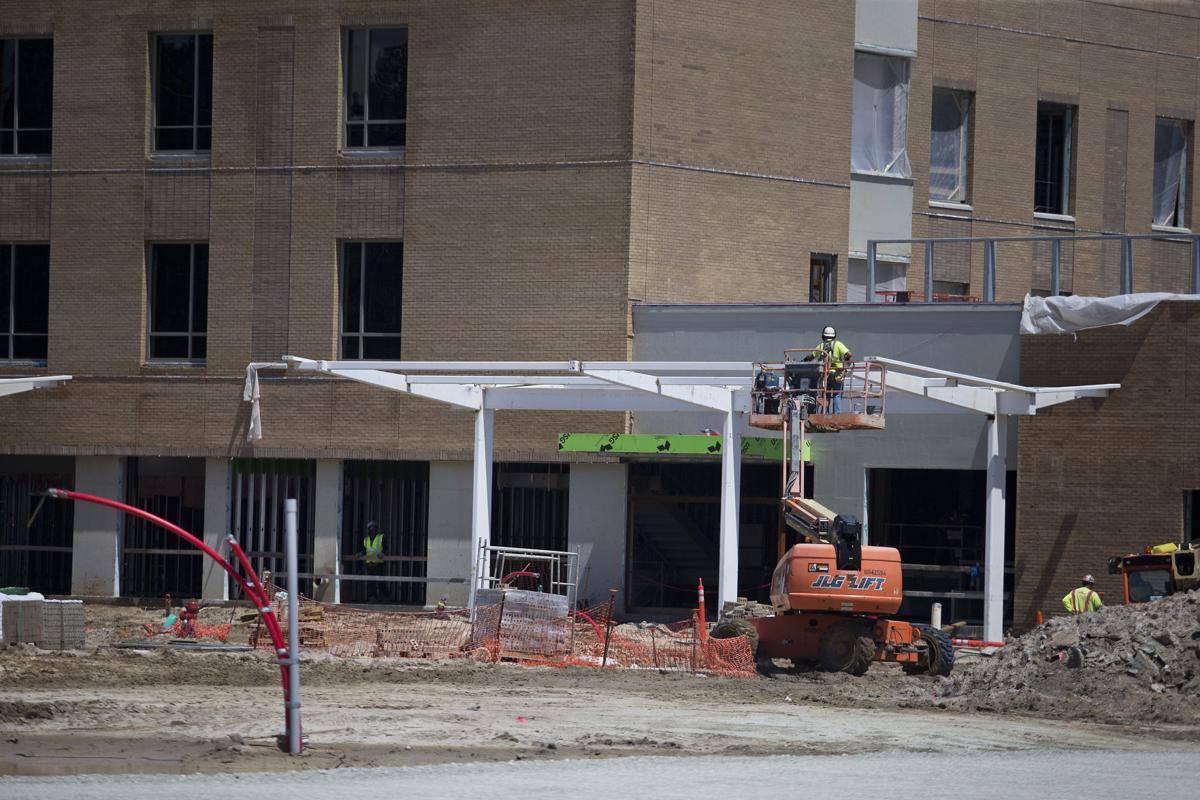 Roper St. Francis is building the first full-service hospital in Berkeley County, with plans to open in 2019. File/Lauren Petracca/Staff

Will this be the year "For Sale" signs become more common than "Sold" signs on homes across Charleston and South Carolina? File/Grace Beahm Alford/Staff

No one can predict with certainty what the economy will do in 2019, but this much is clear: The groundwork is in place for an active and memorable year in business.

In South Carolina, the lineup of headline-making deals, projects and milestones includes the pending sale of a linchpin of the state's business community, plans for an extensive overhaul of the tax system and the arrival of the first transatlantic commercial air service.

Here's a look at what's in the pipeline for the Palmetto State in 2019.

Already short on publicly traded companies, South Carolina will lose another in early 2019 — and it's a biggie: The sale of SCE&G parent SCANA Corp. to a Virginia utility is expected as early as this week.

"SCG" is expected to stop trading when the stock market reopens Wednesday for the first time in the new year. SCANA investors will swap their stock for shares of Dominion Energy, almost a year to the day after the tie-up was announced.

The Public Service Commission recently approved the acquisition, one of the biggest in state history.

SCANA had been eyed for years as a takeover target. The idea became a reality after the company's financially disastrous V.C. Summer nuclear plant expansion.

Gov. Henry McMaster and some lawmakers have been pushing to sell the state-owned utility with $8 billion in debt, much of it tied to the failed V.C. Summer project. Santee Cooper owned a 45 percent stake in the deal, with SCANA Corp. controlling the rest.

A legislative committee has set a mid-January deadline for any buyout offers, though no definitive decision has been made about whether to actually sell.

The monthly output of the Boeing 787 will climb to 14 from 12 in the first quarter of the new year, but the aerospace giant's South Carolina campus — celebrating its 10th anniversary in 2019 — has already started preparing for the ramp up.

David Carbon, vice president of operations, said the North Charleston site would hire hundreds of people for its production floor starting in the final weeks of 2018. The increase will be split between North Charleston and Boeing's other 787 plant in Everett, Wash. With more than 600 jets in the backlog, Boeing Co. CEO Dennis Muilenburg says the move is well-supported.

With S60s now rolling off the line at Volvo's plant near Ridgeville, the automaker plans to start exporting them.

The first sedans will be shipped out of Charleston in the first quarter. When the plant reaches full production, Volvo plans to export half of the 150,000 cars it builds each year in Berkeley County.

But it isn't certain whether any of them will be going to China. The automaker has said it won't export cars to that country because of increased tariffs China imposed on U.S.-made vehicles.

While the retaliatory tariffs will be lifted as the U.S. and China continue talking, their future beyond March 31 is uncertain. In the meantime, Volvo will make S60s for China in China.

In Columbia, the push will be on in 2019 for an ambitious overhaul aimed at lowering corporate and personal income taxes, eliminating sales tax exemptions, cutting property taxes for businesses and simplifying business license taxes. The S.C. Chamber of Commerce is offering legislators a raft of options in the “Roadmap for Reform” report from the Tax Foundation.

"South Carolina's tax code needs to be overhauled, and the business community is ready to roll up its sleeves and do just that," said Ted Pitts, the chamber’s president.

Among the options is eliminating corporate income taxes and licensing fees and cutting the state sales tax to 5.25 percent, while getting rid of exemptions and increasing the gas tax.

It's still a job seeker's market in South Carolina, where the unemployment rate has held steady at an all-time low of 3.3 percent since September.

In the Charleston region, the labor market is especially tight. While the statewide figure was unchanged last month, Charleston County's jobless rate — already the state's lowest — dipped from 2.8 to 2.5 percent.

The shortage of skilled workers may slow, but not halt, the region's growth, said Frank Hefner, a professor of economics at the College of Charleston.

Carnival will be swapping out its Charleston-based cruise ship for a slightly newer model in the spring.

The Sunshine will hold about 50 percent more passengers than its current vessel, the nearly 30-year-old Ecstasy.

Starting in May, the replacement vessel will offer regular sailings to the Bahamas and a handful of other excursions, including the cruise liner's first-ever stint to Havana, Cuba.

The busiest waterfront activity at the Port of Charleston will be concentrated on and around the Wando Welch Terminal in Mount Pleasant.

The site will receive three more 155-foot-tall cranes and two dozen rubber-tired gantry cranes, a new terminal operating system and a new chassis yard that will open space for more containers. It's all part of a $500 million refurbishment at Wando Welch that's designed to allow the SPA to handle three big container ships at one time.

At the same time, the next phase of Charleston Harbor deepening will start at the Wando Welch turning basin. The Army Corps of Engineers is expected to approve a contract for that phase soon.

The inaugural British Airways flight between Charleston and London takes off in April, marking the Palmetto State's first nonstop trans-Atlantic service. Tourism officials have already set sights on luring U.K. travelers whose affinity for history, food and golf aligns well with the Lowcountry's strengths across the pond.

Backed by funds from local and state agencies, including about $1.3 million from the S.C. Department of Commerce, the flight also requires $9 million worth of upgrades and expansions to the airport itself. Among the upgrades is a premium passenger lounge and a kitchen to prepare in-flight meals.

More than 18 years in the making, organizers of the International African American Museum vow to break ground on the project in May.

Until then, they'll also be seeking to raise an additional $10 million to offset increased costs for labor and building materials, bringing the total fundraising goal to $85 million. The shortfall is not expected to affect the latest construction schedule.

The opening of the museum on Charleston Harbor is set for mid-2021.

The medical industry will be in full expansion mode in 2019, as new hospitals downtown open their doors in downtown Charleston and in Berkeley County.

The area’s three major health care systems — the Medical University of South Carolina, Roper St. Francis and Trident Health — are planning to expand their reach in the year ahead.

MUSC’s $400 million Shawn Jenkins Children’s Hospital opening in the fall will be the biggest, most expensive facility to make an entrance this year. But many smaller facilities are planned, too.

The spread of services will continue to drift off the peninsula to high-growth population centers. Roper will open a long-awaited full-service hospital in Carnes Crossroads, a first for Berkeley County, where Trident plans to build a competing medical center in Moncks Corner, though no details have been announced.

Meanwhile, MUSC has approval in hand to construct its own hospital in Berkeley County. It also will look farther afield in 2019 by finalizing the purchase of four mostly rural hospitals in the Pee Dee and Upstate.

South Carolina's economy is expected to continue to grow in the new year, and no recession is forecast for the immediate future. But there are few headwinds for the real estate industry. Home sales have slowed somewhat as mortgages got pricier, though experts can't seem to agree whether the Federal Reserve will continue to nudge interest rates higher in 2019.

Home prices, climbing at a 6 percent clip in the Charleston region during 2018, will rise about 4 percent nationally, according to property information service CoreLogic.

On the multifamily front, more apartments are expected to be delivered in the new year, creating more supply than demand and helping renters to shop around for a better deal.

A politically charged labor union battle at Boeing's 787 Dreamliner campus in North Charleston could come to a resolution.

A majority of the site's 178 flight-line workers voted in May to join the International Association of Machinists. It was the third time the IAM had tried to win over workers at the plant and it represented a small but important victory for organized labor in a fervently anti-union state.

Boeing challenged the election, and in the months that followed the IAM repeatedly accused the aerospace firm of harassing, intimidating and firing flight-line workers for their union support. Dozens of politicians weighed in, with their allegiances following party lines — Democrats for the union, Republicans against.

The National Labor Relations Board hasn't issued a ruling. Whichever side prevails, the dispute is likely headed to federal court.