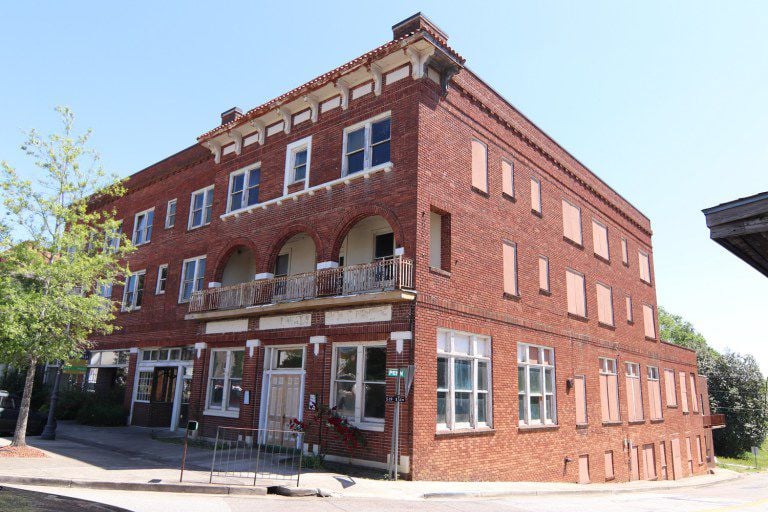 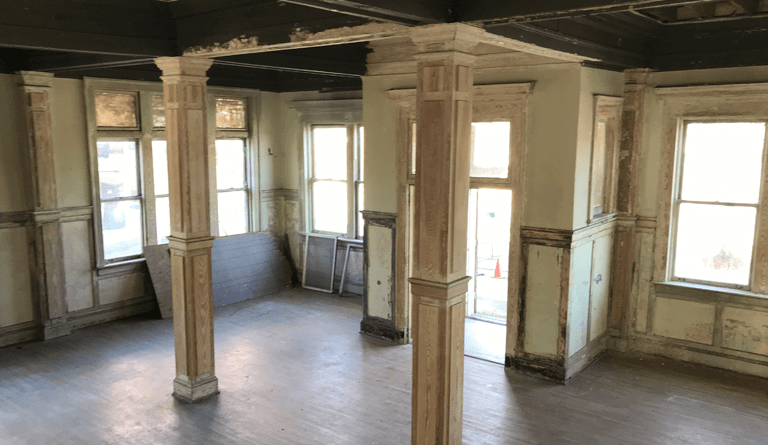 An interior view of the Plantation House Hotel in Edgefield which is on the market for $225,000. The building could fit up to 33 hotel rooms, as well as a restaurant, bar or event space. Provided. 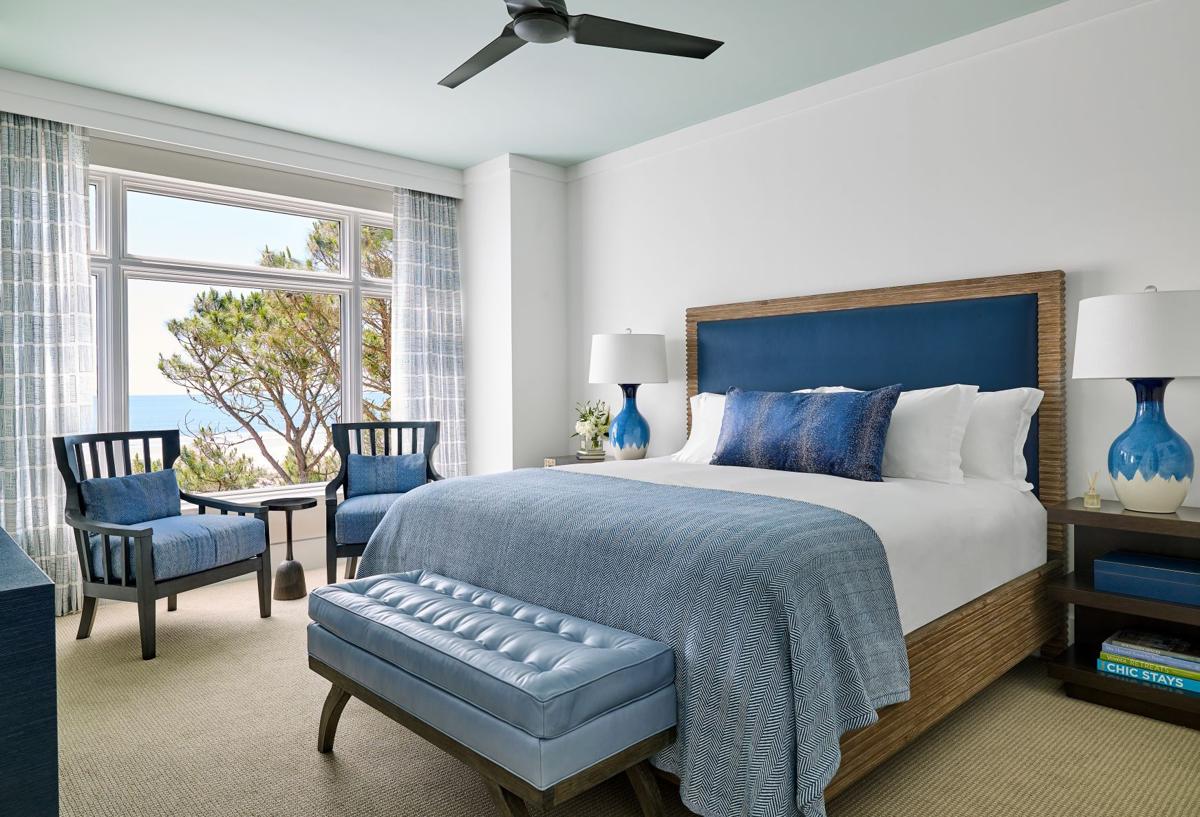 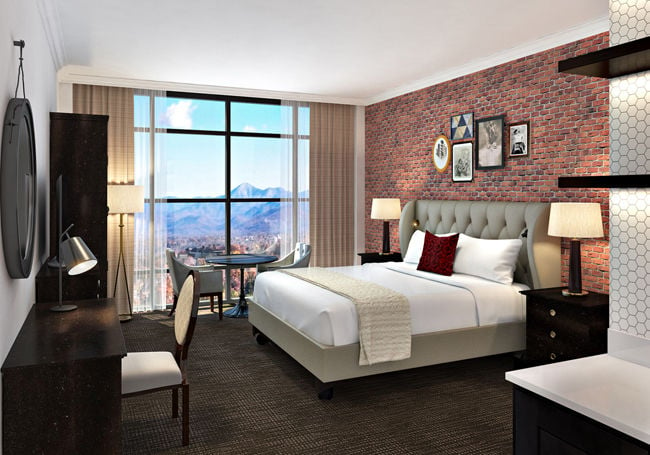 Built in 1919, the Plantation House Hotel has sat vacant for many years. But Preservation South Carolina, a nonprofit that works to preserve structures statewide, hopes to see the building restored to its former use.

At an asking price of $225,000, the group is on the lookout for one or more investors who would take a chance on reviving the historic lodging.

When it first opened in December 1920 as the Dixie Highway Hotel, the business was described by a local paper as "the joy and pride" of the Edgefield community. The opening was marked with an elaborate turkey dinner for over 100 guests, and people proclaimed that it was the most modern hotel outside of South Carolina's major cities.

But the property quickly ran into financial troubles a couple years later and went into foreclosure. Blame the boll weevil, which wreaked havoc for South Carolina farmers in the early 1920s.

The property changed hands several times over the years until, in the 1960s and '70s, it was run as a veteran's home under a new name, the Plantation House Hotel.

Now, the preservation group thinks the time is right to fill the building with guests again.

"We know it will work," said Mike Bedenbaugh, Preservation South Carolina's executive director. "We just need the right investor to take a chance on it."

The property is eligible for the National Register of Historic Places and also qualifies for historic and abandoned building tax credits. At 20,040 square feet, it can accommodate about 33 guest rooms and has additional retail space for a restaurant, bar or event space.

Edgefield is less than 30 miles from Aiken and Augusta, and that metro area serves as the primary economic driver for the small town of about 5,000. Right now, there are only a couple lodging options within the town's limits.

In a somewhat strange claim to fame, Edgefield is also home to the world's only museum dedicated to wild turkey preservation. At the National Wild Turkey Federation's Headquarters, the Winchester Museum boasts exhibits like the world's largest turkey call and 3-D wild turkey dioramas. The annual visitors to the headquarters and museum are about double the town's population.

According to the organization, Edgefield has recently invested in some improvements to its square, like the widening of sidewalks and the addition of 20 new parking spaces. The group also hopes to work with the town to conduct a market study on the hotel.

As coastal destinations like Charleston, Myrtle Beach and Hilton Head continue to bring in ample visitor numbers on their own, the S.C. Department of Parks, Recreation and Tourism has been investing more marketing dollars to promote lesser-known destinations, like Edgefield and other small, historic towns in the Upstate.

After opening earlier this month, the purchases at Kiawah Island's first private residence club have been coming in at a quick clip.

By the end of the day Wednesday — Charleston County government offices were closed Thursday and Friday — Timbers Resorts had recorded 27 sales, according to the Register of Deeds. The first sale was recorded Nov. 6.

At capacity, the club would have 180 member owners. Leading up to the opening date, head of development and Bluffton resident Chris Burden said they expected to be operating with about 40 to 50 owners after the first couple months.

The purchases are shares in the complex's beachfront condo units. A one-ninth share in a three-bedroom unit starts at $490,000. Shares in the four-bedroom penthouse units, which are split between six owners, start at $1.34 million.

An Asheville hotel with Charleston connections celebrated its opening last week. Built at the site of a former steel mill, the 87-room Foundry Hotel is part of Hilton's Curio Collection, an upscale "soft" brand for boutique hotels.

The property was developed by David Tart, a partner in Charleston-based Encore Lodging. It is being managed by Charlestowne Hotels, a Mount Pleasant hospitality management group that has more than a dozen Charleston hotels in its portfolio, including the King Charles Inn and the Spectator Hotel.