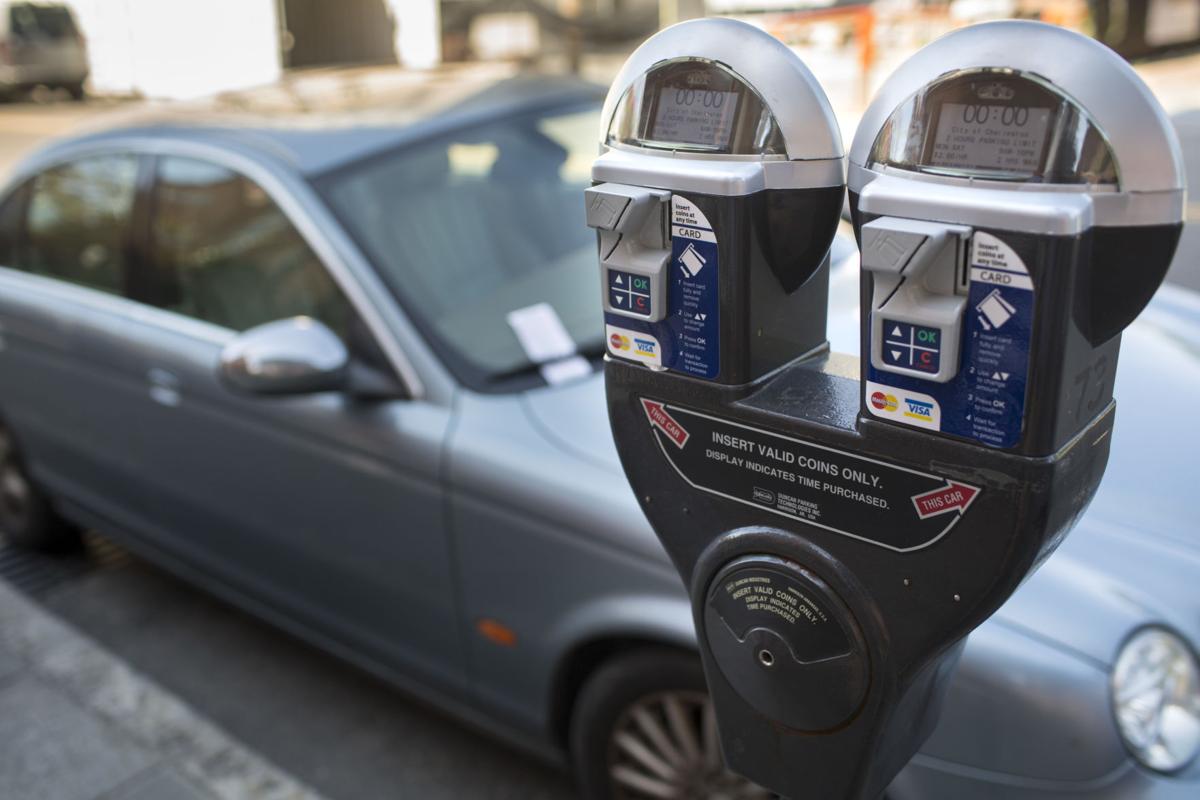 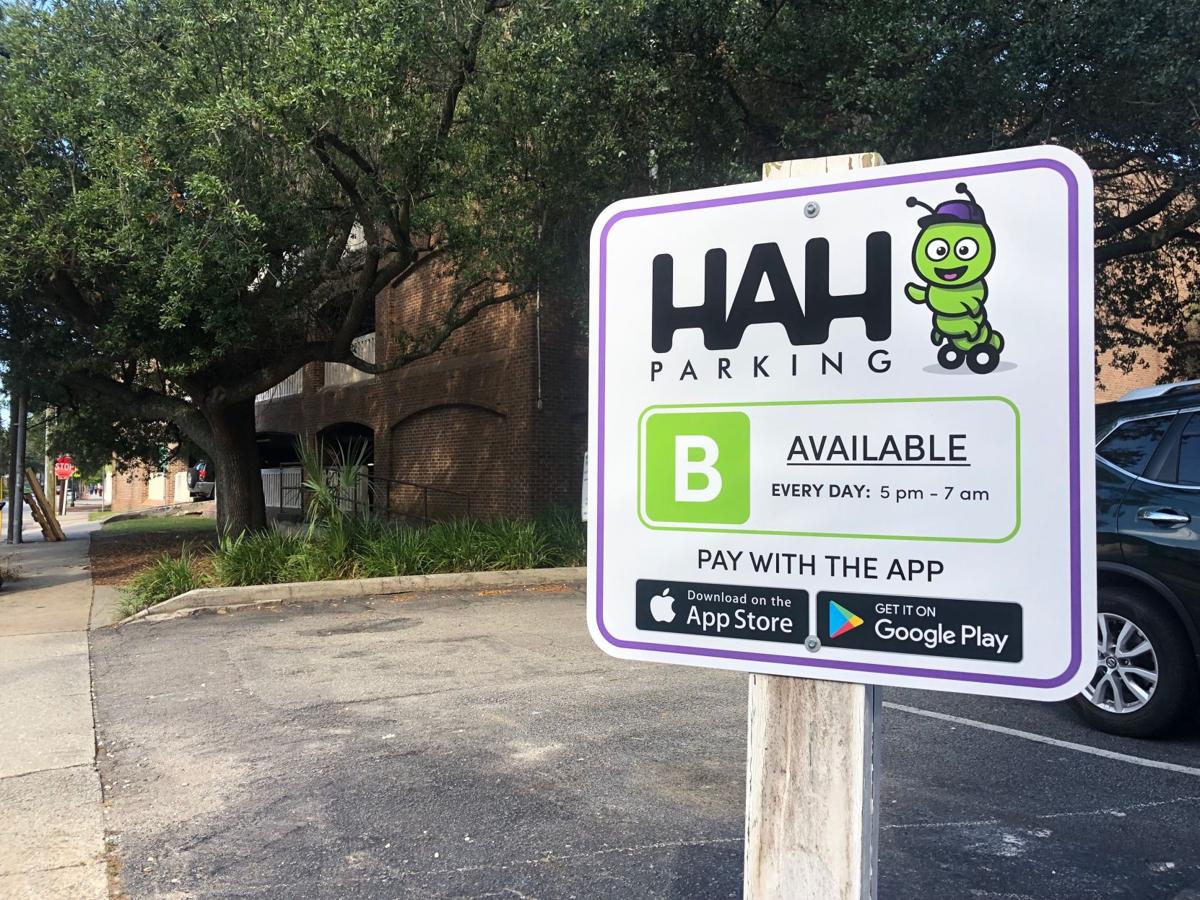 Signs bearing the Hah Parking logo have begun to spring up around town this summer. The app offers users the option of renting a private parking spot for a chosen amount of time. Mary Katherine Wildeman/Staff

Walk around downtown Charleston, and pedestrians may spot a a little green caterpillar on wheels smiling from signs affixed to parking lots.

The signs and the bug, which is named "Parker," belong to Hah Parking, a local technology startup founded by brothers Rocky Vitali and Victor Vitali that has developed a platform to list privately owned parking spaces. The company recently started adding spaces for the first time, and now says it has more than 3,000 spaces available to book in Charleston.

The spaces up for rent are owned by a range of businesses and organizations, from churches to parking lot managers to the city's minor league baseball team.

Rocky Vitali said it's an eclectic mix. Hah has begun fielding interest from people who want to rent yards and unpaved space for their boats, trailers and RVs, he said.

"With Charleston being on the water and the rising popularity of RV life, we anticipate this area to also grow steadily over the next year," he said.

The platform allows drivers to rent spaces in advance, for a set amount of time. The rate varies depending on the location. Pricing is higher than Charleston's meters, which charge $2 for an hour.

The company was recently accepted into the South Carolina Research Authority's S.C. Launch program, and announced a partnership with the Charleston RiverDogs to run the baseball team's parking in April. Several lots owned by Palmetto Parking now have spaces

Similar companies have struck agreements with municipalities to put publicly owned spots on a platform.

In Columbia, for example, drivers can choose to pay for city parking spaces on an app for a small fee, which allows the user to add more time and avoid tickets for an expired meter. The meters still have a maximum time limit, ranging from a half hour to 10 hours.

The vendor, Charlotte-based Passport Labs, was founded in 2010. Many other companies operate with similar platforms, and many have been around for years. Chicago-based ParkWhiz has raised more than $60 million in investments since it was founded in 2006. Some — like SpotHero, for example — already have a limited presence in Charleston.

Mount Pleasant startup Heatworks announced it is adding a handful of employees as it moves toward the launch of two new products.

The company, founded by Jerry Callahan, patented a technology that can heat water without coils, instead relying on an electric current to deliver heat. Its inaugural product is a home water heater. But it also hopes to introduce two new products this year.

The first is a countertop dishwasher that requires only an electric plug and a gallon of water, which the user will pour inside. The second is a carafe that pours out heated water instantly to whatever temperature the user chooses.

Heatworks announced last week it added four workers to its staff, bringing its total to 16.

Comcast announced eligibility changes to its Internet Essentials program, an effort that aims to connect low-income Americans to broadband access.

The program lets customers pay a monthly price of $9.95 per month for 15 Mbps internet, or about three times what Netflix recommends for streaming high-definition videos.

The new eligibility requirements allow anyone who qualifies for SNAP, Medicaid, Supplemental Security Income or a number of other public assistance programs to qualify for the special rate.