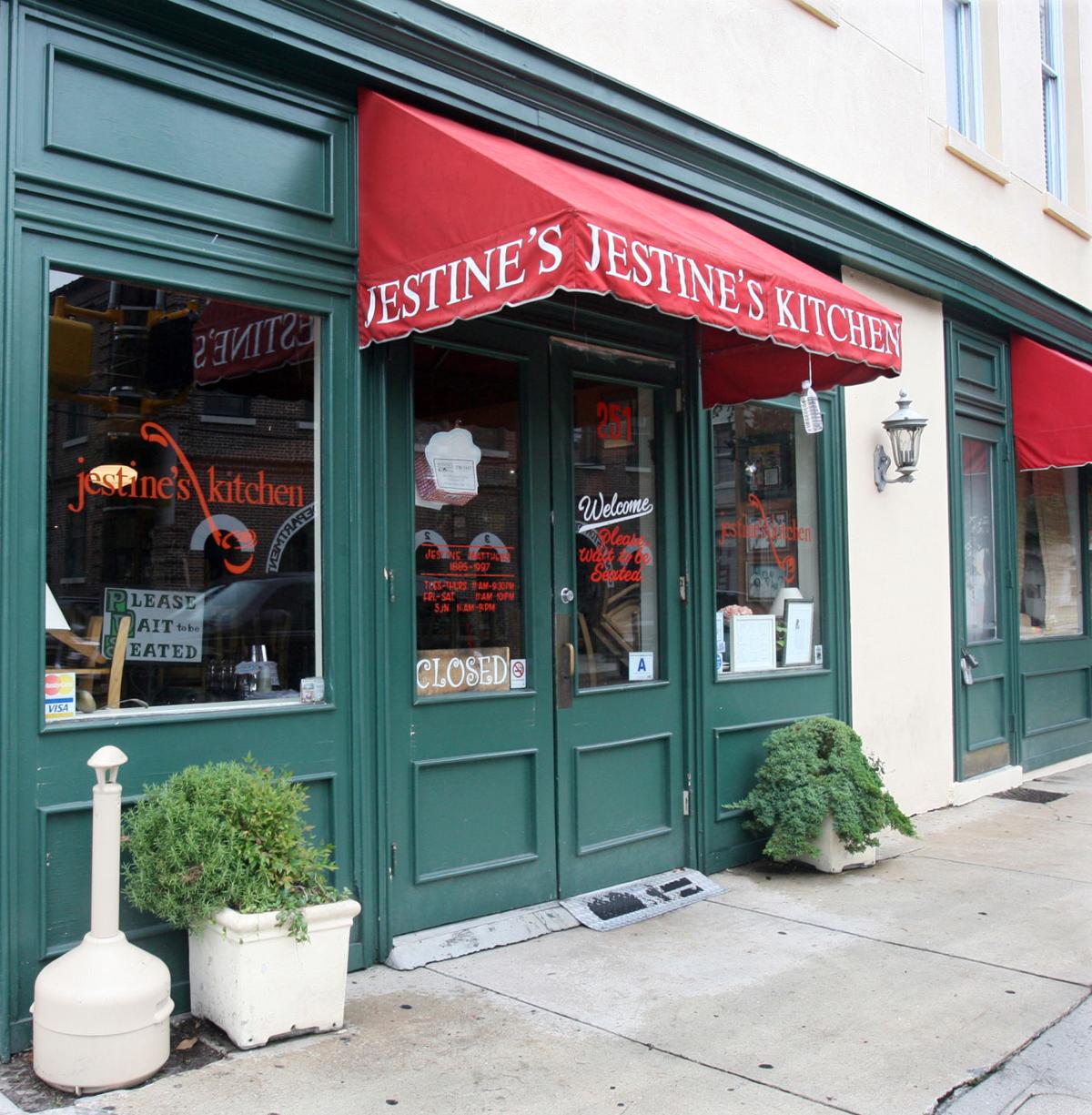 The former Jestine's Kitchen site at Meeting and Wentworth streets is being reworked for Pakistani restaurant Ma'am Saab. File/Staff 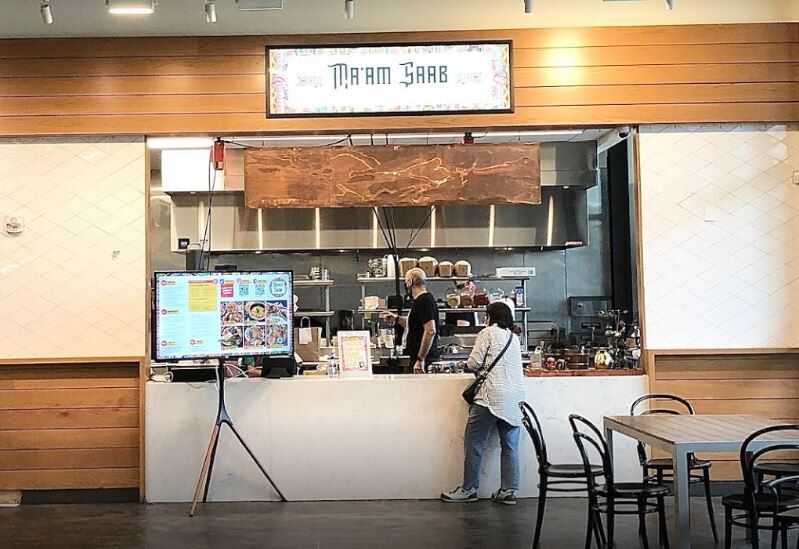 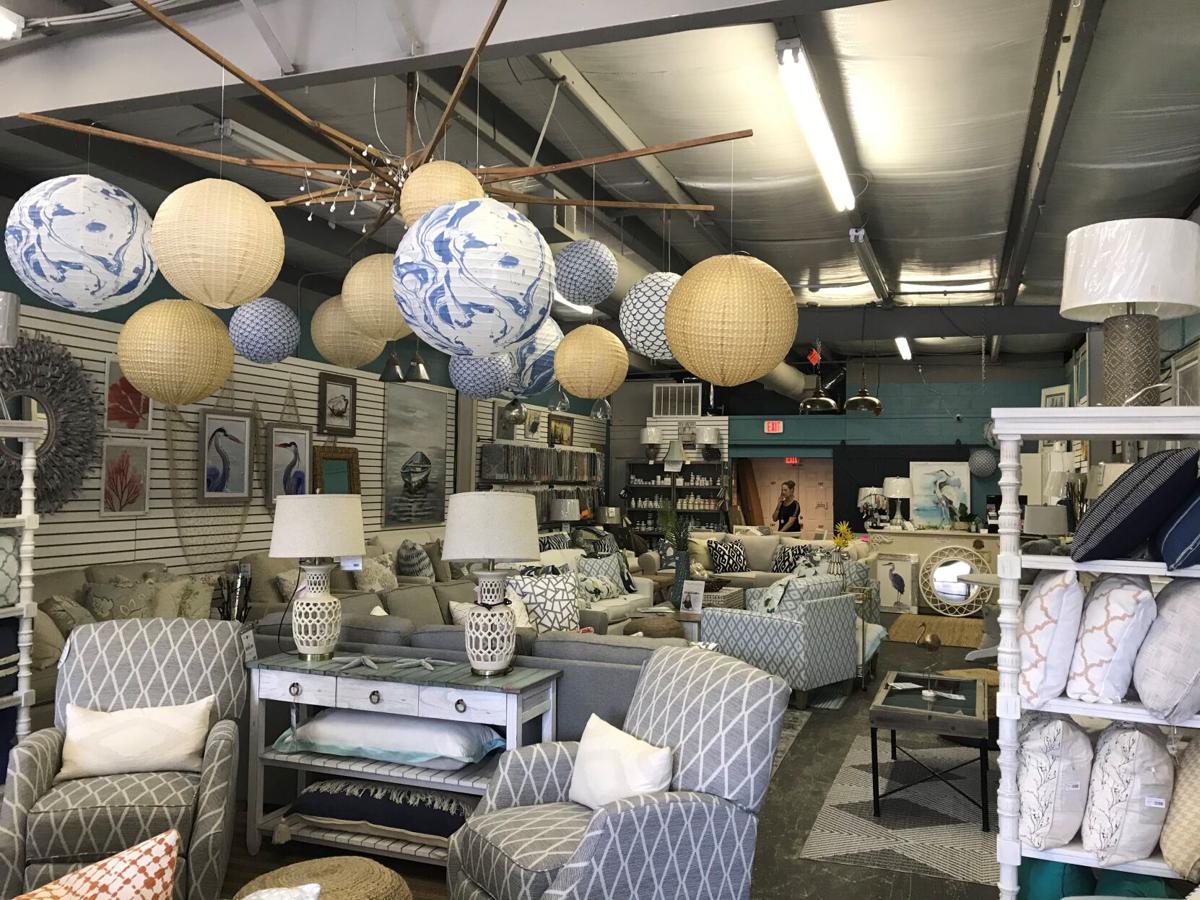 Haven's Furniture and Home Décor will move its store on U.S. Highway 17 in Mount Pleasant to a new location in the northern part of town by mid-summer. Its retail location off of Long Point Road will become an outlet shop. Warren L. Wise/Staff 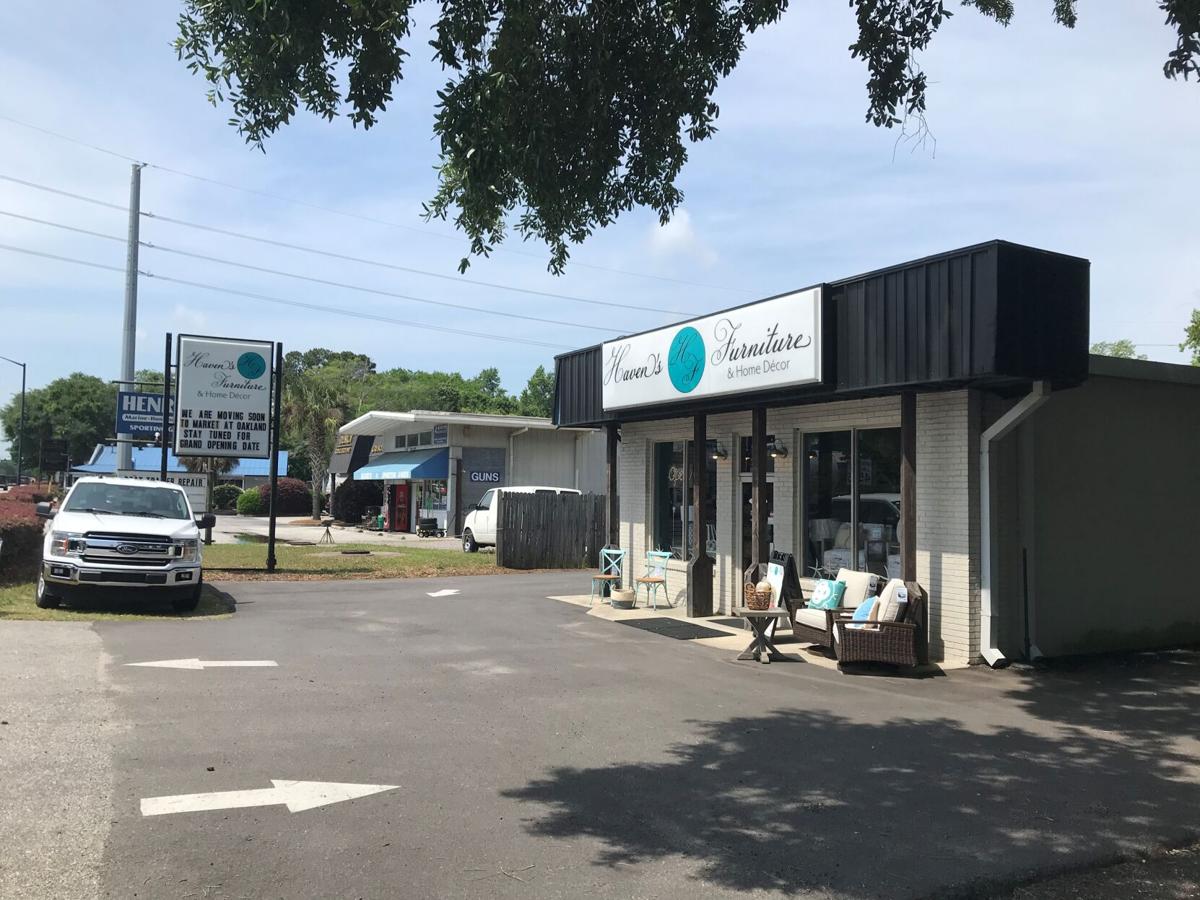 Haven's Furniture and Home Décor operates two stores in Mount Pleasant. The on U.S. Highway 17, shown, will move to the northern part of town by mid-summer. The other location off of Long Point Road will become an outlet shop. Warren L. Wise/Staff 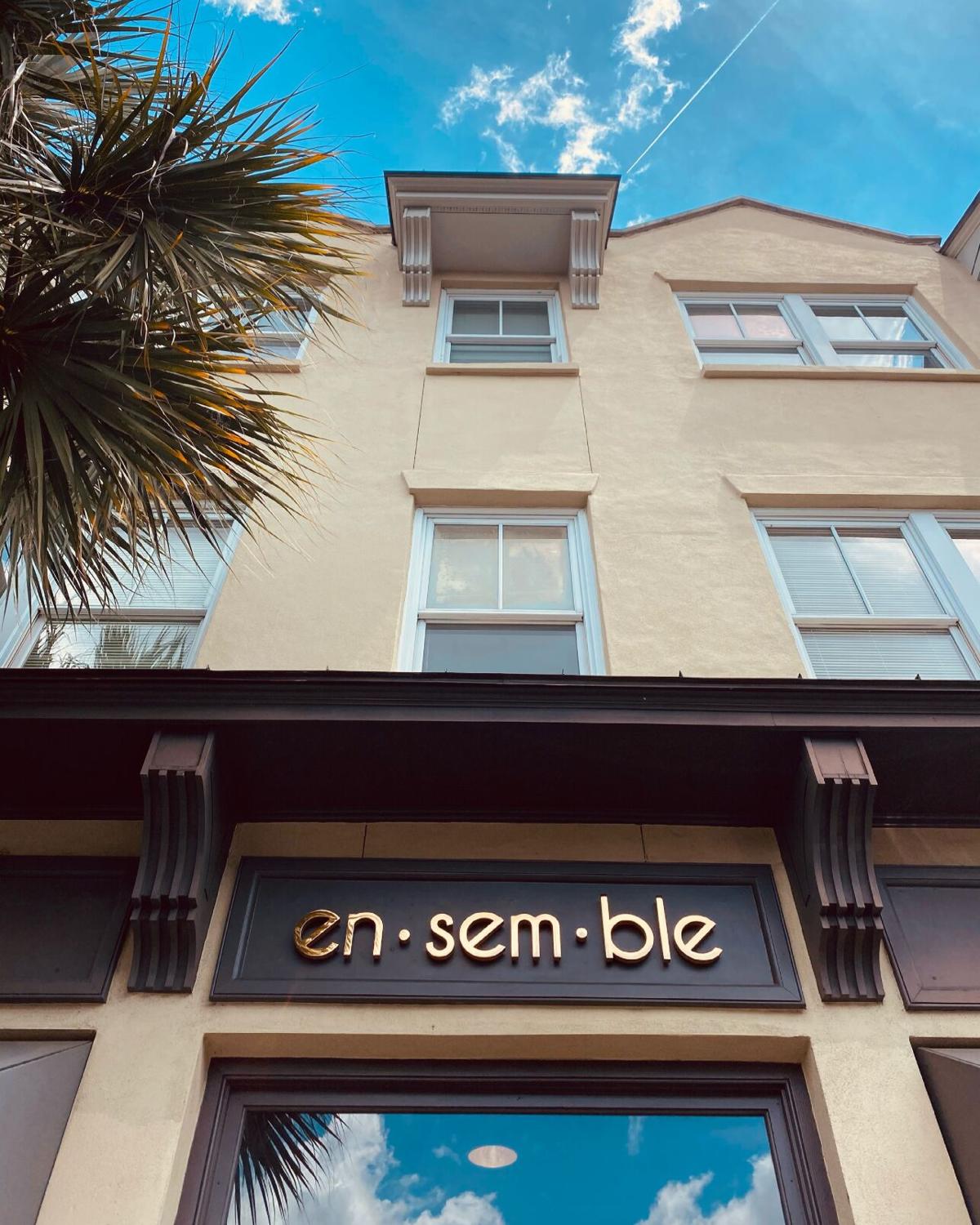 Ensemble Consignment Boutique is now in a new location at 444 King St. after moving from 24 Ann St. over the weekend. Provided/Ensemble 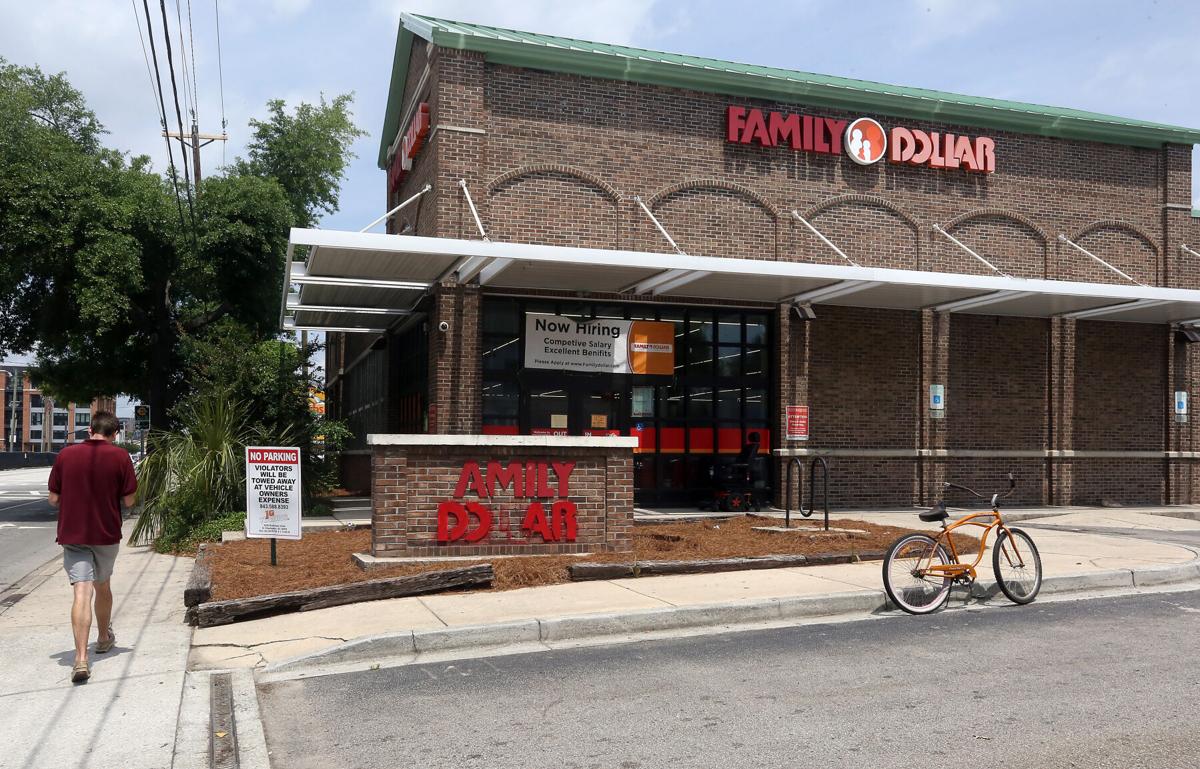 The Family Dollar store at Meeting and Line streets is open once again after several months of renovation and being closed since last year's riot in late May following the death of George Floyd in Minneapolis. Brad Nettles/Staff

The former Jestine's Kitchen site in downtown Charleston soon could be serving dishes again under a totally different name and concept.

Pakistani restaurant Ma'am Saab recently applied for a license to sell beer, wine and liquor at 251 Meeting St., and co-owner Raheel Gauba expects to have the new venue renovated and open by July or August.

Gauba's wife and co-owner, Maryam Ghaznavi, launched the Pakistani food offering last year in the restaurant incubator Workshop, which is closing in late May at 1503 King St. Extension.

Ma'am Saab, which started as a pop-up, began delivering meals during the pandemic as the only kitchen service from Workshop before becoming an onsite restaurant in May of last year when businesses began to reopen partially.

"Workshop was a true incubator," Gauba said. "It truly served its purpose. We got 10 years worth of experience in one year."

Once the Workshop site closes, Gauba, who also is creative director and head of marketing, said to expect a surprise announcement in the next couple of weeks about the restaurant's plans in the interim before opening the downtown site.

He said details about the new location also will dribble out, but he described the final product as what will be "a unique destination."

The new restaurant's design is still being worked out, Gauba said, after meeting with the architect on May 4.

Jestine's Kitchen, a staple of Southern comfort food for 24 years, closed in June amid the pandemic.

A home furnishings shop plans to move one of its two Mount Pleasant stores to the northern part of town and turn the other one into an outlet shop by mid-summer.

Haven's currently operates at 1518 Highway 17, which will close and move, and at 492-A La Mesa Road off Long Point Road, which will become an outlet store, according to owner Angie Balderson.

A downtown Charleston resale shop is now in a new location.

Ensemble Consignment Boutique can now be found at 444 King St. near the American Theater after moving from 24 Ann St.

A downtown Charleston shop that caters to items for young children and expectant mothers will celebrate its move to a renovated three-floor building during a May 8 grand reopening celebration 10 a.m. to 5 p.m.

Three years after work first stated on the new site, Under the Almond Trees is moving to 190 King St. from 171 King. The 7,000-square-foot space once housed Julia Santen Gallery and Audubon Gallery in separate shops. The two buildings are now connected.

The new space also offers a 1,000-square-foot deck for events and parties.

Family Dollar at 478 Meeting St. is open once again after being shuttered for nearly a year to undergo a total renovation. The discount store has been closed since the riot in downtown Charleston in May 2020 in the wake of the killing of George Floyd in Minneapolis.

Flooring Factory is relocating in Goose Creek to make way for a new Aldi discount supermarket.

"We will be operating from there normally until we have further information on our new permanent location," the company said in an email.

The 8,450-square-foot store can be found at 1119 Johnnie Dodds Boulevard in the same retail center that houses Stuckey Furniture, just south of Bowman Road.

No-frills grocer Aldi said in December it planned to open a new store in Goose Creek in the strip center that includes beauty products supplier Hair Zone, which has not announced plans to relocate.

Work is expected to begin by the middle of the year on the new grocery location with an opening likely in 2022.

A Charleston-based air purifying business hopes to bring several breaths of fresh air on the road to a post-pandemic environment.

BOX Pure Air, an exclusive distributor of AIRBOX HEPA filtration systems, announced May 4 it has opened an office and store at 145 King St., Suite 131, in the SunTrust building. HEPA stands for "high-efficiency particulate absorbing or arrestance" filter.

"Making Charleston America's first clean air city is an ambitious but attainable goal," said BOX Pure Air's founder, Ryan Cowell, of Mount Pleasant. "By working with governmental agencies and community stakeholders to create 'safe air zones,' I believe we will start to see our city in a post-COVID light."

The company strives to help businesses and consumers create a safe and healthy clean air environment that is free of airborne pathogens.

The Veggie Bin at 96 Spring St. will reopen on Sundays once again, starting May 9, for the first time in more than a year because of the pandemic, according to owner Fraser Young.

It's open 10 a.m.-6 p.m. most weekdays with abbreviated hours on the weekend.