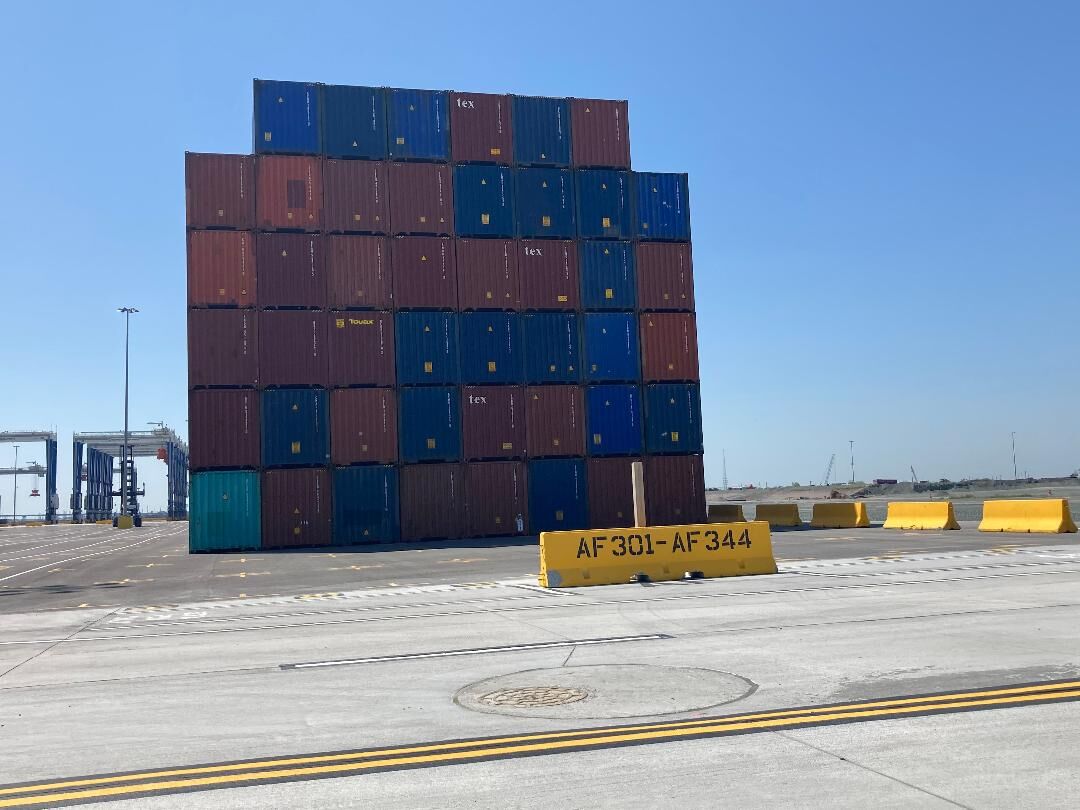 Cargo containers have started to arrive at the new Leatherman Terminal in North Charleston, which is scheduled to host its first ship on Friday. David Wren/Staff 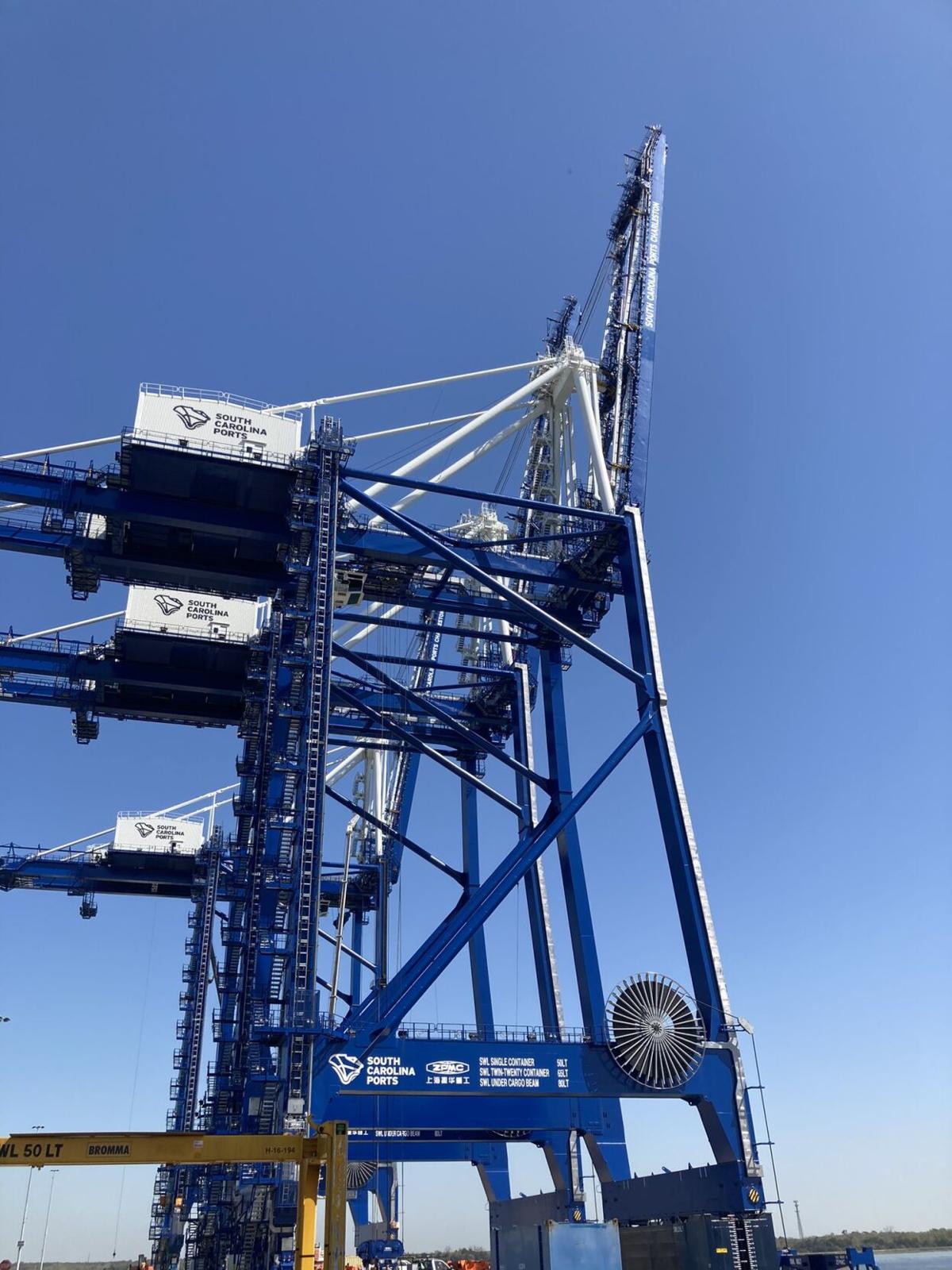 Ship-to-shore cranes with 169 feet of lift height await the first container ship at the Port of Charleston's Leatherman Terminal in North Charleston. The terminal is scheduled to host its first vessel Friday as the port continues to set cargo records. David Wren/Staff

An ongoing online buying binge by consumers still stuck mostly at home by the pandemic led to the biggest month for cargo in the Port of Charleston's history in March.

The port moved 248,796 containers measured in 20-foot increments through its terminals last month — a 34 percent increase over the same period a year ago. It topped the previous record of 233,110 containers set in August 2019.

Imported goods from Asia and other markets — particularly furniture, electronics, exercise equipment and refrigerated foods — were up by nearly 50 percent in March and accounted for six out of every 10 loaded boxes during the month.

"All good things eventually come to an end, but I do believe that certainly within this year consumer demand is going to be at a pretty high level," said Jim Newsome, president and CEO of the State Ports Authority. "People are still spending money on their homes."

Port of Charleston's new terminal gets its first container: a shipment from BMW

A report released April 6 by the Mastercard Economics Institute shows consumers spent $900 billion more with online retailers in 2020 versus the prior two-year trend as the COVID-19 lockdown shifted a majority of spending toward goods rather than services like vacations and restaurant meals. While many shoppers are heading back to stores now, the online buying trend is likely here to say, the group said.

Bricklin Dwyer, Mastercard's chief economist, told CNBC that between 20 percent and 30 percent of the $900 billion in additional digital spending will continue into 2021 and beyond.

The port's record volumes are taking place as the new Leatherman Terminal in North Charleston is scheduled to host its first ship on April 9. The $1 billion first phase of the terminal will offer one berth with five ship-to-shore cranes capable of handling vessels carrying as many as 20,000 containers at a time. At full buildout, the Leatherman site will have three berths and an annual capacity of 2.4 million containers.

"It's opening very much at the right time when the industry needs the extra berth capacity to increase fluidity," Newsome said.

Charleston's port also saw a year-over-year increase in loaded exports in March, and the number of empty containers sent back to Asia and other markets so they can be refilled with goods was up 38 percent.

The SPA's inland port in Greer also reported its busiest-ever month with 16,688 containers moved between trucks and trains in March — up 20.3 percent from a year ago. The other inland port, in Dillon, moved nearly 3,000 boxes in March.

The SPA last month also handled more than 22,000 vehicles at its Columbus Street Terminal in Charleston, most of them exports of BMW sport-utility vehicles built at the automaker's plant in the Upstate.