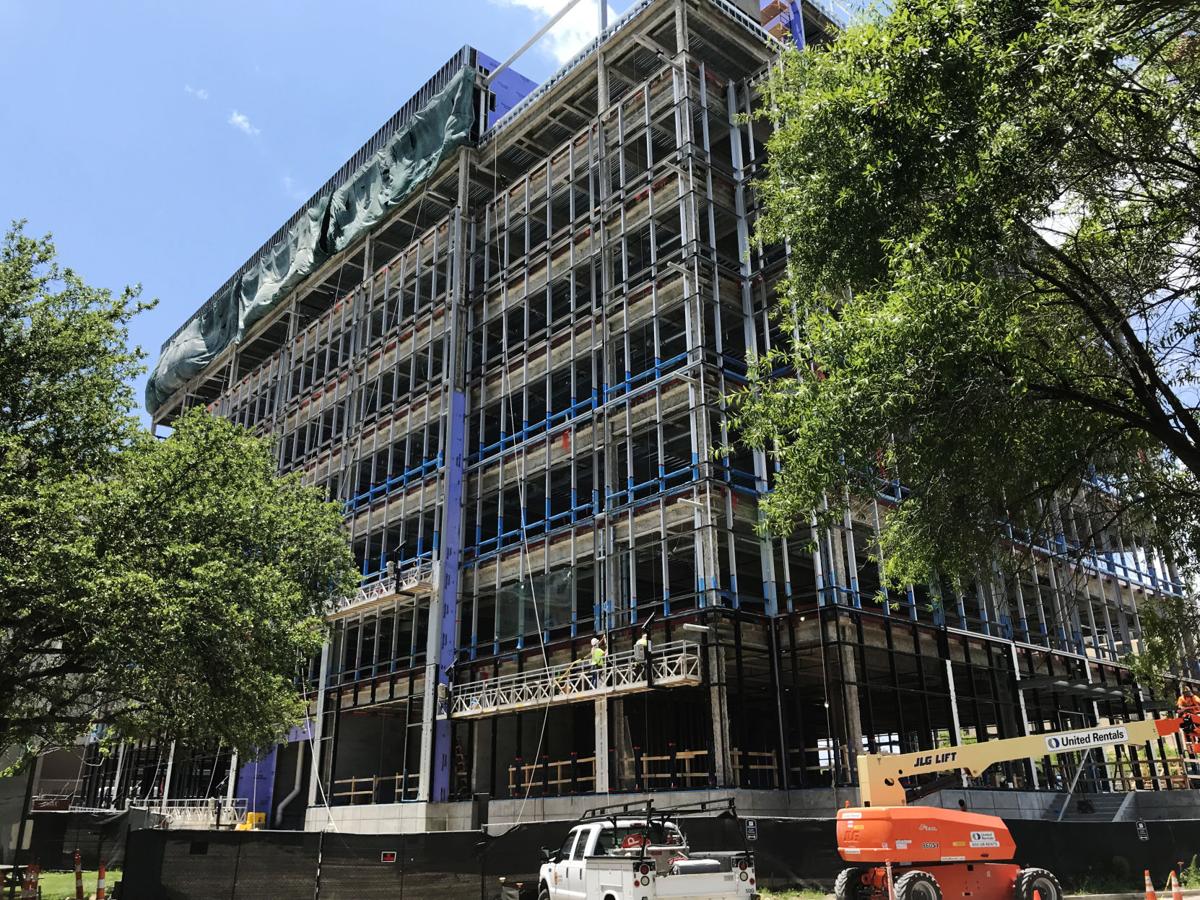 Construction continues on 22 WestEdge, an eight-story office building designed to attract for biomedical research and other businesses to the peninsula. File/Robert Behre/Staff 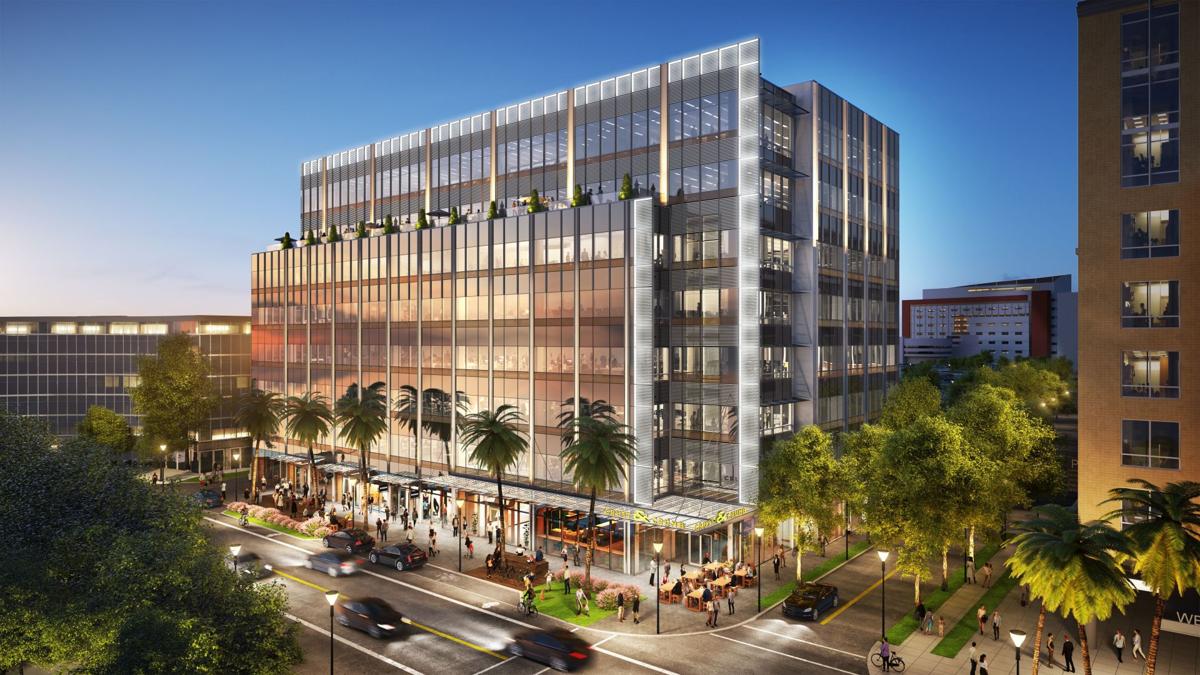 A rendering shows what 22 WestEdge, the third building to be built as part of the development on the western side of the Charleston peninsula, will look like upon completion. It's scheduled to be open by the end of the year. Provided/WestEdge Foundation

The City of Charleston knows what it wants to do with the commercial space it has leased in the emerging WestEdge development, and it will go to a business accelerator already working with local startups.

City Council voted in favor of a plan to allow the Charleston Digital Corridor to manage 8,000 square feet in the newest building at the mixed-use project Tuesday.

The measure comes about a year after the city agreed to lease the office space to help the developer secure the financing it needed to build, but without any firm plans for it.

The deal with the Digital Corridor gives the local tech accelerator and business incubator more room while it waits for its permanent home on Morrison Drive to be built.

It is a small portion of the newest addition at WestEdge, which will be eight stories tall and have roughly 160,000 square feet of space.

Still, the question of how to use the offices has inflamed sentiments among some on City Council who feel the government should never have agreed to the deal.

The city plans to spend $337,000 over two years to have the Digital Corridor manage the space, including $100,000 per year in management fees. Left empty, the city would be on the hook for about $1.5 million in rent over five years.

Ernest Andrade, director of the Digital Corridor, said he needs the space to accommodate the backlog of young companies asking to set up shop in his offices.

The WestEdge development was conceived more than a decade ago as a planned live-work development. Situated on 50 acres hugging the Ashley River, two buildings on each end of the property are finished — 10 and 99 WestEdge include apartments and retail businesses.

The new building is called 22 WestEdge, where the plan has always been to fill it with private-sector tenants from the technology, biotech and life sciences industries. The Medical University of South Carolina and the South Carolina Research Authority have also committed to lease space in the building.

Andrade said he has roughly eight companies waiting for the space. He told City Council he expects to be able to find renters within four months.

Ushering new companies into WestEdge would mean the city is encouraging high-wage industries to gain footing in Charleston, he said.

He advocated to leave the space empty. Doing so would save the city from a termination fee if it wants to pull out of its lease.

“I just think we have a shot to limit our exposure,” White said.

He said he supports the Digital Corridor and acknowledged the success it has had, but said the plan to give the city's space to the nonprofit group a "bailout."

When the city agreed to lease space, staff wasn’t sure what it would be used for, said Matt Frohlich, the city's deputy chief financial officer. Leaving it empty wouldn't provide any benefit, he said.

"Essentially you would just have a room full of drywall and studs sitting there that we would be paying rent on," he said.

Tecklenburg said the decision of what to do with the space comes down to more than dollars and cents. Allowing the Digital Corridor to manage it will advance economic development, he said.

Tecklenburg bets the city will want to keep its lease. In the meantime, the city can give Andrade's group some breathing room, he said.

”Now is the perfect time to continue to support their efforts,“ he said.

Andrade was a longtime city employee before leaving in favor of a private role at the Digital Corridor in 2015. The tech accelerator has moved a few times in the last several years.

In 2009, when the group's first "Flagship" incubator opened, Andrade said the space was filled with tenants within three months. The idea was to provide affordable and temporary real estate for startups to help them get off the ground.

Today, the program is in an office at Meeting and Mary Streets, where its tenancy will be temporary. The Digital Corridor is awaiting the construction of the Charleston Tech Center on the upper peninsula on Morrison Drive. Work on the brand new building began in May.

In the meantime, Andrade said he is shuffling companies between stalls and reimagining small spaces to accommodate startups that need office space.

A few months before opening, tenants are lining up for Charleston's latest WestEdge building

Tenants have a move-in date for the latest addition to the emerging WestEdge development, and the renter with the penthouse suite will be a year-old life sciences startup.

Vendr includes actor and investor Ashton Kutcher among its early financial backers. It helps other businesses manage their software purchases and renewals.