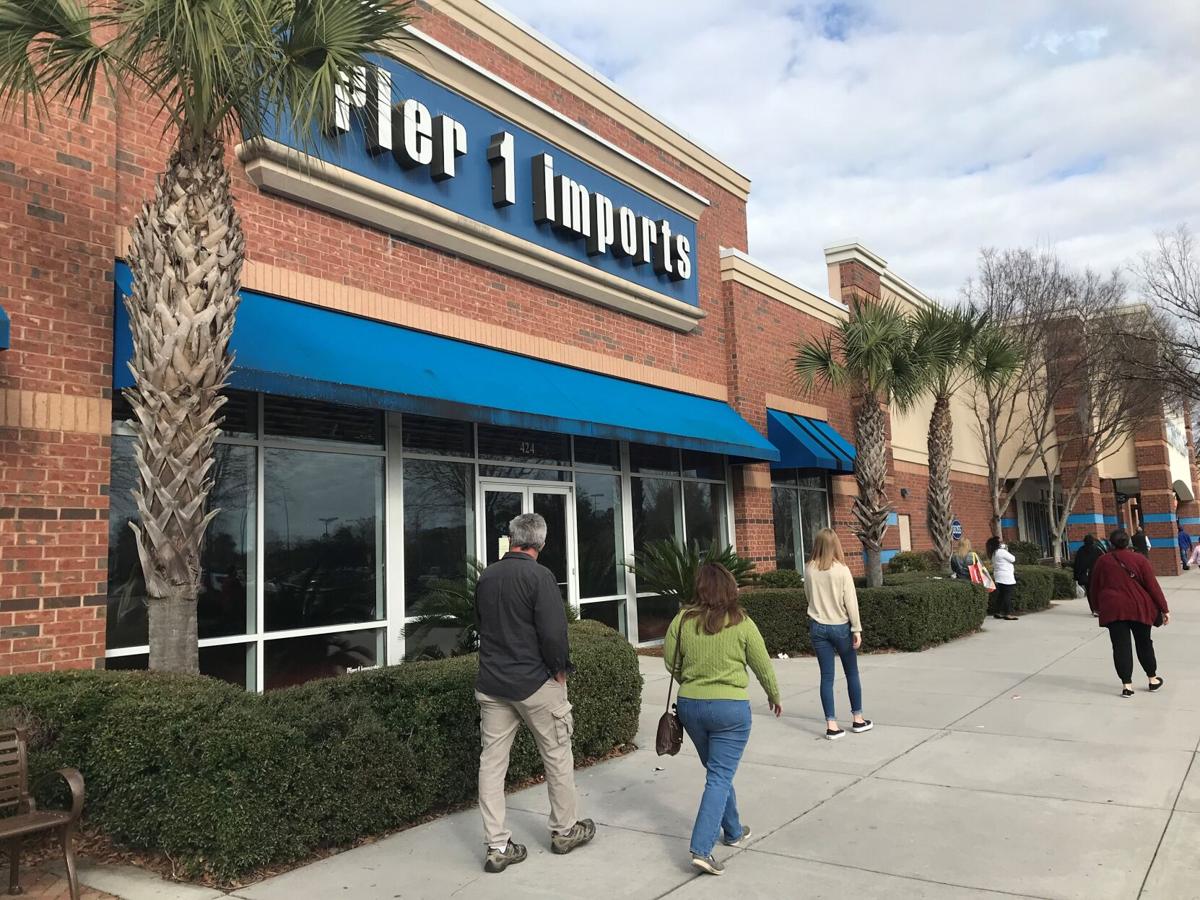 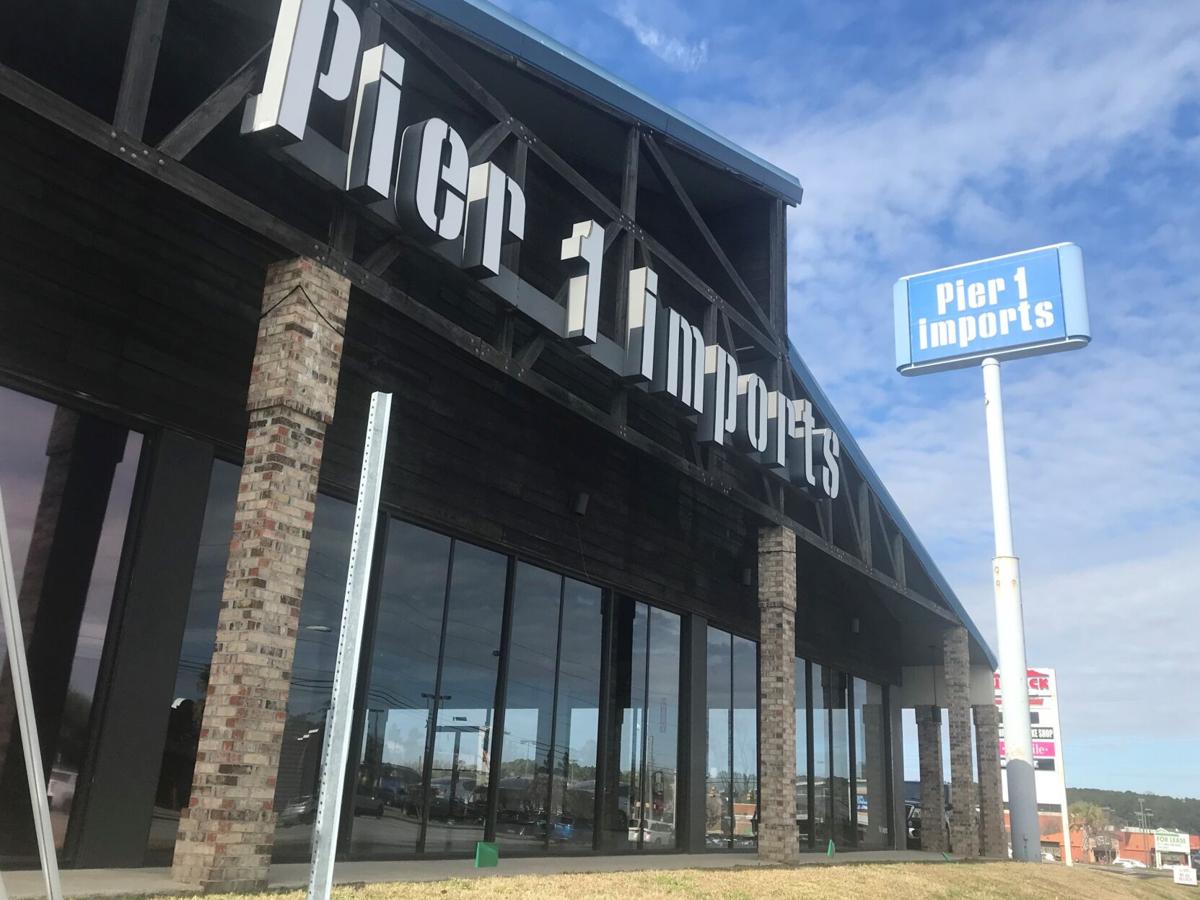 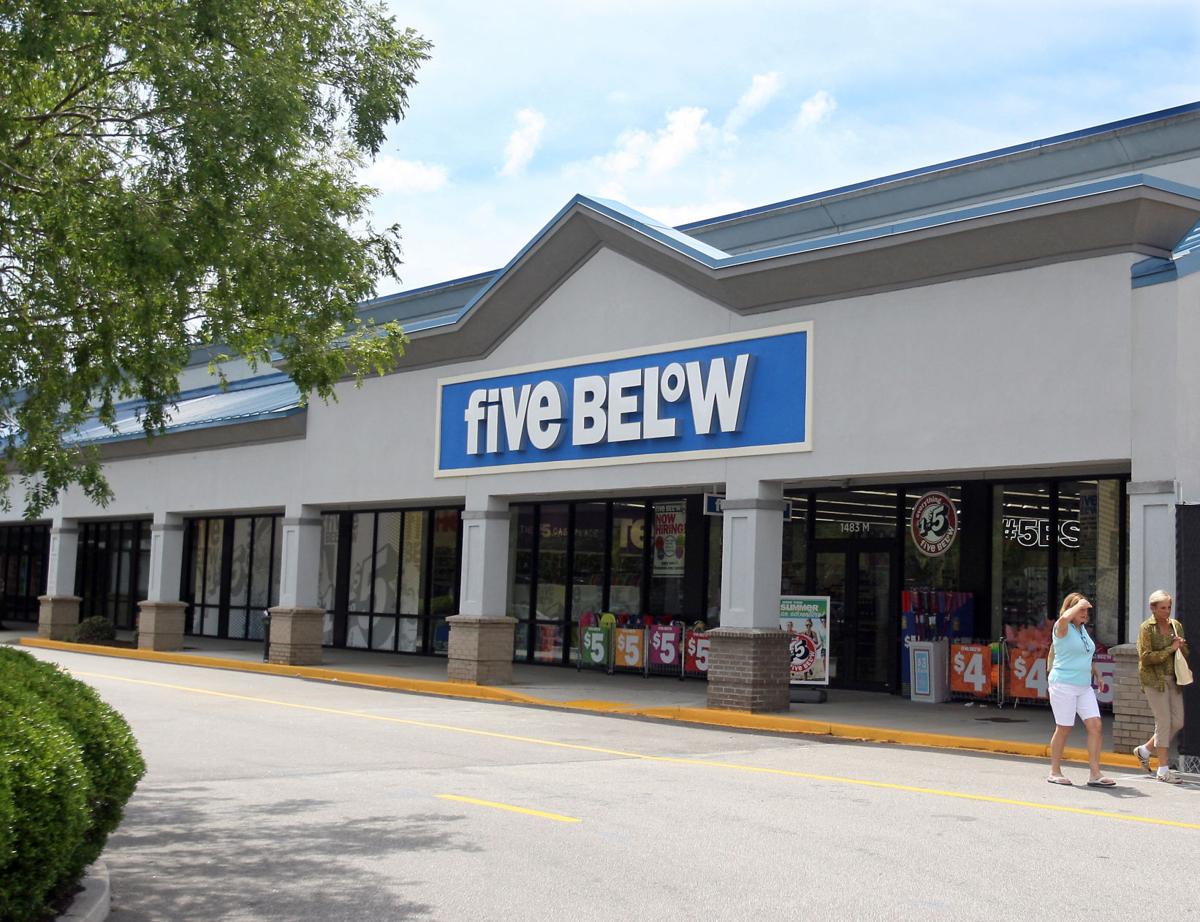 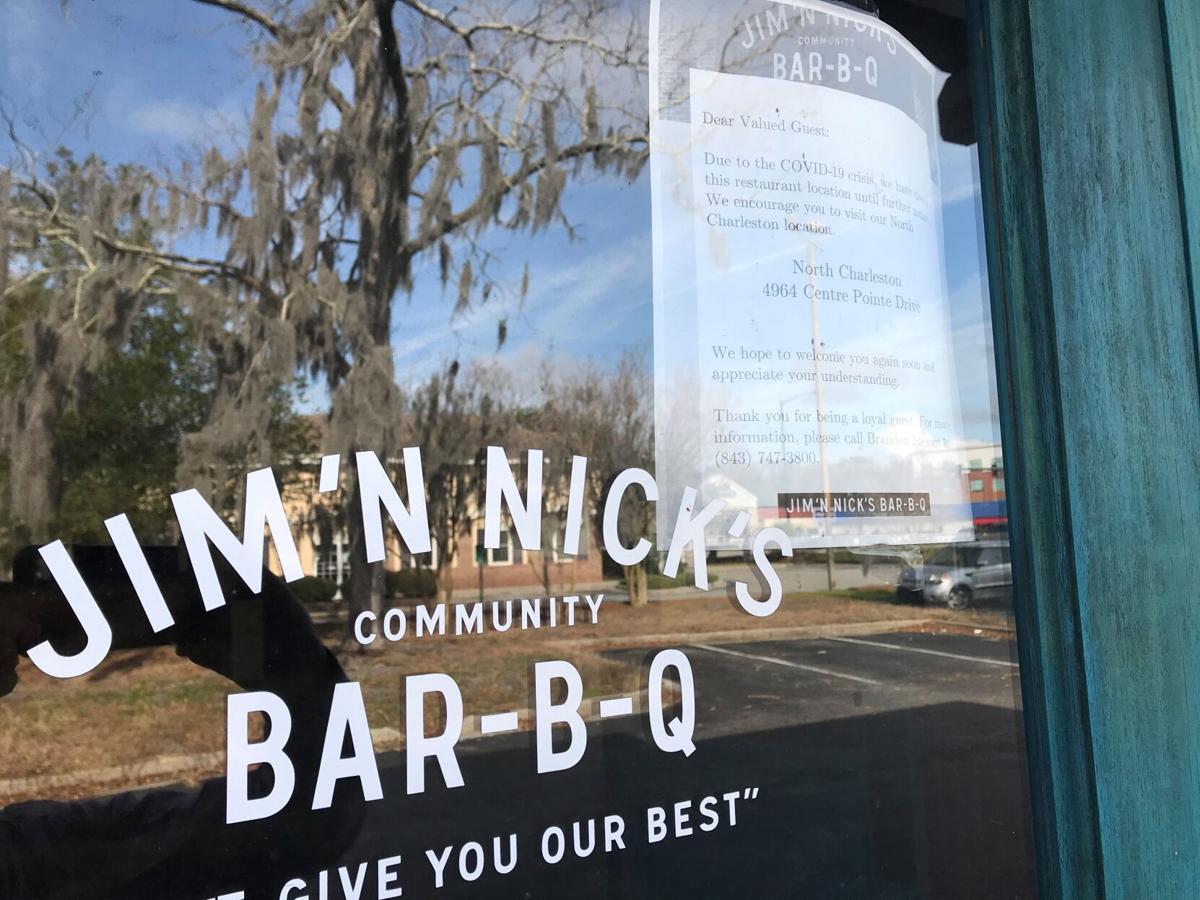 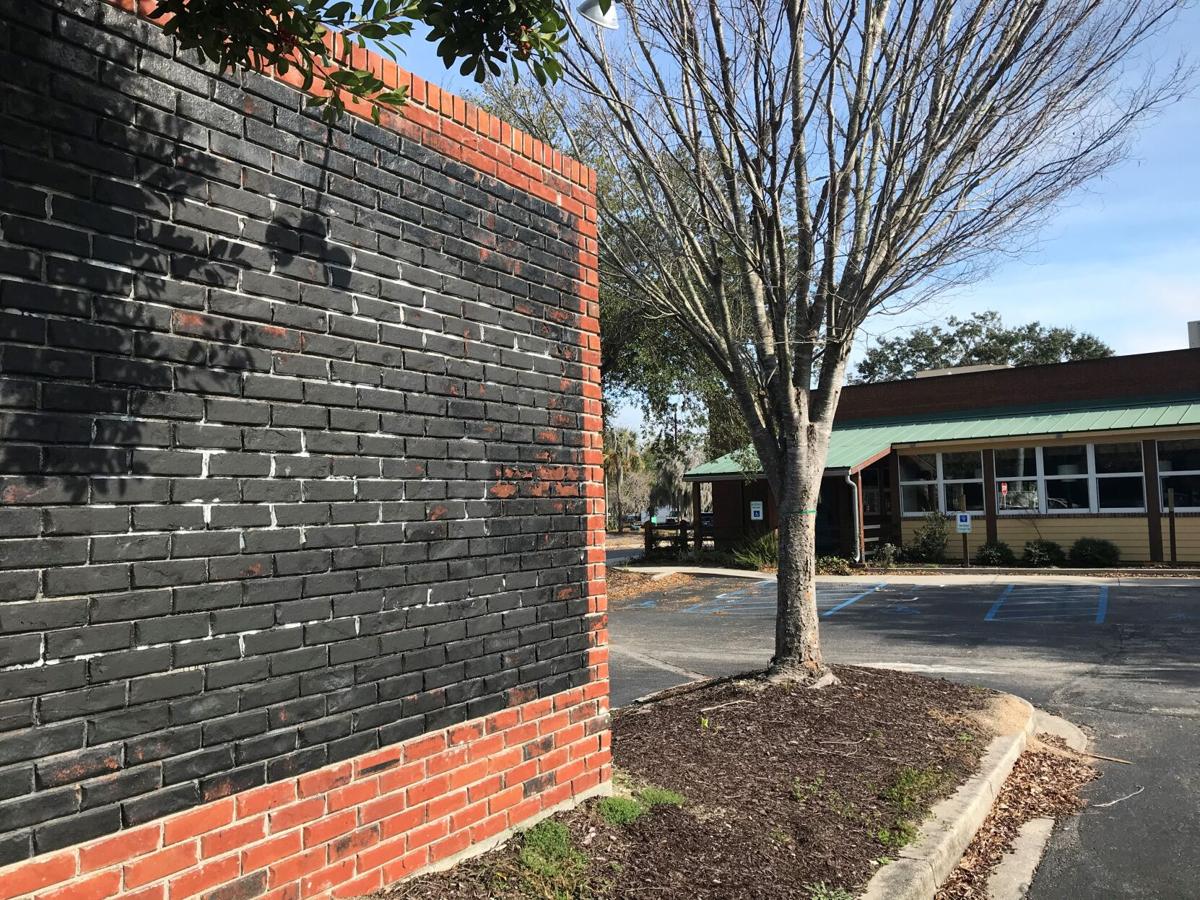 A sign on U.S. Highway 52 near Cypress Gardens Road shows a new retail center called Moncks Corner Marketplace that will be built next to an Exxon service station. Publix supermarket announced last May it will put a new store on the site. Warren L. Wise/Staff 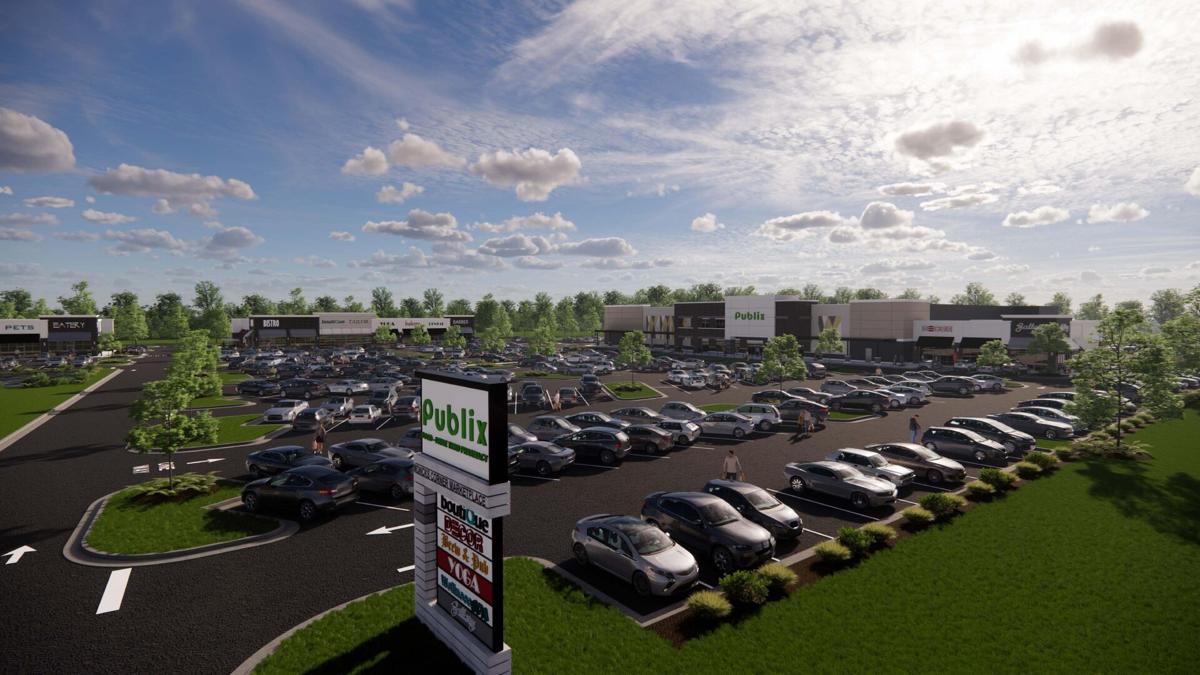 Publix supermarket will anchor the new Moncks Corner Marketplace slated to be built on U.S. Highway 52 near Cypress Gardens Road in Berkeley County, starting by June of this year. Rendering/Branch Properties

A pair of darkened Pier 1 Imports stores in the Charleston area will soon be reconfigured for new tenants.

Memphis, Tenn.-based AutoZone plans to renovate the former houseware chain's location at 7643 Rivers Ave. in North Charleston while discount retailer Five Below plans to move into the former Pier 1 space in Azalea Square Shopping Center in Summerville, according to construction documents.

Plans call for the new store in North Charleston to take up 8,993 square feet in the shopping center where Outback Steakhouse operates near Northwoods Mall.

AutoZone has 14 stores in the Charleston area.

In Summerville, Philadelphia-based Five Below, which sells almost all items for $5 or less, plans to open a second Charleston-area location in a 10,974-square-foot shop on Azalea Square Boulevard near Ross Dress for Less.

The discount chain operates 12 other stores across South Carolina, including one in the Walmart-anchored Wando Crossing Shopping Center in Mount Pleasant.

With more than 950 stores in 38 states, Five Below opened 120 new stores in 2020, with the newest ones in the Palmetto State in Easley and Sumter.

Representatives of AutoZone and Five Below did not respond to requests for comment.

Pier 1 Imports filed for bankruptcy last year and closed all of its stores. It continues to have an online presence after Dallas-based Retail ECommerce Ventures  acquired the brand name last year.

The developer of a new shopping center coming to the rapidly growing Moncks Corner area says the retail site will be ready for all tenants by the fall of 2022.

Work is expected to begin during the first half of this year.

The new retail center will include 26,880 square feet of additional retail and restaurant space. Construction is expected to be completed by June 2022 with Publix expected to open in the fall of 2022.

"We have seen tremendous growth in Moncks Corner over the past several years and are constantly in need for more accessible shopping and dining offerings for our residents," Mayor Michael Lockliear said.

More than 4,000 new homes are planned for the surrounding area. Many will be near the proposed grocery store, which is eight miles south of the traditional core of the Berkeley County seat.

"This development is a continuation of our firm’s dedication to identifying well-located sites for Publix that serve the local community," said Branch chief investment officer Jesse Shannon.

Branch recently erected a sign on the site saying the retail center is "Coming Soon."

The Jim 'N Nick's Bar-B-Q restaurant in Mount Pleasant won't be reopening after announcing last year it would be closed temporarily because of the COVID-19 pandemic.

The building at 1486 Stuart Engals Blvd. near Walmart in Wando Crossing Shopping Center is now empty and the restaurant's name has been removed from roadside sign.

A manager at the Jim 'N Nick's near Tanger Outlets in North Charleston said workers recently cleaned out the East Cooper restaurant and that it won't reopen.

The chain's other South Carolina locations are in Bluffton near Beaufort and Indian Land near Charlotte.

Kiawah Island's only liquor store recently more than doubled in size after moving to a new location in Freshfields Village Shopping Center.

Kiawah Spirits is now in a 1,600-square-foot space at 615 Freshfields Drive between SeaCoast Sports and Outfitters and Coastal Footwear.

The former space will now be used by FortyEight — Wine Bar & Kitchen as a private event space called FortyEight — Reserve Room in the coming months.

The beverage shop is open 10 a.m.-7 p.m. Monday through Saturday.