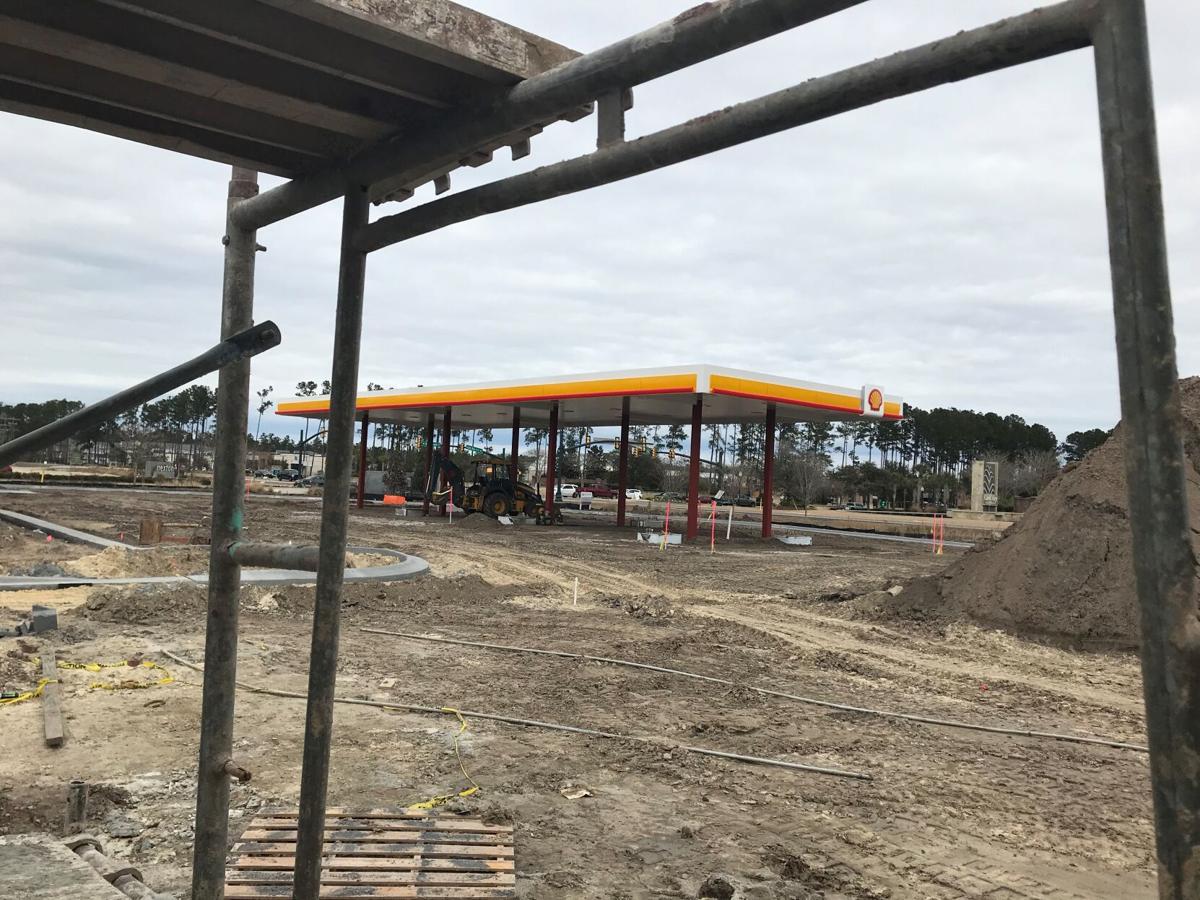 A Blue Water gas station is one of four buildings currently under development in the new North Creek Market retail center on the edge of Nexton across from Cane Bay in Berkeley County. In the distance is Cane Bay Boulevard and the Publix-anchored Market at Cane Bay shopping center. Warren L. Wise/Staff 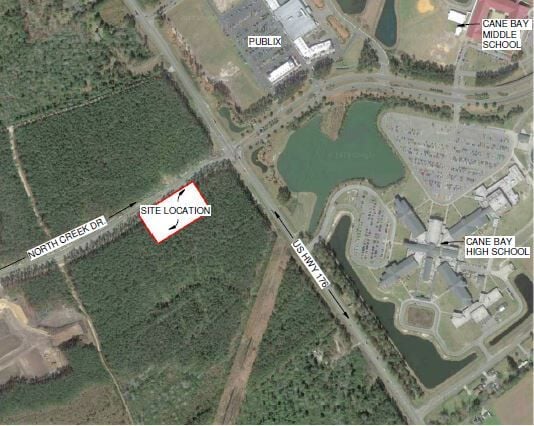 SUMMERVILLE — The first retail stores and restaurants in a new development on the edge of Nexton across from Cane Bay could be completed by this summer, and the developer is in talks with three different grocery stores that could bring competition to the growing area of Berkeley County.

Four buildings currently are under construction in the first $30 million phase of the new North Creek Market at Nexton where North Creek Drive meets U.S. Highway 176.

Collared Greens clothing to open in Charleston as another shop closes; 3 dining spots on way

Developer Eddie Buck expects the first businesses to be operational, possibly as early as May, on the eastern side of North Creek Drive.

A Blue Water convenience store with Shell gas is rising on the corner while a Dunkin' donuts shop and Azul Mexican Restaurant will sit in a separate building along U.S. 176.

"My goal is to have Blue Water and Dunkin' open in May," Buck said.

Two other buildings under construction along North Creek Drive behind the gas station will include a variety of businesses.

Tenants lined up for the structures include restaurants Buffalo Wild Wings, Jersey Mike's Subs and Marco's Pizza. Others include Heartland Dental and Princess Nails.

He believes Buffalo Wild Wings, Jersey Mike's and the nail salon could be ready by June with the others following not long afterward.

"There is a little bit of space left in each building that has not been leased," Buck said. "We will get them built out and then see who can fit in the space."

Buck also is in talks with Raising Cane's Chicken Fingers to build a new restaurant on a parcel between the gas station and the building that will house Buffalo Wild Wings and other tenants.

"We are negotiating a lease with a goal to start by the end of the year," he said.

A separate building planned near Arrogate Village Apartments on North Creek Drive is expected to become an Ace Hardware site in a second phase of construction.

On the western side of North Creek Drive, fast-food restaurant McDonald's, auto parts retailer AutoZone and Time To Shine Car Wash will be built over the next year.

Buck believes McDonald's will probably be the first of those to open. On the back left corner of that same parcel, a 500-unit, 70,000-square-foot Extra Space Storage will be built.

A third phase of construction will include a supermarket.

"We are in active discussions with three grocers," Buck said.

No decision has been made which supermarket chain will become part of the new retail center, but it likely won't be Publix.

The Florida-based grocer operates a store across the street at the entrance to Cane Bay Plantation.

Driving retailers and restaurants to the area is the growth in housing in the Charleston-area suburbs.

The new retail project is surrounded by three mega-housing developments.

Cane Bay, Carnes Crossroads and Nexton are at different stages of development, but about 25 percent of the more than 27,000 planned housing units have either been built, sold or are under construction, based on figures from last fall supplied by representatives of each community.