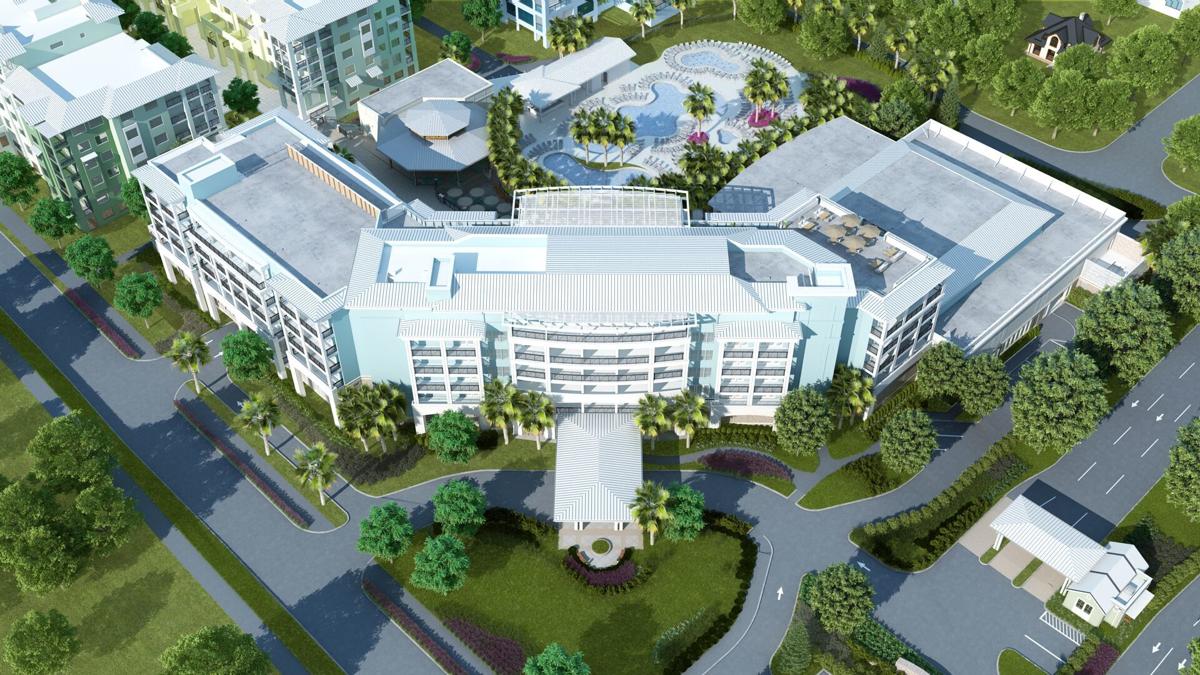 A new 153-room hotel rising now at the Isle of Palms resort Wild Dunes will double the meeting and event space offered at the entire 1,600-acre resort. Provided rendering/Lowe. 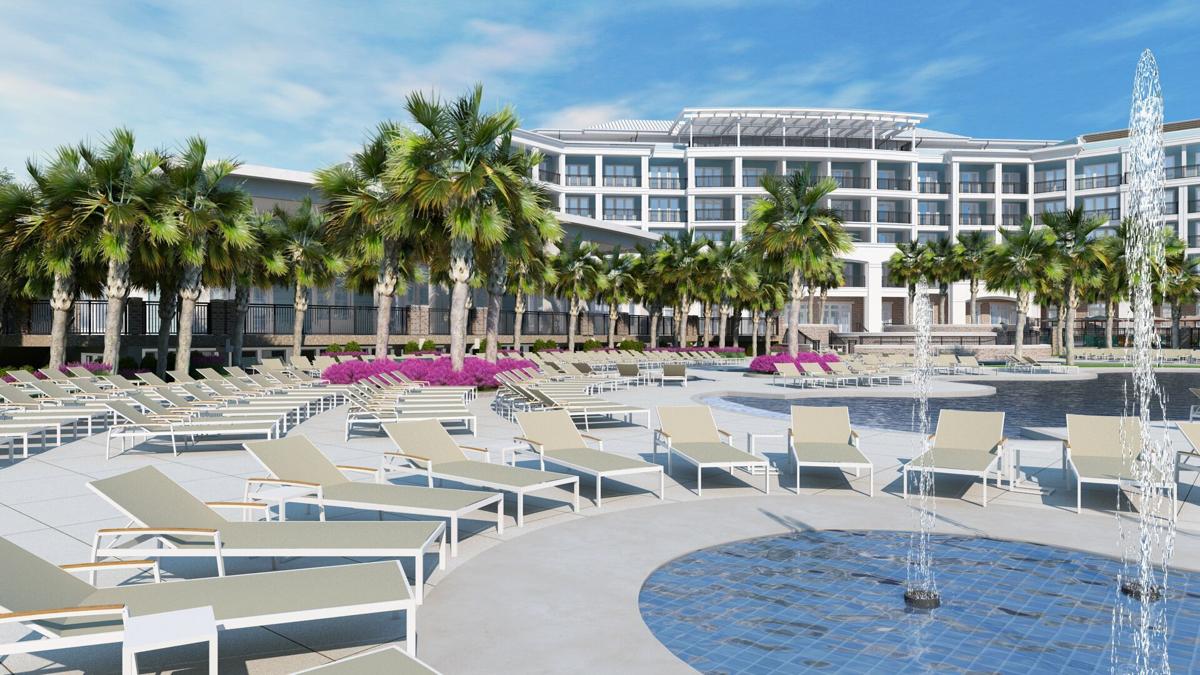 As part of the new hotel development, the pool area at Wild Dunes will be expanded. Provided rendering/Lowe.

With an expansion underway, a gated Isle of Palms getaway plans to add guest rooms and revamp the visitor experience at its existing accommodations.

Construction of a new hotel at Wild Dunes Resort — a 1,600-acre beachfront complex with golf courses, hotel rooms and rental homes and condominiums — incorporates amenities that will impact the whole vacation community, including ballroom and event venue additions that will double the amount of meeting space.

The expansion is expected to be completed and open to guests by April 2021.

The hotel is rising next to the Village, a condominium-style hotel and retail area that was built in 2008.

More than a hotel addition, the new development is like "Wild Dunes phase two," Amie Hammer, an assistant vice president and construction manager at the development firm Lowe, said during a recent tour of the construction site.

Hammer led members of the National Association of Women in Construction on a tour around the hotel earlier this month. Charleston's chapter of the organization, chartered just last year, was hosting its first regional conference at Wild Dunes and included the tour in its two-day agenda.

Lowe, which is headquartered in Los Angeles and has an office in Charleston, bought Wild Dunes in 1990. The company has updated and expanded the resort in the years since since, most recently investing in a three-year renovation that included the resort's AAA four-diamond-rated Boardwalk Inn.

Hammer said that the new hotel will fulfill a plan that was set out back when the Village opened a little over a decade ago.

Areas like the new hotel's spa, fitness center and pool deck are intended to be used by guests in the adjacent Village, too. Because of that, the 153-key hotel is coming with a suite of amenities that's much larger than would typically be built at a lodging of its size, Hammer explained.

The existing spa in the Village is being replaced by a 10,000-square foot facility with 14 treatment rooms in the new hotel. And the outdoor pool deck that backs up to the Village will be expanded to include a new pool, whirlpool spas, a kids splash pad and a poolside restaurant and bar.

In total, the new hotel will add 30,000 square feet of meeting space, bringing the resort's capacity for large groups up to 650 people. That square footage includes a grand ballroom, a rooftop ballroom, a terrace and a wedding venue with views of the ocean.

The entire Wild Dunes complex shares entrances, but guests at the rising hotel will arrive through a different gate that's being built as part of the expansion.

In addition to helping with traffic that will likely be generated by the new hotel, the entrance will have a welcome center and be equipped with staff and guest services that are catered to guests' needs. Anyone coming into the resort area now has to check in with a security guard.

Meanwhile, Lowe is also building a 225-room hotel that's rising at the former State Ports Authority property next to Waterfront Park in downtown Charleston. That project will also include a large amount of amenity space, including ground floor storefronts, a cafe, a restaurant and a pool deck that overlooks Charleston Harbor.