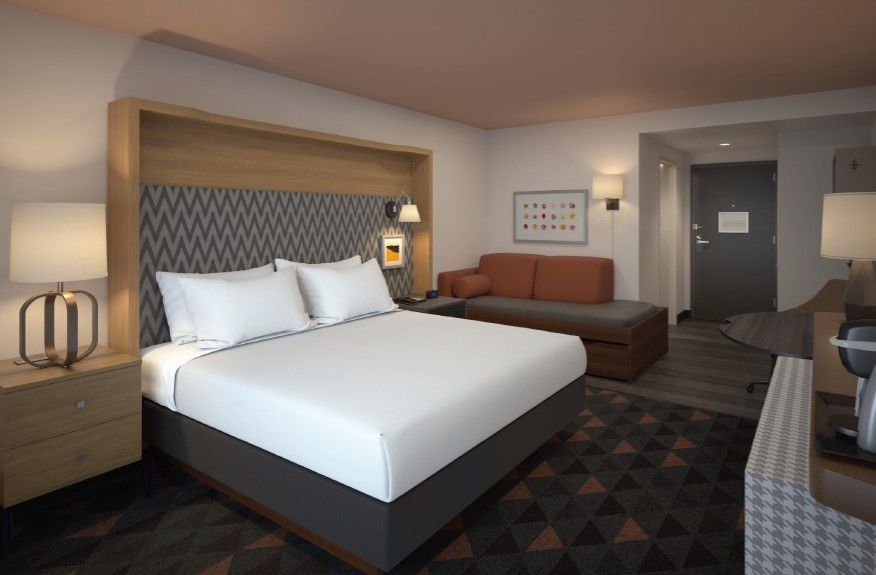 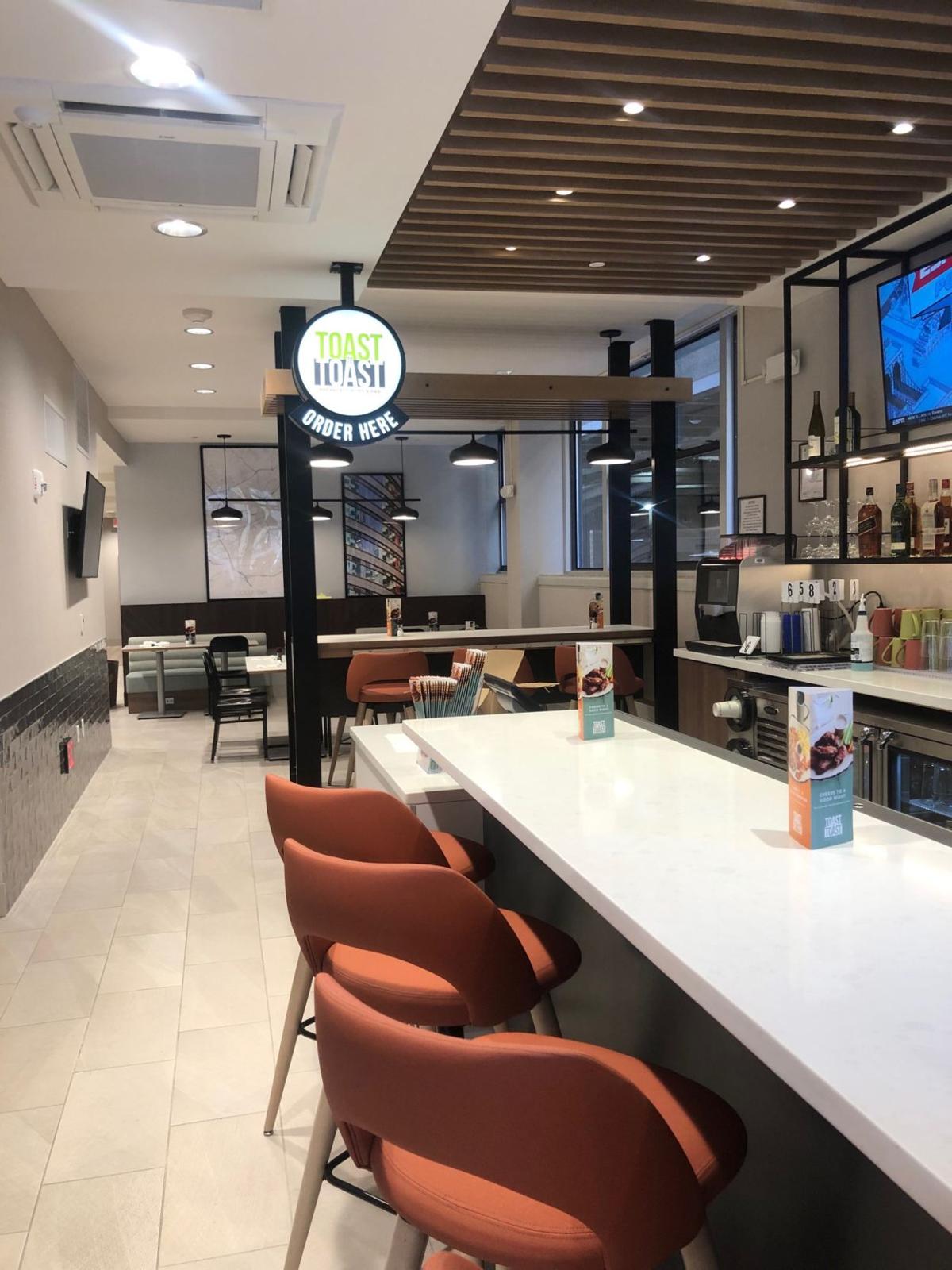 A restaurant in the new Holiday Inn in downtown Columbia serves lunch and dinner with American-style menu items.

This is the first installment of Columbia-area Real Estate, a monthly column that will be posted the third Thursday of each month at postandcourier.com. Do you know of a new development, expansion or closing that should be included? Write to jholdman@postandcourier.com.

Holiday Inn started booking guests into its 90 rooms at 1233 Washington St. last month. The 10-story building was built in 1954 to house Security Federal Bank. The hotel still boasts some of the bank’s original features, including marble in the lobby and a mail chute near the elevators.

The $15 million hotel was one of the first built using the Holiday Inn brand’s new design that allows a more smaller, flexible and boutique-like structure.

“It’s not your typical Holiday Inn,” said General Manager Jesse Broome of the hotel chain which used to require all its properties to have a full-service restaurant and conference center.

There is still a small, limited service restaurant in the hotel: Toast to Toast, which serves breakfast and an American-style menu for dinner. There's also a 20-person conference room and fitness center for guests.

Repurposing the building, with its small 5,000-square-foot footprint, proved challenging during construction.

“We stripped it down to the structure,” said Lee Mashburn of Mashburn Construction.

Taking on projects like this is what the owner, Lexington Hospitality, prefers.

“They love to do the unique stuff,” Broome said.

The Holiday Inn is the company’s fourth in the Columbia area, said COO Raj Champaneri, whose portfolio includes the Aloft on Lady Street.

“It took a lot of thinking and design,” he said. “It turned out nice with beautiful views.”

Champaneri said his company’s next project will be a Marriott hotel in downtown Lexington. They plan to break ground on the project, which will be the first in the town’s core, in July.

Another five-story, 105-room Holiday Inn Express is under construction at the corner of Washington and Lincoln streets in the Vista entertainment district. The hotel, being built by Sumter developer K.C. Udani, is expected to be completed in May or June.

Solara was the developer of nearby The Residence Inn by Marriott.

Construction has started on the $6 million expansion of a West Columbia townhome community overlooking the Congaree River.

Columbia developer Bill Bradshaw's Flow 2 will add twelve new townhomes, each with three bedrooms and three full bathrooms. The main living space of each is on the third floor to take advantage of the river and city views. The community has a pool for residents. The homes should be complete by November 2020.

“This whole area is just booming,” Bradshaw said in a statement, with the convenience of being able to walk to five or six restaurants and other businesses on the redeveloped State Street corridor.

“I’m very, very excited to see the second phase of Flow going in,” said West Columbia Mayor Tem Miles. “Those units are magnificent. It is as nice as anything you could live in anywhere.”

Community leaders have raised concerns about the amount of new residential and retail development taking place in the area being stymied by proximity to the House of Raeford chicken plant. So far that hasn't stopped the first phase of the Flow townhome community from filling.

Owners of the 60-year-old plant have done their best to allay neighbors concerns, enacting measures to control odor. With 800 employees, the plant is also the largest employer in the city.

Construction has finally started on a long-awaited student housing project on Huger Street.

Talk of the five-story, 486-bed complex being developed by Tampa-based 908 Group Holdings at the intersection of Hampton Street started in 2017.

Another longtime project, a 16-story building called The Edge, is also in the final design approval process for its development on Assembly Street adjacent to Richland Library.

Columbia's Design/Development Review Commission last week asked the Chicago-based development firm CRG to address concerns over trash truck access and a different window design with city staff before it would be granted the necessary approval needed to start construction in the fall.

Where there are high school students, fast food will follow. Just check Lexington.

The $80 million project would have 679 beds and units will range from one to five bedrooms.

Do you know of a residential, commercial or industrial development in the Midlands that is opening, closing or expanding? Reach Jessica Holdman at jholdman@postandcourier.com.