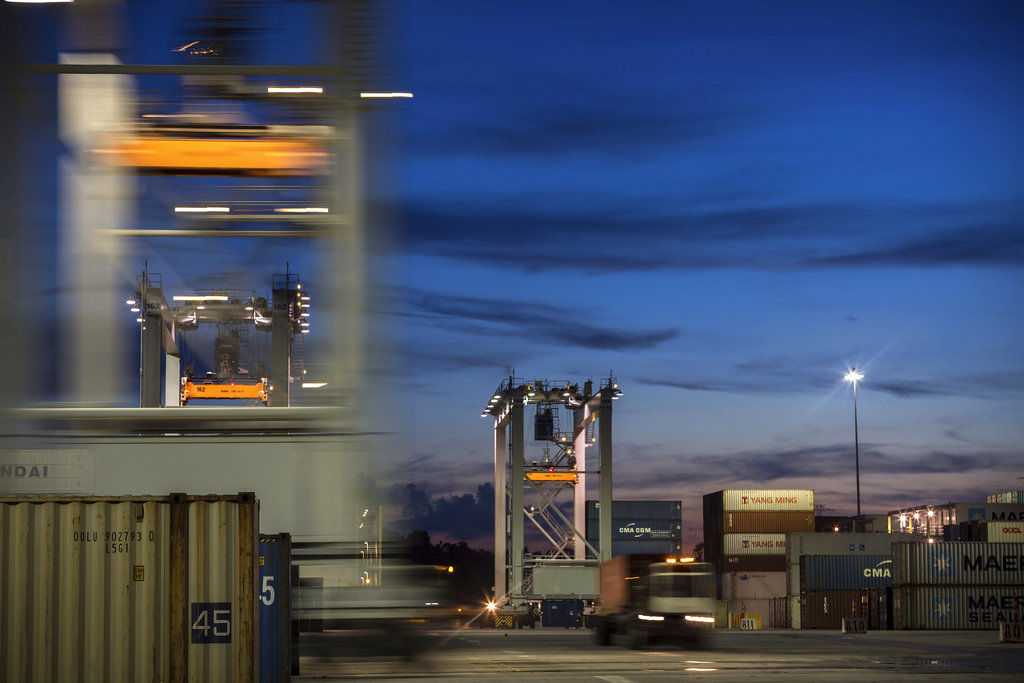 The Port of Savannah (above) is looking to expand on nearby Hutchinson Island while pushing back the projected timeline for a shipping terminal it agreed a decade ago to build with South Carolina in Jasper County. File/AP 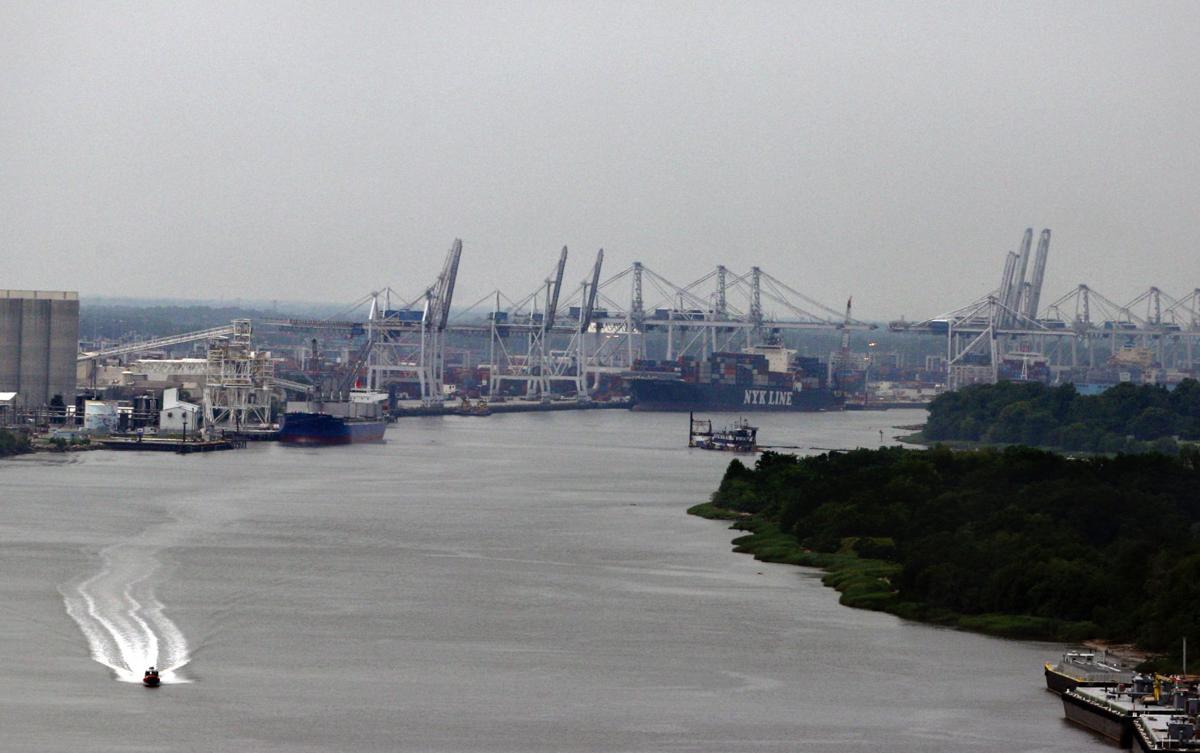 The 1,500-acre Jasper Ocean Terminal is being proposed for the South Carolina side of the Savannah River, downstream from the Port of Savannah (above). File

The Port of Savannah (above) is looking to expand on nearby Hutchinson Island while pushing back the projected timeline for a shipping terminal it agreed a decade ago to build with South Carolina in Jasper County. File/AP

The 1,500-acre Jasper Ocean Terminal is being proposed for the South Carolina side of the Savannah River, downstream from the Port of Savannah (above). File

South Carolina port officials will spend $5 million on land for the planned Jasper Ocean Terminal even as their project partners in Georgia appear to be backing away from the ambitious maritime venture.

Board members with the S.C. State Ports Authority voted last week to buy about 435 acres of an industrial parcel known as the Sherwood Tract along U.S. Highway 17 in Hardeeville, near the site of the future ocean terminal.

The property would be dedicated to economic development projects — such as warehouse distributors or manufacturers — that would help feed cargo to the new terminal.

On business: South Carolina county waits - and waits - for its ship to come in

Even as the SPA board approved that deal, it expressed frustration with counterparts at the Georgia Ports Authority, which is supposed to help build the $5 billion Jasper County terminal in a joint venture.

Griff Lynch, executive director of the Georgia maritime agency, made scant mention of the project during his "State of the Port" speech this month, except to say it is "still in our future, but it's probably more in the 2040 time frame" — years beyond previous estimates.

Lynch also announced plans to expand the Port of Savannah with a new terminal on Hutchinson Island and double the Georgia port's annual capacity to 11 million cargo containers, possibly delaying further the need for space in Jasper.

Bill Stern, chairman of the SPA, said he was "disappointed" in Lynch's speech and the Hutchinson Island announcement.

Stern and Gov. Henry McMaster met with Georgia Gov. Brian Kemp in June "to start the process of establishing a plan to move forward" on the Jasper terminal, McMaster spokesman Brian Symmes said at the time. The Palmetto State contingent came away from that meeting thinking progress was being made.

"I have talked to the governor, and he shares my concerns," Stern said of McMaster.

Sen. Tom Davis, a Beaufort Republican who has long advocated for the Jasper project, tweeted his disappointment the day after Lynch's speech. He said Georgia's Hutchinson Island expansion "breaches its good faith duty to help build a Jasper port."

Davis added that McMaster and South Carolina ports officials "need to push back hard. If they don't, Jasper County will — and I will help them."

A spokesman for the Georgia Ports Authority said the agency's board is meeting Tuesday and that Lynch can speak about the Jasper terminal after that meeting.

Stern said he and McMaster are reaching out to Kemp for another meeting to discuss Jasper's future.

Opening day for the Jasper terminal, originally set for 2025, has been pushed back numerous times since the project was announced more than a decade ago. South Carolina officials hoped it would be ready around 2035, when a new terminal under construction in North Charleston reaches capacity.

But under the time frame Lynch outlined this month, the Port of Charleston will run out of space for cargo containers years before Georgia is ready to start moving freight to Jasper.

To date, work has been limited to a few million dollars worth of engineering and environmental studies, although the $5 million land purchase by SPA is meant to send a statement to port-related businesses that the project ultimately will become a reality.

Money for the purchase came from a state budget item this year that also requires the SPA to transfer the land to Jasper County within five years if it hasn't been redeveloped for a port-related project within that time frame.

Once built, the 1,500-acre Jasper port, built along the South Carolina side of the Savannah River, would be capable of handling 7 million cargo containers a year and would be the largest terminal ever built in the U.S.