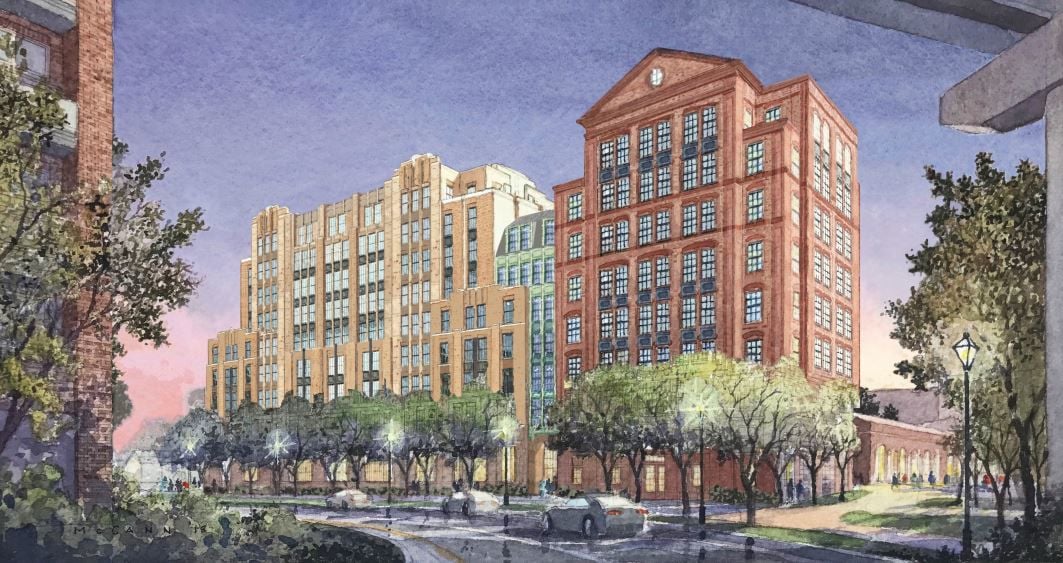 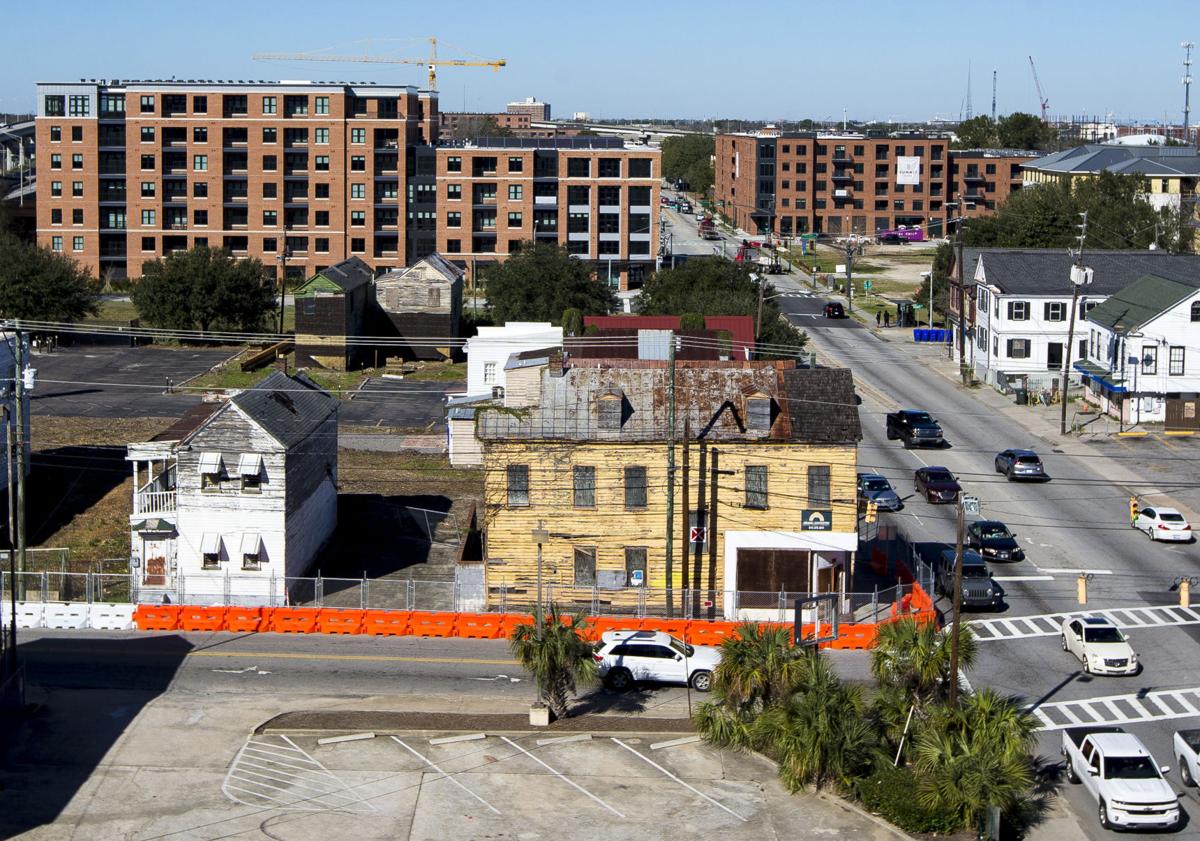 A new 293-unit apartment development called LC Line Street will break ground in a couple of months just behind the orange barricades on Line Street. The older, weathered buildings will be renovated and concentrated at the corner of Line and Meeting streets as part of the development plan. In the left background is the new Five Eleven Meeting Apartment building. Andrew J. Whitaker/Staff 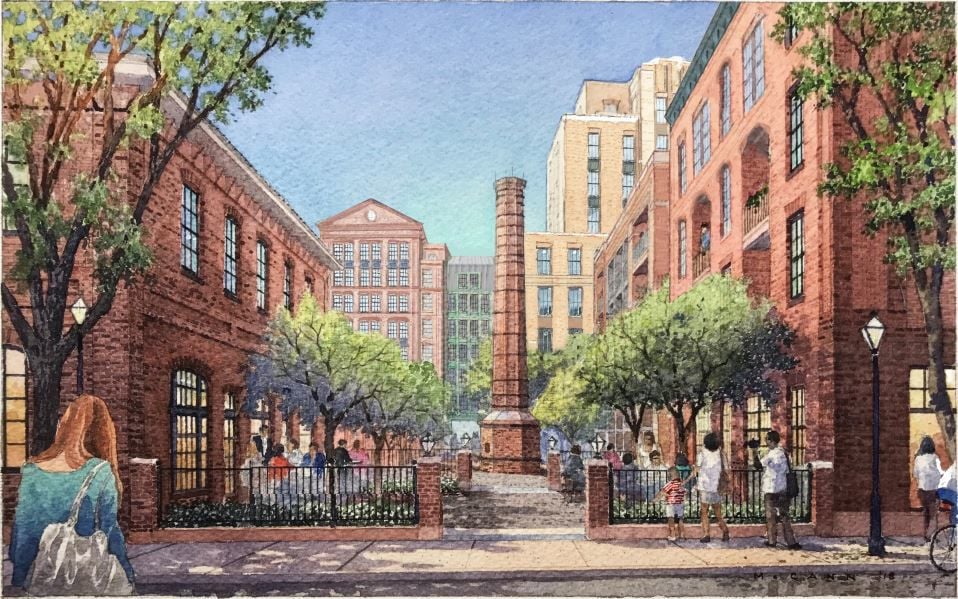 The former smokestack at an old train shed on Line Street is shown as the centerpiece in the courtyard of the proposed nine-story LC Line Street apartment project that will soon begin construction on the Charleston peninsula. Rendering/Ramsa Architects 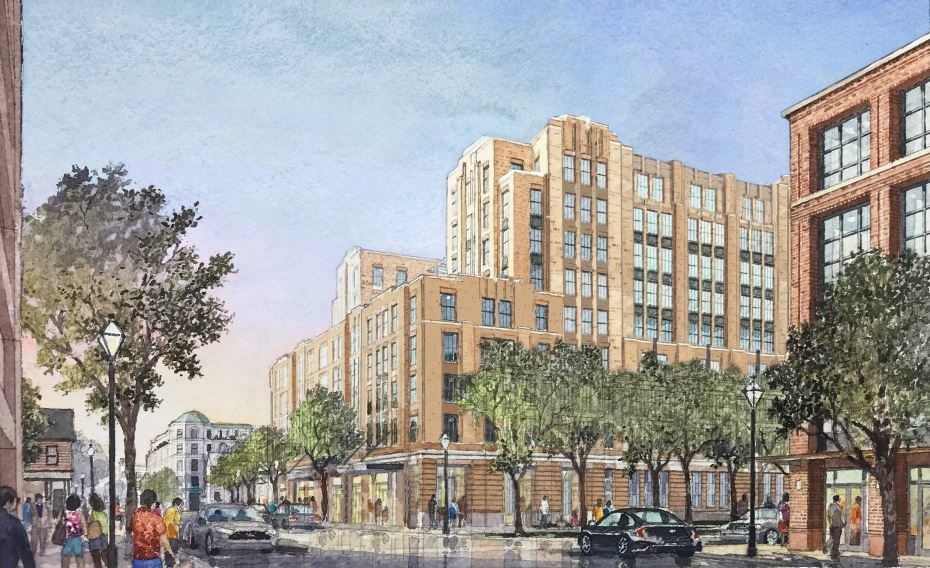 The nine-story, 293-unit LC Line Street apartment project will soon break ground on Meeting Street next to the Interstate 26 off-ramp, where the trees are shown in the middle of the rendering. The building will sit between Greystar Real Estate Partners new headquarters in the far distance at left and the new Five Eleven Meeting Apartments shown in right foreground. Rendering/Ramsa Architects 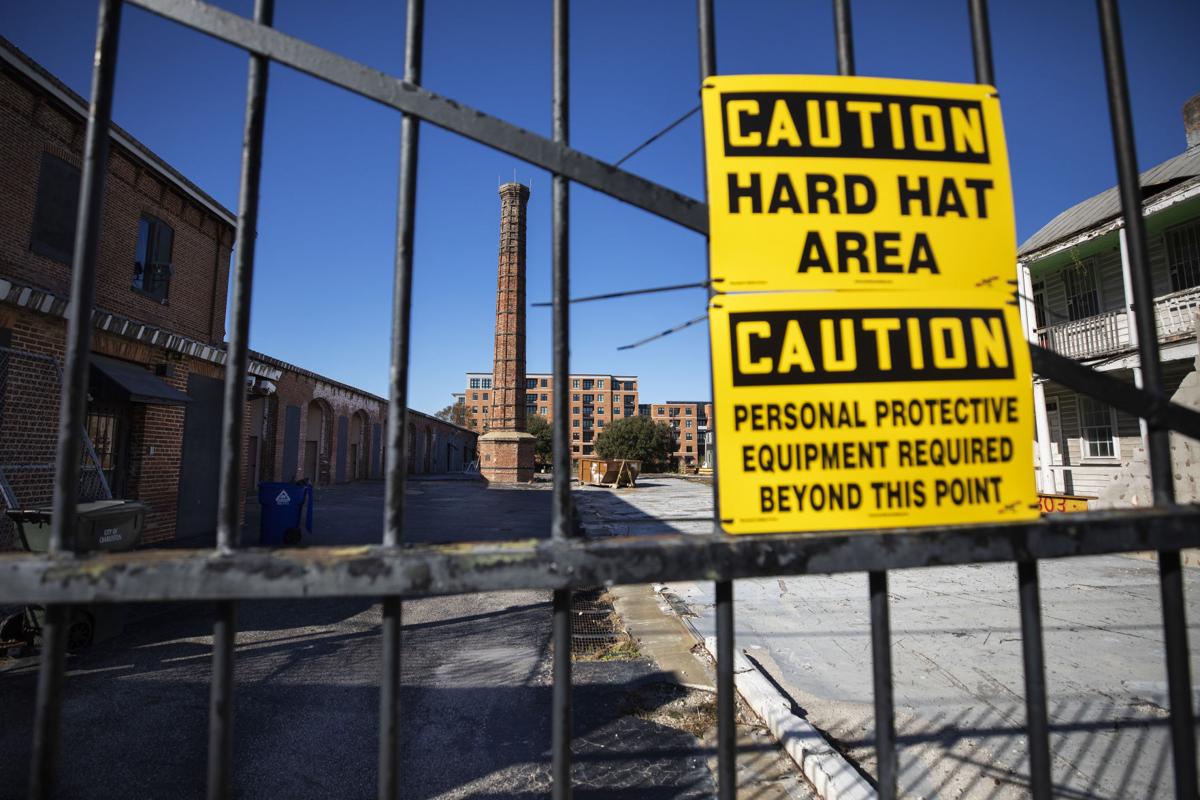 The former smokestack at an old train shed will serve as the centerpiece of a courtyard in the new LC Line Street apartment and retail project coming to Line and Meeting streets. Construction is expected to begin in about 60 days on the 293-unit, nine-story development by Lifestyle Communities of Columbus, Ohio. Lauren Petracca/Staff 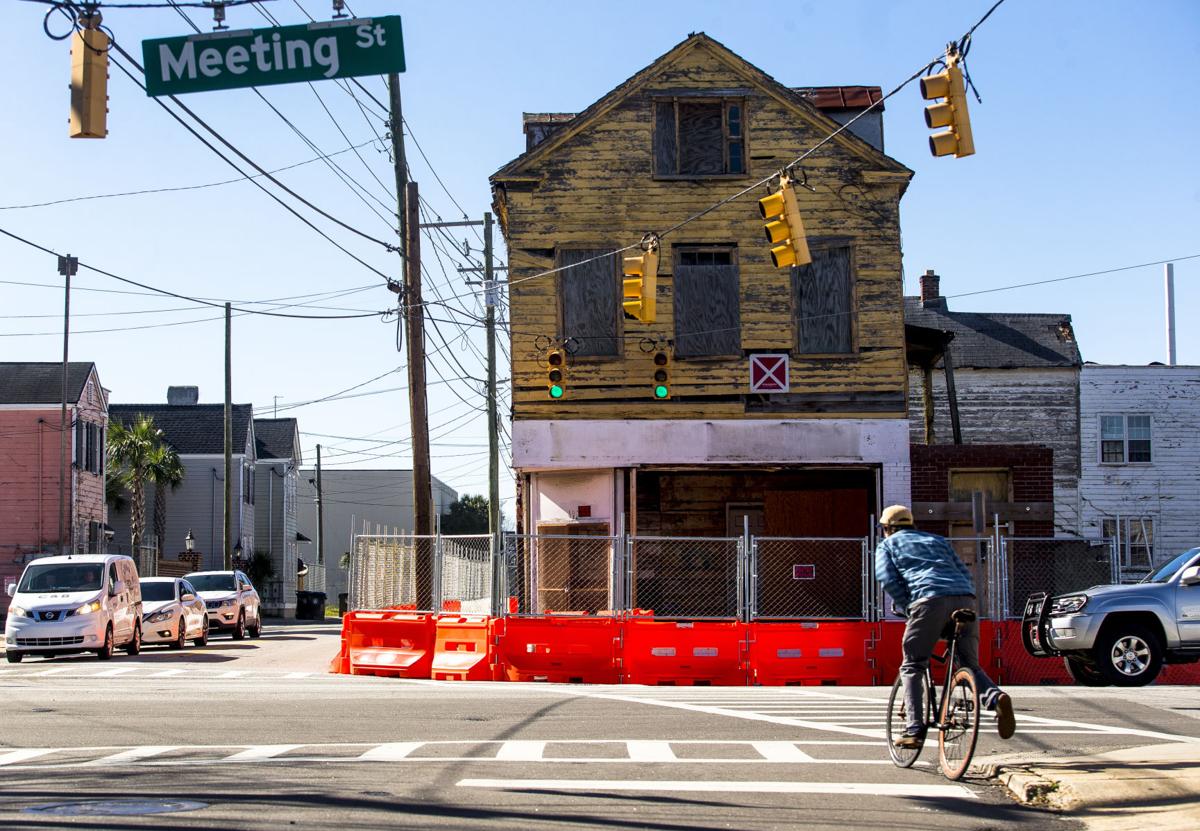 Older buildings, such as this one at Line and Meeting streets on the Charleston peninsula, will be renovated as part of the development of a 293-unit, nine-story apartment project called LC Line Street. Construction is expected to begin in about 60 days, and the corner building, once a bakery, will become a restaurant called The Goat, a branded restaurant from Ohio-based developer Lifestyle Communities. Andrew J. Whitaker/Staff

A blighted block at a key Charleston intersection is about to undergo a massive overhaul.

Construction of the nine-story structure is expected to wrap up in 2022.

The site is the block bound by Line, Meeting and Sheppard streets and is bisected by the future Lowcountry LowLine, a linear park the city and private investors are developing along an old railroad right-of-way.

Lifestyle Communities has paid a combined $22 million to assemble its land for the project. Last month, it acquired less than an acre between the former train tracks and Barsa restaurant from Norfolk Southern Railway for $8.1 million.

Another phase of construction is planned on the newly acquired tract, which is just west of the LowLine property, said Rob Zelina, senior vice president at Lifestyle Communities.

He said the exact timing and scope of the second segment of the project has not been determined, but it could include a building that's seven to nine stories tall with 250 apartment units, Zelina said.

Lifestyle's holdings also include a few small lots on the south side of Line Street backing up to The Guild apartment building. That property is owned by the parent company of The Post and Courier.

Recently erected orange barricades and chain-link fencing foretell the planned relocation of dilapidated and abandoned homes on the property closer to the corner of Line and Meeting streets in what will be called The Enclave, Zelina said. They will be refurbished.

"It's going to look and feel like it's been part of the Charleston community for centuries," Zelina said. "It's important for us to maintain the architectural feel of the community."

The reuse of the homes will become the focal point of the apartment community and include a Lifestyle-branded restaurant called The Goat, a leasing office and studio apartments.

The restaurant concept, which has been incorporated into the company's other projects, has proven to be a social gathering spot for residents and the general public, Zelina said.

"It draws people out of their units to come to the community center," he said.

Elsewhere on the property, an antebellum smokestack at the center of what had been a self-storage facility will be retained, and a historic train shed will be converted into 18 loft-style rental units. Commercial space is planned for part of a shed facing Line Street.

In all, about 22,000 square feet of commercial space is included in the first phase, where about 100 jobs will likely be created between tenants and the developer's employees.

The bulk of the residential rental units will be wrapped around a parking deck with an entrance off Line Street. Monthly rental rates have not been established, but Zelina said they will be comparable to nearby developments such as The Guild, where apartment rents start at $1,700.

In contrast to the weathered structures bordering the property now, the new development will be between the new headquarters of Greystar Real Estate Partners to the south and the modern-brick Five Eleven Meeting Apartments to the north.

Plans presented to the city in 2018 depicted a collection of different architecturally styled buildings that would greet commuters and visitors to the city as they drive from I-26 onto Meeting Street.

Zelina hopes LC Line won't be the company's only deal in the Charleston area. It plans to have a local presence for the long haul and not flip the project once it's completed, he said.

"We are committing to Charleston for the next 25 to 30 years," he said.

The company hopes to build between 2,500 and 3,000 units over the next five years in the region, with the downtown project as the core regional office.

He noted peninsular Charleston stands out from other East Coast cities partly because of its historic preservation efforts, which can be both a hindrance and an advantage.

"It does take a little bit of effort to build in Charleston, and we like that," Zelina said. "At the end of the day it can limit supply and competition."

Besides its home base of Columbus, Lifestyle Communities also operates in Nashville; Louisville, Ky., and the Raleigh-Durham area. It will soon begin development in Austin, Texas, and has Denver in its sights for future development, according to its website.