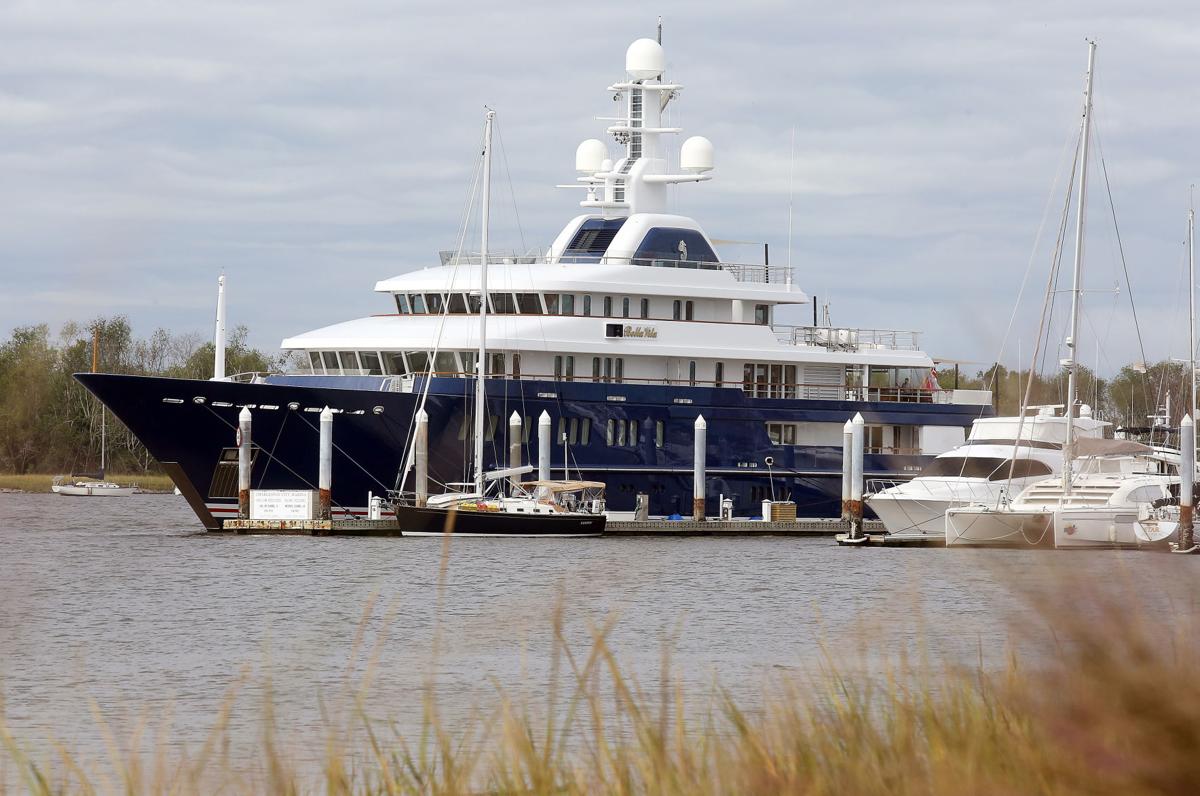 Two luxury yachts arrived in Charleston mid-week and are docked at the City Marina: the Bella Vita (pictured) and the Saint Nicolas. The Bella Vita has a helipad, multiple hot tubs, six cabins, a bar and a cinema. Brad Nettles/Staff 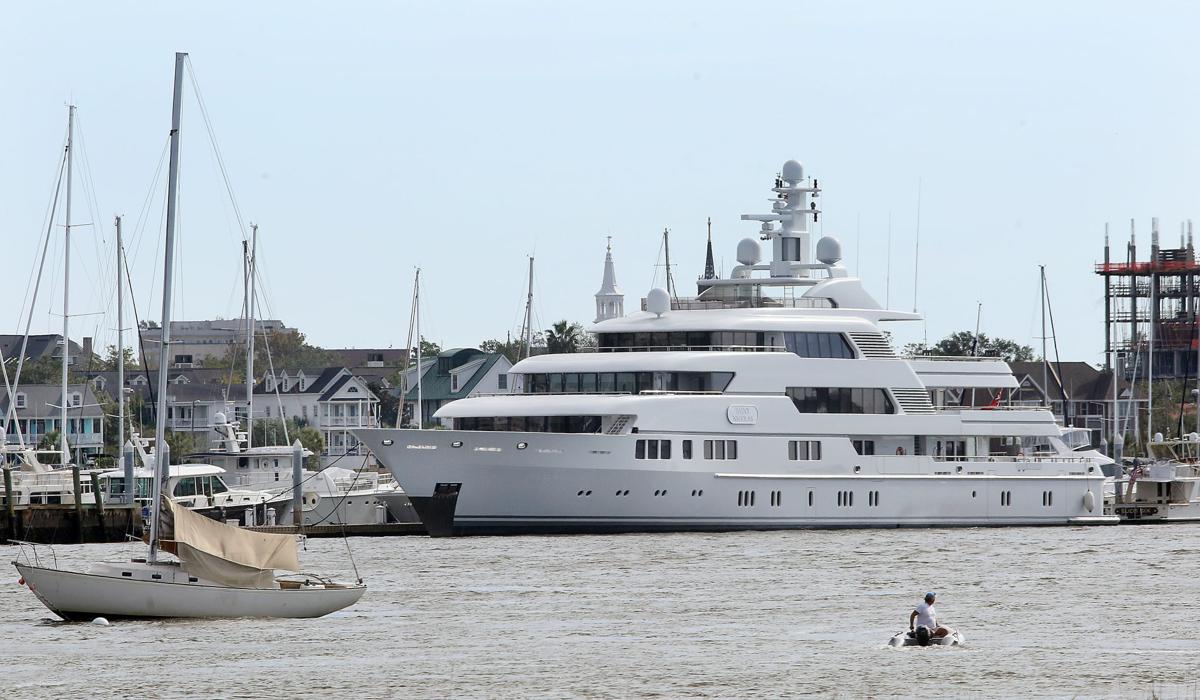 Two luxury yachts arrived in Charleston mid-week and are docked at the City of Charleston Marina: the Saint Nicolas (pictured) and the Bella Vita. The Saint Nicolas was sold a year ago for more than $50 million. Brad Nettles/Staff

A pair of more than 200-foot yachts, the Bella Vita and the Saint Nicolas, arrived in Charleston midweek, according to the Charleston City Marina office.

The Saint Nicolas, the slightly smaller of the two boats, arrived in Charleston on Wednesday morning, according to the Vessel Finder website. The yacht was in Rhode Island in early August, then Boston and New York before traveling South.

The Bella Vita, which can carry a dozen guests, arrived early Thursday morning.

It was in Nantucket, Mass., on Sept. 25. It stopped in New York, Washington, D.C,. and Norfolk, Va., before coming to Charleston.

Both luxury vessels are flying a Cayman Islands flag.

It is common for large yachts to harbor in Charleston this time of year, said Matt Malatich, a broker with S&J Yachts. His office window faces the marina, but he said he doesn't pay close attention to the large boats passing through.

Charleston residents crossing the Ashley River can't miss the two boats if they look downriver toward the ocean. The view from inside each yacht would be even more eye-popping. The Bella Vita sports a helipad, multiple hot tubs, six cabins, a bar, a cinema and a spa, among other luxuries. The vessel has a range of roughly 7,000 miles, according to its owner Moran Yacht & Ship, and can reach a maximum speed of 18 knots.

The Saint Nicolas was sold in November 2018 for 46.7 million euros (or more than $50 million), though the buyer's name was not disclosed. It is not available for charter, according to yacht websites. Its passengers can use the boat's cylindrical elevator to travel between floors. The interior is opulent, with six double state rooms. It also sports a hot tub bar.

Both were built by Lurssen, a German superyacht manufacturer founded in 1875.

The vessels' owners are paying more than $700 a night to use the local marina, given that both boats are more than 150 feet long. The white Saint Nicolas is 230 feet long, while the dark-blue Bella Vita is 248 feet.