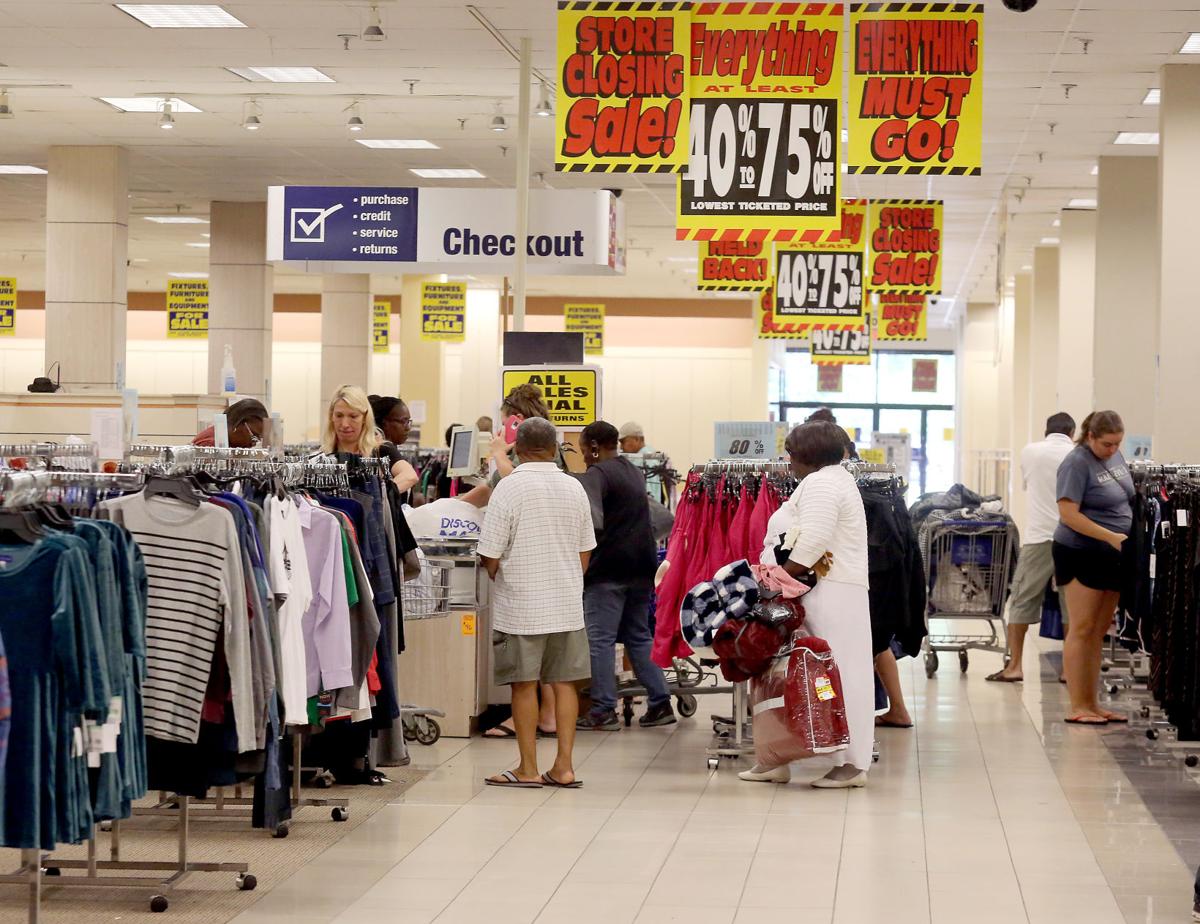 Shoppers headed to Citadel Mall on Aug. 4 looking for bargains at the last big-box Sears store in Charleston region the day before it closed for good the next day. File/Brad Nettles/Staff 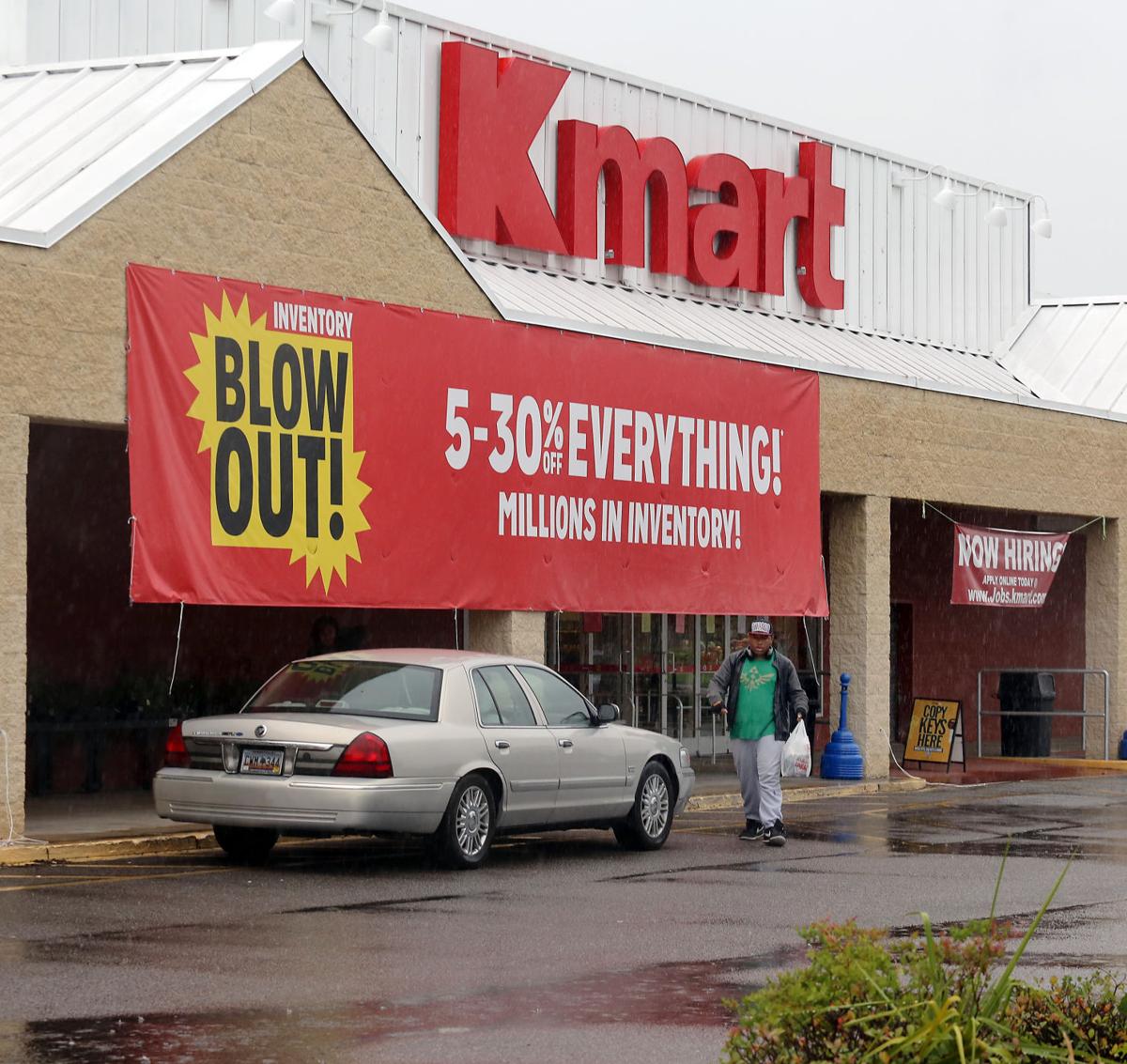 The Kmart on Ladson Road in Summerville closed in 2017. It was chain's last store in the Charleston area. File/Brad Nettles/Staff 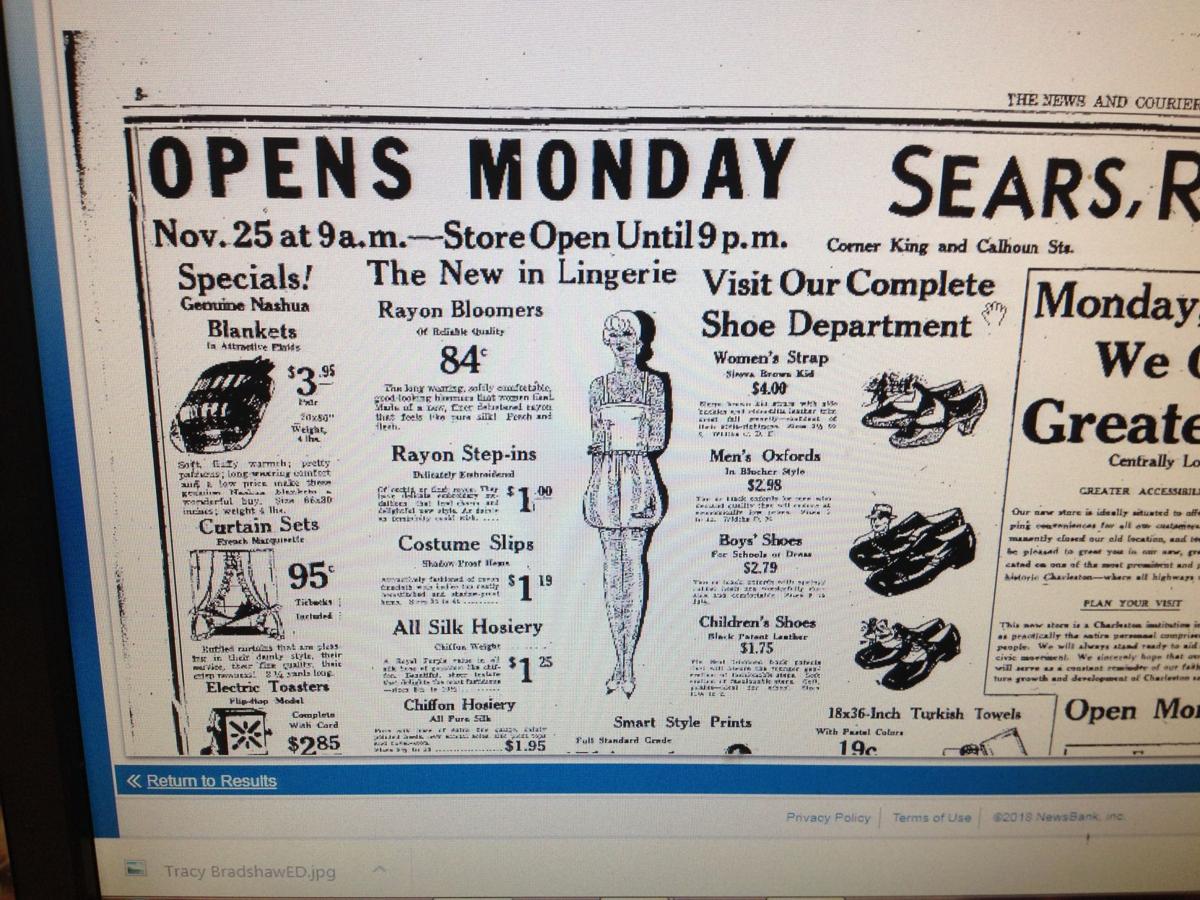 Sears ran a two-page newspaper ad in November 1929 to trumpet the arrival of its first Charleston department store at King and Calhoun streets, now the site of a Walgreens. News and Courier archives/John McDermott/Staff

Shoppers headed to Citadel Mall on Aug. 4 looking for bargains at the last big-box Sears store in Charleston region the day before it closed for good the next day. File/Brad Nettles/Staff

The Kmart on Ladson Road in Summerville closed in 2017. It was chain's last store in the Charleston area. File/Brad Nettles/Staff

When Sears filed for bankruptcy last week, it was the most vivid reminder yet of how far the pioneering retailer has fallen.

It also evoked a sobering parallel — that the iconic company was the equivalent of Amazon.com for much of the 20th century, a manifest-destiny kind of business that harnessed the technology of the day, along with the U.S. mail system, to deliver all variety of goods to the nation's emerging consumer class.

“What Sears did was make big-city merchandise available to people in small towns,” Marc Levinson, author of "The Great A&P and the Struggle for Small Business in America," told the Associated Press.

Back in the day, that would include mostly rural places like South Carolina, where the company's early marketing strategy more than 100 years ago offers a glimpse into its direct-advertising tactics and its eventual transformation into a brick-and-mortar giant.

The Sears journey began in 1886, when railway agent Richard W. Sears started a mail-order watch business. He quickly sold the venture but decided to get back into the game with Alvah Roebuck. They formed Sears Roebuck & Co. in Chicago in 1893 and soon began shipping their sales catalogs to households across the land.

It wasn’t long before the company was beating the bushes in South Carolina. Digitized archives show that the Sears name began showing up in local newspaper advertisements in 1898.

An early promotional spot published in the Charleston News and Courier hawked a popular and practical form of transportation for the time: "Ladies' and Gents' bicycles" priced as low as $5. Payment plans offered “easy conditions."

"If you will clip this notice out and send it to Sears & Roebuck Co. ... they will sent you their 1989 Bicycle Catalogue and full particulars," the retailer assured readers.

Sears also used the direct-marketing approach to solicit potential suppliers from the South, citing its "growing trade" in the region. In a 1905 published notice, the company declared that it was in the market to buy "the entire output, or part of the output, of Southern factories manufacturing furniture, woodenware, agricultural implements, machinery, blacksmith's tools, vehicles, wagons. ... stoves and other heavy goods that are shown in our general catalogue." All inquiries were to be addressed to Richard W. Sears himself at the Chicago headquarters.

And in Amazon-like fashion, the fast-growing company even sought to disrupt another industry. Sears let South Carolinians know that they could buy their own "ready-made" kit homes for as little $160 or as much as $569.

"Shipped complete in sections. Can put them up yourself ... No carpenter required. Our prices save you half," according to the 1914 ad.

Sears unveiled its first brick-and-mortar store in Chicago in 1925, kicking off a nationwide expansion. In South Carolina, it opened a store on North Main Street in downtown Greenville between 1926 and 1930, according to “Greenville: The History of the City and County in the South Carolina Piedmont.”

The timing of the company's Charleston arrival is more certain: Sears made its Holy City debut in April 1928 at 229 Meeting St., where it sold tires, automotive accessories and a limited assortment of sporting goods.

"This store brings to Charleston, through the tremendous buying power of the World's Largest Store, merchandise at the same low price for which Sears Roebuck & Co. is nationally famous," according to a promotion announcing the grand opening event.

Apparently pleased with the response, the company upped the stakes. After a brief 18-month run, Sears replaced the male-focused Meeting Street auto center with a full-blown department store stocked with apparel, shoes and housewares at King and Calhoun streets. One of its goals was to bring more female shoppers though the doors, according to a 1929 news report about the move.

Soon, Sears was off and running across the country and its product-packed catalogs became a household fixture. It developed such iconic brands as Craftsman tools and Kenmore appliances. It deftly followed the masses as they began migrating to the suburbs after World War II. In the Charleston area, it became an anchor tenant at Northwoods Mall in 1973 and, later, at Citadel Mall.

Sears shed those investments, and killed its storied catalog, in the 1990s. By then, the game was rapidly changing for its stodgy core business. The department store chain was facing stiff competition from nimbler rivals such as Walmart, Target and rafts of specialty retail chains.

By 2005, a new ownership group began calling the shots. Billionaire hedge-fund investor Edward Lampert merged Sears with the ailing Kmart chain that year while proceeding to cut costs and neglect the aging stores. An online sales strategy never took off as planned. Several CEOs came and went before Lampert took the top job in 2013 at Sears Holdings Corp., as the bankrupt holding company is now called.

The decline has accelerated over the past decade. Sears has sold off valuable assets and shuttered nearly 1,700 retail stores since 2008, including every Kmart and both full-line Sears department stores in the Charleston area. The chain has lost money for seven consecutive years and sales have fallen sharply. Last year, revenue totaled $17 billion, down from about $53 billion in 2006.

In South Carolina, Sears Holdings shows 22 locations on its website, including some independently owned affiliated stores. That number will drop to 20 by the end of the year, when the Kmarts in Mauldin and Rock Hill go dark as part of the bankruptcy reorganization.

Shoppers in those cities will likely reminisce about the "Blue Light Specials"  of yesteryear, but they probably won't shed too many tears. Most of them already know that Amazon and others are just a smartphone app away — ready, willing and able to fill the need that the old Sears Roebuck & Co. masterfully tapped into for most of the 20th century.