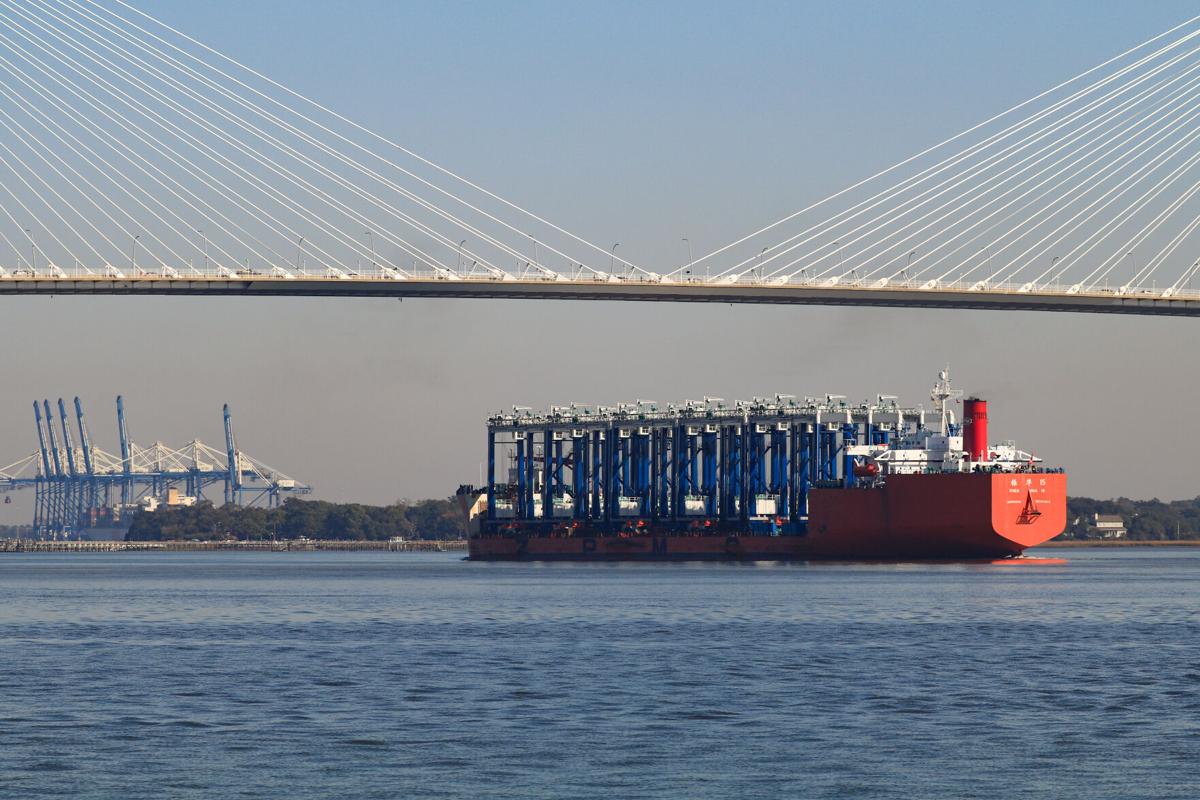 The Port of Charleston took delivery of 15 rubber-tired gantry cranes on Friday. The hybrid-powered cranes, seen here sailing past the Ravenel Bridge, will be part of the first phase of the new Leatherman Terminal in North Charleston. English Purcell/SPA/Provided 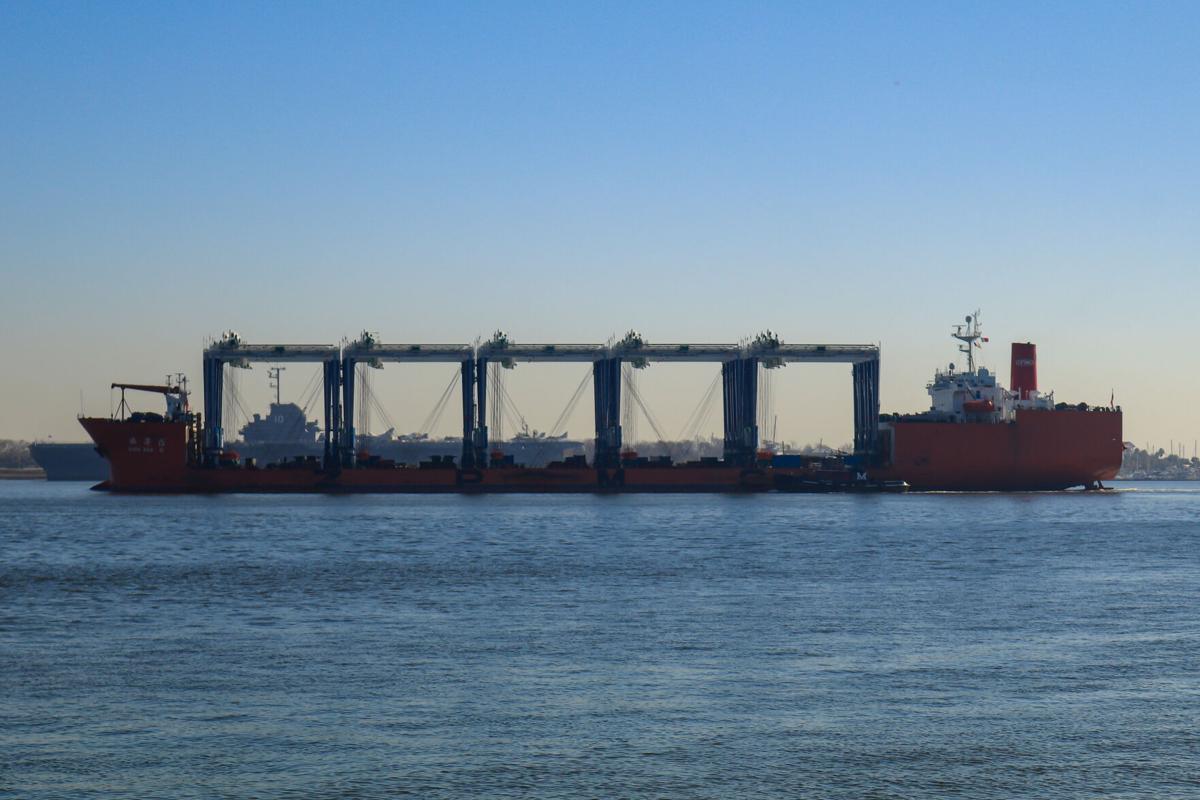 The 15 rubber-tired gantry cranes that arrived at the Port of Charleston on Friday will be among 25 available at the first phase of the Leatherman Terminal, scheduled to open in March. English Purcell/SPA/Provided

The shipment is the largest that Chinese cranemaker ZPMC has ever loaded onto a single vessel bound for the United States. The cranes will be among 25 "RTGs" that will move and stack containers at the first phase of the Leatherman Terminal under construction at the former Navy Base along the Cooper River.

"It is always an exciting day when new cranes come through Charleston Harbor," Jim Newsome, president and CEO of the State Ports Authority, said in a statement.

The cranes are the largest in the SPA's fleet, able to stack containers six high and seven wide.

Their arrival comes on the heels of five ship-to-shore cranes that made their way from China to the Leatherman Terminal's 1,400-foot first berth in November. Those cranes, with 169 feet of lift height, are big enough to service a ship carrying up to 19,000 containers.

The SPA will also receive eight empty container handlers later this month for use at the new terminal.

"With each equipment arrival, we take a step closer to realizing the Leatherman Terminal," Barbara Melvin, the SPA's chief operating officer, said in a statement.

The new RTGs will use hybrid technology that's expected to reduce fuel consumption by about 70 percent compared to conventional cranes. They will operate solely on battery power until they need to be recharged, at which time a diesel generator kicks in.

Newsome said the hybrid cranes are part of an effort to lower greenhouse gases and other air emissions at the Charleston port.

The $1 billion first phase of the new terminal will initially take some of the workload off the Wando Welch Terminal in Mount Pleasant.

Wando Welch moves about 1.1 million containers of all sizes each year and about 330,000 of those will be handled at the Leatherman site when it opens. That will make room for more retail-related containers at the Mount Pleasant terminal. The SPA is targeting consumer goods as a way to boost cargo levels, with a recently announced Walmart distribution center near Ridgeville expected to add 70,000 containers per year on its own.

The North Charleston Terminal will continue to handle ships carrying up to 8,000 containers — the biggest that can sail under the Interstate 526 Don Holt Bridge.

At full buildout, the three-berth Leatherman Terminal — named for state Sen. Hugh Leatherman of Florence — will be able to handle 2.4 million containers a year, giving the port enough capacity through at least 2035.