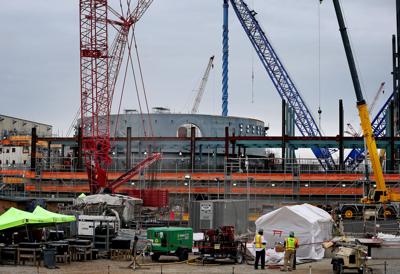 When Westinghouse was hired to build four new reactors in South Carolina and Georgia, it touted its long history of designing state-of-the-art nuclear technology.

It was a designer, yes, but not an experienced builder — a situation that put the entire company and its projects at risk, a confidential internal Westinghouse analysis predicted in 2011.

Obtained by The Post and Courier, the analysis reportedly was sent to Westinghouse’s management and former chairman.

It outlined how the company didn’t have the staff, structure or experience needed to manage the engineering and construction work required to build its new AP1000 reactors.

It predicted the company could lose hundreds of millions of dollars in its quest to develop and build a new generation of nuclear power plants.

And it also questioned the company’s decision not to use professional engineers to stamp and approve critical blueprints, a revelation The Post and Courier reported last week.

But together with other information, the confidential analysis paints a portrait of a company gambling its future on a foray into the construction business – a roll of the dice that eventually pushed the company into bankruptcy and left South Carolinians potentially holding the bag for two $9 billion unfinished reactors.

“A lot of experienced staff saw the writing on the wall,” said a former Westinghouse employee in Pittsburgh, who asked to remain anonymous fearing retribution in the industry. “Say what you want, but the red flags were there and they were raised early.”

By the early 2000s, Westinghouse was well established in the nuclear service industry. The century-old company had developed the first technology for electric turbines. It helped commercialize the first nuclear power plants. Half of the reactors in the world were built using Westinghouse technology.

But even during the heyday of nuclear power in the United States, Westinghouse was primarily a high-level design company. The actual construction and engineering was farmed out to other companies that had long histories of completing complex projects, including San Francisco-based Bechtel and Charlotte-based Sargent & Lundy.

That all changed when Westinghouse executives received federal approval for the company's new AP1000 design and convinced utilities in South Carolina and Georgia to take a chance on the yet-untested reactors.

The company’s executives saw an opportunity to boost earnings by handling all facets of the plant construction — a multi-billion-dollar challenge Westinghouse had never attempted before.

The company would be responsible for handling the design, assembling supplies, producing blueprints and putting all of the pieces together as it embarked on the nation's first nuclear plant expansion in decades. If successful, it promised to usher in a new age of nuclear power.

But did the profits outweigh the risk?

A little less than a year before workers in the United States started pouring concrete and craning steel into place, the internal Westinghouse document warned the company that it was already setting itself up for failure.

“There is a general feeling that the AP1000 projects are at risk,” wrote the Westinghouse engineer who drafted the nine-page document. “Understanding that risk is an essential first step to mitigating it.”

That message was shared within Westinghouse’s corporate office in Cranberry Township, Pennsylvania, and was delivered to Shigenori Shiga, the company’s former chairman, according to a former Westinghouse employee familiar with the document.

Parts were ordered. Crews had been assembled at V.C. Summer station in Fairfield County and Plant Vogtle in neighboring Georgia. The huge modular building blocks for the reactors were being fabricated in Louisiana.

But the drawings needed to build the plant still weren’t finished. The rush to start construction before all of the blueprints were ready guaranteed the project would be plagued by design changes, according to the document.

“The AP1000 design is not complete, although it is currently under construction,” the Westinghouse engineer wrote. “This virtually assures large numbers of changes will occur to both systems and structures.”

The Westinghouse engineer conservatively estimated the design revisions could result in at least $300 million in claims against the company for delays and even more for the hours of work needed to make those changes.

The document suggested Westinghouse should set up a separate company for its new construction business to shield the rest of the corporation from the financial losses and lawsuits that could follow if the endeavor failed.

The Westinghouse engineer also pointed out that the company wasn't trying to operate like more-established engineering and construction firms.

Westinghouse's drawings weren't laid out the way construction workers were used to. The company’s staff was “undeniably talented” but many didn’t have experience with large-scale construction. And it wasn’t using professional engineers to oversee construction-ready blueprints — a decision that could result in legal challenges, the Westinghouse engineer warned.

Last week, The Post and Courier revealed in its report, "Stamped for Failure," that Westinghouse and other contractors used unlicensed workers to design parts of the V.C. Summer reactors, a potentially criminal shortcut that raises fresh questions about why the multibillion-dollar energy project failed.

The company’s leaders were trying to shove a square peg into a round hole, the report said. The culture and organization within Westinghouse was better suited to manufacturing electric turbines and transformers than it was to a construction firm building nuclear power plants.

The storied company was going through “growing pains,” but there was still enough time to “fine tune” the business and save the reactors in South Carolina and Georgia, the Westinghouse engineer said.

Unless you were part of the Westinghouse "country club,” the former Westinghouse employee in Pennsylvania said, your opinion didn’t count.

“It was a classic case of corporate hubris,” they said.