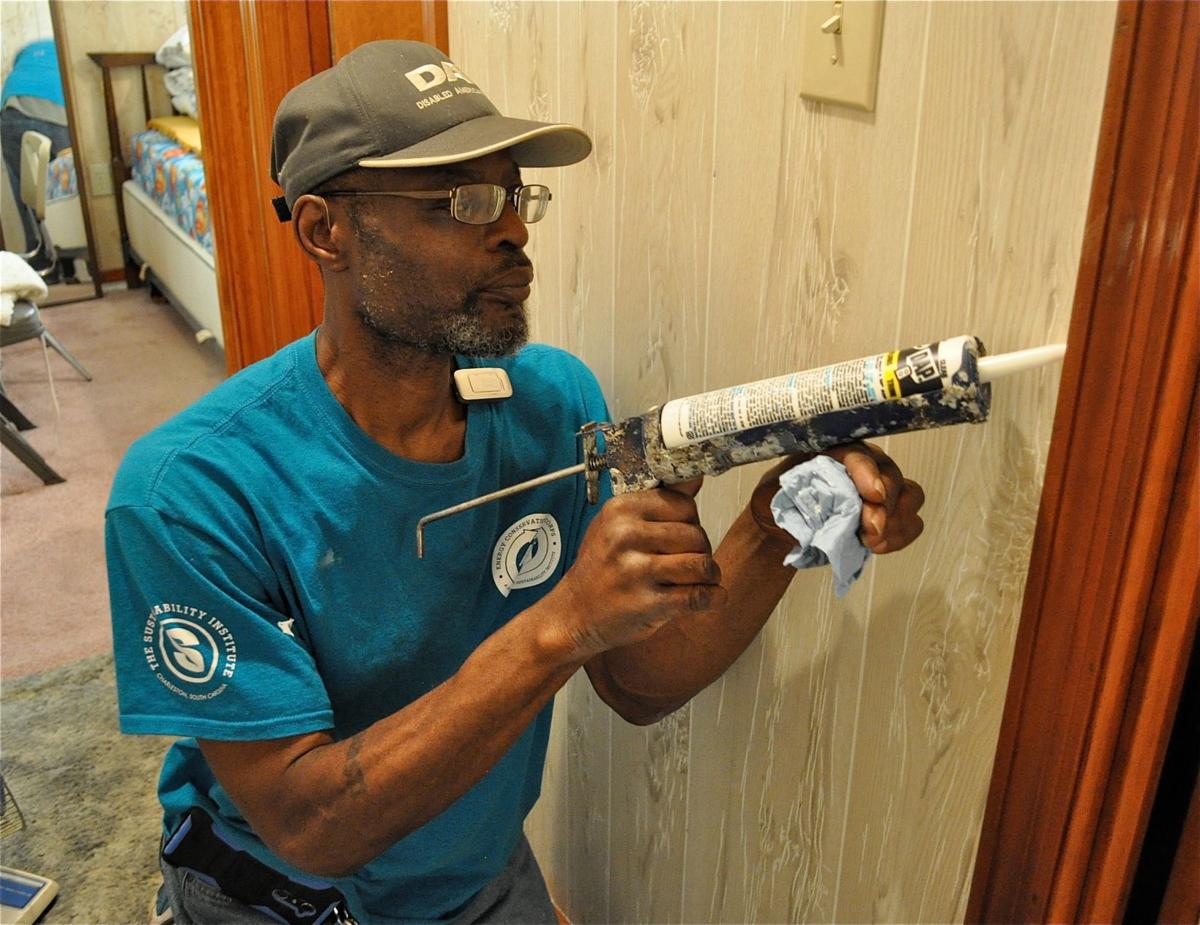 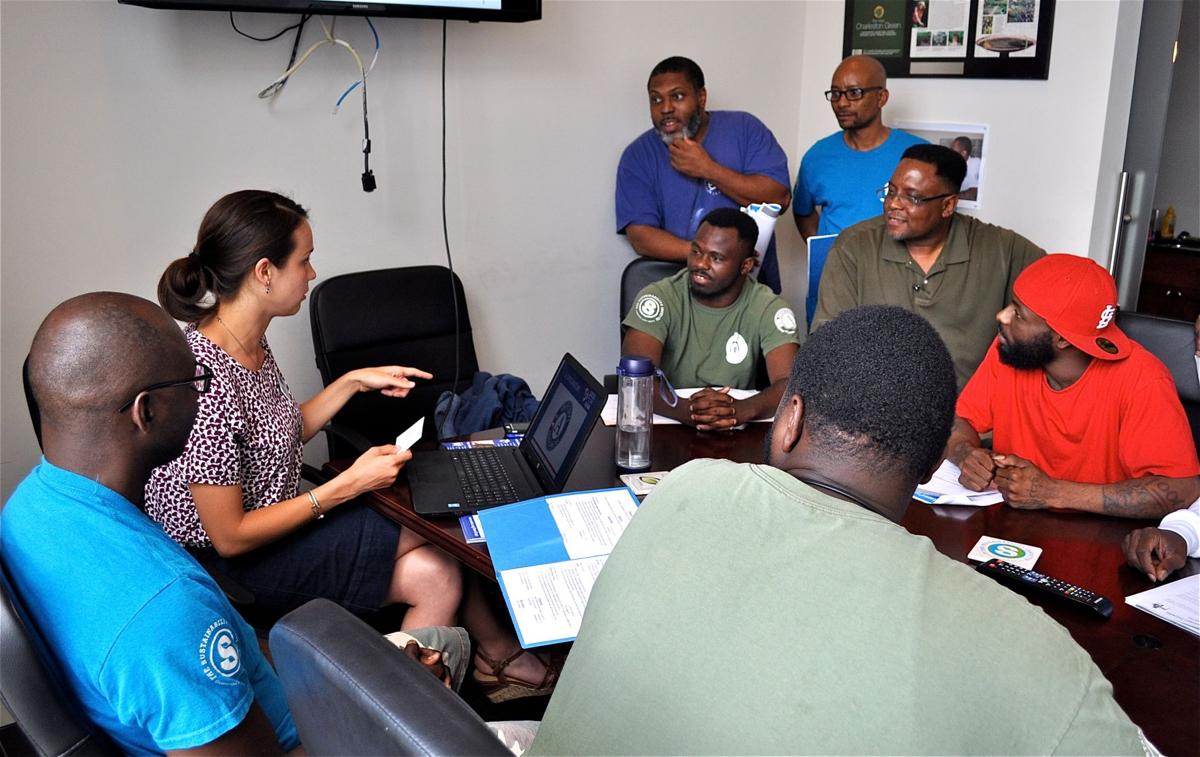 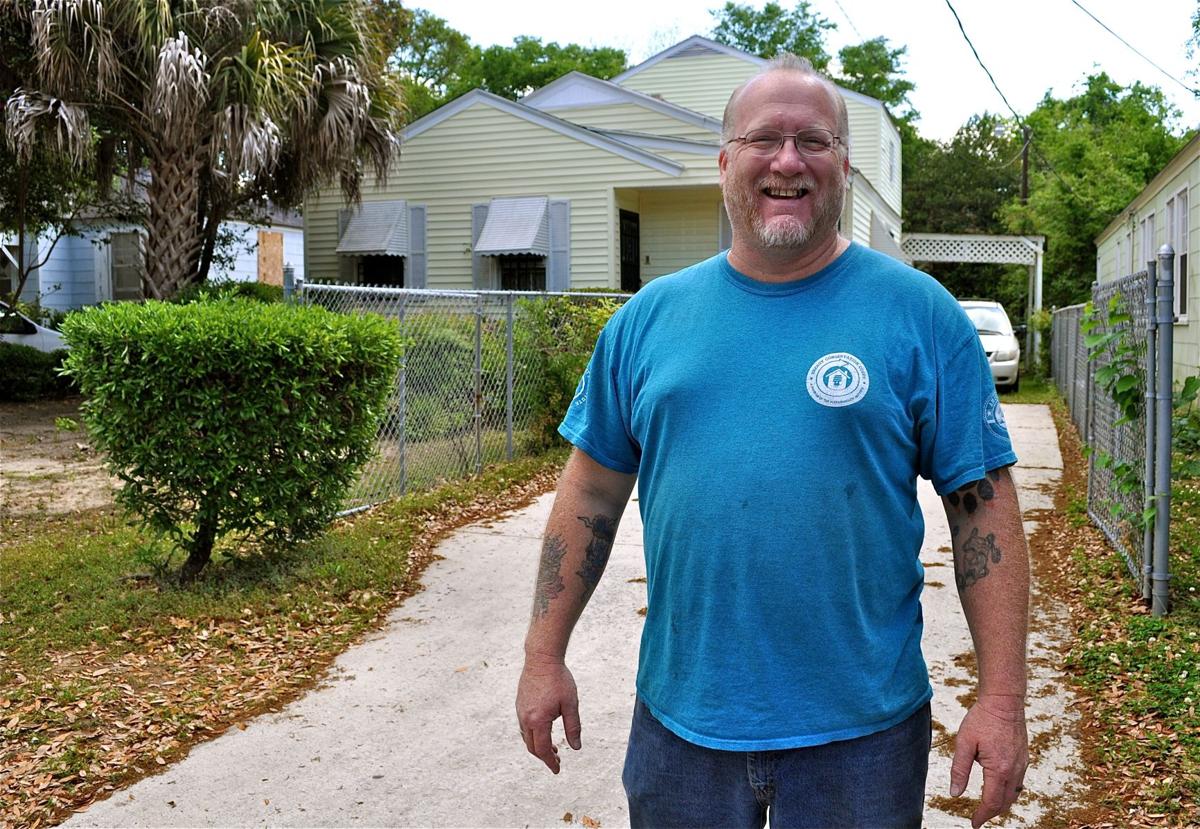 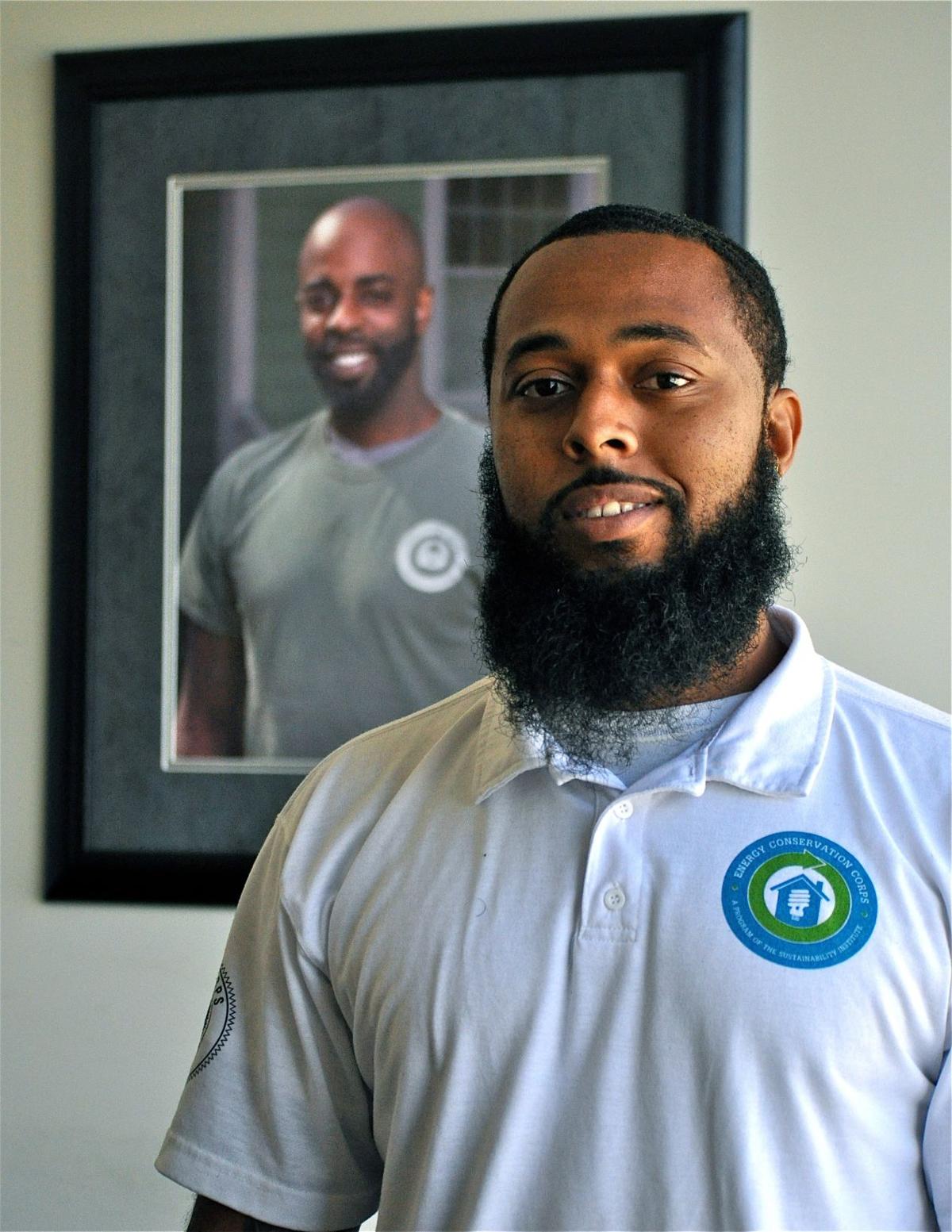 For years, the Sustainability Institute’s Energy Conservation Corps has trained locally based, at-risk youth and veterans, many of whom were homeless, to do low-cost home repairs for elderly and low-income residents who can least afford high energy bills.

In its seventh year, the corps has worked on more than 200 homes in some of the most economically challenged neighborhoods on the Charleston and North Charleston peninsula.

Because the institute tests homes before the repairs and retrofits, it focuses on doing the most cost-effective fixes, typically improving insulation, fixing duct work and sealing leaks.

ECC Program Manager Jay Bell says the average cost to retrofit a house is $2,500, which is $4,000 less than the national average, and that the performance testing and determination of the most effective fixes are key.

In many cases, residents are saving a hundred or so dollars a month on power bills. That savings means some could afford better food, medicine, child care and transportation.

In helping out, corps participants — who get paid a stipend that equates to less than minimum wage — gain skills and confidence to build a bridge to a productive life. Of the 89 “graduates” of the program, 94 percent have found jobs.

The ECC is the first in the AmeriCorps umbrella to focus on energy efficiency and its model is now being replicated in other parts of the country.

Despite its success, the program is at risk of disappearing.

It pulls one-third of its budget from AmeriCorps, which the Trump administration is proposing to cut from the new budget.

Sustainability Institute Executive Director Brian Cordell is preparing for the worst, but hoping for the best, having appealed to South Carolina senators Lindsay Graham and Tim Scott for consideration.

“It (cutting AmeriCorps) could destroy our program,” says Cordell. “We’ve tried to adapt and put in contingencies, but we don’t know yet. … While that threat looms, we can’t spend all of our time worrying about it.”

Institute Development Associate Katherine Westmoreland Richards says they are hoping the community will respond with support, but that it will be challenging to make up for a complete cut.

Cordell suggests that utility companies could be doing more to help out.

“When you look at their portfolio of programs they manage as part of their demand side management work, very little of that goes toward low-income rate players,” says Cordell.

Also, the Sustainability Institute’s testing is more sophisticated — with pre- and post- repair performance tests, from duct blasting to carbon monoxide monitoring — than what the utilities typically offer.

Cordell says other programs, such as the ones that pay energy bills for qualified people, are not sustainable.

“They address the need, but not the problem,” says Cordell, which are homes that leak too much air. “It’s definitely a problem.”

Cordell says the Sustainability Institute has barely scratched the surface of needs in the community. In 2011, it commissioned a study by the University of North Carolina Environmental Finance Center, that found that 51,000 houses needed an energy upgrade in the Charleston area.

“We’re currently at the pace of 70 homes per year, but there are thousands of low-income families in this situation (energy-inefficient homes),” says Cordell.

Likewise, there is an ample number of at-risk youth and veterans in the area.

Veterans Conservation Corps Supervisor Chris Lisinski is an alumnus of the first VCC training two years ago and is the current supervisor.

Lisinski, who signed up with the National Guard in 2003 and did stints in Afghanistan both in the military and with a Defense Department contractor, has helped evolve the program.

“We started out as a strictly post 9/11 program, but when I started as supervisor, I knew there were a lot of things out there, and there still is, for post- 9/11 vets but there’s not so much out there for pre- 9/11 or for at risk,” says Lisinski. “We now mainly shoot for at risk because we feel like that’s the biggest need in this area.”

Lisinski now seeks out potential participants in the Veterans Conservation Corps at the Ralph H. Johnson VA Medical Center and One80 Place, the homeless shelter in Charleston.

“We have people right now that are staying at 180 Place. We have people who were living in their car when they started the program. We work with them so that they are self-sustainable by the time they leave the program,” says Lisinski. Participants receive instruction on basic life skills, such as banking, interviewing, dressing for a job and creating a resume.

By the end of the program, most will be living in apartment or sharing a dwelling with another veteran.

Not all will use the energy efficiency skills they learn from ECC.

“We’d like more to stay in the field, but that’s OK. I think of us as a rung in the ladder. We help them get up to the next level. We have a lot of contacts, people we know, who can help them find a job if we can’t.”

Meanwhile, the other focus group of the Energy Conservation Corps is at-risk youth.

Timothy Gunn can vouch for the help it provided him.

Gunn, the National AmeriCorps Volunteer of the Year for 2016, was destined for a life of trouble when he was jailed at age 20 for drug and gun charges.

“I had a troubled past,” says Gunn, now 26. “I was running the street, living the street life, hustling trying to make a fast dollar. I really didn’t want to get a 9-to-5 because it wasn’t enough money. My family wasn’t doing the right thing. It was almost like I was taught to live a certain way, that street life was glorified,” says Gunn, who spent 32 months in jail.

At the end of his sentence, he met Ladine “J.R.” Daniels, who had graduated from the Energy Conservation Corps, and told him about the program.

“I was going through a transformation and began to realize what and who was important in my life. I began to realize that life was more valuable than trying to make a quick buck. I started to do things differently and talk differently. I stopped cursing.”

Two years ago, Gunn and others at the institution were shocked and saddened when Daniels died after suffering an epileptic seizure, but his legacy lives on in Gunn.

“I followed in his footsteps. I took on that leadership role,” says Gunn. “He taught me that if you believed in yourself, you can do anything. My troubled past didn’t have to dictate my future.”