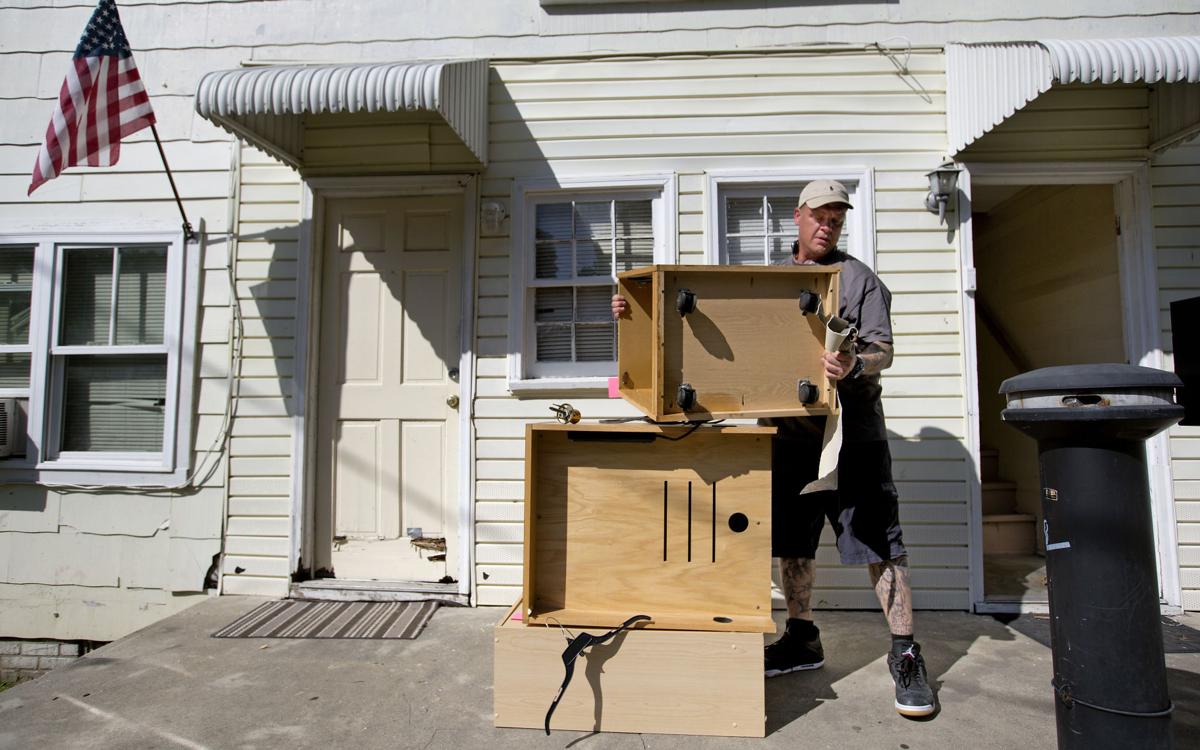 Brad Everett helps renovate a house that will be used for a home for participants of Fresh Start Visions, a program to help formerly incarcerated men transition to life outside of prison on Thursday, July 11, 2019. Everett, who is part of the program, served six years in a prison in Florida. Grace Beahm Alford/Staff 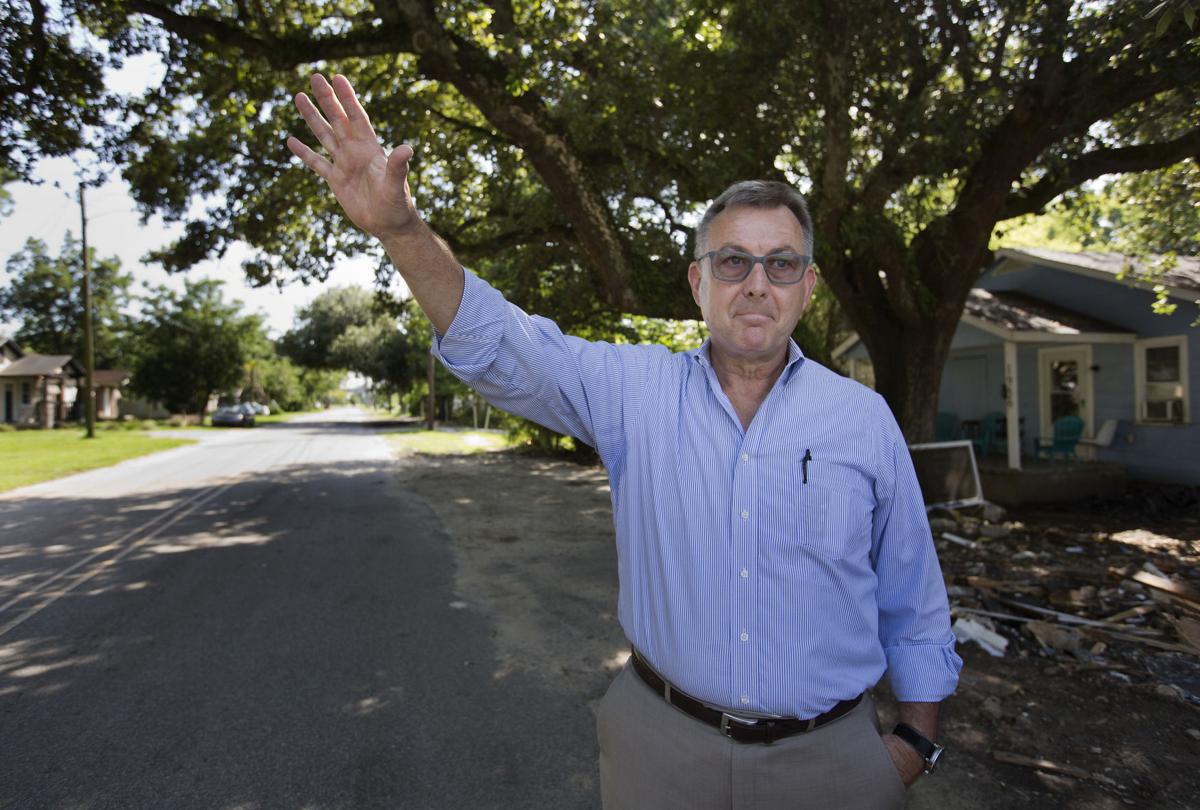 Michael Gartside, director of operations at Fresh Start Visions, waves goodbye for the afternoon in the North Charleston neighborhood where participants in his program live on Thursday July 11, 2019. Grace Beahm Alford/Staff 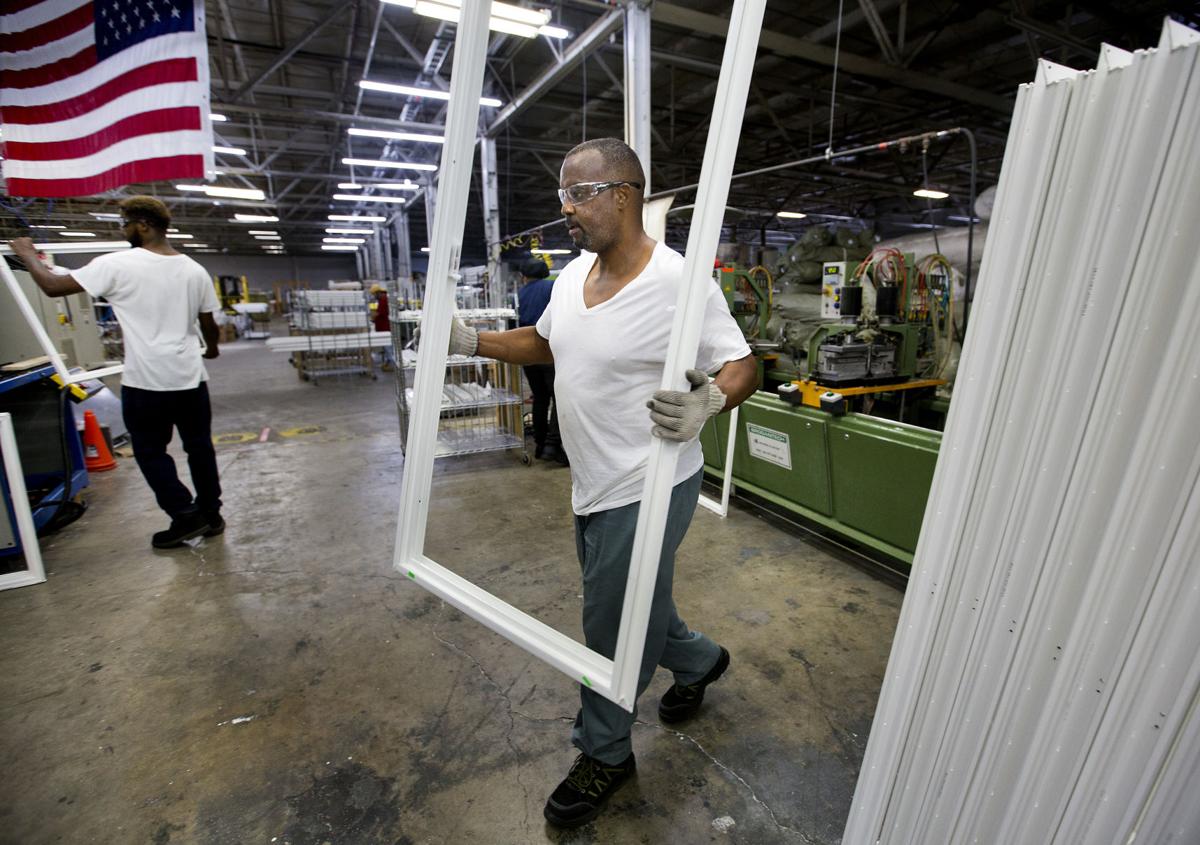 Lee Dabney, who was released from prison on July 2 after serving time for shoplifting, works at Muhler Windows in North Charleston. Grace Beahm Alford/Staff

After serving six years in a Florida state prison, Brad Everett moved to Charleston in mid-June looking for a fresh start.

Already, "amazing things are happening," Everett said. Topping that list is his new job as a prep cook at a downtown restaurant, a gig that he secured and started about a week after his move.

That's usually all the time it takes to place someone in a job, said Michael Gartside, director of operations at Fresh Start Visions, a program with housing in North Charleston that helps formerly incarcerated men transition to life outside of prison.

"I didn't expect to ever have a job like I have," said Everett, who wasn't aware of the city's thriving dining scene — or the hospitality industry's growing need for workers — before coming to Charleston.

Workers with criminal records have historically experienced some of the highest rates of unemployment, but labor shortages in states like South Carolina are opening up more opportunities for second chances.

With statewide jobless rates low and the Charleston area's rate even lower, employers are particularly motivated to seek out new talent sources.

"Employers are coming to us and saying, 'Help us with our turnover'," said Timothy Terry, the founder of Fresh Start.

Businesses seeking construction workers, truck drivers, welders and maintenance workers — all roles which have traditionally been more open to people with criminal records than many other jobs — have a "huge willingness" now to hire job seekers with past offenses, said Keidrian Kunkel, a regional manager with SC Works.

But even some companies and industries that haven't been as open to hiring people accused of crimes have shown more interest recently, she said.

That also means job-ready candidates are being snapped up by companies, leaving only the workers with the most barriers to employment seeking help from groups like SC Works, Kunkel said.

"We're serving the hardest to serve right now," she said.

The local hospitality industry has a "wealth of entry-level jobs" that can serve as a jumping-off point for people re-entering the workforce, said Jill Maynard, the executive director of the Lowcountry Hospitality Association.

Though situations vary based on the individual, those workers often start in hospitality by washing dishes or doing housekeeping and general maintenance, Maynard said.

From there, however, it's possible to advance.

Matthew Neissner, the corporate director of culinary operations at Hall Management Group, has seen that happen with his own hires. About 10 years ago, he hired a man who had just been released from prison to do maintenance tasks like taking out the trash. Now, the same employee runs the broiler at an upscale restaurant, a "very difficult job," he said.

"He's really made a life for himself," Neissner said.

Though the Charleston area's hospitality industry is in the midst of what Neissner described as a "staffing crisis," he said he doesn't hire people who have served time in prison "out of desperation."

"They could be a stellar employee. You could get someone who is a four-year college graduate and they could be a terrible employee," Neissner said.

Though Neissner noted that hiring someone with a criminal past, "like any other hire," didn't always work out, he learned that an employer has to consciously set that worker up for success. It's important, Neissner said, to learn a person's triggers and be upfront with questions about a potential hire's past.

"We have to understand who they are and create a path," he said. "Awareness and acceptance is key."

Recently, South Carolina lawmakers made it easier for people convicted of a crime to clear their record, a move that was largely motivated by calls to expand the state's workforce.

The list of convictions eligible for expungement — the removal of a charge or conviction from public record — was expanded. Organizations like the S.C. Trucking Association, which represents an industry that's experiencing major hiring challenges, supported the law.

The Greenville Chamber of Commerce also praised the expungement expansion as a critical step in expanding the state's workforce and "continuing our economic prosperity."

Many workers, particularly young people with just one offense, aren't aware of the opportunity for expungement but can significantly improve their job prospects by taking advantage of it, Kunkel said.

Nationally, other actions have recently been taken to remove barriers that keep formerly incarcerated people from finding employment.

The Obama administration introduced the Fair Chance Business Pledge to remove the section of a job application that asks if the applicant has a criminal record. Since then, 35 states have adopted some version of that ban. South Carolina has not.

The First Step Act, a bipartisan bill signed by President Donald Trump in December, included improvements to educational programs designed to prepare inmates to re-enter the workforce after release.

Neissner said he thinks there isn't enough exposure in the hospitality industry to programs that help people with criminal records find employment. Small, independently-owned businesses, in particular, may not have the resources to feel confident in hiring someone with past offenses, he noted.

Organizations like SC Works try to prepare those individuals for the job search with workshops and mock interviews that help prepare them for interactions with unsure employers, Kunkel said.

"We help show them how to look at the skills they learned in prison or before prison and highlight those in the interview," Kunkel said.

"People start to see that these are real people with ambitions," he said.

Even if some employers are more likely today to hire someone with a criminal past out of necessity, those decisions, Gartside said, can start eroding stigmas in a way that changes the workplace, even after job markets turn.