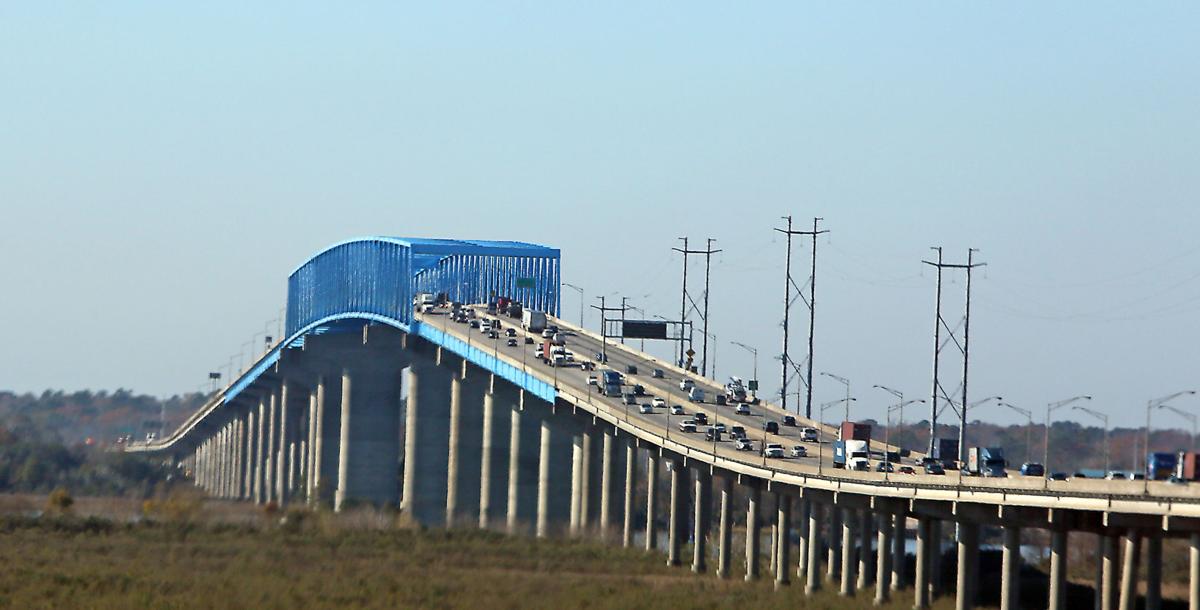 The Don Holt Bridge along Interstate 526 has a 160-foot clearance, limiting the size of container ships that can call on the Port of Charleston's terminal in North Charleston. File/Staff 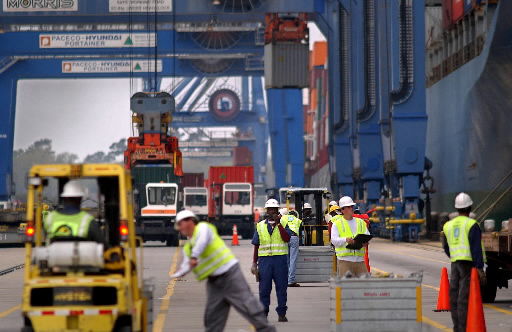 As commercial ships continue to get bigger, the Port of Charleston's North Charleston Terminal could wind up being the odd dock out.

The State Ports Authority is starting to consider alternatives to containerized cargo at the 200-acre property at the end of Remount Road, although changes likely won't occur until after the first phase of the new Leatherman Terminal in North Charleston opens in early 2021.

The decision is driven by the growing number of maritime vessels that can't squeeze under the Don Holt Bridge along Interstate 526, which has a 160-foot clearance over the Cooper River. The span was opened in 1992, at least two decades before the advent of the modern day mega-ship.

"We really have to put our heads together on the future of the North Charleston Terminal," said Jim Newsome, the ports authority's president and CEO. "It's a great terminal and those folks up there do a wonderful job. But we're constrained by the size of ship that can go there today."

An updated study from the University of South Carolina outlining the Port of Charleston's economic impact also will be discussed.

The event runs through Wednesday.

The SPA's other container terminals — Wando Welch in Mount Pleasant and the future Leatherman site being built in North Charleston — don't have the same "air draft" limitations. They're well south of the Don Holt and can easily pass under the 200-foot clearance of the Ravenel Bridge.

North Charleston focuses on handling ships that carry between 7,000 and 8,000 containers measured in 20-foot increments, but the determining factor is a vessel's measurement and draft. Not all ships in the 8,000-container class can get under the span.

"In the short term, (the SPA) is doing everything possible to maximize the use of this facility, including directing ship systems which are not air-draft restricted to this facility," Newsome said. "Regretfully, due to the trend toward larger ships, this is becoming harder and harder to do."

The terminal now accounts for roughly 22 percent of the port's traffic.

In the fiscal year that ended June 30, North Charleston handled 539,304 containers compared with the 1.85 million that passed through Wando Welch.

The number of containers passing through North Charleston declined 3.8 percent from the previous year and was down nearly 17 percent from fiscal 2016 — the 12-month period before the newly expanded Panama Canal opened.

By contrast, volume at Wando Welch — which can handle vessels carrying up to 18,000 containers — is up 43 percent during the 2016-2019 period, reflecting the growth of bigger ships traveling through the Pacific-Atlantic shortcut since its expansion.

The Panama Canal Authority confirmed the trend in a recent report, saying the average capacity of container ships now passing through the man-made Central America waterway stands at about 10,000 cargo boxes.

"The average vessel size has been increasing dramatically since the opening of the new locks, and I think this will continue," Argelis Moreno de Ducreux, the canal's senior international trade specialist, told the Freightwaves news and data service.

The "big ship" trend means North Charleston will continue to see a drop-off in its container business, Newsome said.

"Every ship that goes up there loves to go there," he said. "It's just that you have a 160-foot bridge height, and that limits you. We have to do some brainstorming about how we maximize that facility."

Among the possibilities, he said, is to reposition the property to one that handles vehicles bound for overseas markets. The SPA's Columbus Street Terminal in Charleston, which once handled containerized cargo, is the port's primary automotive export site now.

"What we won't do is get into all kinds of miscellaneous breakbulk cargo," Newsome said, referring to essentially anything that won't fit into a container.

There is no specific timetable for the change, but the opening of the Leatherman Terminal will provide more container vessel capacity for the SPA, possibly allowing a cargo shift to occur.

The authority also is looking for ways to maximize space for containers at Wando Welch.

"Once these crucial projects are accomplished, we will need to take a strategic look at what makes sense for the future of the North Charleston Terminal," Newsome said. "We need to make the best use possible of the scarce waterfront infrastructure that is available to us."