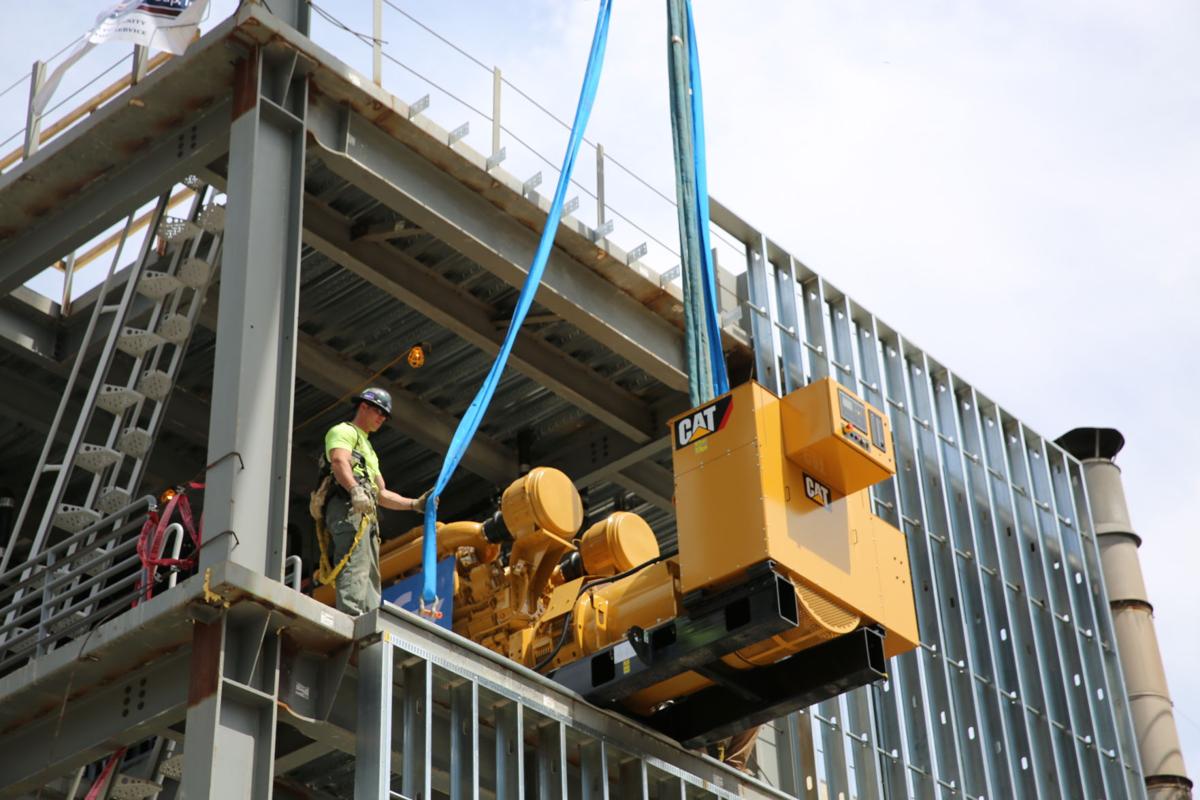 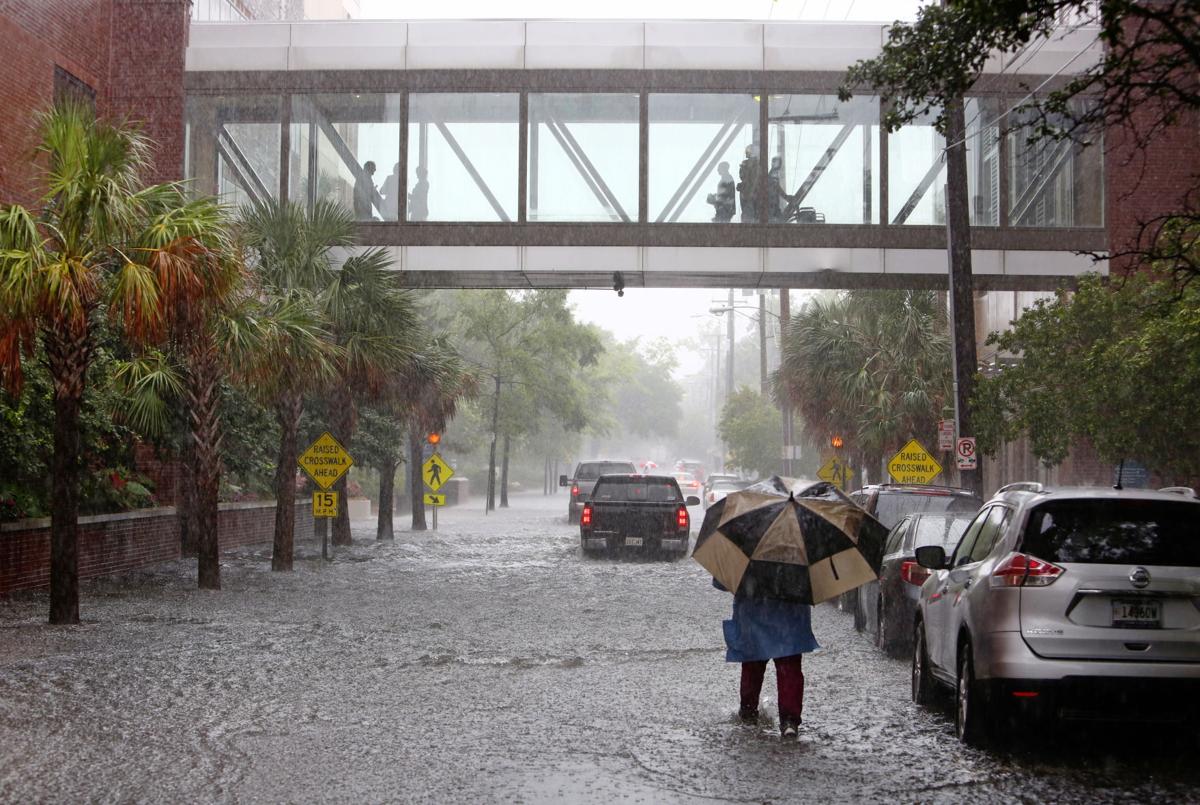 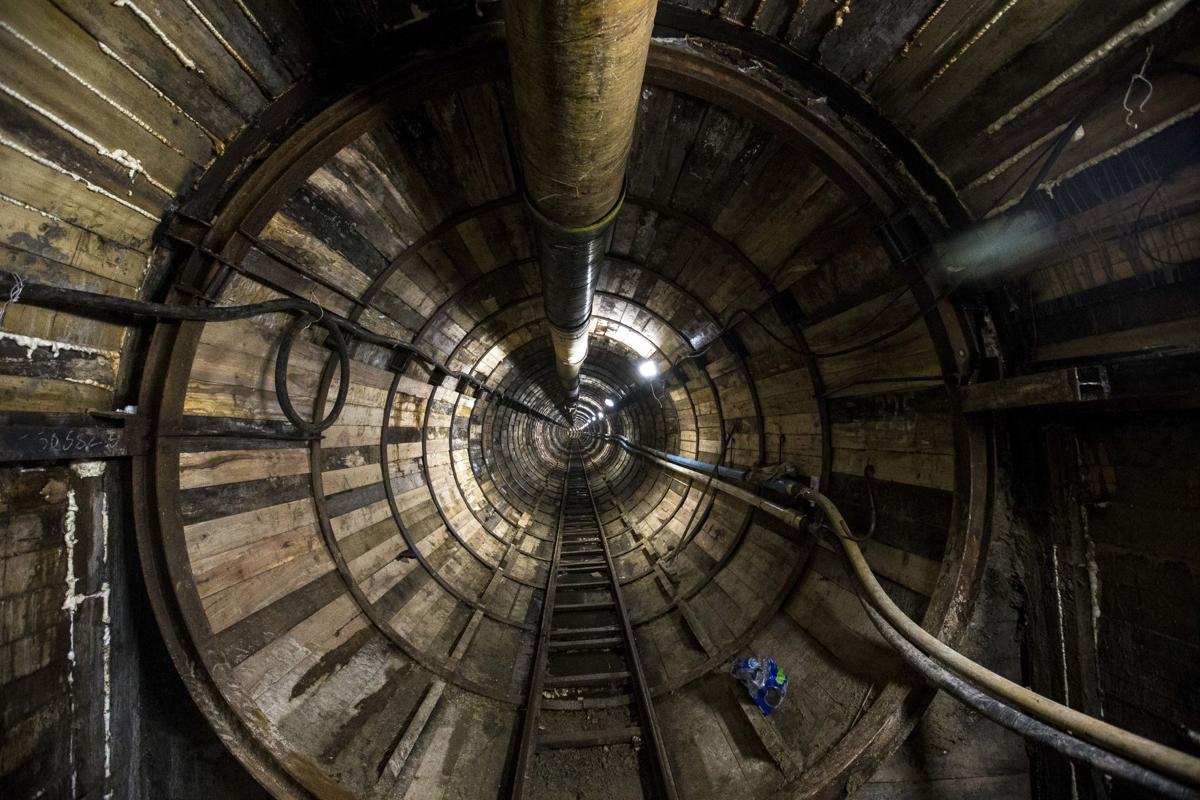 A view from inside the Spring/Fishburne drainage tunnels on Friday, Feb. 8, 2019, in Charleston. File/Andrew J. Whitaker/Staff 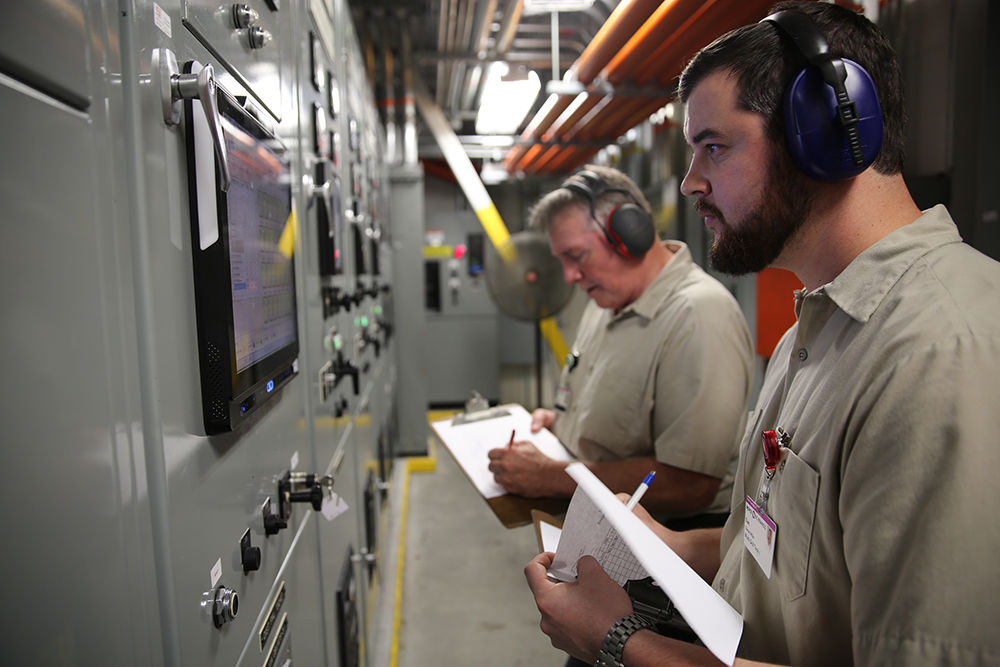 Flooding in Charleston's medical district is so severe, hospitals there might need a physical barrier to keep the water out.

At least, that is the opinion of the Medical University of South Carolina's president, Dr. David Cole.

Cole said as much in a letter to Gov. Henry McMaster on Feb. 5, when he requested aid in the form of state-distributed grants from the U.S. Department of Housing and Urban Development.

"There is increasing concern that our level of service to our patients may, in the very near future, be compromised unless immediate action is taken," Cole wrote.

The letter was released to the newspaper as part of a public records request. The MUSC president's concerns come as the hospital system plans to open an almost $400 million children's hospital smack in the center of the district. MUSC and its neighbors in medical mile, Roper Hospital and the Ralph H. Johnson VA Medical Center, are each years into their own plans to prepare their buildings for catastrophic flooding.

In his letter, Cole asked the governor for $10 million to connect a tube to a drainage network currently under construction, called the Spring-Fishburne Project. With the project expected to be completed as early as 2023, connecting a "drop shaft" within the medical district would bring flooding relief to the neighborhood at least 20 years faster than plans call for today, said Mark Wilbert, chief resilience officer for the city of Charleston.

The multi-million dollar request comes as the city has struggled to fund the work already on its plate, including Spring-Fishburne, which has overrun its original budget by $43 million. The city's next major drainage effort, in the Calhoun West basin, would also help keep the medical district dry. But that work has no set timeline.

Meantime, downtown hospitals have been preparing in other ways.

Roper St. Francis and Veterans Affairs have focused on raising their utilities above the ground floor of their buildings. Federal funding is in place for Roper St. Francis to move a backup generator, a fire pump and a cooling station, said Anne Sass, director of Roper's Office of Grants.

"This is an opportunity for us to take advantage of the disaster declarations for the coast," she said. "This ensures that we can give that good care that everyone expects."

Moving hospitals' utilities allows them to stay open during storms even if the power goes out. The VA Medical Center, which overlooks the Ashley River, also had to move its emergency generators up a floor, said Dane Friedman, the center's chief engineer. Heating units were moved in 2014. A cooling mechanism was lifted in 2017.

The five-story building also got new windows that can withstand a Category 4 hurricane. The next step for VA is moving its primary care offices, food services and pharmacy off the first floor. Soon, only administrative offices will sit on the ground level.

It would be "very bad" if the first floor flooded today, said Robert Sorenson, the medical center's assistant chief engineer. That's mostly because it would be difficult to restore the hospital's operations.

"We’re trying to make sure we’re prepared to come back to work," Sorenson said.

Hurricane Irma in 2017 required MUSC to float some surgeons across campus in johnboats. One stopgap came last year in the form of a two-ton military vehicle, painted baby blue. MUSC plans to use the truck to transport key staff members during severe storms.

Right now, the VA hospital has no way to bring the people it needs into the building, Sorenson said.

Dennis Frazier, a longtime MUSC facilities administrator now part of a collaboration to address flooding in the medical district, said an elevated walkway connecting hospitals is a possibility. The biggest problem the hospitals face is transportation, he said. Employees and patients need to be able to get to and from the facilities, and move between them once they're on campus.

It doesn't take a hurricane, either, Frazier said. High tides and storm surge are threats much more often.

Worries about what a disaster could mean for Charleston's hospitals are mounting. Storm surge is of particular concern for the medical mile, Wilbert, the city's resilience expert, said during an MUSC flooding forum Wednesday. A three-year, $3 million study of flooding protections for the city by the U.S. Army Corps of Engineers will be the first time experts examine storm surge in the area, Wilbert said.

"We have not put any money into protecting any of this critical infrastructure around here against storm surge," he said. "We have to do something about protecting this part of the city."

Competition for the federal money the MUSC president asked for will be fierce. The governor's office has not yet made a decision about the Housing and Urban Development grants, Wilbert said. Two projects from Charleston are up for consideration.

There are other ideas in play too, including a "spill way" that would redirect water away from hospital buildings, and a barrier for the edge of the peninsula that could knock down waves before they come ashore, Frazier said.

Torrential rain in October 2015 forced MUSC to shut down four operating rooms, according to an application to build a Berkeley County hospital submitted to the S.C. Department of Health and Environmental Control. Almost 200 surgeries were canceled. Hurricane Irma caused similar problems in 2017.

The campus is in "a major flood zone and when it rains at high tide, this portion of the peninsula shuts down, delaying patient care and inhibiting access points," MUSC Health CEO Dr. Pat Cawley wrote.

As the hospitals between Rutledge Avenue and Lockwood Drive shore up, their administrators have also shifted their focus away from the peninsula.

But resources will continue to flow toward development of the medical mile. MUSC leaders told The Post and Courier they intend to replace the main hospital on Ashley Avenue with a new building west of Courtenay Drive.

We tested the waters and found fecal levels dozens of times above safe limits.

VA moving its primary care off the Charleston peninsula, away from flood zones

The federal agency will relocate some services to a new Rivers Avenue clinic on higher ground, and with more parking, by 2021.

Nearly $20 billion would have to be spent in South Carolina to build sea walls to stave off sea rise over the next 20 years, a new study says.

MUSC may build its own power plant, hoping to save money and prepare for hurricanes

Project leaders clued in MUSC's board of trustees to the possible project, still in the concept phase, during a meeting Thursday morning.