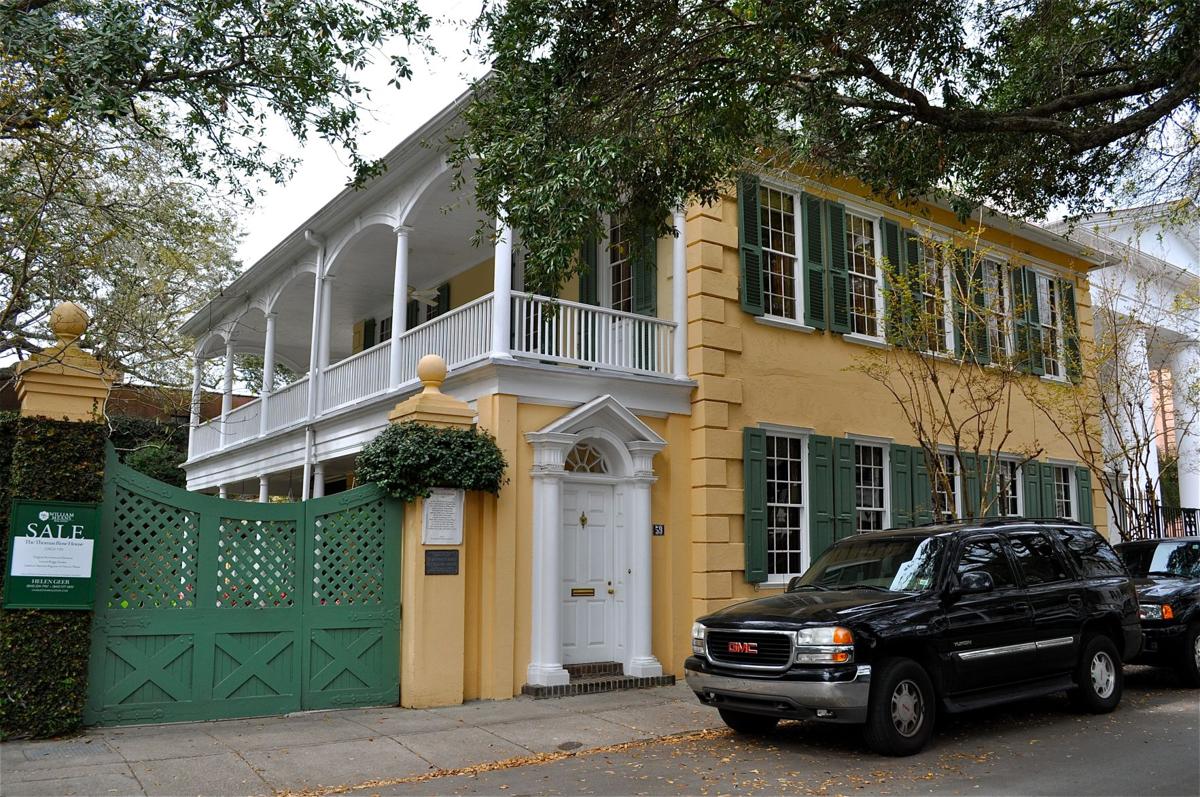 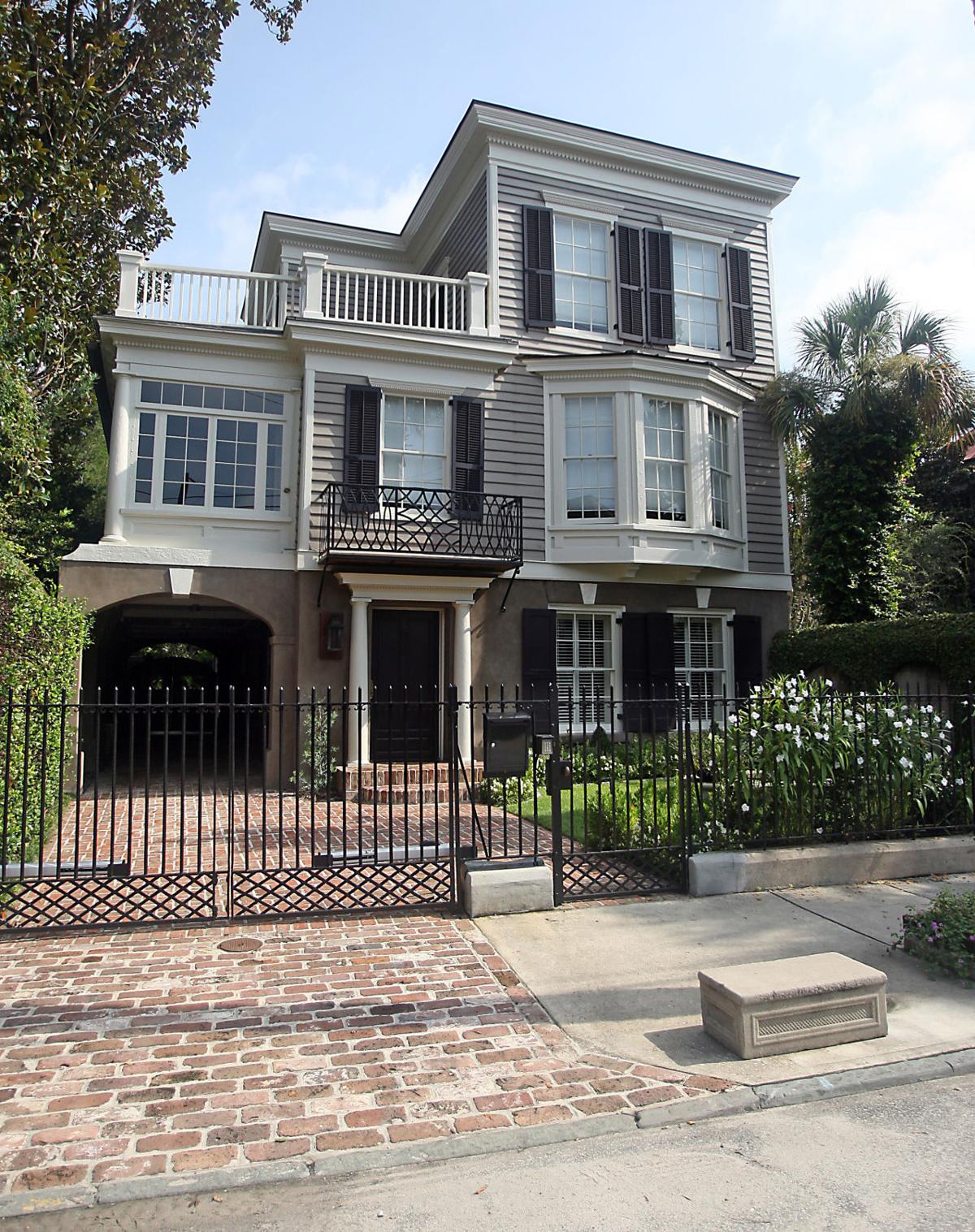 This house at 62 S. Battery sold earlier this month for $4.67 million. Leroy Burnell/Staff

Four south of Broad Street properties changed hands within the past month, normally a slower time for upscale transactions. While none of the sales approached the record of $7.72 million set in 2015 for the home at 32 South Battery, they point to continuing demand for upscale habitats in the bull-market economy.

The average price for all four homes was $3.45 million.

Among the more historic properties is The Thomas Rose House at 59 Church St. It sold for $3.35 million to Lewis S. Kunkel, according to Charleston County property records.

Built in 1735 and considered one of Charleston's most well-preserved colonial dwellings, the 4,000-square-foot residence has retained many of its original architectural elements, including extensive interior wood paneling and decorative mantle pieces.

In 1942, the Whitman family sold the house to Connecticut architect Henry P. Staats, one of the original founders of the Historic Charleston Foundation. It was founded in 1947.

In 1960, the Church Street Historic Foundation was formed, and the home served as the headquarters with the mission to preserve the surrounding area of Church Street.

Sitting on what was a double lot, the house features an expansive Loutrel Briggs-designed garden and original outbuildings. The lot was granted to Elizabeth Willis on March 15, 1680, one of the few grants given to a woman and one of the original lots granted to the first Charles Towne colonists.

The first narrow lots defined the urban design of the town’s original grid that still is part of the city’s design today.

The home is listed on the National Register of Historic Places and was one of the first properties to make up Charleston’s Historic District. It is protected by the Historic Charleston Foundation as part of its easements and covenants program. The house has often been open to both private and group tours for historic preservation and educational programs.

“The Thomas Rose House is an exquisite example of one of Charleston's best-preserved colonial dwellings,” said Helen Geer, president and broker in charge of William Means Real Estate, which handled the sale for the seller. “This handsome property is appealing to architectural and history buffs, who also appreciate our city’s efforts to protect these historically valuable homes.”

Domicile Real Estate Brokerage represented the buyer of 59 Church St. and said the right property comes along every so often in the high-end market.

"Buyers are aware that the most significant properties in Charleston are rarely available," said Jennifer Davis, founder of Domicile Real Estate Brokerage. "One can wait a decade for a similar property to come to the market. Knowledgeable buyers with means are in pursuit of these opportunities.”

And while The Thomas Rose House house is the most historic property to change hands recently in downtown Charleston, a property farther south fetched a higher price.

The three-story home at 62 South Battery sold for $4.67 million, according to Geer, whose firm handled the sale for the buyer.

Marjorie N. Klein purchased the 5,800-square-foot house from the trustees of the Eltrich/Meszner-Eltrich Living Trust. The house dates back to 1830.

The firm also handled the recent $1.89 million sale of the 2,600-square-foot, two-story Charleston single house at 5 Limehouse St. It was built in 1885. Records show Matthew and Tracy Flanigan of Carthage, Missouri, bought the home from Kimberly Webb Rayburn.

Also changing hands during the past month was the 6,385-square-foot house at 12 Meeting St. Barton and Marian Proctor sold the house, built in 1830, to Guy Hepner for $3.87 million, according to county records. The sale was handled by Belser Thompson Real Estate of Charleston.

Currently, 39 houses priced above $1 million are up for sale south of Broad Street, according to the Charleston Trident Multiple Listing Service.

Geer, who has been in the real estate business for 45 years, believes the higher pace of sales will continue in the upscale market, picking up in the fall after vacation season ends and the new school year begins.

She said downtown Charleston is attractive to home buyers for a number of reasons.

"I think Charleston is a unique city," Geer said. "It's large enough, small enough and accessible enough to allow people to enjoy a cosmopolitan and small-town lifestyle." She also pointed to medical facilities, restaurant offerings and a welcoming atmosphere as pluses.

"It's good for single people and older people who are retired," she said. "It makes for an interesting community. The people who are buying are from all over, but some locals are changing housing also."

Geer believes prices will continue to rise, and a house priced properly will "definitely sell."