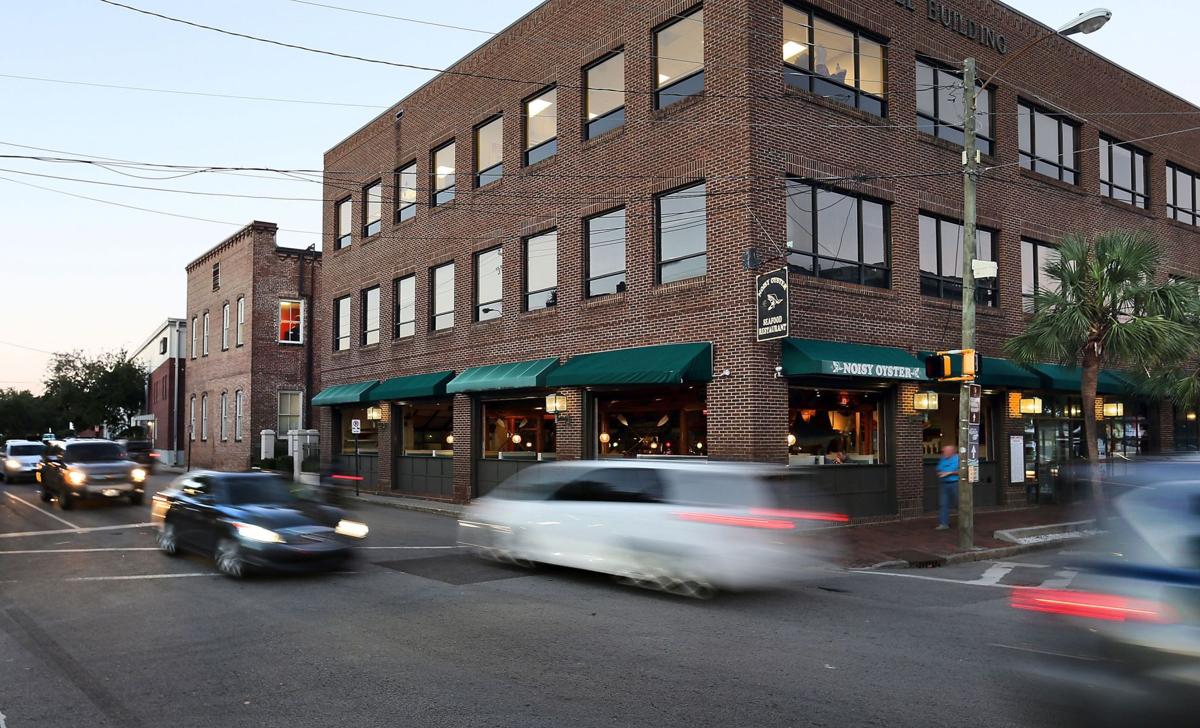 Owners of the Carroll Building at North Market and East Bay streets downtown are looking to open a 50-room hotel. This week, the Historic Charleston Foundation filed a lawsuit arguing that a conservation easement gives the nonprofit the ability to reject certain uses for the building. File/Staff. 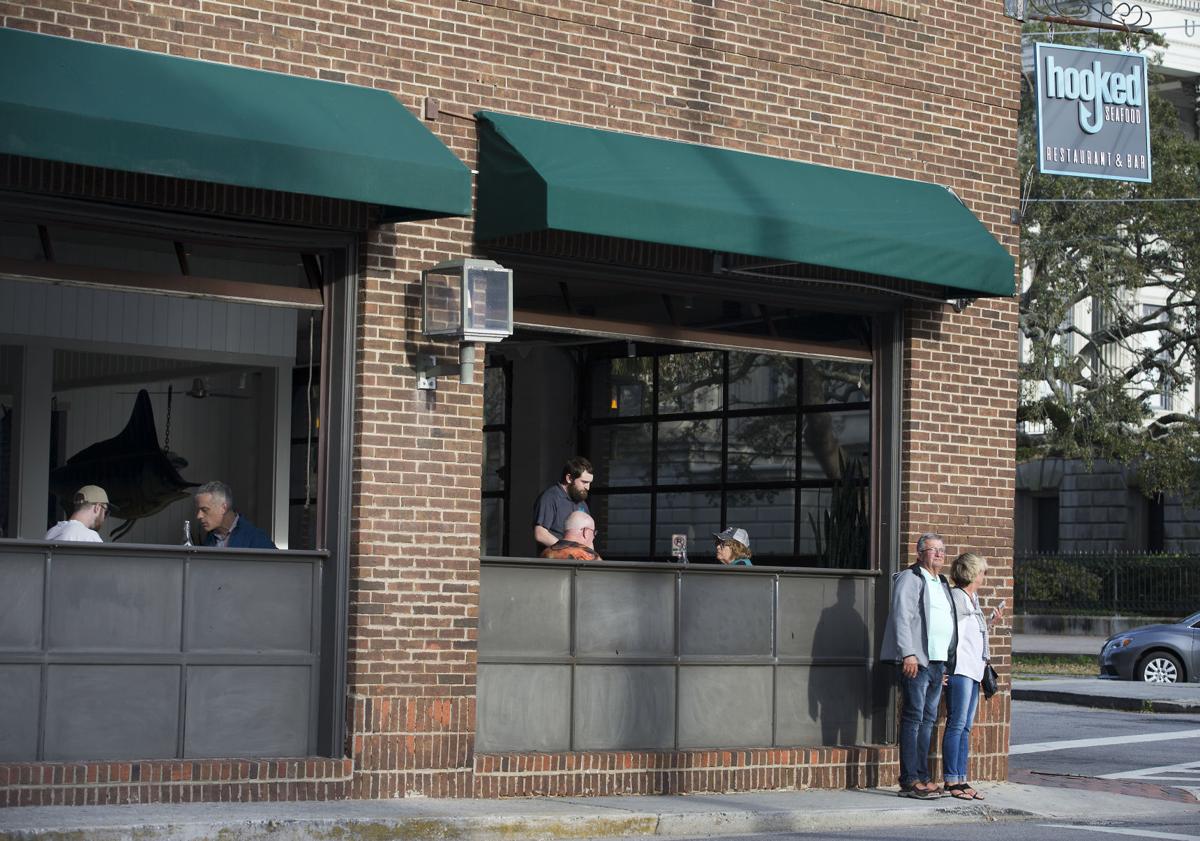 The restaurant Hooked Seafood opened this year in a corner storefront of the Carroll Building. The building's owners are looking to operate a 50-room hotel at the property. Grace Beahm Alford/Staff

Owners of the Carroll Building at North Market and East Bay streets downtown are looking to open a 50-room hotel. This week, the Historic Charleston Foundation filed a lawsuit arguing that a conservation easement gives the nonprofit the ability to reject certain uses for the building. File/Staff.

The restaurant Hooked Seafood opened this year in a corner storefront of the Carroll Building. The building's owners are looking to operate a 50-room hotel at the property. Grace Beahm Alford/Staff

Historic Charleston Foundation is suing the owner of a downtown building that's seeking to turn the property into a hotel, saying it has the legal right to reject the proposed use.

Owners of the Carroll Building at North Market and East Bay streets have asked to open a 50-room lodging at the site, which is steps from the historic City Market.

Historic Charleston argues that a conservation easement it was granted in 1984 under federal tax law gives it the authority to deny the request. The building owner disagrees with that interpretation.

"There is a fundamental misunderstanding about the scope of this easement," said Winslow Hastie, president of the foundation.

The owner, the Charleston-based Carroll Building LLC, submitted an application to the city in mid-May to convert the property into a hotel.

Is Charleston burdened by too much tourism? 'We're not there yet,' but need a path forward.

Hastie said Historic Charleston was not notified in advance. Afterward, the owner made a formal request to the nonprofit preservation group to change the use.

Hastie said the foundation's board unanimously voted to deny the proposal. The lawsuit cites "an unprecedented proliferation of hotels in the area creating a monoculture of use."

A representative for the building owner referred questions about the lawsuit to an attorney, who could not be reached for comment.

According to a map compiled by the Preservation Society, which also has raised concerns about a "proliferation of hotels" on certain parts of the peninsula, 13 lodgings were operating near the City Market before 2014. Since then another nine have either been opened or received some form of city approval.

The board that grants zoning exceptions for hotels hasn't voted on the Carroll Building request. The item was to be reviewed in mid-November, but it was deferred before the meeting.

Looking ahead to 2020, expect these Charleston-area hotels to open soon

The property most recently housed the for-profit Art Institute of Charleston, which closed its doors in 2018. Most of the building is vacant aside from a corner storefront that is occupied by a restaurant, Hooked Seafood.

The building is named for Thomas W. Carroll who opened an icehouse and fish business at the site in 1895. A portion of the existing brick building was built by Carroll from 1906 to 1910.

In the 1980s, the structure was expanded to include a contemporary office addition. It was during that transition that the conservation easement was donated to Historic Charleston to ensure the original building was preserved.

Hastie said easements are an important component of Historic Charleston's preservation program. The organization owns and enforces the terms of about 400 legally binding easements and protective covenants.

The owner of the Carroll Building has honored its easement, Hastie said. According to the lawsuit, which was filed in federal court Monday, Historic Charleston performs yearly inspections of the property. The owner has also sought the foundation's approval before making various changes, such as repairing windows.

The lawsuit cites a section of the easement that states that, without prior consent from Historic Charleston, the "type, use and density ... of the property shall not be changed from those set forth" in the agreement.  The document does "not set forth plans for a hotel use," according to the complaint.

Historic Charleston has been a vocal critic of the concentration of hotel development in the downtown area. And Hastie was one of the 11 members on a task force that helped to rewrite the city's hotel ordinance, adding language that sought to protect a mix of uses on the peninsula. The final version of the new rules were officially adopted in October.

If the Carroll Building request goes before the zoning board, the updated ordinance won't apply to the project because the application was submitted before the earliest version took effect in May.

This is the second example in recent weeks and the third this year of property owners applying for hotel uses at locations planned for other purposes.

The current plan calls for a 200-room full-service hotel. Under the city's updated hotel rules, that means the property will include an on-site restaurant and at least 20,000 square feet of meeting space.

One near upper King Street and the other across from Charleston's historic City Market, the projects both call for hotel rooms, residential units and pedestrian pathways.

The key takeaway from the latest lodging report was Charleston's ability to absorb hundreds of new hotel rooms while maintaining performance numbers.

This past week was considered the first big test of Charleston's new ordinance designed to limit the proliferation of hotels in its historic district, but the result of that test varies rather dramatically depending on who is giving the grade.