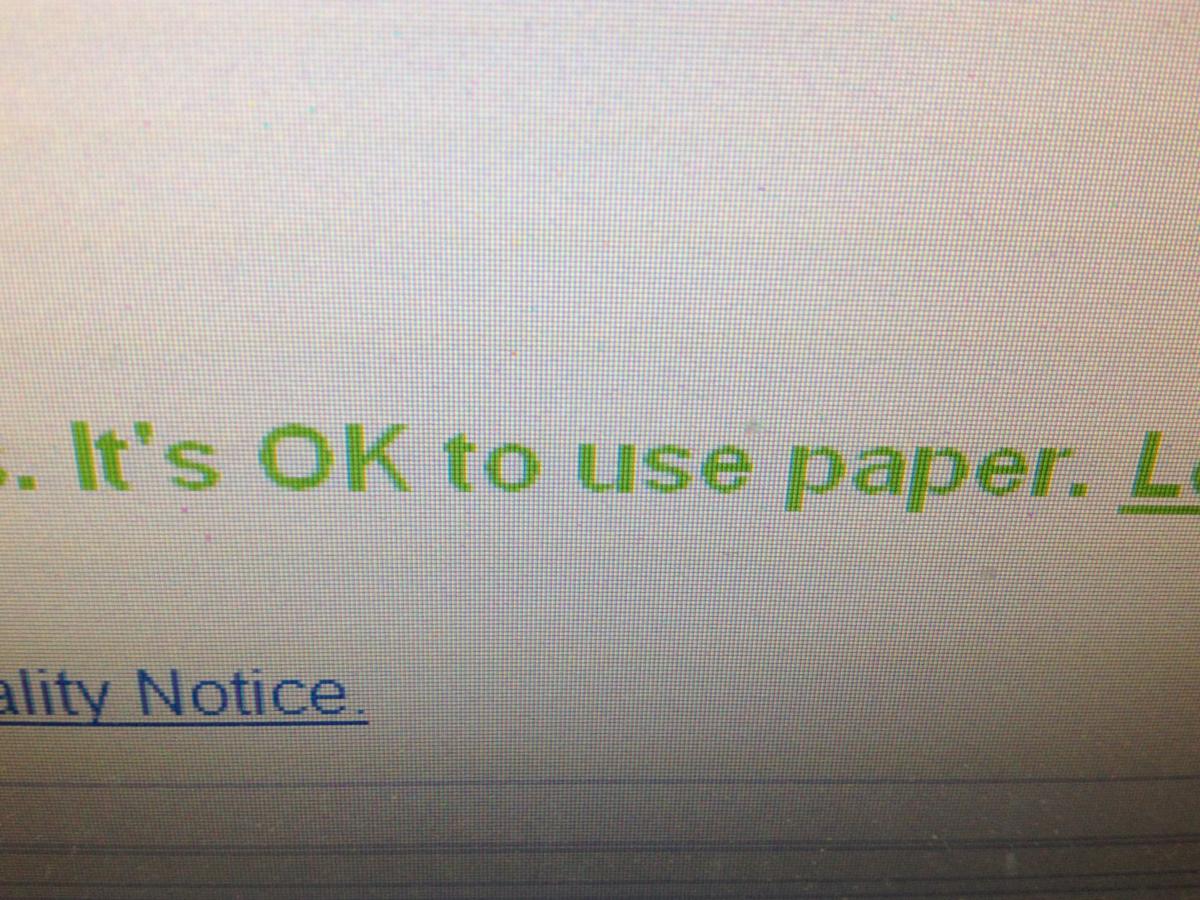 Domtar is pushing a not-so-subtle message to its email recipients. John McDermott/Staff 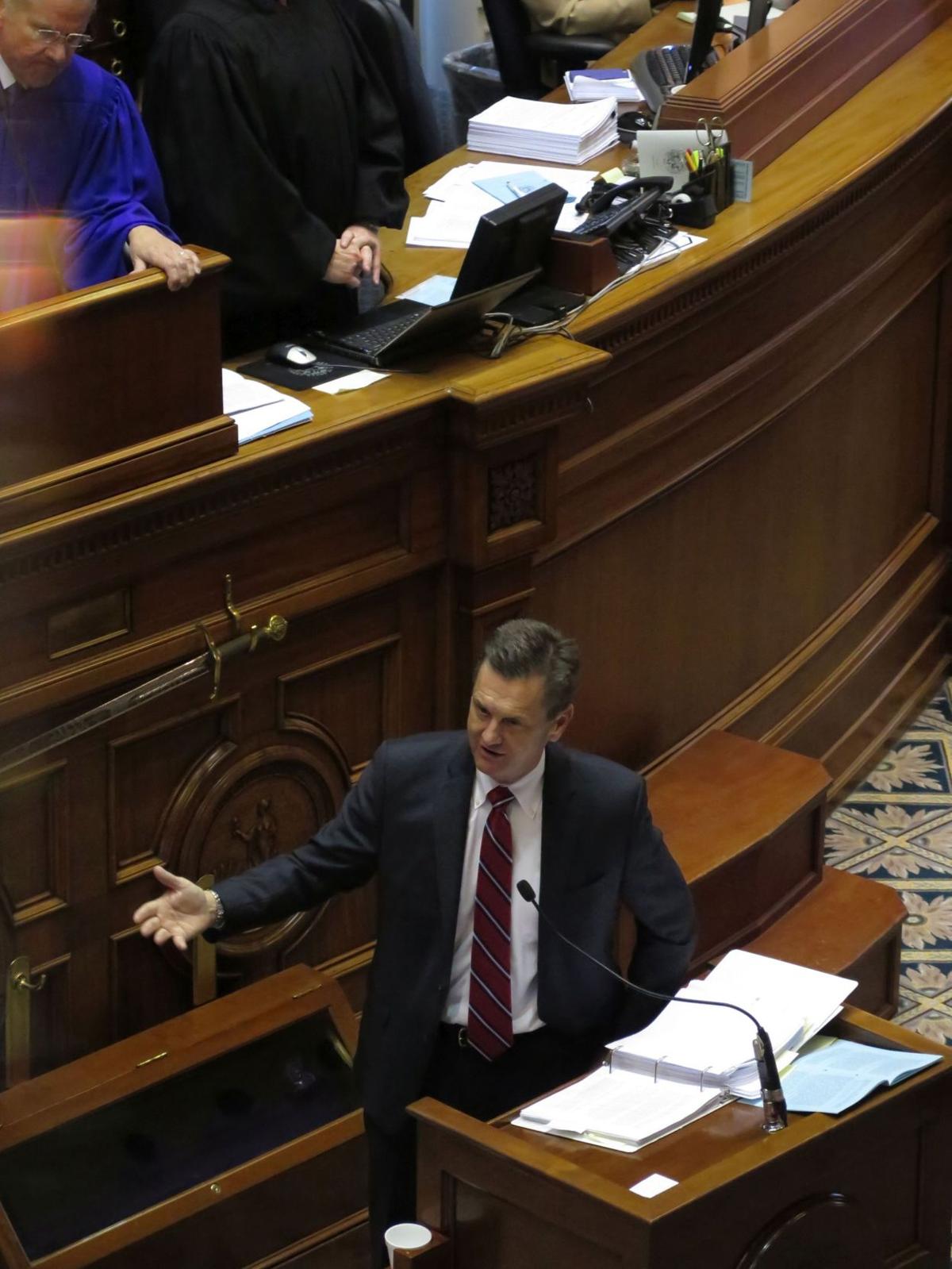 Sen. Tom Davis, R-Beaufort, filibustered in 2015 in roughly the same spot where he took the State Ports Authority to task about two weeks ago. It turned out to be a misunderstanding. Still, the microphone at the Senate podium paid the price. File/Staff 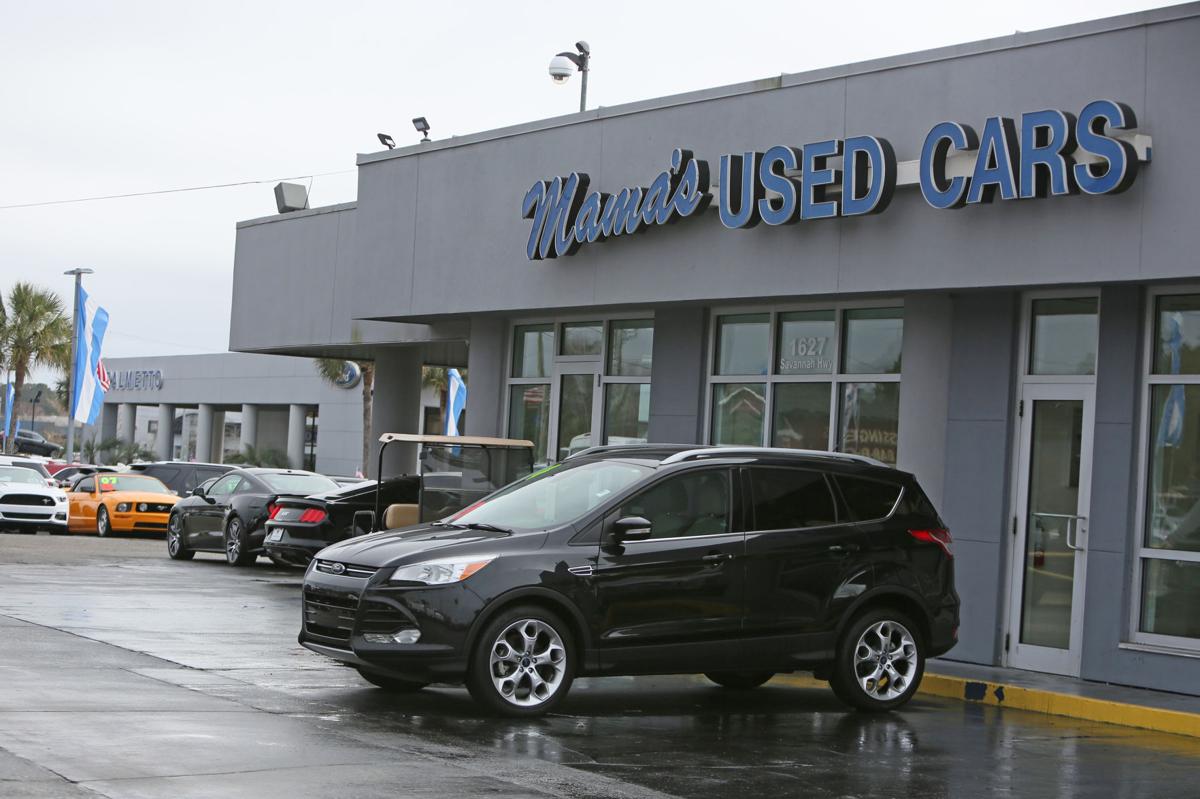 A new Lincoln car showroom is slated to be built where Mama's Used Cars is located on Savannah Highway in West Ashley. File/Leroy Burnell/Staff

South Carolina's paper industry has had just about enough of environmentally conscious email senders asking their recipients to resist the urge to hit the print button.

So it's fighting fire with fire, in a manner of speaking.

Take ArborGen, the Ridgeville-based company that breeds new varieties of trees. It was originally founded by a group of paper manufacturers, including the former MeadWestvaco Corp. It hasn't forgotten its roots since being sold last year.

"Notice: It's OK to print this email. Paper is a biodegradable, renewable, sustainable product made from trees," reads the signature on its spokeswoman's email. "Thanks to improved forest management, we have more trees in America today than nearly 100 years ago."

Arborgen, it turns out, isn't alone. Fort Mill-based Domtar — one of the state's largest corporations — is pushing a similar message companywide.

Its pitch: "Paper informs us, persuades us, educates us and organizes us. It's OK to use paper."

Domtar spokesman Stefan Nowicki said the company rolled that message out to make the point that printing email isn’t bad for the environment. It's no worse, he suggested, than displaying it on a computer or smartphone screen.

"Paper is also the most recycled product on the planet, something you can't say about the many heavy metals in your smartphone that will just end up in a landfill once it is time to upgrade to the next generation of device," Nowicki says. "Not to mention the costly and polluting extraction of those materials."

Of mic and men

Call it the case of the purloined port payment. Or the Savannah River skirmish.

In either case, just don't get between state Sen. Tom Davis and a podium microphone when the legislator is fired up about something.

A couple of weeks ago, Davis accused the State Ports Authority of diverting $5 million that was supposed to go toward the permitting costs for a new maritime terminal in Jasper County and using it instead for the Charleston Harbor deepening project.

Davis, a Beaufort Republican and longtime supporter of the proposed Jasper port to be jointly operated by South Carolina and Georgia, was infuriated when he learned the money had been stripped from the House version of next year's budget.

In response to Davis' questioning, a staff member from the House Ways and Means committee told him the SPA needed the funds for harbor deepening because matching dollars from the federal government were slow in coming.

In a blistering speech on the Senate floor, Davis accused the SPA of "naked parochial greed" and said the agency is trying to sabotage the Jasper project. As his tirade concluded, Davis smacked the microphone in anger, with a video of his actions quickly added to the #micslap Internet meme. The smackdown is at tinyurl.com/ycl9lzt9 at the 10-minute, 31-second mark.

It turns out, however, that the SPA never asked for the $5 million to be redirected to harbor deepening.

"The port formally requested $5 million in funding for Jasper this legislative session from the governor, House Ways and Means and Senate Finance," agency spokeswoman Erin Dhand said. "That request is still active."

The dredging costs are already being covered by $300 million that the General Assembly set aside years ago and a separate $50 million in this year's budget proposal that the SPA will use as a bridge loan while the agency awaits its federal share of the $529 million project.

It's not exactly clear how the Jasper money was erased from the House budget, but it appears legislators there mistook the SPA's concerns over the slow trickle of federal appropriations as a cue to redirect the $5 million.

Davis has since inserted language in the Senate's budget version that would provide $2 million for Jasper port permits in the coming year. The planned terminal along the Savannah River isn't expected to be needed until 2035 at the earliest.

"Of course, I will need to ensure that the money for Jasper isn't stripped out in conference committee when the House and Senate versions of the budget are reconciled," Davis told The Post and Courier.

Davis said the $5 million flap now appears to have been a simple misunderstanding. That doesn't mean he's letting down his guard.

"Going forward, there will be a much greater degree of monitoring by members of the General Assembly on the progress being made on making the Jasper port a reality," he said.

The West Ashley Auto Mile is chock full of car dealerships, and new showrooms are on the way for at least two of them: Baker Motor Co. and Palmetto Ford.

But some residents are raising concerns about the growth because car carriers often park in the Savannah Highway median to offload vehicles. They say that blocks the use of the central turn lane and is generally unsafe.

The residents want the city to require dealers to set aside space on their lots for unloading cars.

The move, headed by neighborhood activist Charlie Smith, is in response to Palmetto Ford's request for approval to demolish and replace the former Mama's Used Cars building at 1627 Savannah Highway with a new showroom. The city's Design Review Board will consider the request Monday.

Graham Eubank of Palmetto Ford said his dealership has never received new vehicles in the median.

"We have always supplied space for transport vehicles on our lot," he said.

As for the proposed Lincoln facility on the former Mama's site, Eubank said the intersection at Betsy Road will be safer by moving the curb cut farther from the road juncture with Savannah Highway and adding a sidewalk. He also promises the new building will be "much more aesthetically pleasing" than the existing structure and will include landscaping and a buffer.

A federal lawsuit over a photograph taken on private land isn't developing.

In fact, the dispute has been dropped entirely.

The College of Charleston Foundation sued photographer Ben Ham last year over an image he took of an avenue of oaks at Dixie Plantation, an 862-acre private reserve on the Stono River in Hollywood. An easement forbids any commercial activity on the land.

Ham allowed Charleston Style & Design magazine to use the photo to help illustrate an article about his work, and he also displayed it on his website, with a disclaimer that it wasn’t for sale.

A March 21 filing in U.S. District Court states that the complaint was dismissed but offered no explanation. Ham has taken the photograph, which was called "Plantation Road," off his website. He did not respond to requests for comment last week. A lawyer for the foundation declined to discuss the dismissal.

The State Ports Authority has put it in writing — its history, that is.

A 96-page book commemorating the maritime agency's 75th anniversary is now available for purchase, and its author, John F. Hassell III, will be signing copies 5:30-7:30 p.m. on Thursday at Buxton Books at Concord and Cumberland streets in downtown Charleston.

Hassell, a former SPA board member and interim CEO and a retired executive director of the Maritime Association of South Carolina, called the book "Imagine What Tomorrow Holds." It tracks the SPA's history since its formation by the General Assembly in 1942 to its status today as operator of one of the nation's largest and fastest-growing ports.