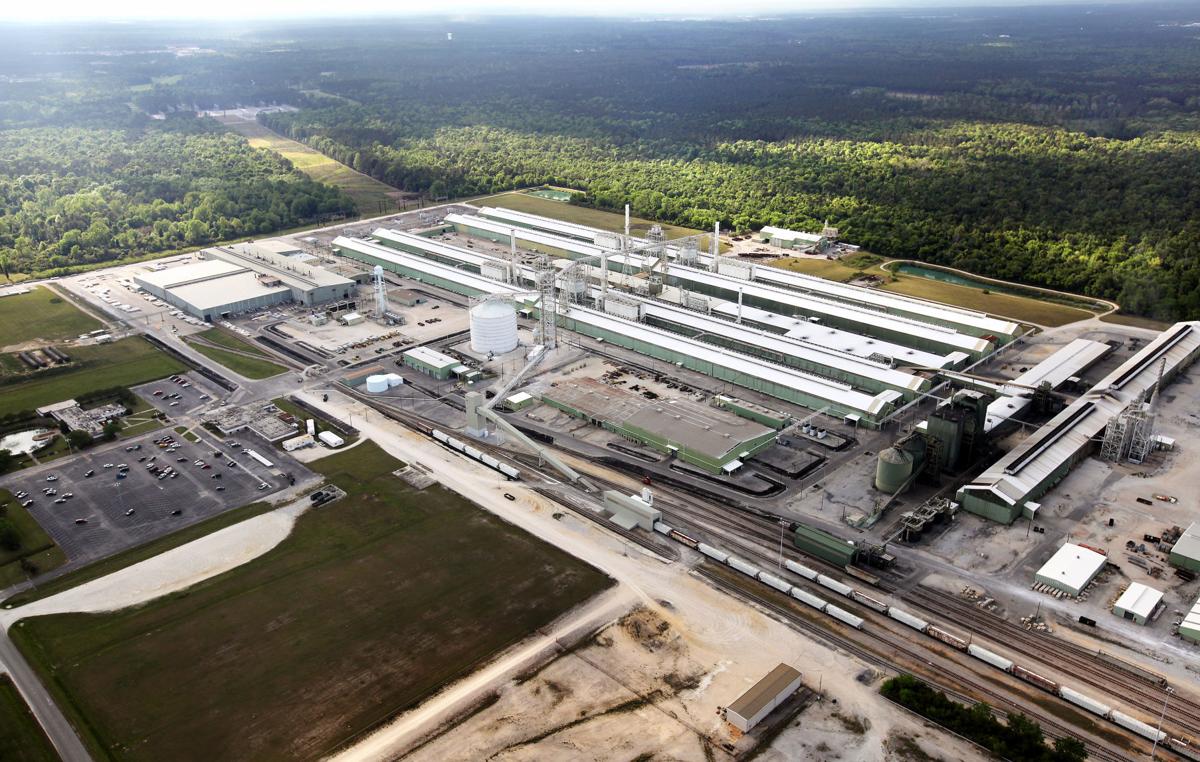 Goose Creek's leaders voted to hold a referendum on whether the city should create a municipal electric utility. They have one customer in mind: the half-idled Century Aluminum smelter (above) in Goose Creek. File/Staff 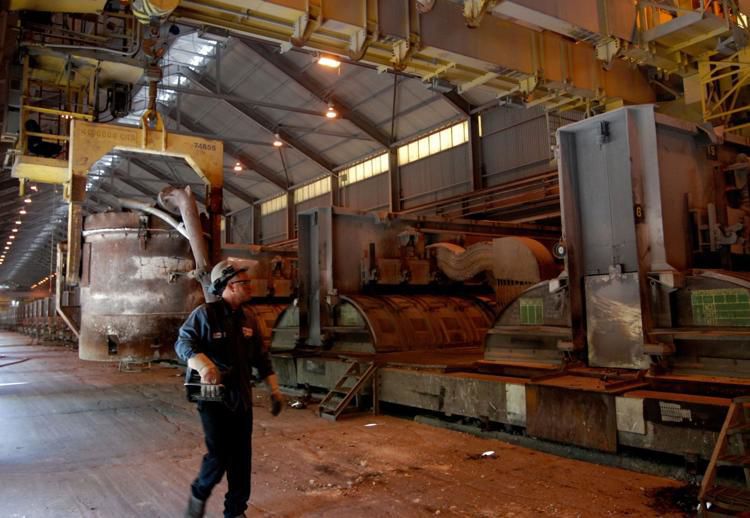 A contract between Santee Cooper and Century Aluminum means the Mt. Holly plant will remain operational through 2020.

The city of Goose Creek wants to create its own electric utility, but it's eyeing just a single customer: Century Aluminum.

Residents will soon get a chance to weigh in on a proposal to form the first new municipal electric utility in South Carolina in decades.

City Council voted unanimously to hold a referendum Dec. 3, when voters will decide if the Berkeley County community should be in the electric utility business.

The vote won't change where the city's roughly 42,000 residents get their power. They will continue as customers of Berkeley Electric Cooperative.

But if enough voters agree to the plan, the city could quickly become a conduit for Century Aluminum to buy millions of dollars of electricity for its Mount Holly smelter.

Goose Creek doesn't need to own any power plants. It won't need to buy coal or natural gas to power any turbines. Its proposed utility plan will exist solely to allow Century Aluminum to purchase vast amounts of electricity on the open market.

The unique setup could help Century — the nation's largest aluminum smelting company — reduce its power costs in South Carolina. It's a prospect the company has long pursued.

Goose Creek leaders believe the plan will also be a boon for local coffers. Under their plan, they will annex Century's smelting operation and its 4,500-acre site of U.S. Highway 52 into the city, cashing in on additional property and business taxes the Chicago-based company will pay.

Several city, county and state officials already have lent their support. As part of a well-organized public relations push, they've argued the move is a vital lifeline for Century, a sizable local employer that has idled about half of its Mount Holly plant over what it called its inability to choose its power provider.

But not everyone is on board. State-owned Santee Cooper, the current power supplier for Century, believes the creation of the new municipal electric utility would violate state law.

That hasn't stopped city leaders from pressing ahead.

Goose Creek Mayor Greg Habib has been one of the most outspoken advocates of the plan.

The idea of creating a municipal electric utility, Habib said, came out of a dialogue he began with Century and other local businesses after he took over as mayor last year.

Goose Creek's leaders began studying the idea of forming the electric utility that would benefit Century earlier this year.

The company provided an outline showing how it might work. Goose Creek then hired legal and utility consultants to confirm that the idea was both beneficial for local residents and feasible for the city.

Goose Creek has yet to annex Century's property and manufacturing facility. But if that occurs, the city expects its annual tax revenue to balloon by more than $1 million. That could help fund additional services for city residents and businesses.

Berkeley County Councilman Brandon Cox said he believes the annexation of Century and other property near the plant would be a great thing for the community.

"I think this is a fantastic win-win for everyone," said Cox, who lives in Goose Creek and previously served on City Council.

But the city's well-laid plans won't mean anything unless a majority of its roughly 24,000 registered voters approve the referendum. A successful referendum is required to establish a city-owned electric utility under state law.

The question for city voters is this: Do they want to join the 21 other municipalities in South Carolina that operate an electric utility?

Experienced thieves steal $300,000 worth of precious metal in overnight heist on SC river

"It's up to the residents of our city to decide if they want to go forward with this," Habib said. "There's nothing that's more open or transparent than that, I don't believe."

The price of electricity

The potlines at the Mount Holly plant superheat aluminum oxide to help produce roughly 114,000 metric tons of aluminum per year.

As a result, the price of electricity makes up 40 percent of Century's costs in producing a single ton of aluminum.

That's why the company has been battling for years to gain approval to purchase more of its power off the grid. The company says it can get cheaper energy from the market than it can from Santee Cooper's power plants.

"It all comes down to the price of electricity," said Dennis Harbath, Century's plant manager. "If we take this route, we get 100 percent of our power on the open market."

In 2015, Century laid off roughly half of its workforce in South Carolina — about 300 employees — after idling part of its Mount Holly plant.

Harbath said those jobs and manufacturing operations could return if the city establishes the new utility.

"That's the whole objective behind this," he said.

The promise of additional jobs and production at the plant isn't in writing as part of the proposed deal with the city. But the effort still has won support from local leaders, including state Sen. Paul Campbell, R-Goose Creek, who once worked in the aluminum industry.

He and other elected officials have offered their name to Empower Goose Creek, a group formed to rally votes ahead of the referendum.

Campbell previously worked as an executive for Alcoa, which ran the 39-year-old Mount Holly plant before selling its 50.3 percent stake to Century five years ago for about $68 million. He believes the creation of a city-owned utility is a "creative and innovative" way to keep the smelter operating in Berkeley County.

"What I really want to see is that aluminum plant operate at 100 percent," Campbell said.

Searching for a 'clear legal path'

For Century, the referendum represents its latest effort to sever ties with Santee Cooper.

The aluminum company already has tried other tactics to get around the Moncks Corner-based utility and purchase all of its power from the open market, like its two plants in Kentucky do.

Century sued Santee Cooper in federal court to escape the rates the state-run utility charges, but the company lost.

Century also lobbied the state Legislature to pass a law allowing aluminum smelting operations to select where they buy their power — something other manufacturers don't get to do. That effort also died.

"We haven't got open market power. That's the results we're looking for," Harbath said. "We continue looking, trying to figure out how to cross that bridge."

Santee Cooper has negotiated with Century repeatedly in the past, and the utility allowed the company to purchase 75 percent of its power elsewhere.

If Century can buy all of its electricity on the open market, Santee Cooper said that would raise costs for all of the state-run utility's other ratepayers who still would need to pay for the utility's power plants, power lines and other operating costs. Santee Cooper's other customers include the state's 20 electric cooperatives, one of which supplies Goose Creek residents with power.

Since the referendum isn't until Dec. 3, Gore said it's premature for Santee Cooper to say if it would challenge Goose Creek's attempt to take over as Century's electric supplier. But Santee Cooper's leaders argue it would likely violate state law.

"We don't think there is any legal basis for this to happen," Gore said of the city's plan. "We have an exclusive statutory right to serve the property that Century is on."

But Goose Creek's leaders are forging ahead. If the referendum goes through, the mayor said City Council could move to establish the new utility early next year. They would then annex the property and enter a contract with Century.

"We've spent a lot of time researching this," Habib said, "and we believe that we have a very clear legal path forward to provide power to Century Aluminum."