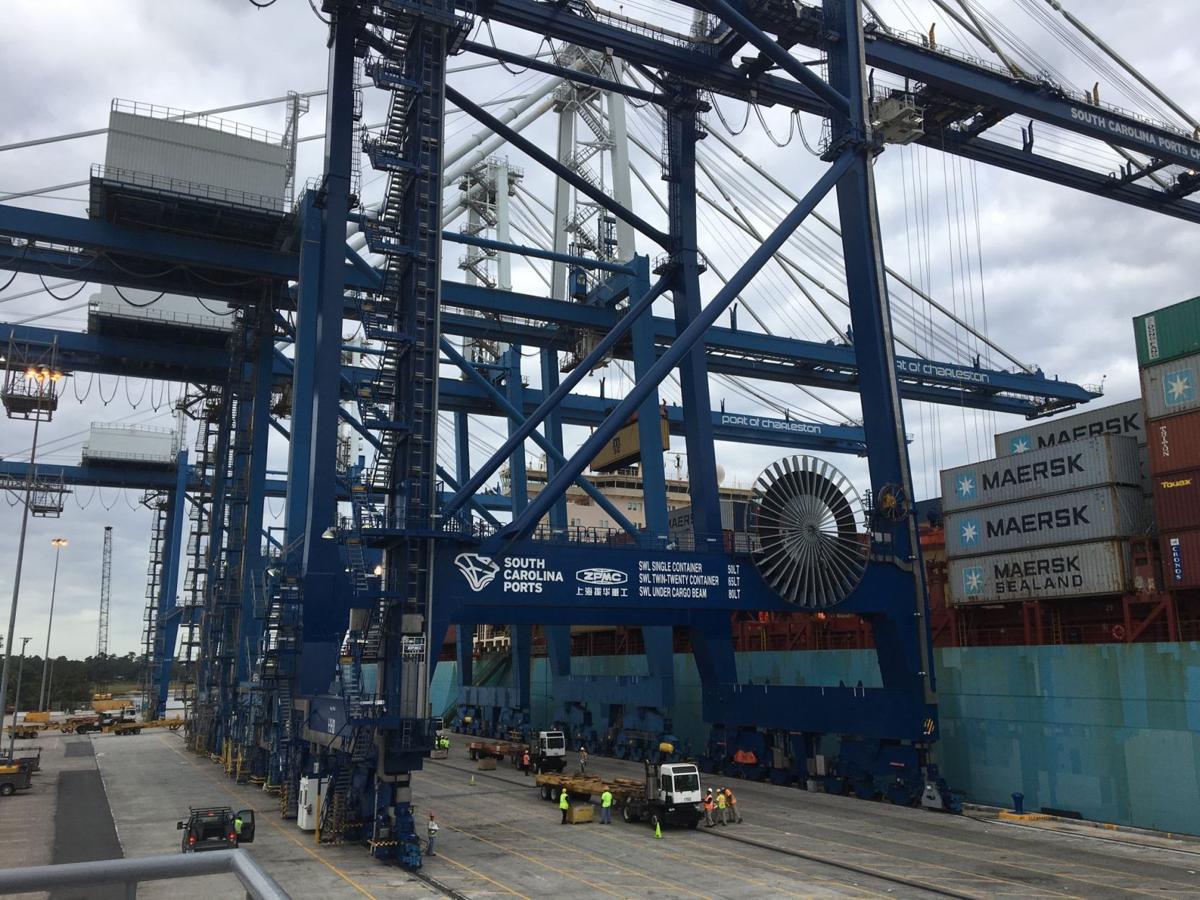 Under a cost-savings plan, three private companies that play a central role in the loading and unloading of cargo ships at the Port of Charleston are looking to collaborate. File/Provided/State Ports Authority 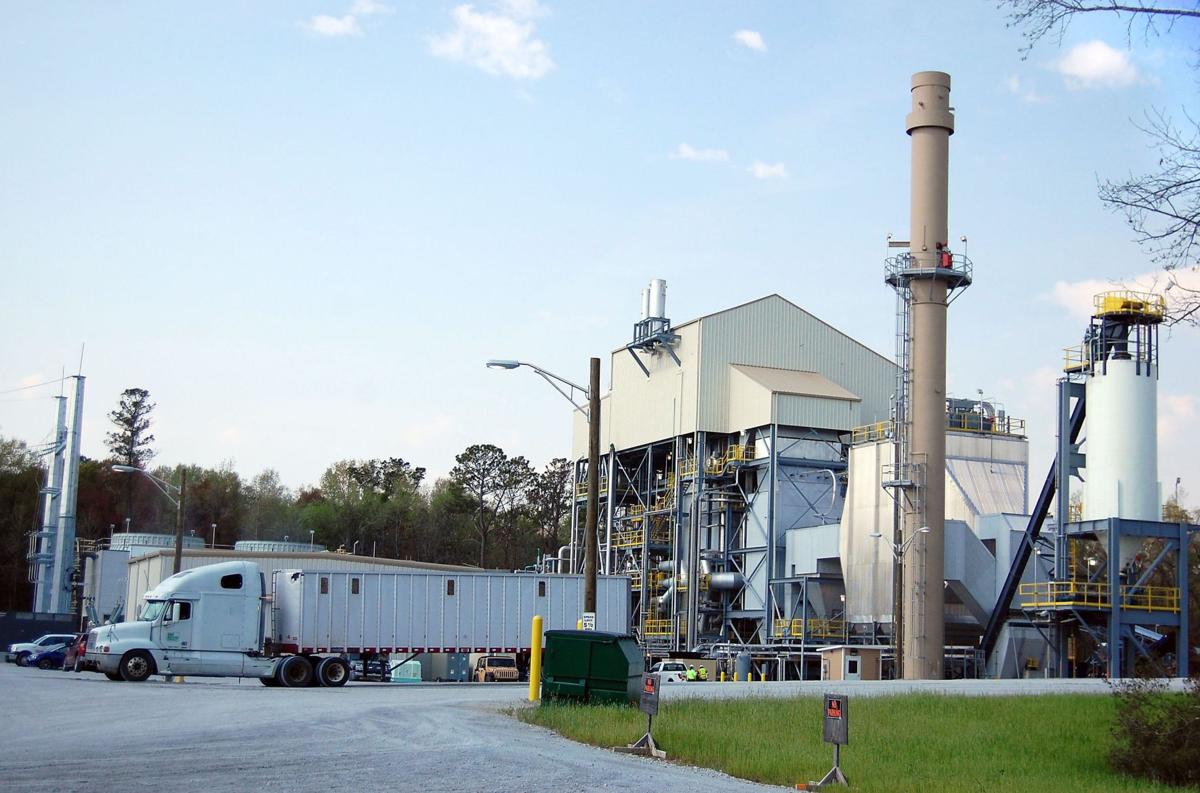 Dorchester Biomass in Harleyville has come under new ownership. File 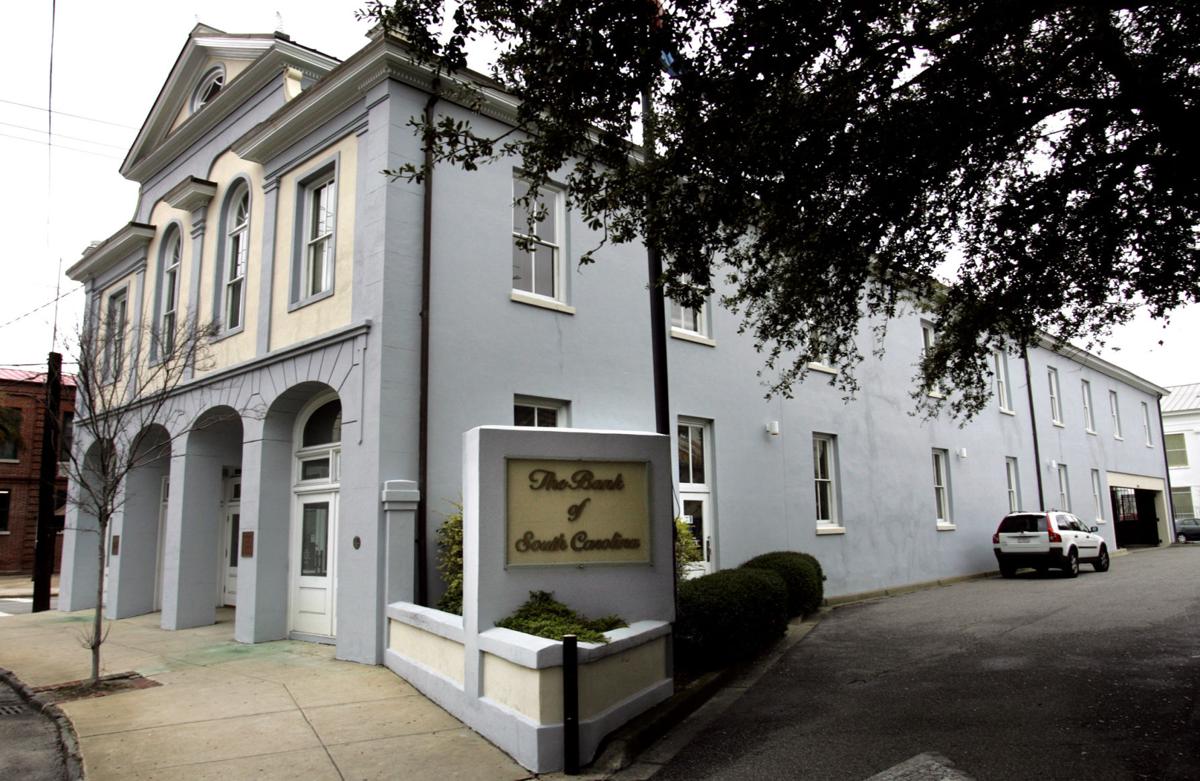 The Bank of South Carolina is based on Meeting Street in downtown Charleston. File/Staff 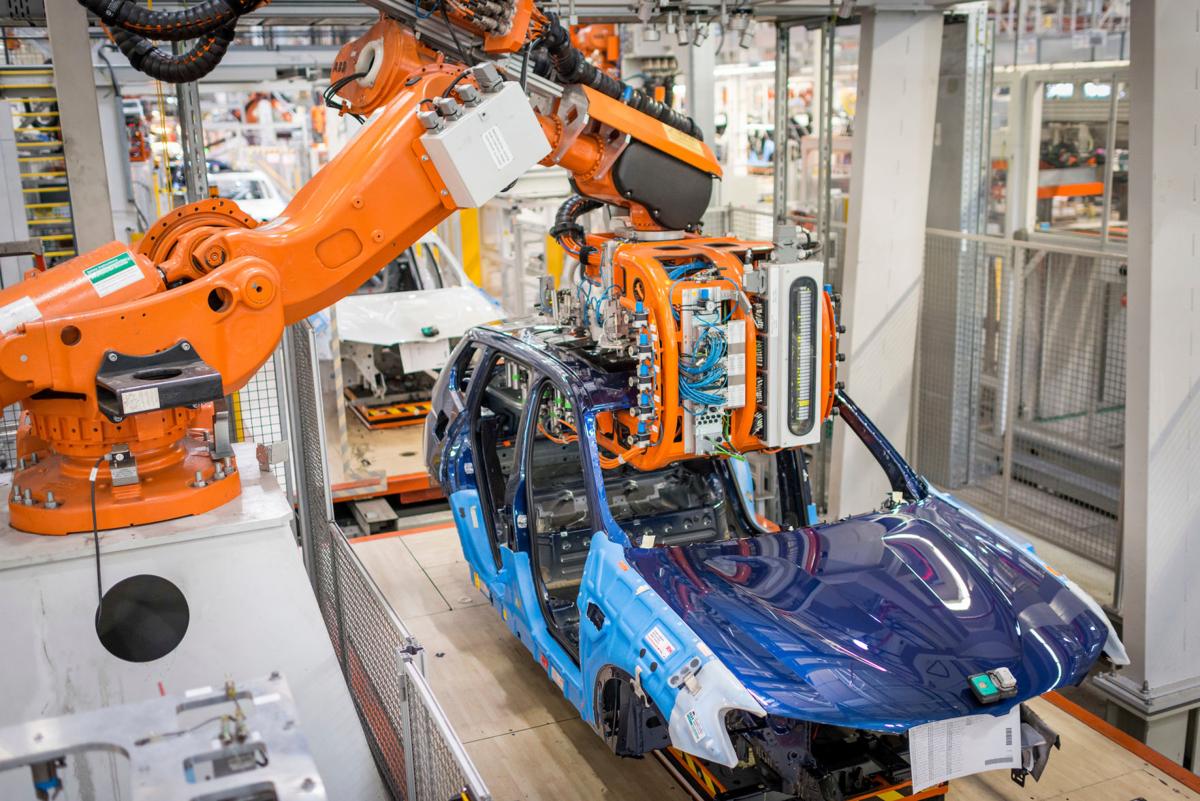 A robot installs a sunroof on an X3 vehicle at BMW's assembly plant in Greer. Provided/BMW 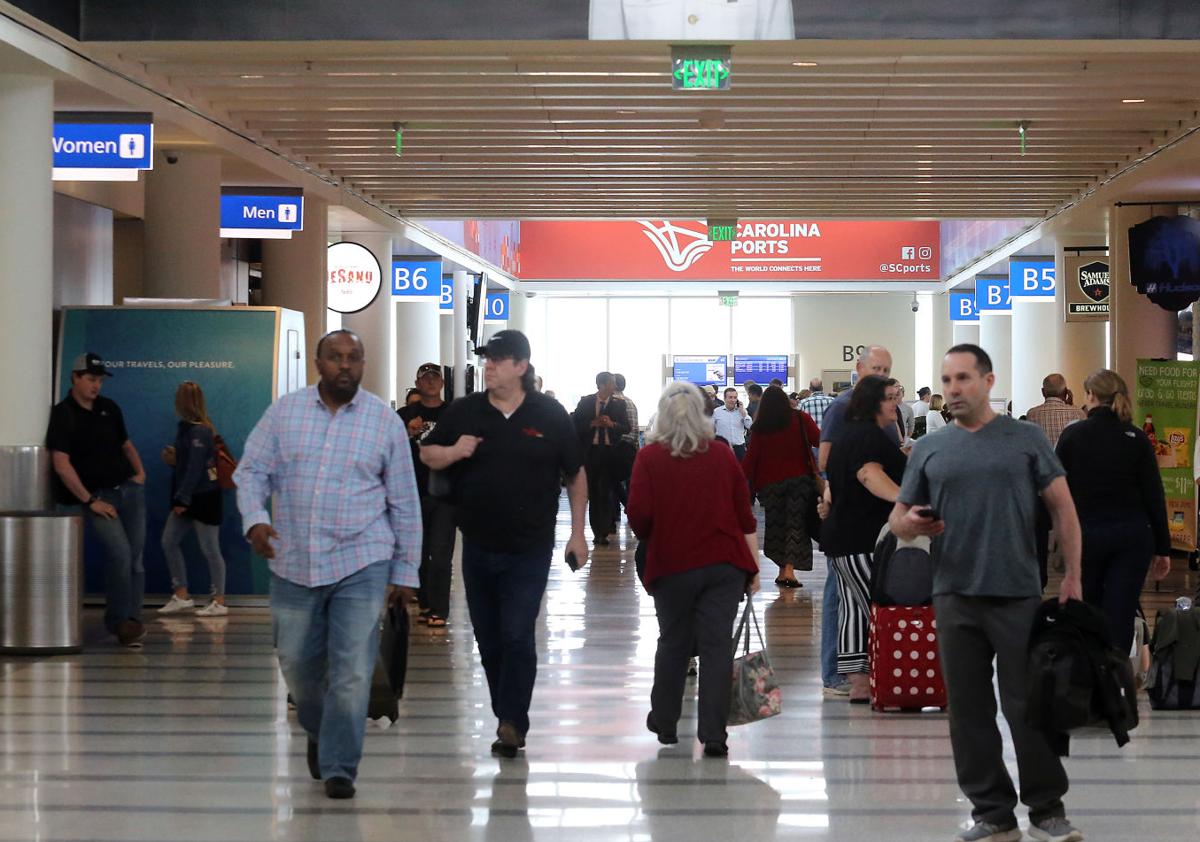 A trio of competing maritime firms that oversee the loading and unloading of container ships at the Port of Charleston withdrew their Federal Maritime Commission application to combine services under the name Newco, but the collaboration plan isn't dead in the water.

The agency and the companies wouldn't say why the application was withdrawn. But a State Ports Authority executive said the maritime commission determined it had no jurisdiction over the proposed business venture and, therefore, didn't need to review it.

"Newco is proceeding," said Barbara Melvin, chief operating officer for the authority, which operates the Port of Charleston.

The companies — Ports America, SSA Atlantic and Ceres Marine Terminals — also plan to combine their operations at the Port of Savannah.

The commission filing said Newco would enter into long-term deals with the state-run ports in South Carolina and Georgia to "enhance operational coordination between those facilities and services" and to "provide more efficient and better quality service for users."

The SPA, which operates the Charleston port, had supported the idea but the local International Longshoremen's Association opposed it. The ILA supplies labor to the stevedoring firms.

Jim Newsome, the authority's president and CEO, likes the idea, saying a single, streamlined stevedore would be more efficient and likely speed up how quickly ships are worked.

The ILA had said it opposed the plan because of antitrust and anti-competitive concerns.

A supplier of wood-fired power to Santee Cooper has sold its two South Carolina energy plants, a process that included the paydown of a stack of delinquent tax bills.

Dorchester Biomass in Harleyville and Allendale Biomass in Fairfax chnaged hands for $13 million. Each of the plants can produce 20 megawatts of electricity, according to the new owner, Atlantic Power Corp. of Dedham, Mass.

Announced about a year ago, the two rural acquisitions weren’t exactly headline news, but it’s a fair bet the S.C. Department of Revenue took notice.

Around the time of the closing in late July, about a dozen state liens were paid off for a variety of overdue taxes accumulated under the previous owner, affiliates of EDF Renewables.

The delinquent debts dated back as far as 2014 and the amounts ranged from as little as $218 to more than $7,300. The total bill exceeded $32,000, including interest and penalties, according to DOR documents.

The state agency got around to filing notices Thursday with the Dorchester County Register of Deeds to confirm the liens from the Harleyville site had been satisfied. Allendale officials had been notified earlier.

The irony is that the Harleyville and the Fairfax plants were structured in such a way by San Diego-based EDF as to “recapture” tax credits, according to Atlantic Power.

The Dorchester energy plant cost $46 million to build and, under a permit from 2011, was allowed to burn nearly 300,000 tons of wood annually.

Investors in the region’s oldest hometown community bank will get an extra treat again this Halloween.

In addition to its regular quarterly dividend of 16 cents, the Bank of South Carolina Corp. will give stockholders of record as of Oct. 7 a special 10-cent per-share cash payout when the checks go out Oct. 31.

The bonus is in recognition of the upcoming opening of the lender’s first branch in North Charleston. The company also paid an extra 10-cent dividend last Halloween that was tied to strong earnings growth.

The new branch, which has been in the works for several years, is nearing completion at U.S. Highway 78 and Ingleside Boulevard and is expected to open this quarter. The Bank of South Carolina will occupy the first floor of the two-story, 20,000-square-foot building. It also will relocate its mortgage business to the North Charleston site from Morrison Drive on the peninsula.

The Ingleside branch will be the fifth for the bank, which opened its doors in 1987 in downtown Charleston and has since expanded to Mount Pleasant, Summerville and West Ashley.

“This location will continue our model of strong asset quality, consistent earnings growth, stable capital and investment in our bankers and the communities they serve," CEO Fleetwood Hassell said in a written statement.

McKinsey & Co. research on "the future of work in America" reports almost every job will soon change because of automation.

As a result, local economies will have to adjust, some more than others.

Different cities are on diverging paths to adopting automation. While McKinsey predicts jobs handed over to robots will be replaced by higher wage opportunities, most of that rebuilding will take place in urban centers. Less educated workers face the possibility of being excluded entirely.

Charleston, for its part, may not be left in the dust. According to McKinsey, it's among a dozen or so "small powerhouse" towns, defined by their history of attracting workers and companies with a low cost of living and decent quality of life.

That position may mean Charleston and its workers are well-prepared for the changes automation will continue to bring to the economy.

"Automation is not happening in a vacuum, and the health of local economies today will affect their ability to adapt and thrive in the face of the changes that lie ahead," researchers wrote.

Much of the rest of South Carolina may not fare as well, if McKinsey predictions hold true. Florence was also mentioned in the report, but researchers said the Pee Dee city is trailing behind.

Nearly 9 percent more passengers came through Charleston International during the first eight months of this year over the same period last year, setting the state's busiest airport up for a notch below 5 million passengers for the full year.

Through August, roughly 3.3 million ticket holders flew in and out of the Lowcountry. About 450,000 of them traveled last month, up 6.2 percent over August 2018.

With some of the busiest travel months ahead, the airport could see roughly 4.8 million to 4.9 million passengers this year, according to CEO Paul Campbell.

After years of losing market share to the Port of Charleston and other Southeast seaports, the West Coast is fighting back.