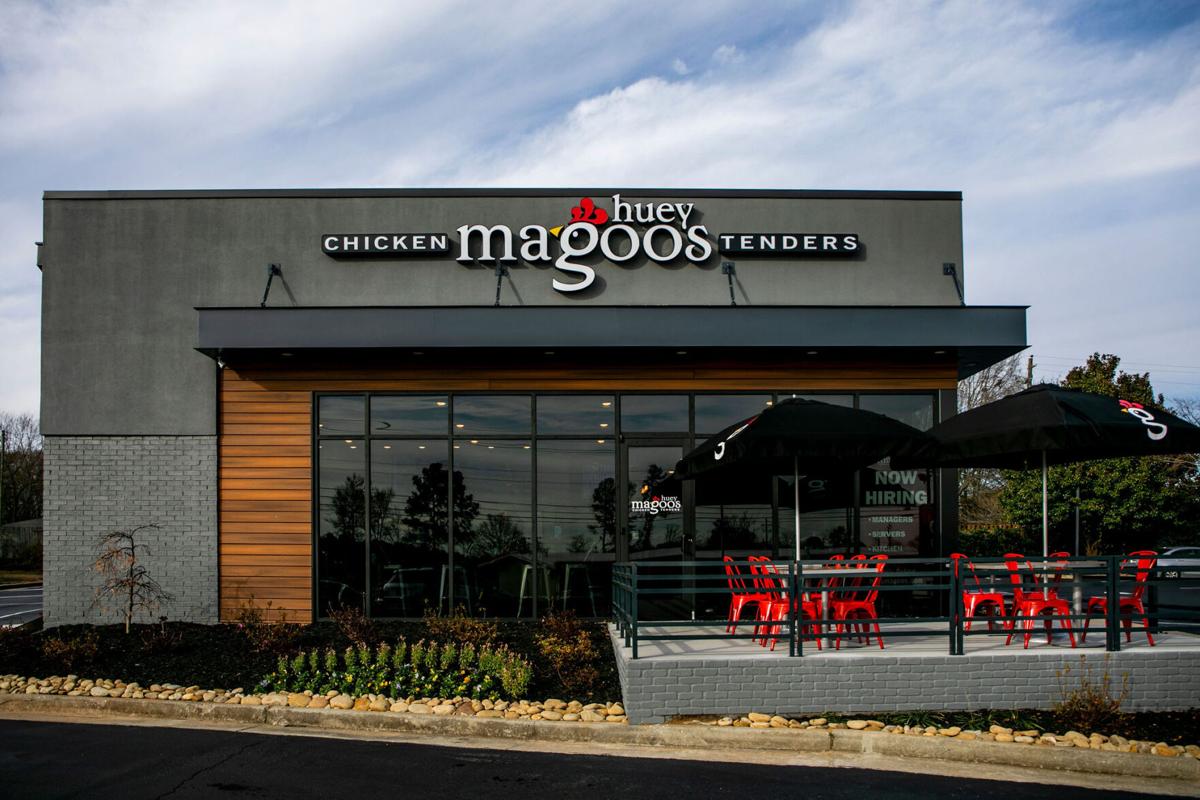 A new Parker's Kitchen convenience store and gas station will soon rise at 3900 Ladson Road near Limehouse Drive in the Ladson area after the property recently changed hands. Provided/Avison Young

A Florida-based chicken tender restaurant is expanding into South Carolina and other locations across the Southeast with plans to add eight locations in the Palmetto State.

Huey Magoo's proposes to open four locations each in the Charleston and Columbia metro areas while also adding five each in Georgia and Tennessee, the Orlando-based company announced this week.

Franchisee Don Bauer of Mount Pleasant said the physical locations in the Lowcountry and Midlands have not been determined.

"We are looking at sites across the area," he said. "Mount Pleasant for sure and suburban Charleston."

Bauer and business partner Philip Horn, of West Ashley, plan to open the first restaurant within a year and have the others operating within five years, if not sooner.

"It depends on real estate and timing," Bauer said. "We will look at existing restaurant sites that didn't make it and new construction from the ground up."

Of the decision to bring the franchise to the Charleston and Columbia areas, Bauer said, "We just think the product is superior and tastes fantastic and will do very well in this market."

The expansion announcement comes on the heels of the chain reopening its doors for dine-in service at select restaurants in accordance with local and state health guidelines.

"In these challenging times, we feel incredibly fortunate that Huey Magoo’s is, in fact, thriving with positive comp store sales, 120 franchises sold, more leases signed and restaurant openings set," president and CEO Andy Howard said. "We look ahead with much anticipation and excitement for Huey Magoo’s continued expansion."

In addition to chicken tenders with no antibiotics, no hormones, no steroids and no preservatives, the restaurant offers salads, sandwiches and wraps. Ordering options include dine-in or out, takeout, delivery through a third party, drive-thru and curbside pickup at participating restaurants.

Bauer and Horn also own 10 Papa John's Pizza restaurants in the Charleston region and eight others in Columbia, as well as eight Jersey Mike's Subs in Knoxville, Tenn., and three similar sub sandwich locations in Baltimore, Md.

A new Italian restaurant is now serving in downtown Charleston. Mario's Italian Ristorante is now open at 487 King St. Its hours are 4-11 p.m. Sunday through Wednesday and 4 p.m. to midnight Thursday through Saturday.

Another Parker's Kitchen convenience store and gas station will soon open in the Charleston area.

Several other stores in the Savannah-based chain already are open in the Lowcountry. Others are planned as well.

Meanwhile, another Parker's Kitchen could be coming to the Ladson area. An affiliate of the company recently paid $1.05 million for 6 acres at Ladson Road and Limehouse Drive, according to Dorchester County land records.

Tricoastal Properties II LLC of Mount Pleasant sold the property, which is next to a housing development on Maryland Drive.

The Arkansas-based retail giant is offering a 15-day free trial period for people who sign up for Walmart+, the company's new membership option.

During the trial period, customers will be able to test the full array of benefits, including unlimited free deliveries from stores, fuel discounts and access to tools that make shopping faster for families.

Customers in South Carolina can sign up at walmart.com/plus. The membership costs $98 a year or $12.95 a month and includes a 15-day free trial period.