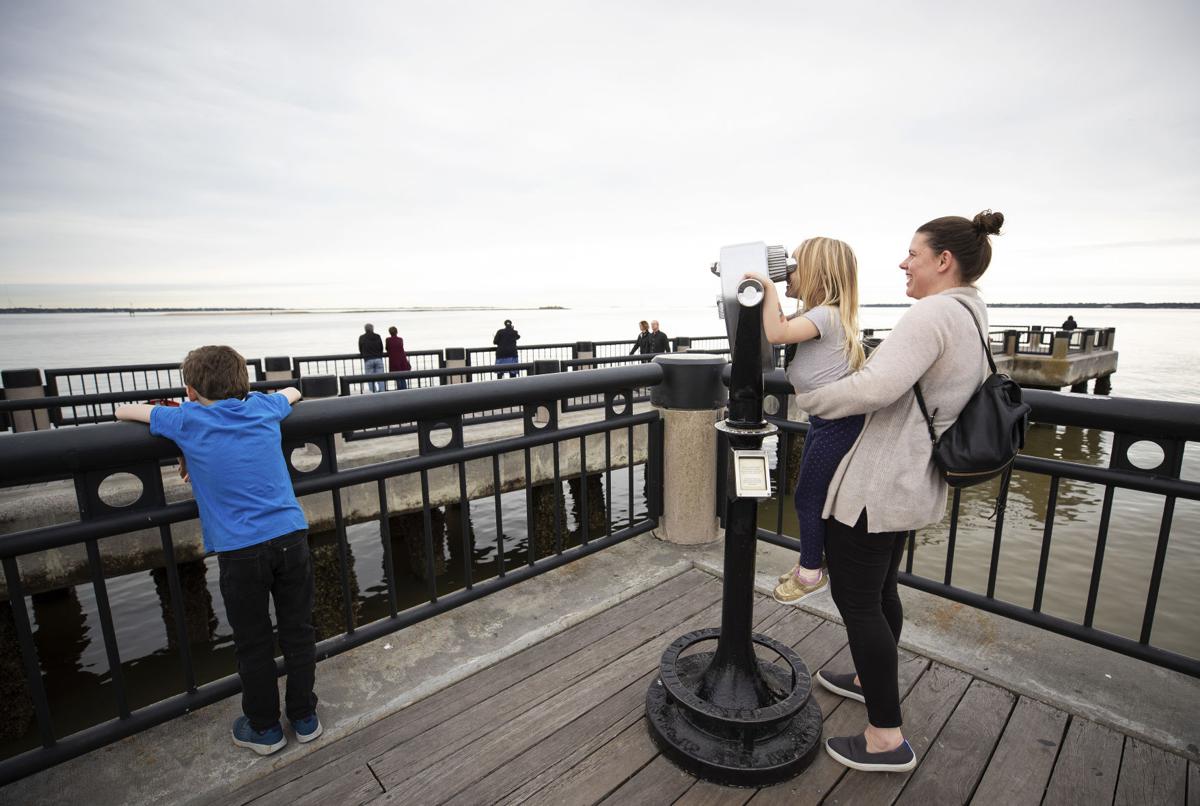 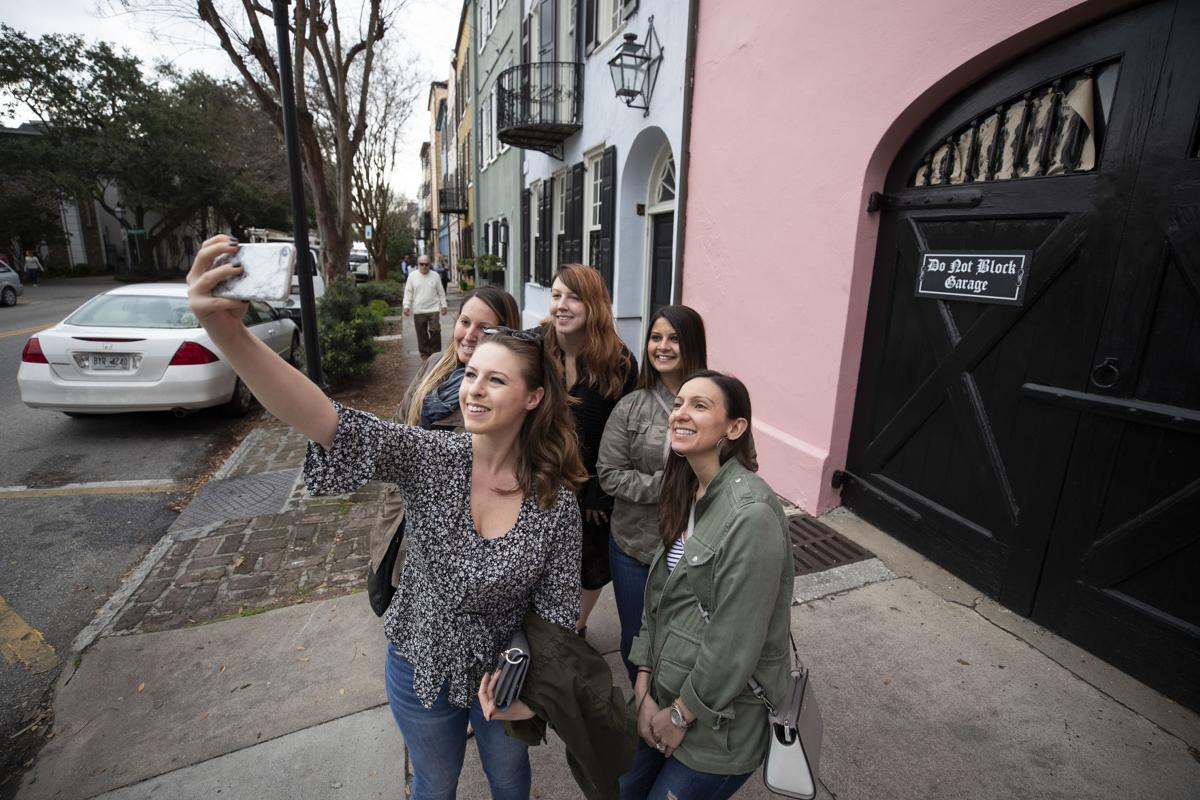 A group of friends from Bergen County, N.J. take a selfie by Rainbow Row on Monday, Feb. 18, 2019. Lauren Petracca/Staff 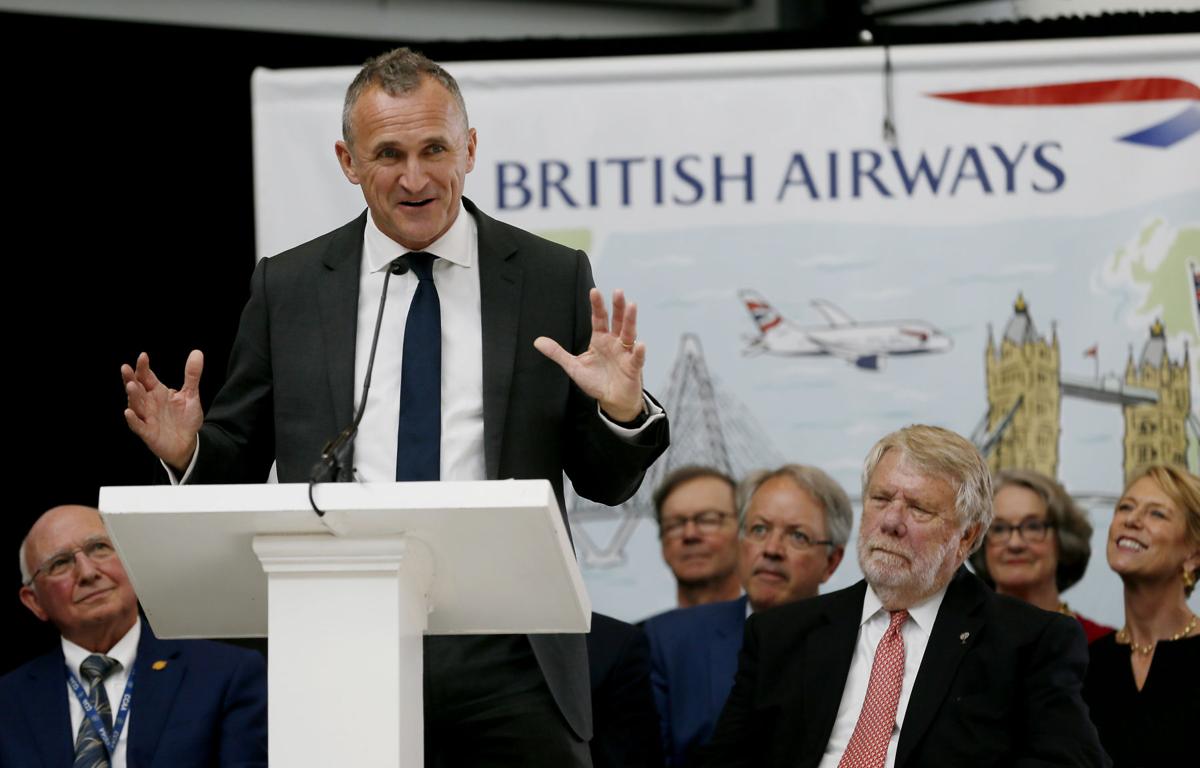 A group of friends from Bergen County, N.J. take a selfie by Rainbow Row on Monday, Feb. 18, 2019. Lauren Petracca/Staff

Duane Parrish, South Carolina's statewide tourism director, announced the latest figures at the kickoff of this year's Governor's Conference on Tourism and Travel. The annual conference, which started Monday, is at the Columbia Metropolitan Convention Center.

"Never before has tourism been so complex," Parrish told the room of tourism and travel representatives gathered for the three-day conference. But, he said, it's never been a better time to be in the tourism business in South Carolina.

This most recent economic impact figure, which represents visitor spending in 2017, shows a $1.4 billion increase from the previous year.

Since Parrish became director of the S.C. Department of Parks, Recreation and Tourism about eight years ago, that number has increased by more than 50 percent.

U.S. Rep. Jim Clyburn, D-S.C., spoke Monday about the drastic change in the travel industry's role in the state's economy over the past few decades. He said a state that used to thrive on supplying textile and tobacco now leans on two very different "t's": tourism and transportation.

April will mark a significant milestone for both when British Airways launches service at Charleston International.

The inaugural Charleston-London connection is South Carolina's first nonstop transatlantic flight. It's been praised as a game-changing opportunity for the state as a whole, with a projected economic impact of $20.2 million a year.

British travelers consistently top Charleston's list of overseas travelers and often alternate with Germans for the top spots at the state level.

There has also been an effort, Parrish said, to collaborate with New Orleans and Nashville, where British Airways recently started offering flights, in March 2017 and May 2018, respectively.

The Park Service covered nearly 99 percent of its operational costs in 2018. About a decade ago, it only brought in enough to cover about 73 percent of its expenses.

One of the ways the state's parks have increased their revenue is by adopting yield management pricing, Parrish said.

That means the Park Service's pricing model now varies based on what the visitor receives. For example, a cabin without a lake view may cost less per night than a park's waterfront property.

Despite the positive indicators that surround South Carolina travel, Parrish addressed a major concern for the industry: severe weather in the Southeast.

In terms of lost revenue, the impact of severe weather in the region can be particularly acute since the primary threat — hurricanes and subsequent flooding — are most likely to occur when tourism season is still in full swing.

To assess the public perception of South Carolina destinations after Florence, PRT commissioned a survey of thousands of known travelers in every state east of the Mississippi River, except for South Carolina.

Those results, Parrish said, were disheartening.

Of those surveyed, 80 percent believed that South Carolina had been directly hit by Florence, and 73 percent of respondents said the storm had reduced the availability of the state's beaches.

Though flooding after Florence blocked some visitors from traveling by car to destinations like Myrtle Beach for about two weeks in September, none of the state's coastal destinations suffered serious storm damage.

To try to counteract some of those perceptions, Parrish announced that his department is allocating $1 million this year to be spent promoting South Carolina as a fall destination, particularly on the coast.

"We won't be mentioning storms," he said of the campaigns.

Instead, knowing that storms may be on visitors' minds, there would be social media campaigns showing live video of beaches and an accelerated release of promotional material during times that are known to be popular for fall bookings.

Parrish said he also still hopes to "move the needle" on visitation to some of the state's rural communities.

Whereas home-sharing sites like Airbnb have caused heated debates in hotel-heavy cities like Charleston, having those options in areas that have few or no hotels could help bring visitors into those communities.

It's a good fit with Millennial travelers, he said, who seek outdoor adventure and authenticity.

Clyburn also spoke Monday about bringing more visitors to rural areas of the state, something which, in his support of South Carolina tourism, has been a particular focus.

His most recent effort, a bill that would make the Reconstruction Era National Monument in Beaufort County a national park, was passed by the U.S. Senate last week. Clyburn said he's confident the park could be a boon for travel to the state, "unlike any since golf."

"Reconstruction could be to Beaufort what civil rights is to Selma," Parrish said.

SC Tourism by the Numbers

63: Percent increase in revenue per hotel room since 2010