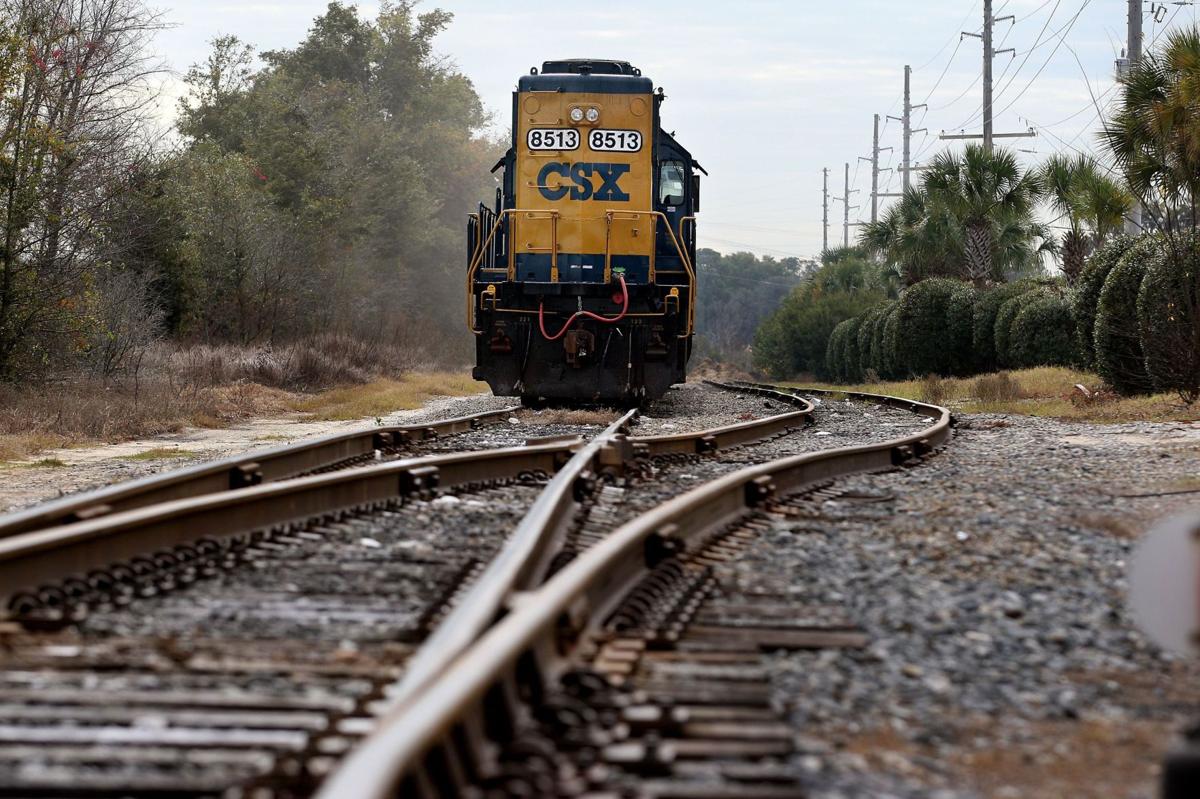 A CSX Corp. freight train is parked along Virginia Avenue just outside the former Navy Base in North Charleston. The railroad, along with Norfolk Southern, participates in a rail-dray program at the Port of Charleston. File/Grace Beahm/Staff 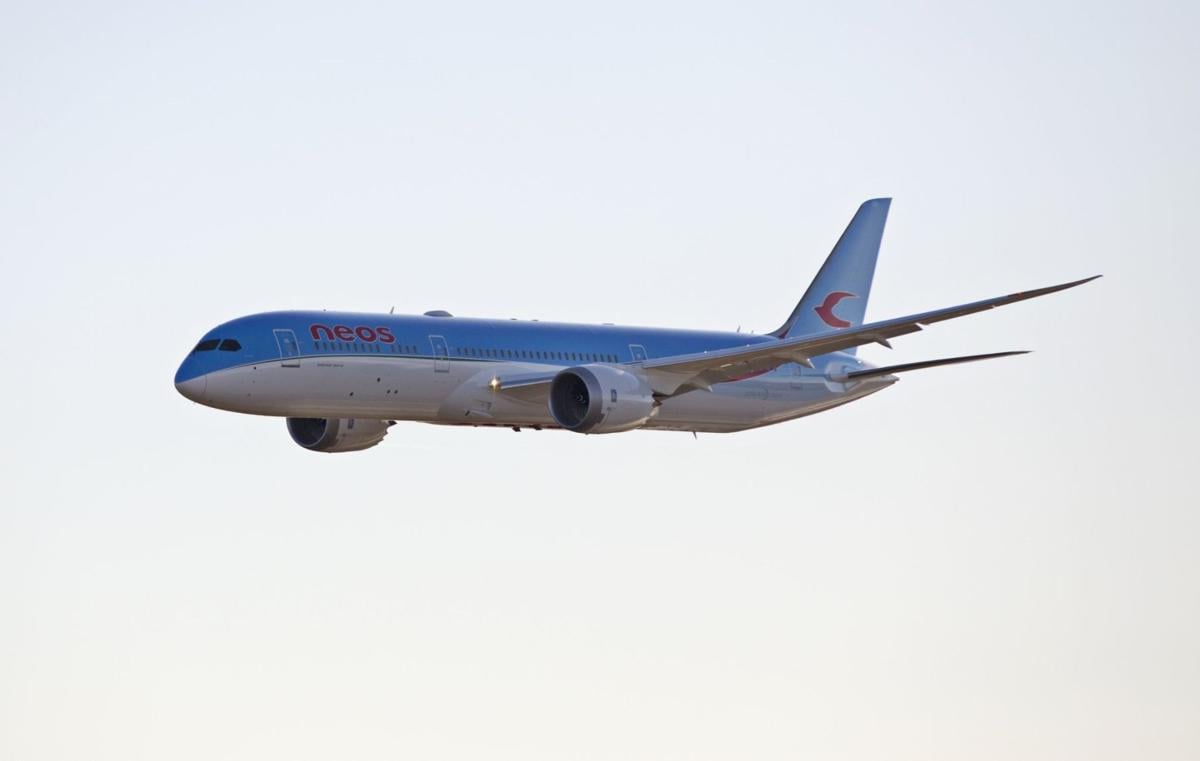 Drivers for a Charleston trucking firm that moves cargo containers between the Port of Charleston and off-site rail yards in North Charleston will join the International Brotherhood of Teamsters union in a move that could affect the State Ports Authority's popular rail-dray program.

A majority of truckers with CCM Logistics voted to join the union earlier this month. The National Labor Relations Board scored the election 31-20.

CCM Logistics handles about 20 percent of all containers in the rail-dray program, called RapidRail. That amounts to more than 17,500 cargo boxes during the first four months of this fiscal year, which started July 1.

The success of the rail-dray program is based on the SPA's ability to keep rates low, and anything that threatens those rates — such as a union contract calling for higher wages — threatens the program, said Jim Newsome, the maritime agency's president and CEO.

"The rail-dray program is designed to enhance the competitiveness of the Charleston gateway for intermodal rail cargo and has been very successful in doing so," Newsome said. "Accordingly, it is based on pricing and costs similar to those in adjacent ports. Anything which alters this competitive balance could have an adverse impact on participation in the rail-dray program."

RapidRail was established in 2012 and has helped drive intermodal growth to the point where up to one-fourth of all containers moving through the port's terminals now use the program. The SPA negotiates rates with trucking firms to move containers to Norfolk Southern and CSX Corp. rail yards and then sells that service to ocean carriers.

"It's a high-volume operation and the required rates are very competitive," said SPA spokeswoman Erin Dhand.

James Todd, president of the Teamsters' Local 509 in Columbia, called the vote "a monumental win because it will pave the way for many others at the Charleston ports."

A Teamsters news release quoted CMC Logistics driver Reggie McQueen as saying the "final straw" leading to the union vote was the company's decision to change workers' classification and cut their pay. A CMC spokesman could not be reached for comment.

The Charleston vote follows union victories in Commerce, Calif., and the Illinois cities of Harvey and Elwood involving a combined 1,417 workers.

Neos is leasing the plane through an agreement with AerCap, the world's largest aircraft leasing firm.

"This delivery is the first step of implementation of our fleet strategy, aimed at making sure our customers can always have a state-of-the-art service and the best possible in-flight experience," Carlo Stradiotti, chief executive of Neos SpA, said in a statement. "We look forward to welcoming more 787s into our fleet, along with the new 737 MAX in the next few years."

Stradiotti pointed out that Italian aerospace firm Leonardo produces about 14 percent of the 787's airframe structure, including the two-piece center fuselage and the plane's horizontal stabilizer.

Neos becomes the 45th carrier to operate the Dreamliner, with AerCap planning to deliver two more 787s to the carrier by next year.

Founded in 2001, Neos caters to Italy's leisure travel market with flights to destinations in Africa, Asia, the Caribbean, China and the Mediterranean. The carrier is part of Alpitour World, an Italian tourism firm that also provides hotel management and tour operation services.

The 787 is the fastest-selling twin-aisle airplane in aviation history, with more than 625 Dreamliners delivered since the plane entered service in 2011. Boeing is one of the region's largest employers, with about 6,800 workers and contractors at several sites in North Charleston.

The state Department of Commerce is establishing a $2 million aerospace research endowment at the University of South Carolina that will, among other things, let Boeing Co. engineers work more closely with USC faculty on research projects.

The Boeing Endowment "will enhance the university's ongoing partnership with Boeing and the shared commitment to advance aerospace innovation in South Carolina," according to a statement from USC's College of Engineering and Computing.

"Collaborate efforts, like this one, between the public sector, private industry and academia are critical as we seek to promote continued growth in our aerospace cluster and beyond," said Bobby Hitt, South Carolina's commerce secretary.

Boeing and the university have previously collaborated, such as the 2015 commitment by the aerospace giant to spend up to $5 million on research and development through the school's McNair Center for Aerospace Innovation and Research.

Hossein Haj-Hariri called the endowment "a unique opportunity (for students) to benefit from the deep experience of some of the leading practitioners working in the aerospace industry."