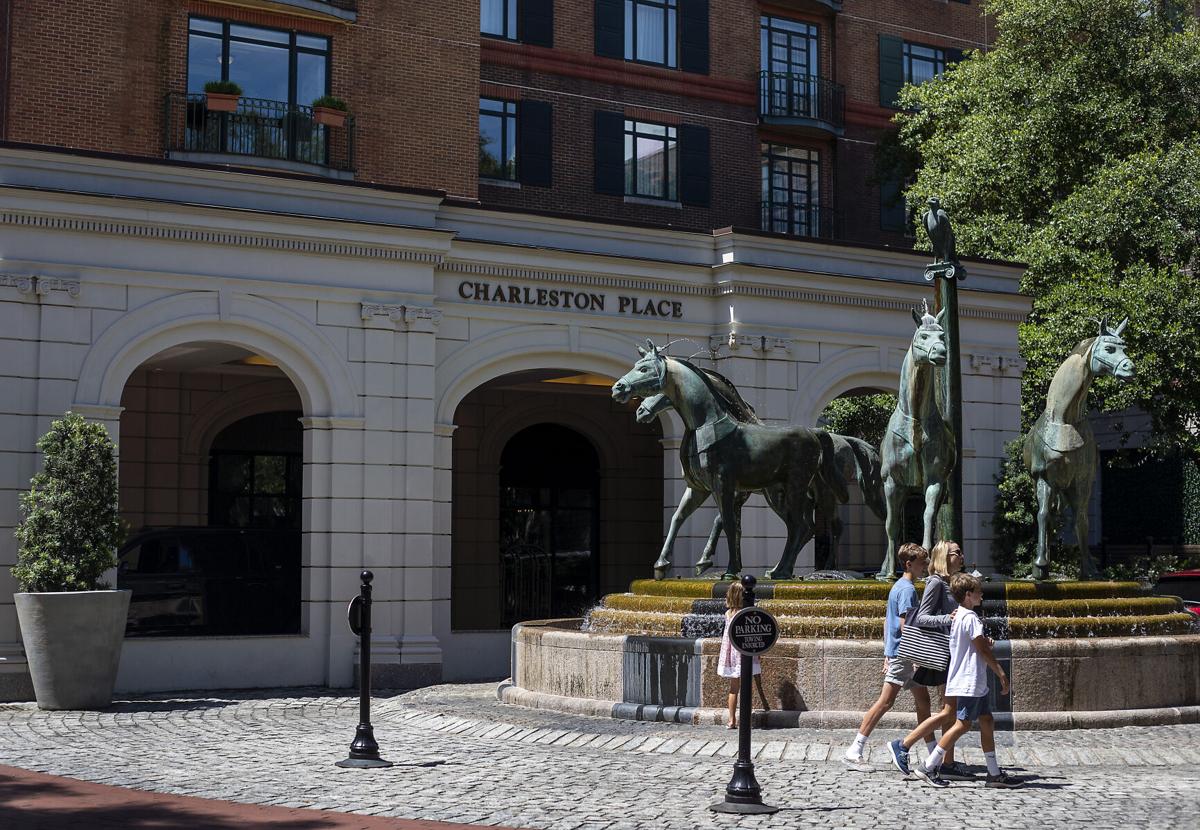 The sale of Charleston Place was made official Oct. 1. File/Grace Beahm Alford/Staff 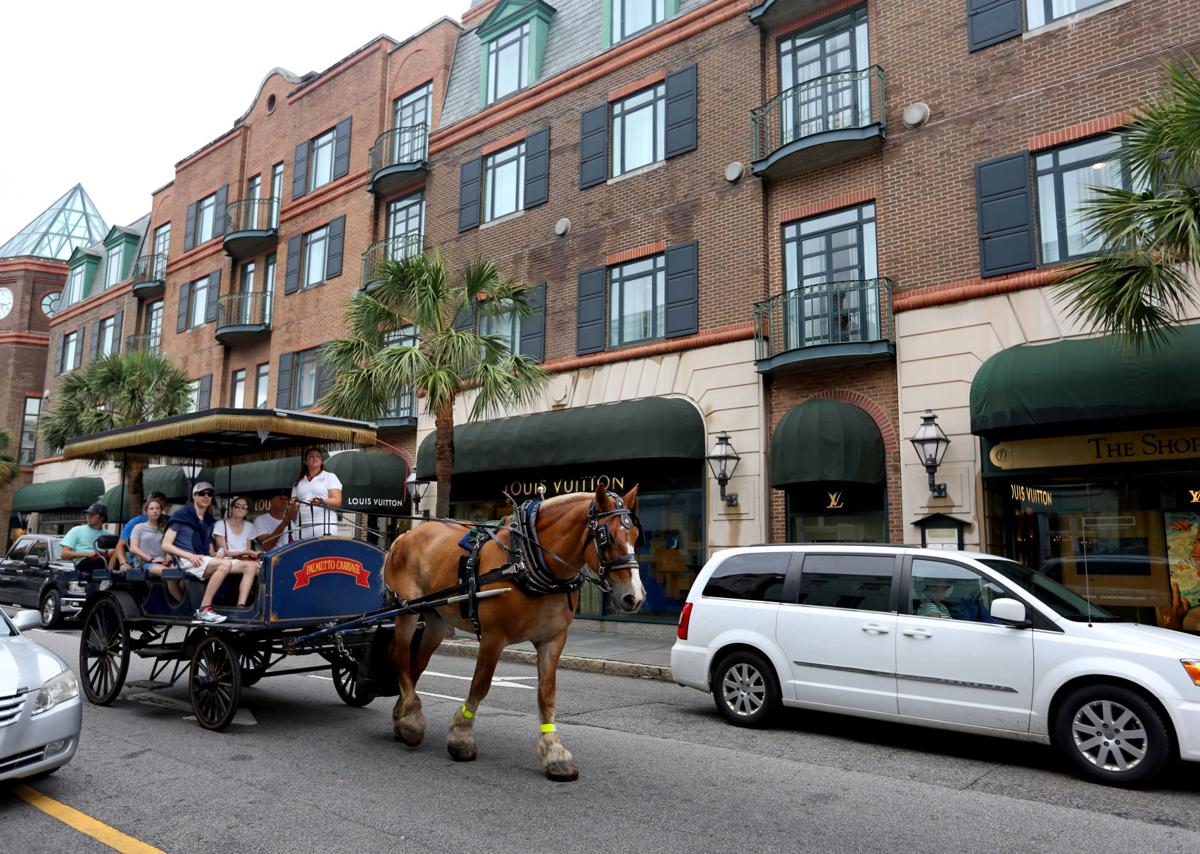 Charleston Place, the largest and most significant hotel and retail development on the peninsula, sold for a record-shattering amount when it changed hands last month.

The roughly 3-acre property in the heart of Charleston’s downtown was sold for $350 million to Charleston Place Acquisition LLC, an affiliate of Beemok Capital, the "family office" that manages the fortune of local philanthropist and businessman Ben Navarro, according to newly posted Charleston County land records.

The Post and Courier previously reported that the transaction was finalized Oct. 1, a couple months after Navarro’s office announced its plan to acquire the hotel.

The price is more than double that of the 2018 sale of the dual-flagged Hyatt Place and Hyatt House hotels on upper King Street, which at the time was believed to be the priciest commercial real estate deal on the peninsula to be publicly recorded. Germany's Union Investment purchased the side-by-side lodgings for $121 million.

The former DoubleTree Hotel near the City Market that was reopened as the high-end Emeline hotel last year reportedly fetched even more when it, along with Hank's Seafood, was sold by Charleston hotelier Hank Holliday's firm to Columbus, Ohio-based Rockbridge in 2015, though the exact figure was never disclosed publicly. That deal was also far outstripped by Charleston Place's price.

At 434 rooms — plus retail, dining and event venues and other amenities — Charleston Place dwarfs other hotels in the city’s core tourist district, especially those that sold in the last couple years. Late last year, the 64-room Planters Inn, which was also owned by Holliday, fetched about $56 million, or $875,000 per key. The year before that, the former 91-key King Charles Inn on Meeting Street sold for $43 million and has since been renovated and rebranded as The Ryder Hotel.

While $350 million is more than four times the original cost it took to build Charleston Place in the mid-1980s, it’s not quite the price some had speculated.

Not long after Charleston Place's former owner, the French luxury lifestyle conglomerate LVMH, confirmed it was seeking potential buyers for the property, the hospitality industry trade publication Hotels Magazine reported, citing unidentified sources, that the figure being "floated" for the property was about $500 million.

In marketing materials distributed by commercial real estate firm CBRE Inc. earlier this year, the chance to acquire Charleston Place was characterized as the “only opportunity” for the world’s biggest luxury hotel brands, like Montage, Four Seasons or Ritz Carlton, to move into Charleston's Historic District.

When Navarro emerged as the buyer, tourism and city officials praised the news that Charleston Place was coming under local ownership.

It's the “flagship” asset of the recently formed Beemok Hospitality Group.

After a decade at No. 1, Charleston knocked from Condé Nast's top spot by Aspen

The company has long-term plans for Charleston Place, which Navarro described in a written statement about the closing of the sale last month as “a landmark property that resonates in the hearts and minds of our local Charleston community and visitors alike.” A spokesman said Monday that Beemok had nothing new to add to its previously issued public comments.

Navarro, the founder and CEO of Sherman Financial who once tried to buy the NFL's Carolina Panthers, plans to “deploy significant investments” at Charleston Place, according to his October statement.

Last month, Casey Lavin, president of Beemok Hospitality, said the property is “in need of an update.”

“It’s in need of some additional concepting that really draws the public and the community back into what was once Charleston’s living room,” Lavin told The Post and Courier.

Beemok said last month that it plans to start renovations within the next year and a half.

When Charleston Place opened in 1986 as The Omni Hotel at Charleston Place, it was lauded as the beginning of a new era for the peninsula. Longtime Mayor Joe Riley had said that the hotel’s ribbon-cutting — a ceremony that Navarro has recalled attending with his wife, Kelly — was also a celebration of “the rebuilding of our city center.”

Charleston Place became the hospitality anchor of the tourism powerhouse the Holy City grew into in the subsequent decades.

The changing names of Charleston Place

Over those years, the property has gone through a few transitions.

It was “The Omni” for about a decade, until 1995, when Bermuda-based Sea Containers Ltd. bought a large stake in the property. Orient Express took over its management.

That name stuck until 2014, when Orient Express changed its name and the names of its properties to “Belmond.”

The last ownership change at Charleston Place was about two years ago, when LVMH acquired the entire Belmond portfolio.

The property includes the hotel’s 434 rooms and all its amenities, including meeting space, a spa, a pool and a signature restaurant, the Charleston Grill; the Shops at Charleston Place; and the historic Riviera Theater, used for conferences and large group events, across from the King Street entrance.

Beemok Hospitality’s holdings also include a boutique hotel in the Upstate, Hotel Domestique, and the Credit One Bank Stadium on Daniel Island.