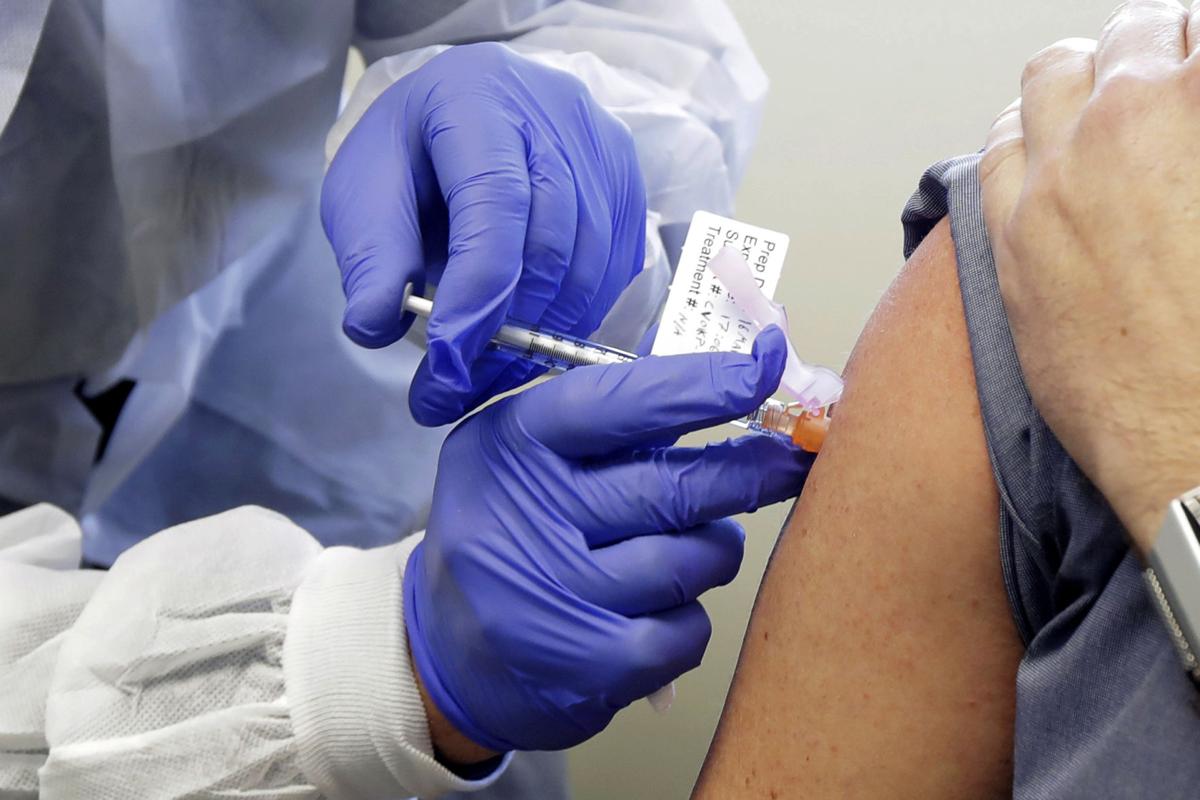 A volunteer receives an injection in a clinical trial of a potential vaccine for COVID-19 at the Kaiser Permanente Washington Health Research Institute in Seattle. (AP Photo/Ted S. Warren) 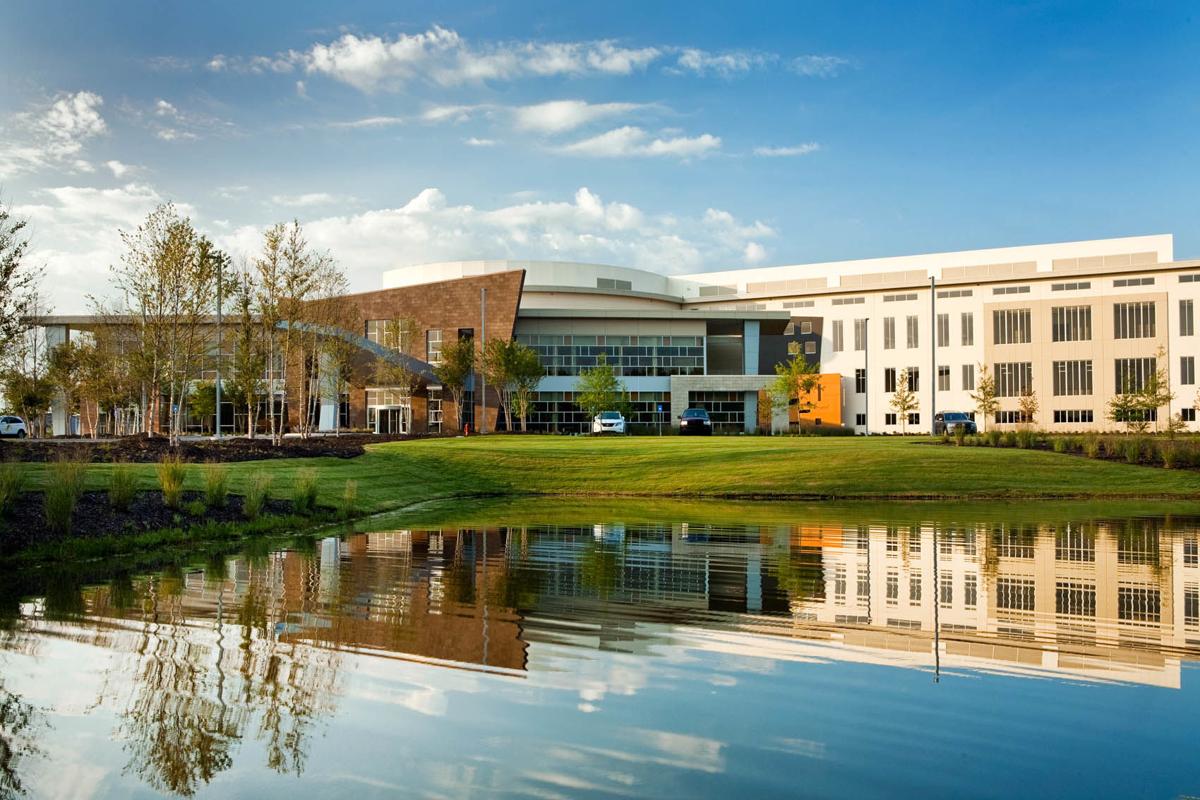 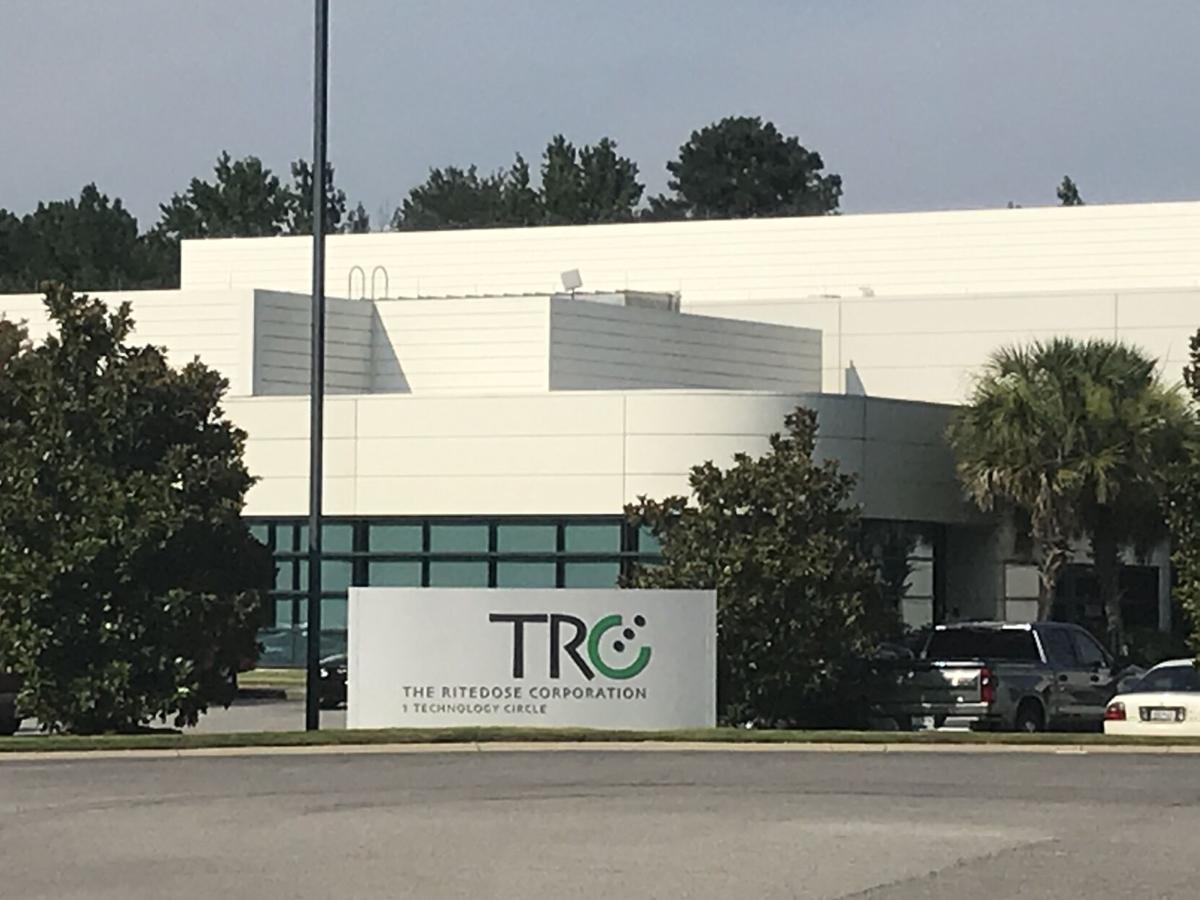 The Ritedose Corp. employs 350 workers at its headquarters and plant in Columbia. Jessica Holdman/Staff

COLUMBIA — Direct competitors in a business where the difference between profit and loss can come down to pennies, two South Carolina pharmaceutical companies located 20 miles apart are facing off over opportunities brought on by the coronavirus pandemic.

The Ritedose Corp. and Nephron Pharmaceuticals, whose CEOs say jointly they produce nearly all of the generic nebulizer-style respiratory drugs for the U.S. market, have done battle over market share for years.

On multiple occasions, when one company has made an announcement, the other follows with something similar, Nephron CEO Lou Kennedy said. Nephron opened a facility in 2017 to fill hospital and clinic orders for in-demand drugs. As Nephron started seeing high growth and success from its investment, Ritedose announced approval for its own such facility last year.

"If imitation is a serious form of flattery, then I'd like to thank the competition," Kennedy said.

But a big dollar vaccine-related contract and increased demand for the respiratory drugs they produce have heightened that in recent months.

Kennedy said people stocking up sent orders for respiratory drugs soaring by 141 percent in March, before returning to normal in May. The CEO of Ritedose, Jody Chastain, said in March his company had received a slight increase in demand.

Now, as the federal government prepares to drop hundreds of millions on its plans to rollout a coronavirus vaccine, both companies are looking for a share of those dollars that would also add greatly to their bottom lines.

Ritedose arrived first, coming to South Carolina 25 years ago as the U.S. arm of the German firm Holopak with a plant northeast of Columbia.

In 2017, it was purchased by Hong Kong-based private-equity fund AGIC Capital and Chinese pharmaceutical company Humanwell Healthcare, based in Wuhan, the province where the coronavirus pandemic originated. That deal has led to recent federal scrutiny of the company.

On the Lexington County side of the Congaree River, Nephron opened a headquarters and plant in 2011 after spending 14 years in Orlando, Fla.

Though they make many of the same things, their styles couldn't be more different. Kennedy is the prominent philanthropist and major Republican donor, most recently hosting a campaign event for Vice President Mike Pence.

While Ritedose also supports the community, the company keeps a lower profile. Ritedose CEO Jody Chastain was not available for comment last week, the company said.

But the generic business is one of competition, said John Nosta, a medical technology consultant who sits on Google's health advisory board and the World Health Organization technology panel of experts.

"It’s their ability to create small competitive advantages that makes a big difference," he said.

Money is made in volume and a company's ability to scale up.

"In the game of generics thin margins and small differences can become big advantages," Nosta said. "From sourcing to manufacturing to labor to distribution costs, a small shift in one or more of those factors can result in higher profit margins or a more competitive pricing strategy."

The virus-enhanced rivalry between the two companies first appeared in March, as Kennedy sought expedited review from the U.S. Food and Drug Administration to allow respiratory drug making on a number of new manufacturing lines.

Kennedy received approval for two of those lines, each adding another 18.5 million doses to monthly production. When she first discussed the push for more production, Kennedy spoke of six lines and said the added capacity would have allowed Nephron to produce all of the necessary respiratory drugs to meet demand in normal times.

Kennedy said she was concerned, at the time, that Ritedose may start shipping some of its product to China, where there isn't the production capacity. And she worried the U.S. would be left short. In that move though, Nephron also built up its bulk and subsequent ability to be more price competitive.

Then, headlines were made last week reporting Ritedose was approached as a possible subcontractor for COVID-19 vaccine distribution.

That same day, Nephron announced it would be expanding its facility to include more offices, warehousing and space to fill COVID-19 vaccines.

ApiJect, the inventor of a prototype for a low-cost, prefilled syringe originally intended to reduce the need to reuse needles in the developing world, received a $138 million federal contract for production of prefilled syringes in anticipation of a vaccine.

ApiJect reached out to a number of subcontractors, including Ritedose, Chastain told CNN, saying "although we have not reached any arrangement or agreement with ApiJect, we certainly would be honored to do so and have our company as part of this effort against COVID-19."

ApiJect also holds another $456 million contract to bring up to eight factories online to make another 500 million syringes, according to federal documents. ApiJect did not return email or phone messages from The Post and Courier.

Ritedose was one of a number of potential subcontractors contacted because of its use of a technology called blow-fill-seal, which molds the syringes or containers, fills them and seals it in one continuous motion to keep it sterile.

Blow-fill-seal is a decades old technology that has increased in popularity in recent years with the introduction of robotics. It was actually created by a parent company of Ritedose, back when it was Holopack.

According to RommelagUSA, which markets the machines, there are around 20 companies using the technology in the United States, Ritedose and Nephron among them.

Due to their geographic proximity, it's likely only one of the companies will be chosen.

"You don't want it all to happen in one place," said Yuri Peterson, an MUSC College of Pharmacy pharmacologist. "Vaccines are perishable, there are shipping costs. If you depend on one provider and there's a problem, it could be disastrous."

Both Nephron and Ritedose have prior connections to ApiJect. Nephron was tapped by them to help explain blow-fill-seal technology to lawmakers. And one of ApiJect's executive team is a former Ritedose employee.

When Kennedy heard about the federal contract ApiJect received, she contacted them and raised concerns about Ritedose's Chinese ownership.

"I have a problem giving any money to the Chinese, especially since that's where the virus started in the first place," she said.

Nosta echoed those concerns as they relate to our country's ability to source critical pharmaceutical products in a time of significant need, something he said has come into the spotlight with COVID-19. The vast majority of raw pharmaceutical ingredients, called precursors, are made in China, Peterson said.

Kennedy said it is her plan to work directly with the federal government to secure a contract rather than being a subcontractor. She's reached out to contacts at the Department of Defense, the congressional delegation and members of the federal coronavirus task force.

She said she already has the molds for plastic vials ready to go and plans to modify four to five manufacturing lines to fill vaccines. But with a contract sitting at $143 million, according to congressional documents, the U.S. has invested far less to date in that form of vaccine delivery.

Still when it comes to the COVID-19 vaccine, Peterson says it's a global pandemic and therefore a global venture.

He said if U.S. companies with Chinese ties, like Ritedose, were shut out of certain contracts, the effects could be substantial and put them at a big disadvantage when it comes to competing for market share in the future.