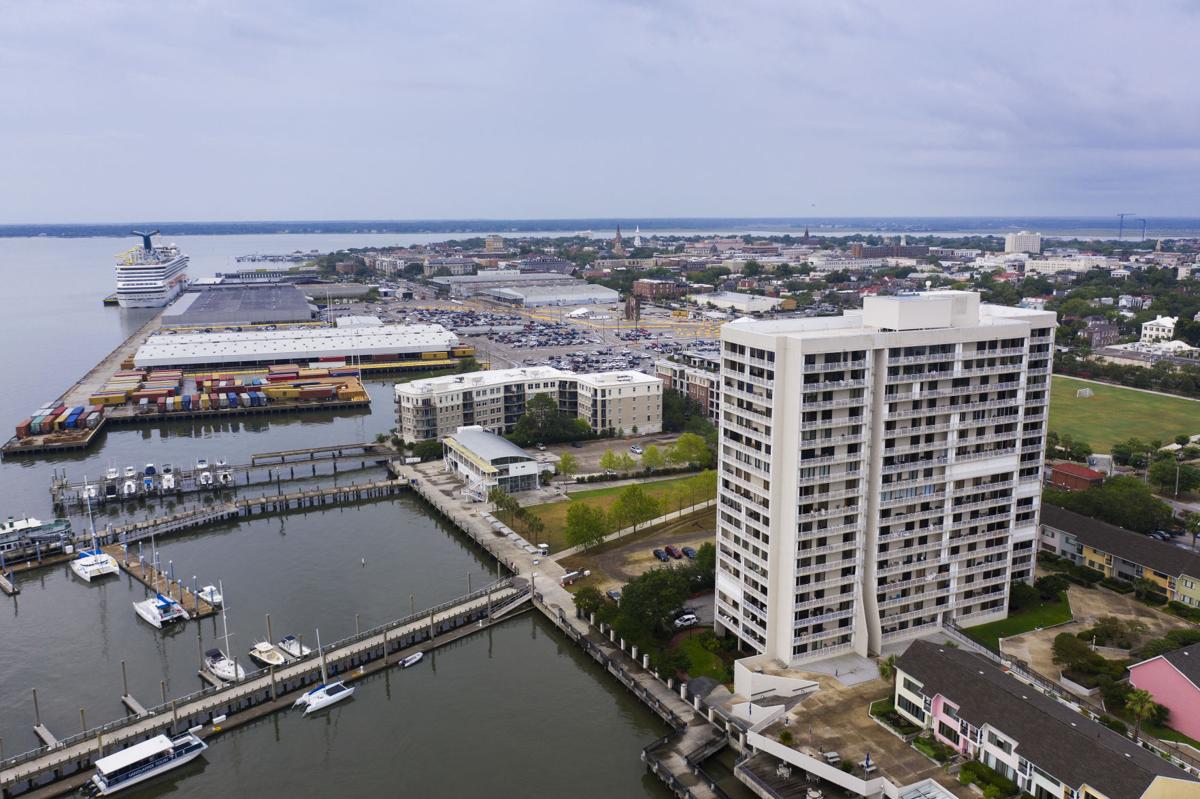 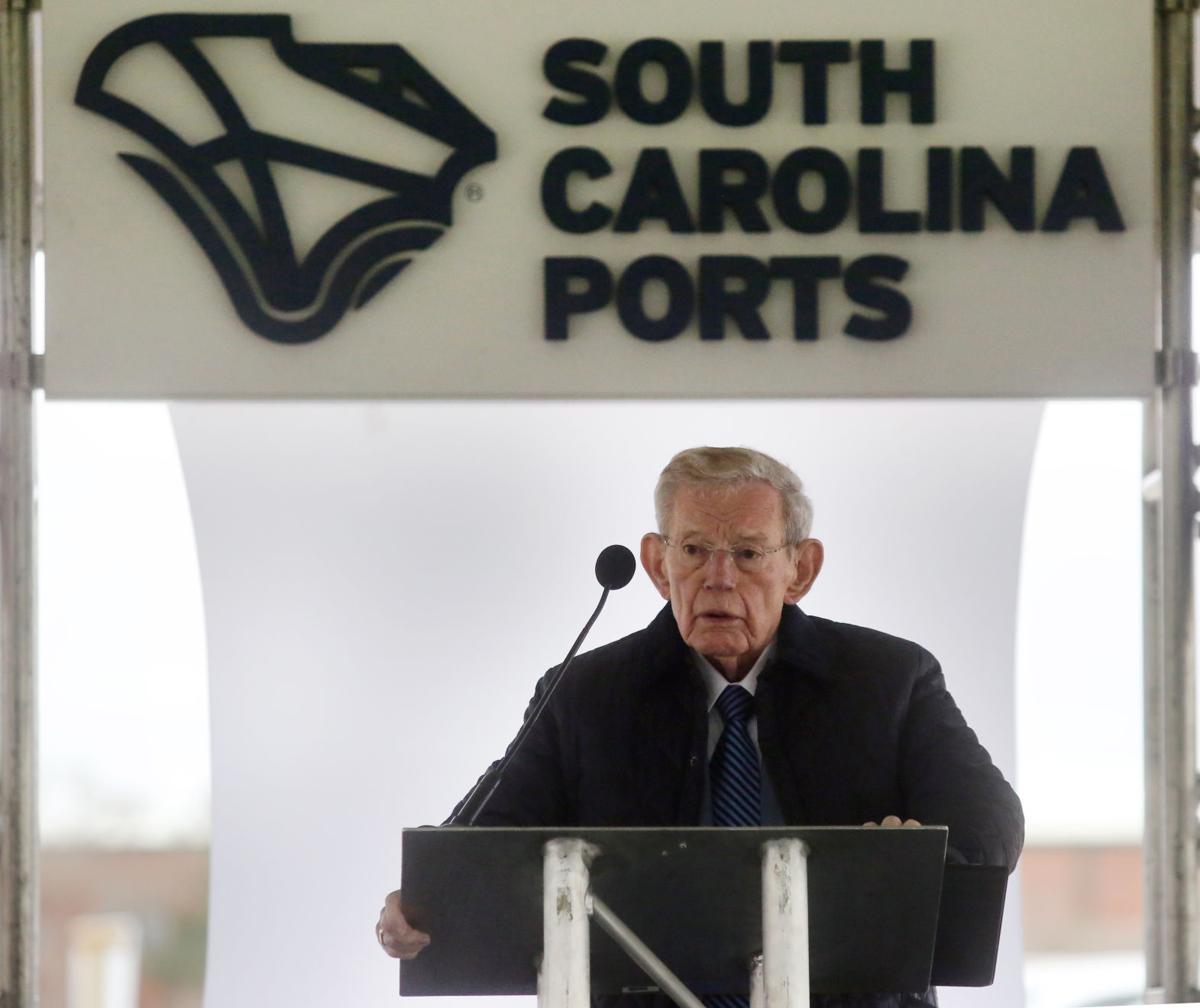 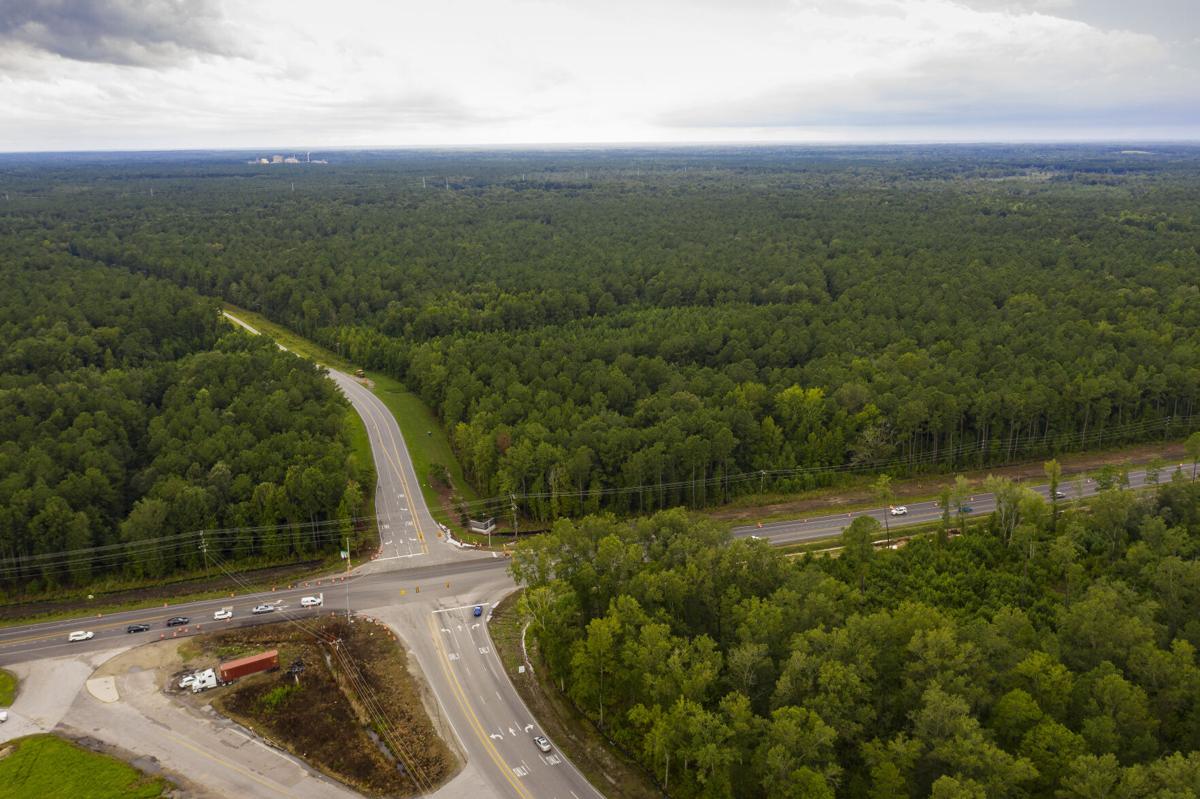 The intersection of Highway 78 and Highway 27 in Ridgeville is near the site where retail giant Walmart plans to build a new distribution center. File/Lauren Petracca/Staff

Attempts to draw parallels between the failed V.C. Summer nuclear plant expansion and a proposed State Ports Authority land deal didn't sit well with a powerful state lawmaker who's the eponym of a new container terminal at the Port of Charleston.

"We're talking about something that has no relevance to what we're discussing this morning," Sen. Hugh Leatherman, a Republican from Florence, said when the $9.2 billion nuclear plant debacle was referenced in the same sentence as the SPA's plan to sell 69 acres of waterfront land at Union Pier Terminal in downtown Charleston.

The discussion took place at last week's meeting of the State Fiscal Accountability Authority, which is supposed to provide financial oversight of the big-ticket projects that Palmetto State agencies undertake.

Richard Eckstrom, South Carolina's comptroller general, told the oversight group that he wants the ports authority to provide regular financial updates as it goes through the process of entitling the Union Pier land for sale. The authority has hired Los Angeles developer Lowe to get the zoning and permits in place to put the property on the market. The maritime agency is expected to pay Lowe between $1.5 million and $1.8 million for that work.

"If only we had had that information for V.C. Summer, I believe we could have avoided some of the excess investment that was made in that project," Eckstrom said, referring to the failed power plant expansion in Jenkinsville — a joint project of electric utilities Santee Cooper and South Carolina Electric and Gas, now Dominion Energy. Ratepayers have been stuck with billions of dollars in debt for two nuclear reactors that were abandoned in mid-2017 and will never be completed.

"Had the state had access to this kind of information on a periodic basis it seems to me it's a safeguard against projects like this — like V.C. Summer — going on and developing along some path other than what we're anticipating," Eckstrom said. "At that point, if the state is sufficiently monitoring, the state can intervene."

Gov. Henry McMaster said he thought the request was reasonable, but Leatherman appeared to take umbrage to the comparison.

"Trying to compare what happened with Santee Cooper at the Jenkinsville plant with what we're discussing here — to me it's absolutely apples and oranges," Leatherman said. The ports authority has named its new container terminal, scheduled to open in March in North Charleston, after the Pee Dee senator.

Leatherman, chairman of the Senate Finance Committee, said requesting financial documents "may indicate to the world that we have concerns" with the Union Pier project.

"I do not have concerns with it," he said.

The ports authority plans to redevelop part of Union Pier with a new cruise ship terminal. It would then sell off the remaining acreage along Charleston Harbor for private development.

Lowe, which owns Wild Dunes Resort on the Isle of Palms, is currently redeveloping the SPA’s former headquarters on Concord Street into the luxury Cooper Hotel. The lodging project and the city-owned Waterfront Park are just south of the Union Pier site.

The Union Pier proposal wasn't the only land deal that drew Eckstrom's scrutiny during last week's meeting. The comptroller general also wanted to know why there was no clawback provision in the SPA's contract to sell 244 acres of land near Ridgeville to Walmart for just $1.

Walmart plans to build a $220 million import distribution center at the site along Interstate 26 to take retail imports from Charleston's port and send them to 850 stores in a roughly 150-mile radius. The center, scheduled to open in 2022 at the authority's Ridgeville Commerce Park, will employ 1,000 workers and boost the port's annual cargo level by about 5 percent.

"We believe that what was done was appropriate given the magnitude and scope of Walmart and the potential to bring business to South Carolina  and their intention to grow their distribution capacity," Newsome said. "We do not see any business risk whatsoever in this transaction."

Leatherman said the Walmart center will likely attract other retailers looking to build distribution hubs for imported goods, much in the same way that Boeing Co. helped the Lowcountry attract new manufacturers when the aerospace giant opened its 787 Dreamliner plant in North Charleston in 2009.

And he warned against putting anything into the Walmart deal, such as a clawback provision, that "could put any negativism on it."