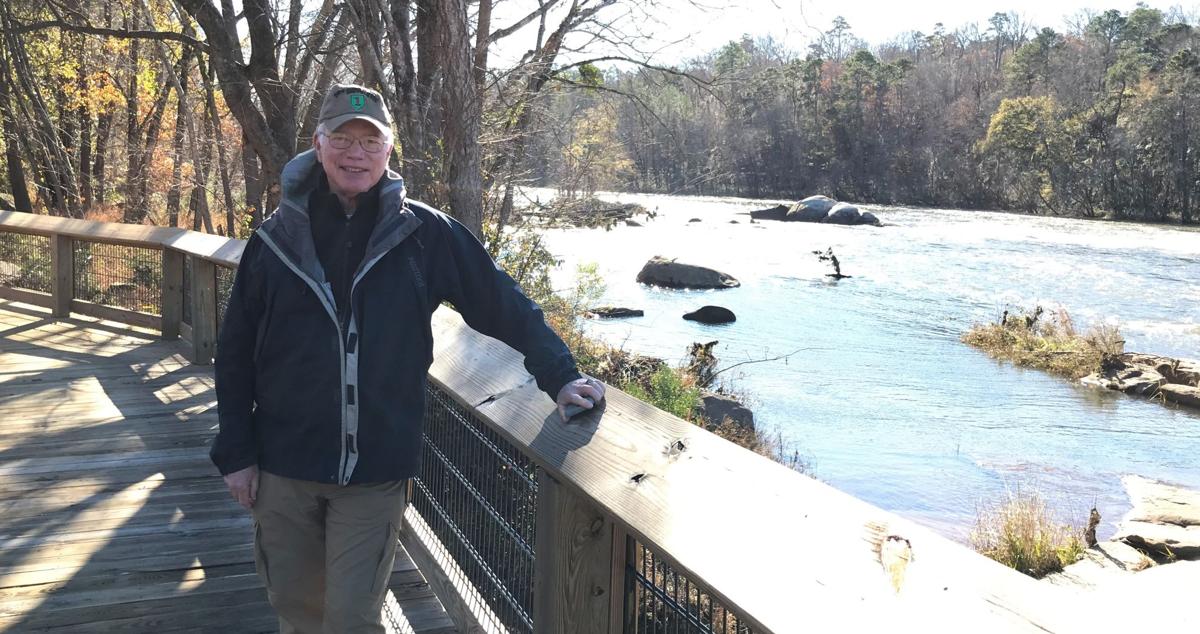 River Alliance CEO Mike Dawson believes crowds will flock to the new section of greeway along the Saluda once it opens. Mike Fitts/Staff 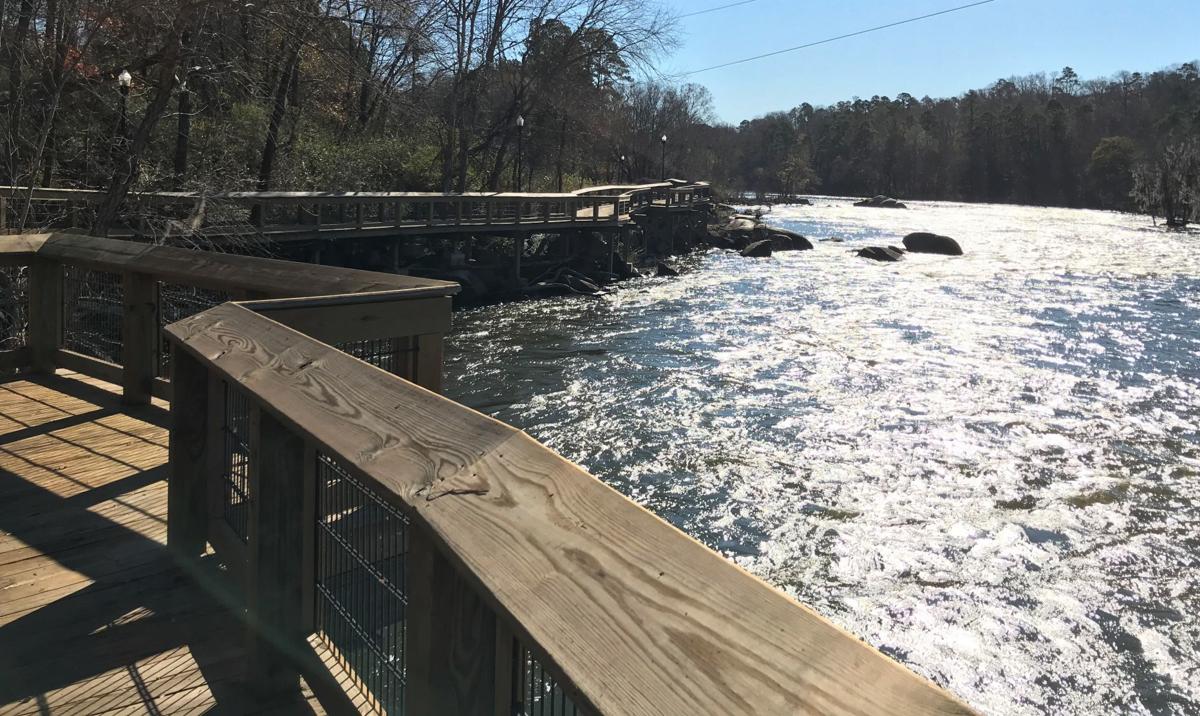 The newly completed section of the Three Rivers Greenway features views of water flowing through the Saluda rapids. Mike Fitts/Staff

River Alliance CEO Mike Dawson believes crowds will flock to the new section of greeway along the Saluda once it opens. Mike Fitts/Staff

The newly completed section of the Three Rivers Greenway features views of water flowing through the Saluda rapids. Mike Fitts/Staff

COLUMBIA — Columbia is about to add a linear 3-mile park offering a paved walk along the rapids and islands of the Saluda River near downtown, a part of the Midlands that previously has been seen only from a boat or floating inner tube.

What the walkway still lacks is a connection to the city's downtown center.

The Saluda Riverwalk winds past the Riverbanks Zoo and Garden and comes to an end, for now, where the Saluda meets the Broad River to create the Congaree River. The project is essentially complete and ready to be turned over to Columbia to manage, with a small parking area for public access near the zoo. No date has been set for a formal opening of the walkway, but it is expected in the first quarter of 2020, according to Kimberly Toney of the Richland County Public Works Department.

Longtime plans, including those put forth when the penny tax was passed in 2012, called for the project to include a bridge across the Broad River, offering a connection to greenways on the Columbia side.

The nonprofit River Alliance has been leading the push for two decades to build a set of walkways along the rivers of the Midlands. Alliance director Mike Dawson said making a connected system has been one of the goals of the longtime project.

The problem is the Richland County Transportation Penny project, which is mired in a dispute with the S.C. Revenue Department over alleged spending irregularities.

Dawson said his group believes about $1 million of the money allocated for phase one should be left over to put toward phase two, but the county's overall greenway funds in the penny program have been depleted as projects have cost more than projected.

That means the county is paring its list of greenways to be finished. So far, completing the bridge hasn't made the cut, based on the list approved at its Dec. 3 meeting. According to the county, it has spent about $9.5 million of the $20.9 million allocated to greenways under the penny sales tax for transportation.

As the first phase is being wrapped up to turn over to the city, Richland County finds itself embroiled in a long legal dispute with the S.C. Department of Revenue, with tens of millions of dollars of spending under penny programs possibly being ruled out of bounds by Revenue. This could force the county to make up those funds from its general funds.

While that issue is up in the air, the county seems unlikely to move ahead on adding any work to its greenway plans, Dawson said. So his organization will be pushing forward for now.

River Alliance will launch the planning and permitting processes for the second phase, which is expected to cost about $3 million, Dawson said. Getting such a bridge built could take nine months of permitting work, Dawson estimates.

For now, the county's paved, wheelchair-accessible walkway ends about 400 feet short of where the nonprofit has built a bridge and access to one of the islands in the middle of the Saluda. Boyd Island, named after the private foundation that donated to the project, offers scenic views of the area and its wildlife, including geese and great blue herons. Not far away, traffic hums across the elevated interstate bridge leading into the city.

The small parkway for access to the Saluda Riverwalk with 40 spaces won't be nearly large enough once people see the beauty of the pathway, and his group is looking to add about 140 spaces nearby. Dawson expects Midlands residents to become advocates for the the bridge connection once they see the beauty of the walkway.

The Midlands always has exceeded expectations for its use of the greenways along the rivers once parks are open.

Columbia's Harbison retail district continues to build on its own success, with many national merchants looking there first for a site in the Midlands.