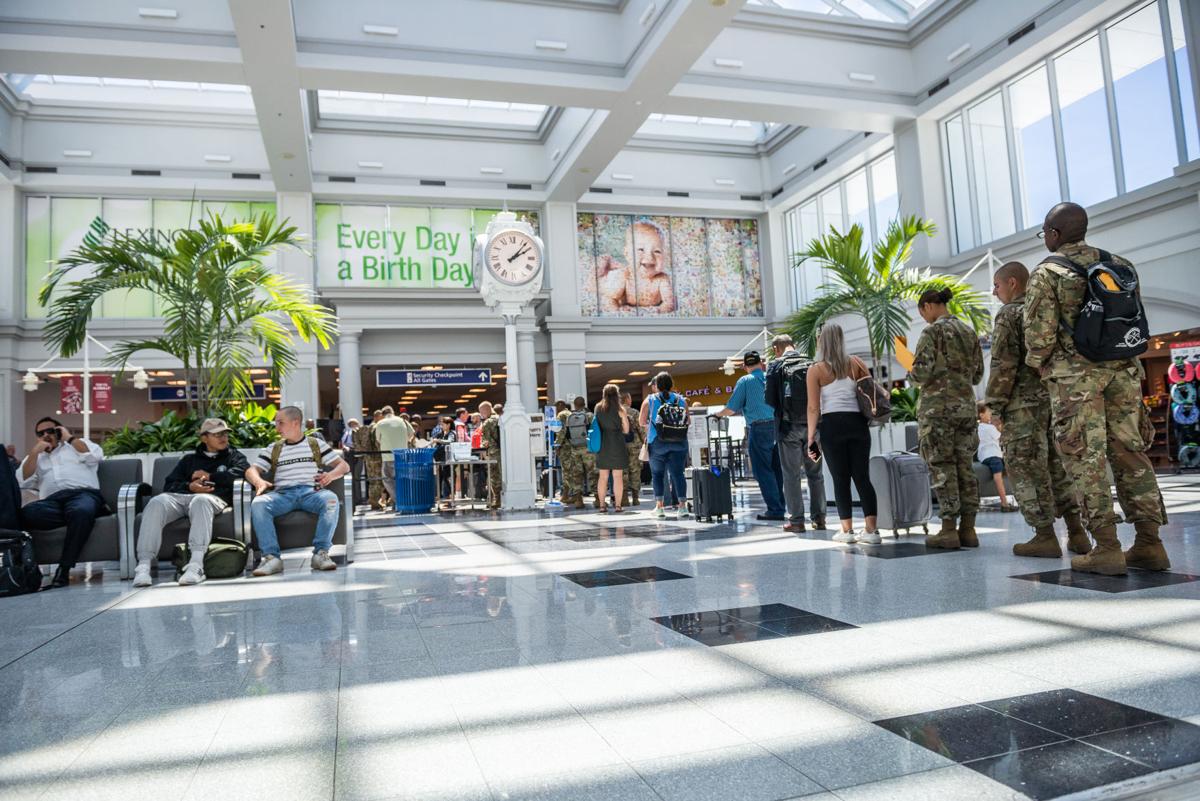 Columbia Metropolitan Airport's passenger count grew 13 percent in 2019 to 1.35 million, the highest since the previous record of 1.46 million was set in 2005. File/John A. Carlos II/Special to The Post and Courier 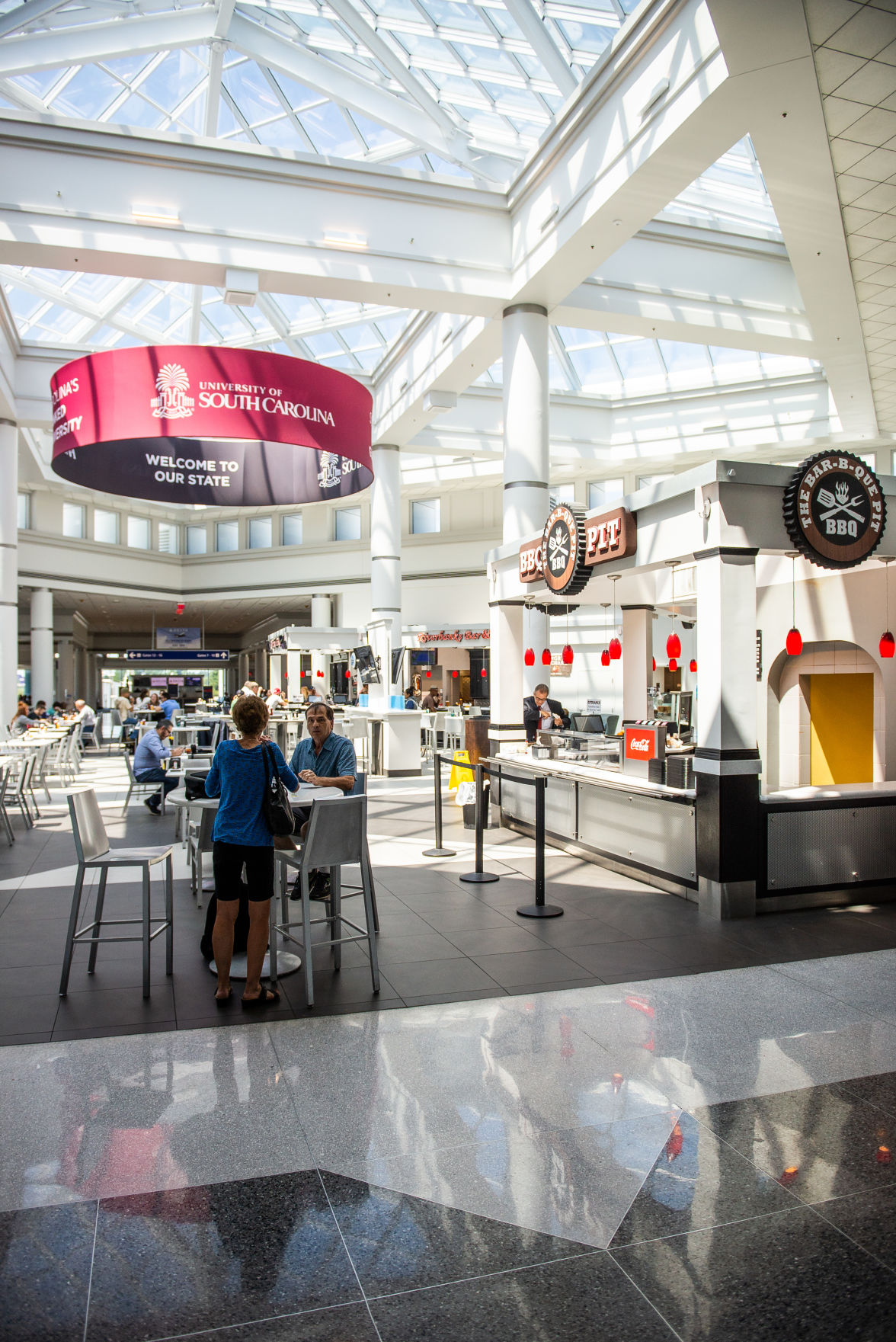 Passengers wait at a food court area in Columbia Metropolitan Airport. File/John A. Carlos II/Special to The Post and Courier 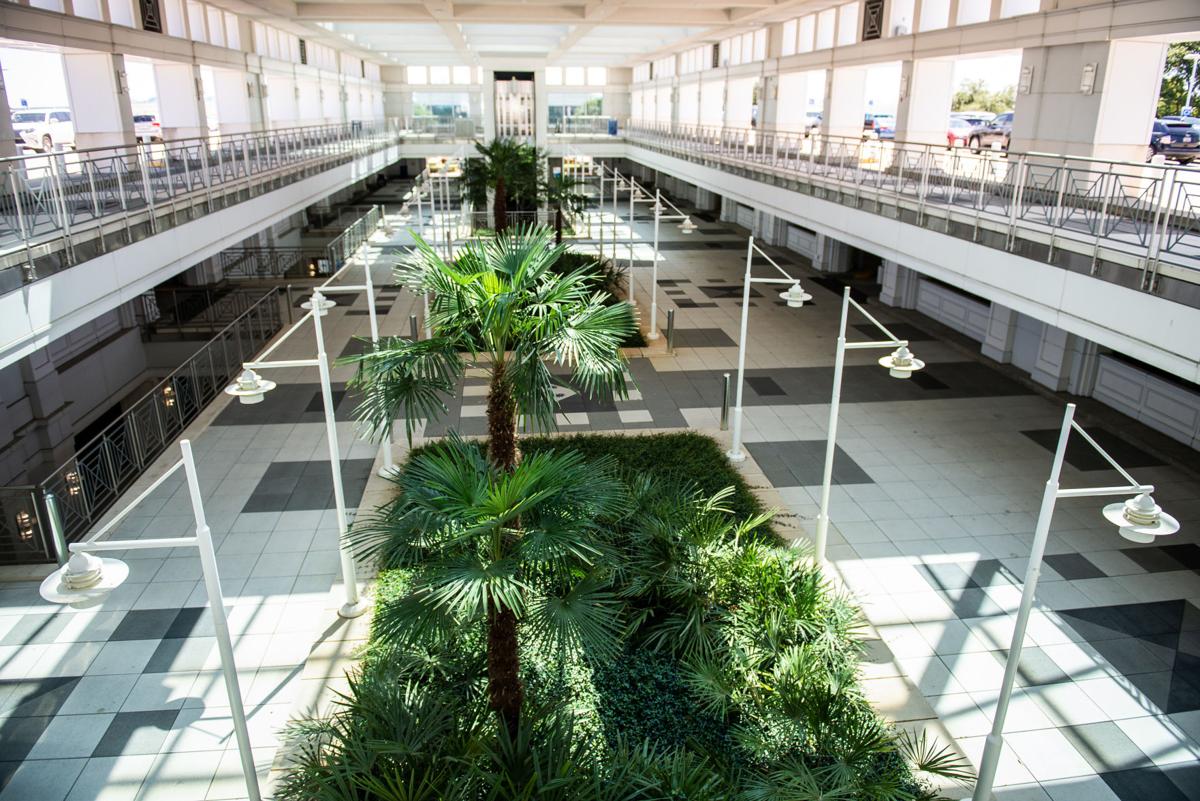 The center concourse of the parking garage at Columbia Metropolitan Airport in West Columbia. File/John A. Carlos II/Special to The Post and Courier 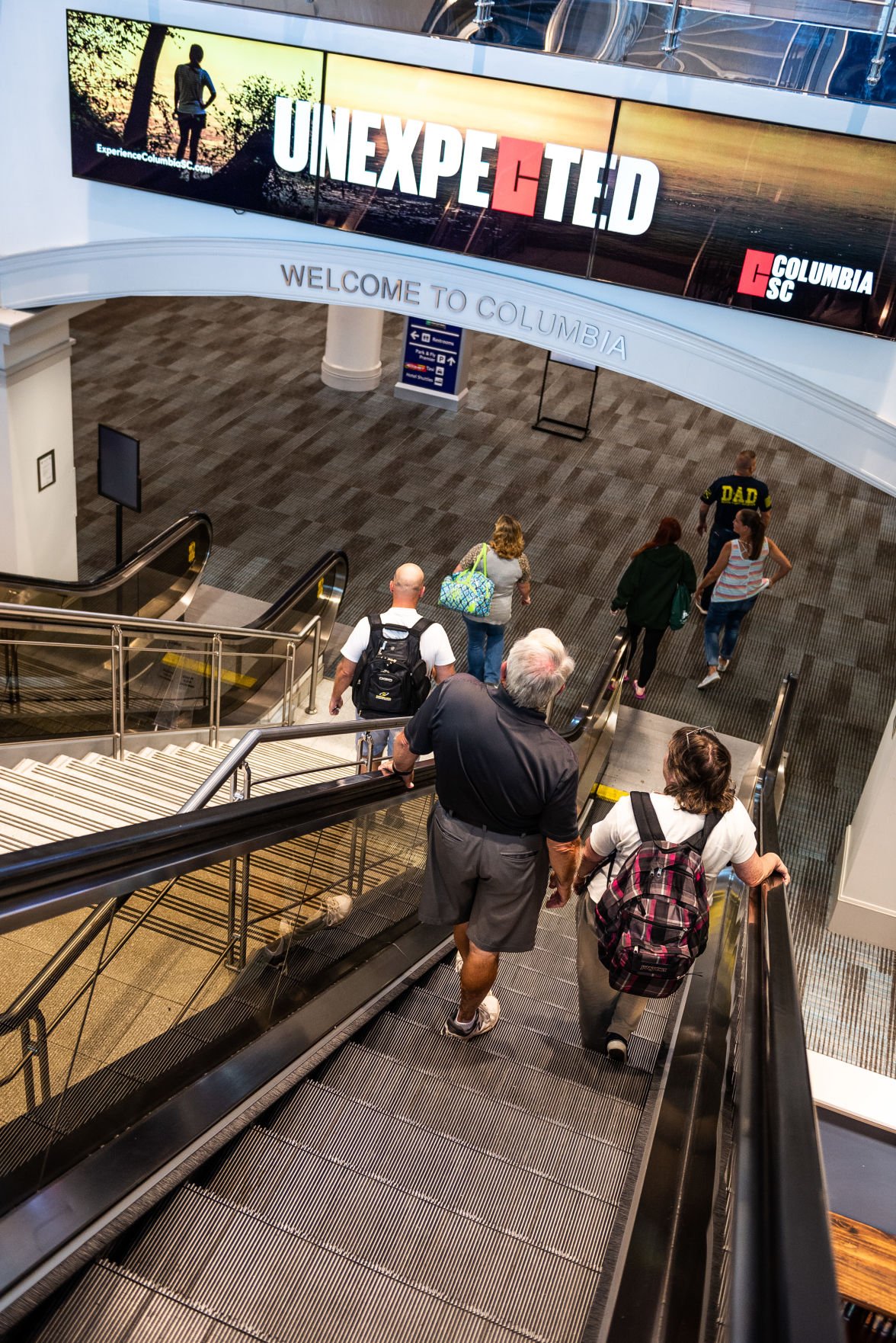 Arriving passengers take the escalator to the baggage-claim area at Columbia Metropolitan Airport. A "Welcome to Columbia" ad greets them overhead. File/John A. Carlos II/Special to The Post and Courier

Columbia Metropolitan Airport isn't the busiest in South Carolina, but it was busier in 2019 than in the previous 13 years and almost set a new passenger record.

The Midlands terminal, fourth largest in the Palmetto State by passenger volume, saw more than 1.35 million travelers arriving and departing last year, a 13 percent jump over 2018.

The new annual passenger count is the highest for Columbia since the previous record of 1.46 million was set in 2005.

The airport in West Columbia, struggling with competition from nearby Charlotte Douglas International and busier terminals in South Carolina that offer more airline choices and routes, attributed the rise in passengers to a number of factors.

“A strong economy, several flight options added during the year on multiple carriers, increased and strategic marketing efforts and the continued support of the Midlands community are some of the factors that we attribute to Columbia Metropolitan Airport having such a strong and successful year,” said Mike Gula, airport executive director.

As part of the marketing campaign, officials pumped more money into promoting the airport. Last year, more than $700,000 went toward advertising Columbia Metropolitan, about $200,000 more than in 2017.

Officials also are upgrading parking by installing a system that provides red and green lights above each parking space to let travelers know if it's available or not.

Also helping to boost the airport's passenger count is nearby Fort Jackson. About 96,000, or 8 percent, or Columbia's passengers are soldiers at the Army's expansive military training base on the city's eastern edge.

Served by three airlines — American, Delta and United — Columbia airport officials have been trying to lure a low-cost carrier to the Midlands market to bring down costs.

"We have been having a number of conversations and meetings and are trying to move that forward," said airport spokeswoman Kim Jamieson. "Hopefully, we will have an announcement later this year."

The last discount airlines to serve the region were Allegiant and Spirit. They left Columbia in 2009 and haven't returned. Charleston, Greenville and Myrtle Beach are all served by lower-cost air providers.

Columbia's three airlines offer about 36 daily nonstop flights to eight cities and nine airports in the U.S. United is considering reinstating a route to Houston in March. American launched a daily flight to Miami in December.

Jamieson sees the airport's continuously growing passenger counts as a strong sign that the airport could set a new record in 2020.

Working in Columbia's favor for the new year are a couple of recent national reports on low housing costs and more new businesses, both of which tend to lead to more air travelers as the population increases.

In December, realtor.com ranked the Midlands market as one of the top 10 hot housing markets in 2020. Charleston made the list, too.

Columbia's housing costs are lower than those in other parts of the state, including Charleston, and the report stated people are seeking lower-cost alternatives to the pricier big cities across the U.S., where home prices have escalated beyond reach for many Americans.

A separate report from business website Inc. put Columbia at No. 42 on the 2020 Surge Cities list for startup companies. Charleston ranked No. 7.

Playing against Columbia is the cost to fly from the Capital City.

The average airfare at Columbia Metropolitan for the April through June quarter of 2019, the latest figures available from the federal Bureau of Transportation Statistics, came in at about $473, the priciest of the four largest terminals in South Carolina and higher than nearby Charlotte.

Myrtle Beach, with its fleet of seasonal low-cost carriers ferrying tourists to its sandy beaches and golf venues, offered the lowest fares at $259 during the period while Charleston showed the cost at $361 and Greenville-Spartanburg offered average fares of about $408.

The average fare from Charlotte was $425 during the second quarter.

While Columbia's passenger numbers are increasing, Charleston remains the state's busiest terminal. It's expected to report about 4.8 million passengers when figures for 2019 are released later this month, up from 4.47 million in 2018.

Charleston, the state's largest city, has continuously set records year after year with its surge in international businesses, tourists and the general population. For perspective on its growth, Charleston saw about 2 million ticket holders in 2010, when Columbia reported 1 million.