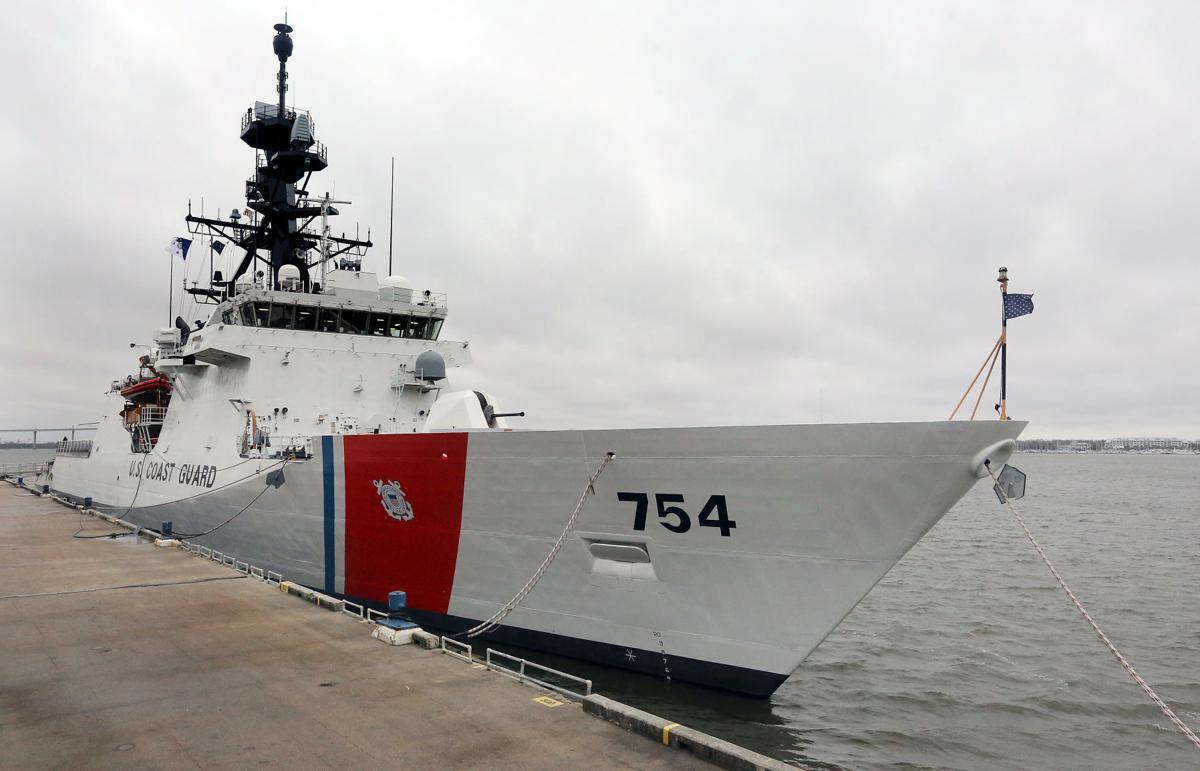 The Coast Guard plans to house up to five national security cutters, like the Legend-class National Security Cutter James, along with additional vessels, as part of an expansion of the military branch's presence in Charleston. File/Brad Nettles/Staff 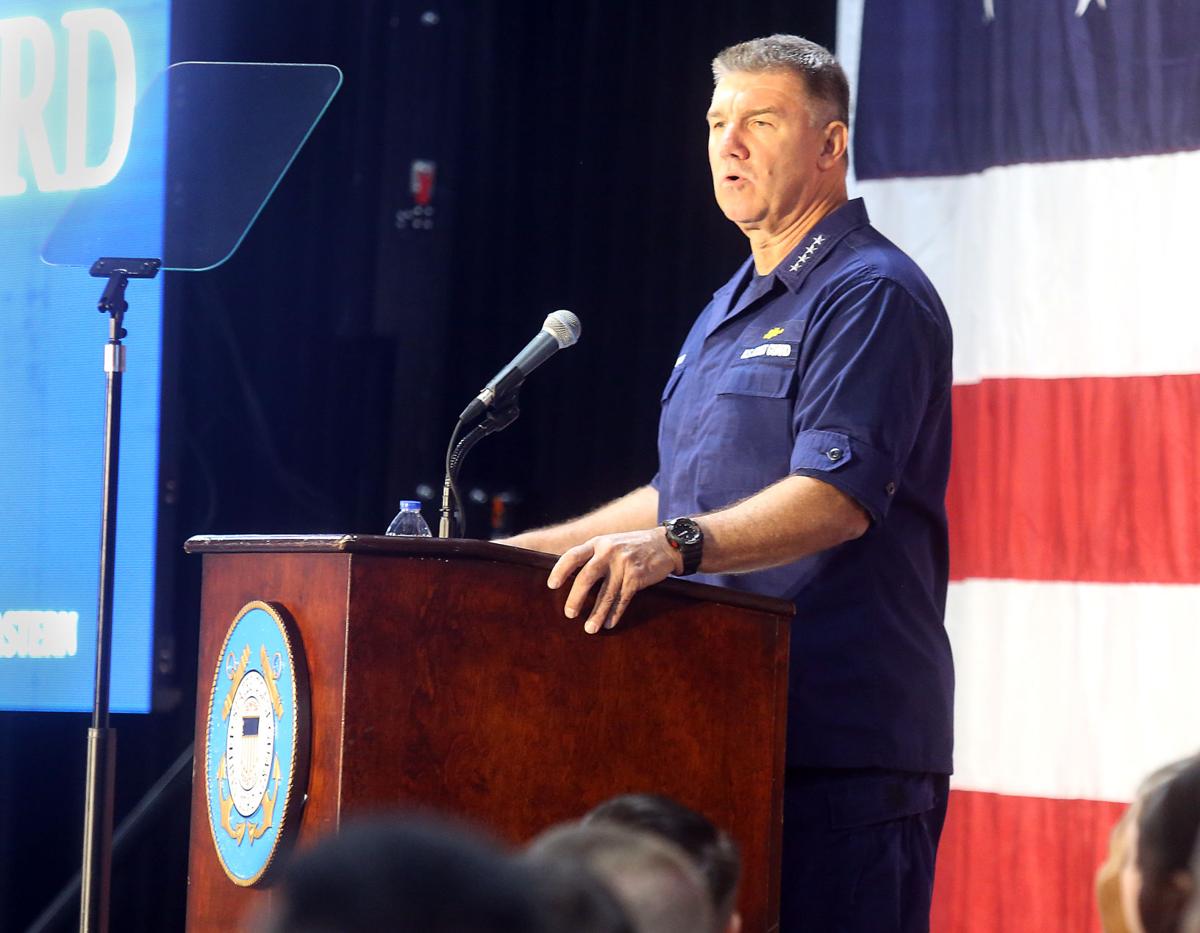 The Coast Guard's top officer, Adm. Karl Schultz, announced earlier this year that Charleston will house up to five national security cutters and additional vessels, substantially growing the size and scope of the branch's presence in Charleston. File/Brad Nettles/Staff

A land swap that will give the Coast Guard part of Veterans Terminal along the Cooper River in North Charleston will let the military branch significantly increase the size and scope of its Lowcountry operations.

The State Ports Authority said Monday it will sell 76.5 acres — or roughly 70 percent of the property — to the Coast Guard for $4.54 million and about 89 acres of adjacent publicly owned land. The government also will pay $1.6 million for a three-year easement on 38 acres of the swapped land where the Federal Law Enforcement Training Center now operates a driver-training course. A separate one-year easement will allow the federal government access to a communications tower on the site.

After the easement agreements ends, the SPA plans to build a yard to store truck chassis for the nearby Leatherman Terminal that's scheduled to open in March on the former Navy base in North Charleston. In the meantime, the SPA's board approved spending nearly $7.3 million to build a temporary chassis yard with more than 500 spaces at the Leatherman site.

The additional property gives the Coast Guard room for the major expansion it announced in February, including two piers for additional vessels. The military branch plans to homeport five national security cutters and a group of offshore patrol cutters at the site.

Over the next five years, the branch also plans to consolidate its offices and various properties that stretch from downtown to the old Navy base. The plans also call for closing the historic Charleston Coast Guard Station on Tradd Street near Murray Boulevard. That campus was first commissioned in 1914, and the structures on the property date to the 1850s.

Jim Newsome, the SPA's president and CEO, said negotiations with the Coast Guard have taken place over the past couple of years.

"It's a great thing for the community that they're going to be here," Newsome said. "Having that enhanced presence is really positive for Charleston."

A Coast Guard spokesman could not immediately be reached for comment Monday. Adm. Karl Schulz told The Post and Courier in February that the expansion "gives Charleston the potential to grow into the largest concentration of assets and people in the Coast Guard."

"A community like Charleston understands just how important our defense contributions are to the nation," Schulz said. "And for generations, the people of this great port city have also appreciated the importance of maritime commerce to our nation.”

The land deal with the SPA still needs approval from the State Fiscal Accountability Authority, which is expected to discuss the proposal at its Dec. 8 meeting.

The maritime agency received Veterans Terminal as part of the Navy base closure in 1996, and the little-used site has handled so-called bulk cargo that isn't shipped in containers. Last year, the terminal was used to store 14,000 bushels of oysters used in a reef restoration project by The Citadel and the city of Charleston.

"In the last couple of years we pretty much decided that Veterans would be a support type operation for whatever we needed at Leatherman," Newsome said. "We really don't have a lot of long-term use for Veterans Terminal. It just doesn't fit in the way we see our business developing today. We're not really in the bulk-cargo business."

The Palmetto State has eight major military bases. At least one in 12 jobs in the state can be tied back to the Department of Defense, and South Carolina boasts the ninth-largest military retiree population in the nation. In addition to the Coast Guard, the Charleston area is home to a Naval Weapons Station and Joint Base Charleston.

Thomas Novelly of The Post and Courier contributed to this report. Reach David Wren at 843-937-5550 or on Twitter at @David_Wren_