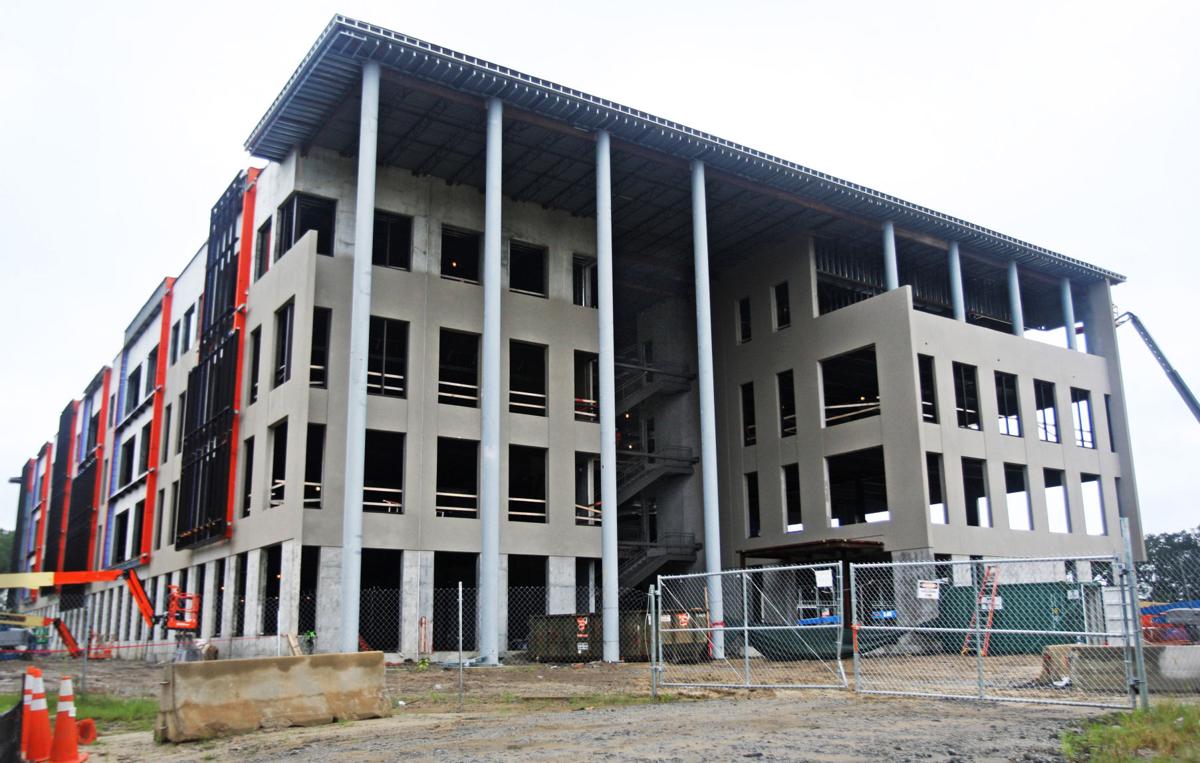 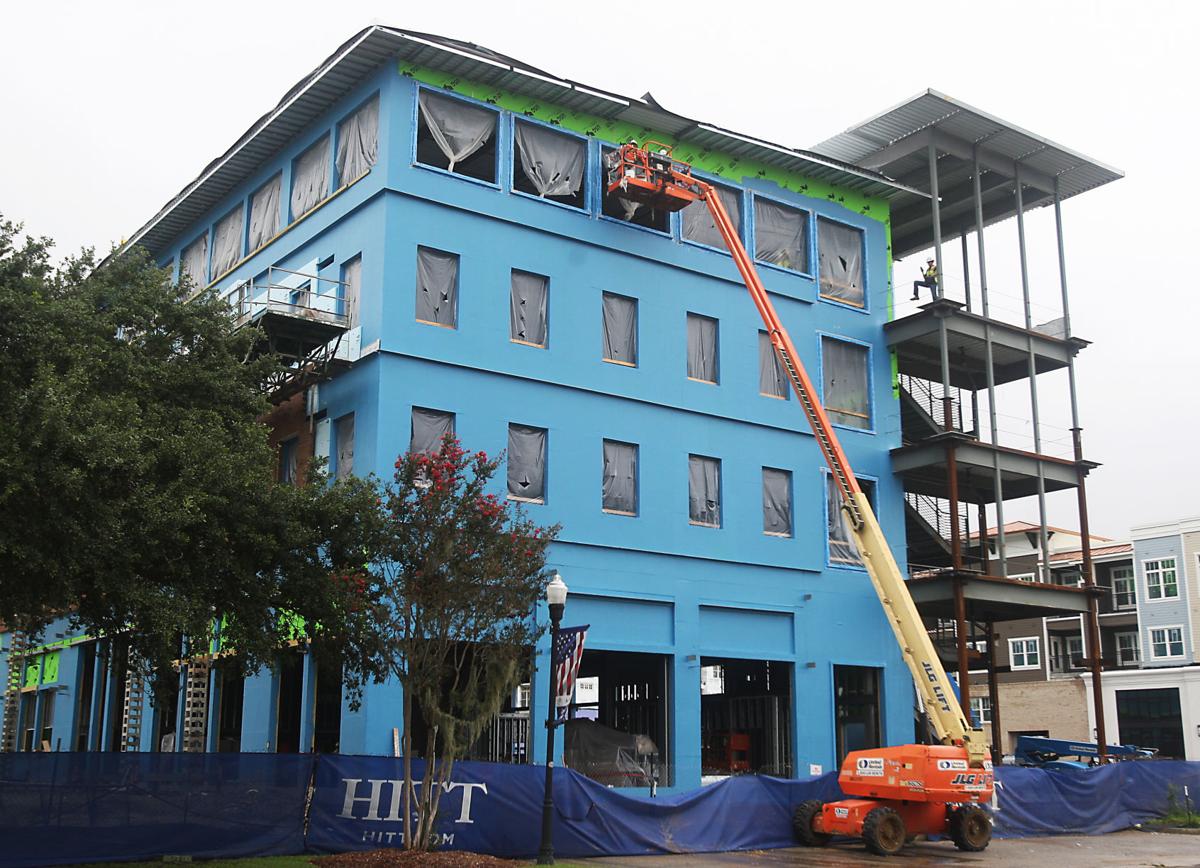 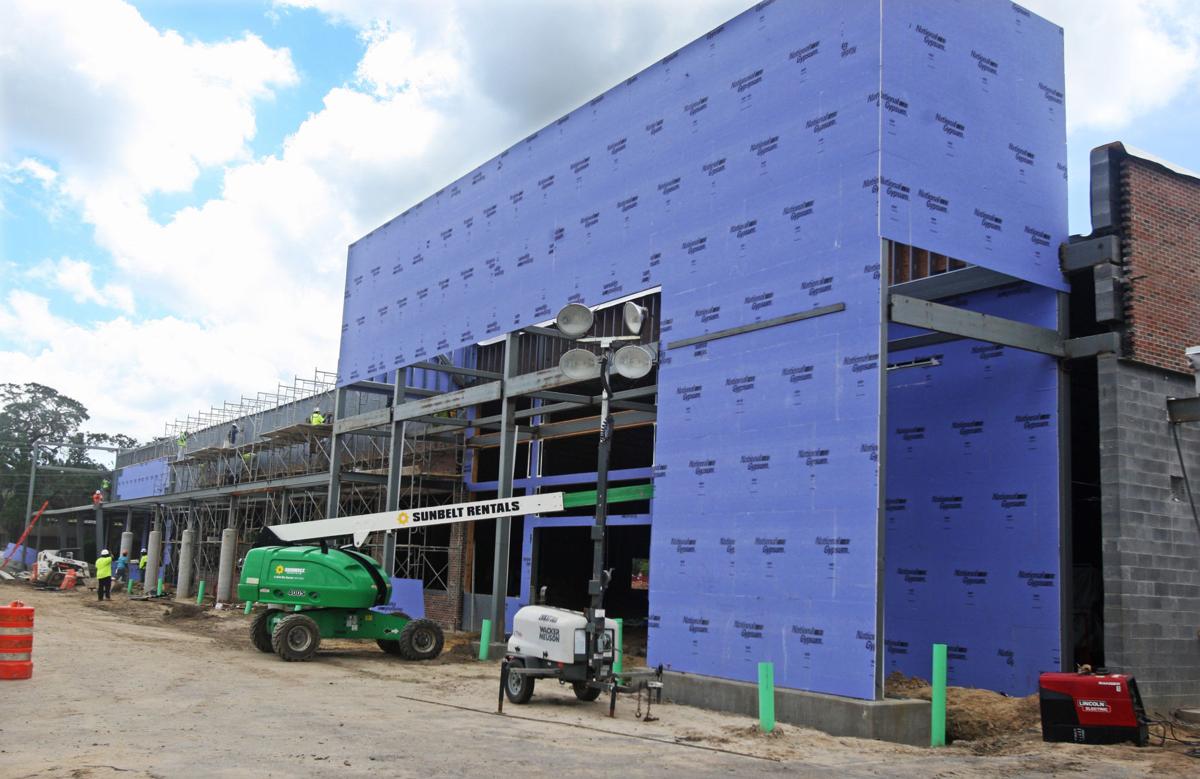 Construction on the new Whole Foods Market in West Ashley continues. An opening date has not been set, but the upscale grocer could open by year's end beside Doscher's IGA on Savannah Highway. Leroy Burnell/Staff 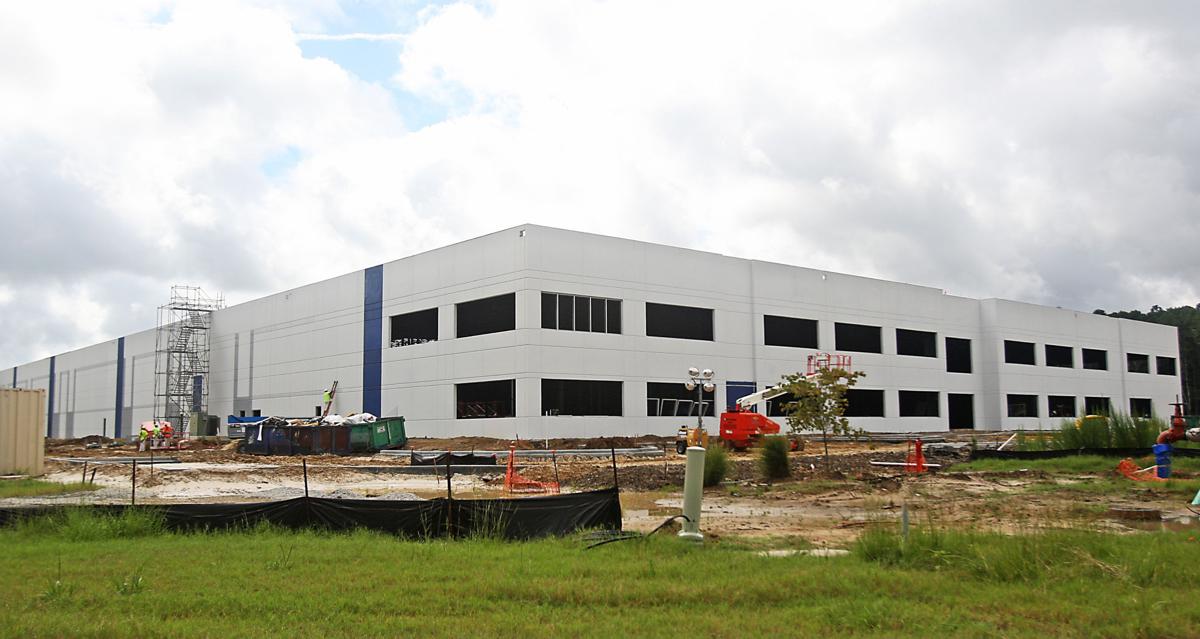 Work continues on the 270,000-square-foot Thorne Research headquarters building being built in Omni Industrial Campus along Interstate 26 in Berkeley County. It's set to open next year. Leroy Burnell/Staff 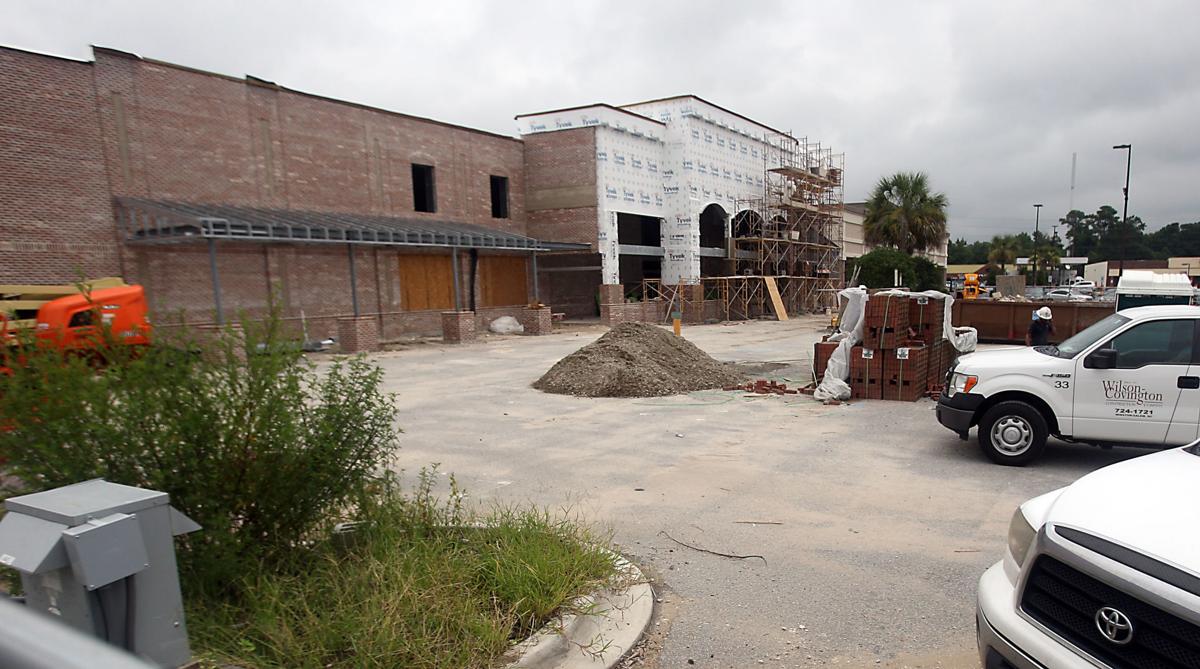 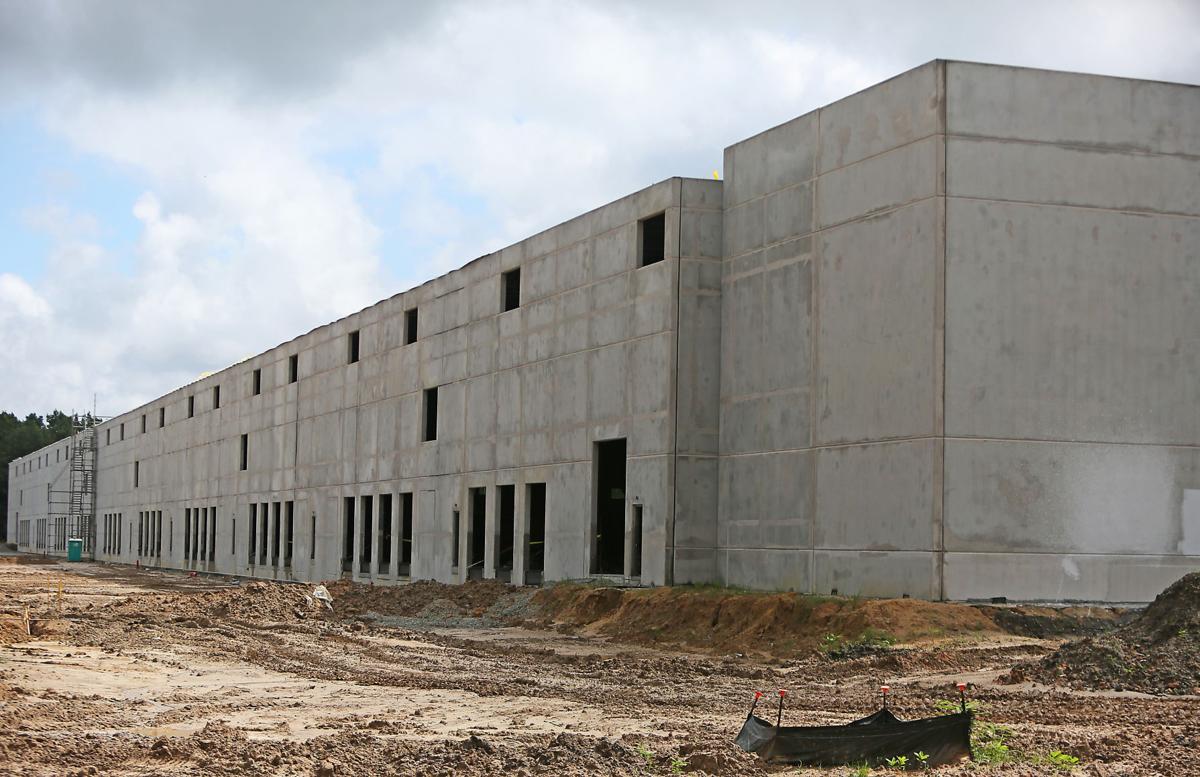 A 600,000-square-foot speculative industrial building is rising in Omni Industrial Campus beside Interstate 26 in Berkeley County near Jedburg. Leroy Burnell/Staff. 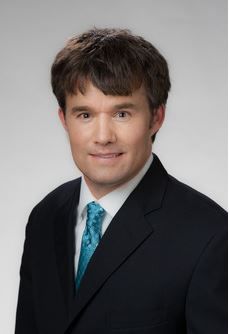 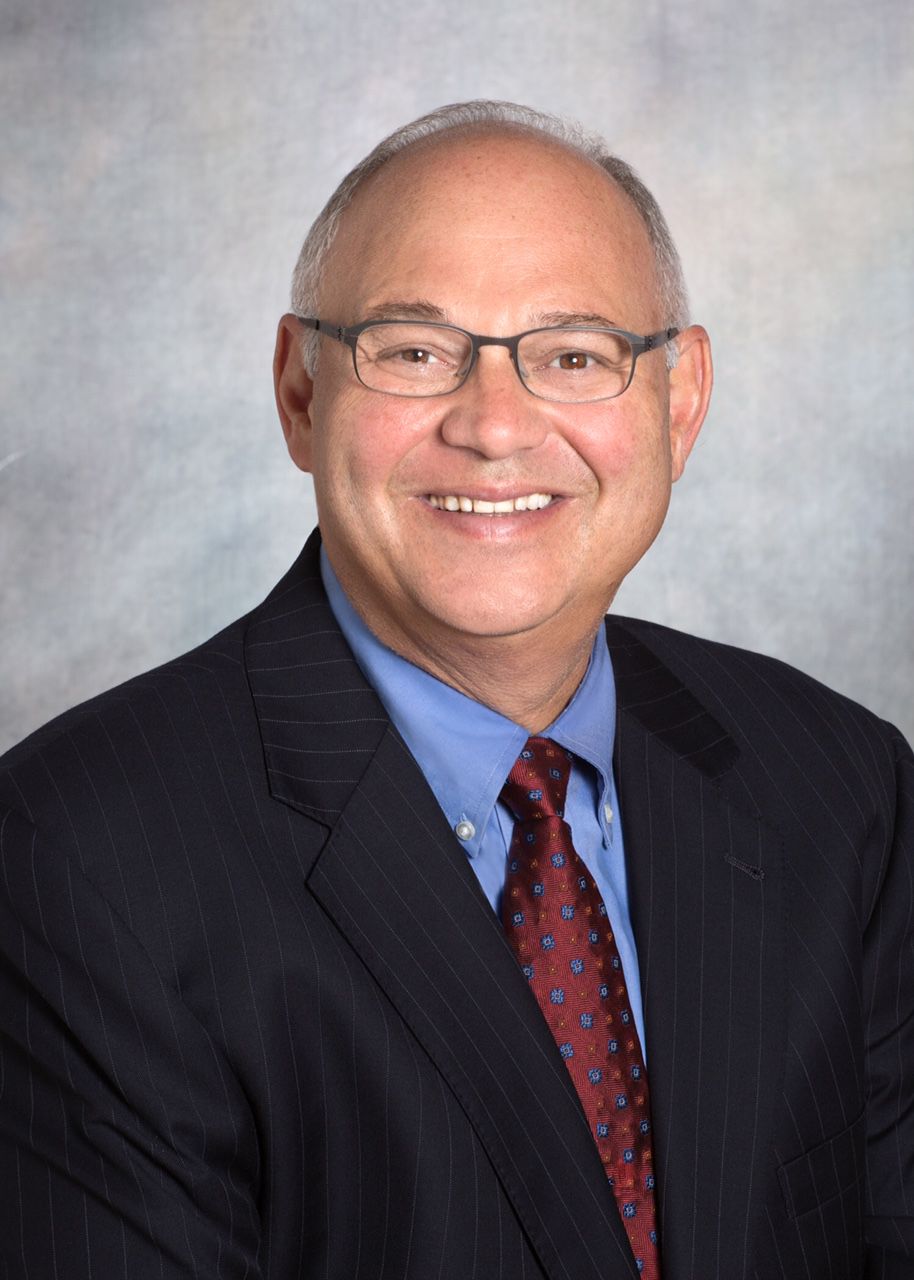 Construction cranes dot the skyline. The stock market is on a tear. And the economy is on more solid footing after the long slog from the last recession.

In South Carolina, the commercial real estate sectors — retail, office and industrial — are humming along, in some markets better than others. But overall vacancy rates are down, and new space for business of all stripes is being added in most areas.

Supermarkets are going up in the Columbia suburbs, dialysis clinics are being developed in Myrtle Beach and the automotive and aerospace industries continue to fuel Charleston's explosive industrial growth.

In the Lowcountry, the vacancy rates for all commercial sectors are below 10 percent, generally considered a healthy market. The region leads the state in jobs, posting a 3.8 percent unemployment rate in August, the lowest in the Palmetto State.

The Upstate, with BMW as the anchor and a growing industrial base, also registers healthy figures, except one report puts its office vacancy rate at 16 percent. Both retail and industrial square footage available space come in below 10 percent on separate reports, a sign of strength and the likely need for new product.

Columbia registers strong retail development, but its industrial and office vacancy rates come in above 10 percent. While still healthy, the region is the weakest market among the state's major metro areas.

At the same time, prices haven't gone through the roof in most markets.

"We haven't seen property values skyrocket because we haven't seen as much foreign capital come into the state to overheat the market," he said.

Vitner called the Port of Charleston's influence on industry the one consistent factor throughout the state.

He noted that the rail-served inland port being built in the Pee Dee region, when completed next spring, will add a boost to the Dillon area and should duplicate the success of a similar cargo hub near Greer in the Upstate.

The overall office market has seen little activity, he said, but there's lots of interest in buying property in the larger metro areas. Demand for medical office space in the Charleston market remains strong.

The slowest part of the commercial real estate market is retail, but Vitner said, on the whole, South Carolina is "doing very well."

"Even Myrtle Beach, the most problematic retail market, has seen steady improvement over the past several years," he said. "They don't have an overabundance, but it's stronger today than before the housing collapse."

In the Midlands, the main driver of the economy is government.

"As a result, you never have great growth or poor recessive growth," said John Orr of commercial real estate firm Colliers International, which has offices in Charleston, Columbia and Greenville.

As for Myrtle Beach, Orr said the market has some retail but not much office or industrial base.

The arc of sandy beaches on South Carolina's northeast coast known as the Grand Strand attracts about 17 million people a year during the peak summer tourism season. But those figures fall dramatically as temperatures cool. The population within the area from Georgetown County and Brunswick County, N.C., dwindles to about half a million people.

"There is more office space in downtown Charleston than in all of Myrtle Beach," Orr said.

Charleston is booming, not only because of surges in the automotive and aerospace industries, but also because of its port, he said. The harbor-deepening effort, bigger cargo ships and BMW's growing export business from its Upstate plant continue to help boost the Lowcountry economy.

"Jobs are growing in the Columbia area, but relative to Charleston and Greenville, it's a slower pace," Orr said.

In Columbia, the story isn't so much about office and industrial space as it is about new retail.

The addition of 6,000 beds in the downtown area, mainly because of the growth of the University of South Carolina, has led to new restaurants, shops and a bowling alley, according to Todd Avant, CEO of commercial real estate firm NAI Avant.

"The impact on retail and restaurants to cater to the needs of those people is evident," Avant said. "The vibrancy in the past few months has been amazing."

In the suburbs of the Midlands, "the vast majority of activity has been on the grocery front," according to Avant.

As for the Midland's office market, Avant called it tight and expects leasing rates to continue to rise.

"We really don't have a pipeline of new product coming online," he said. "When you look at speculative development and interest rates going up, I really don't expect new office space being built in the foreseeable future."

On industrial space, he called the Midlands region "steady."

The region's economy is built on state government, Fort Jackson, USC and the medical sector, he said.

"We don't have the peaks and valleys like Charleston and Greenville," Avant said.

Orr of Colliers International believes there will be continued but smaller expansion of the state's industrial base. The cost of land is a big factor in the Lowcountry.

The suburbs in Berkeley and Dorchester counties have available acreage, and that's where a lot of the new growth is headed, especially along Interstate 26.

New industries are popping up along the highway corridor and large speculative warehouse development is adding to industrial space. Volvo's new automotive assembly plant is rising farther west on I-26 north of Ridgeville, where a new interchange will be built.

The retail transformation will continue as people change buying habits and shop online more, but Orr believes new construction will continue for select products and services such as shoes, apparel and restaurants.

As for new office space in the Lowcountry, it's mostly being added outside of the Interstate 526 corridor.

"Most everything close in has been developed or is wetlands or otherwise spoken for," Orr said.

As for retail, he said the market will continue to tighten.

As for Charleston, he said, "The biggest challenge there is the infrastructure and the traffic."

For the state overall, Vitner of Wells Fargo said supply and demand for commercial real estate remains in balance and the trend bodes well for the near future.

"The next year should be another good year for South Carolina," Vitner said.