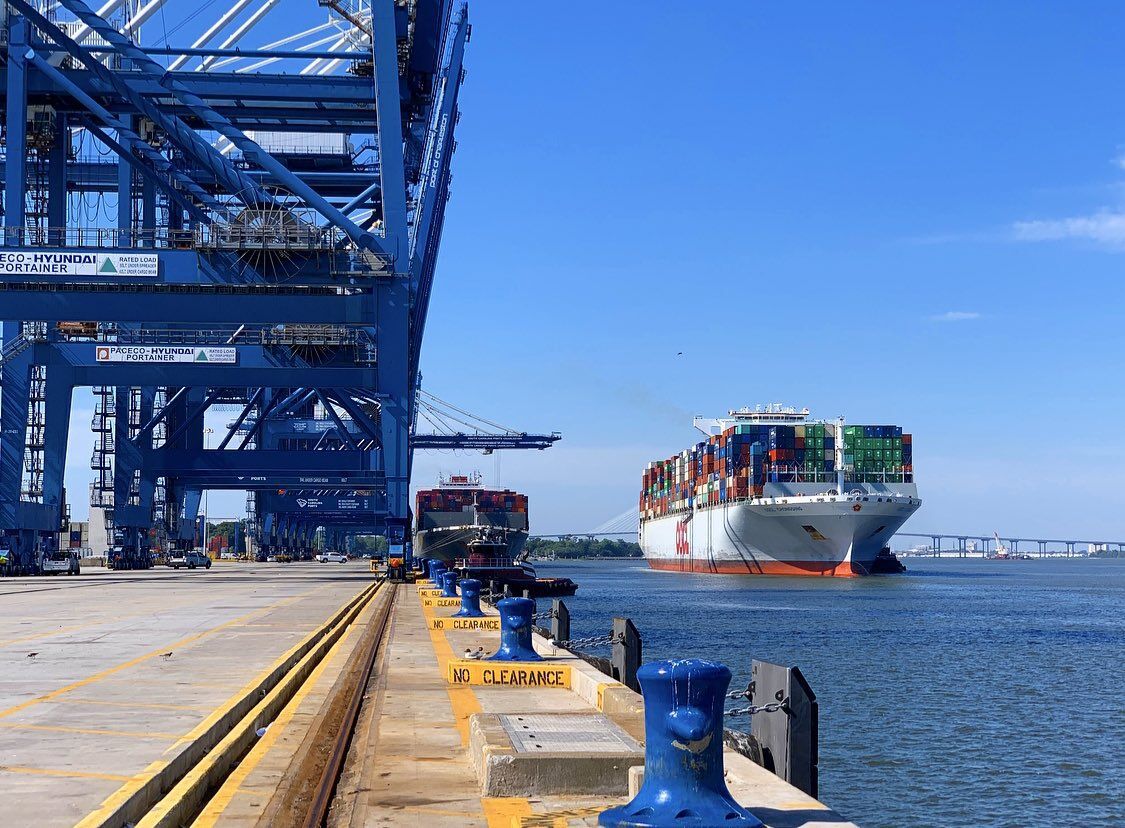 A Lunar New Year decoration is on display at Beijing Capital International Airport. Typically, many Chinese factories shut down for the holiday. Some will skip the two-week break this year amid a backlog of orders from the U.S. Andy Wong/AP

Some factories in China plan to operate through the Lunar New Year holiday that starts Friday to meet a U.S. demand for consumer goods that's expected to set cargo records throughout the summer, including at the Port of Charleston.

The U.S. economy's rebound from the coronavirus pandemic is overwhelming overseas factories and container shipping lines, according to a new report by the National Retail Federation and Hackett Associates. Chinese manufacturers usually take a two-week break during the New Year holiday, but many are taking the unusual step of staying open to catch up on back orders.

"In about a 40-year career in shipping, I've never seen that," said Jim Newsome, president and CEO of the State Ports Authority.

The sharp rise in Chinese exports to the U.S. — up nearly 35 percent during the second half of 2020 — has created logjams at some ports on the West Coast, where more than two dozen container ships are regularly anchored offshore waiting to unload their cargo. Those slowdowns haven't affected the Port of Charleston, where loaded import containers were up 5.3 percent in January.

"Regardless of whether it’s in-store or on retailers’ websites, the record holiday season and numbers for 2020 show consumers are buying again and have been for a while," said Jonathan Gold, the National Retail Federation's vice president for supply chain and customs policy. "This surge has been going on for months, and retailers are importing merchandise faster than ever."

Ben Hackett, founder of trade consulting group Hackett Associates, said the movement of containerized goods from Asia to the U.S. has "become dramatic."

"It is impressive that the cargo volumes handled by the ports remain as high as they are despite congestion at the docks and the spread of the coronavirus among workers throughout the supply chain," he said.

The nation's 12 largest ports, including Charleston, handled a combined 2.11 million imported 20-foot shipping containers in December, the latest month for which final numbers are available. That was up 22.3 percent from a year earlier. The full-year total of 22 million imported containers set a record, braking the mark of 21.8 million containers set in 2018.

Nationally, the January totals are expected to be the strongest since the National Retail Federation started keeping track of the numbers in 2002.

The Port of Charleston handled 216,265 imports and exports in January — a 2.5 percent increase over last year. The port last month also exported 10,340 finished vehicles, primarily BMWs built at the German automaker's Spartanburg County plant. Combined cargo at the inland ports in Greer and Dillon was up 10 percent year-over-year.