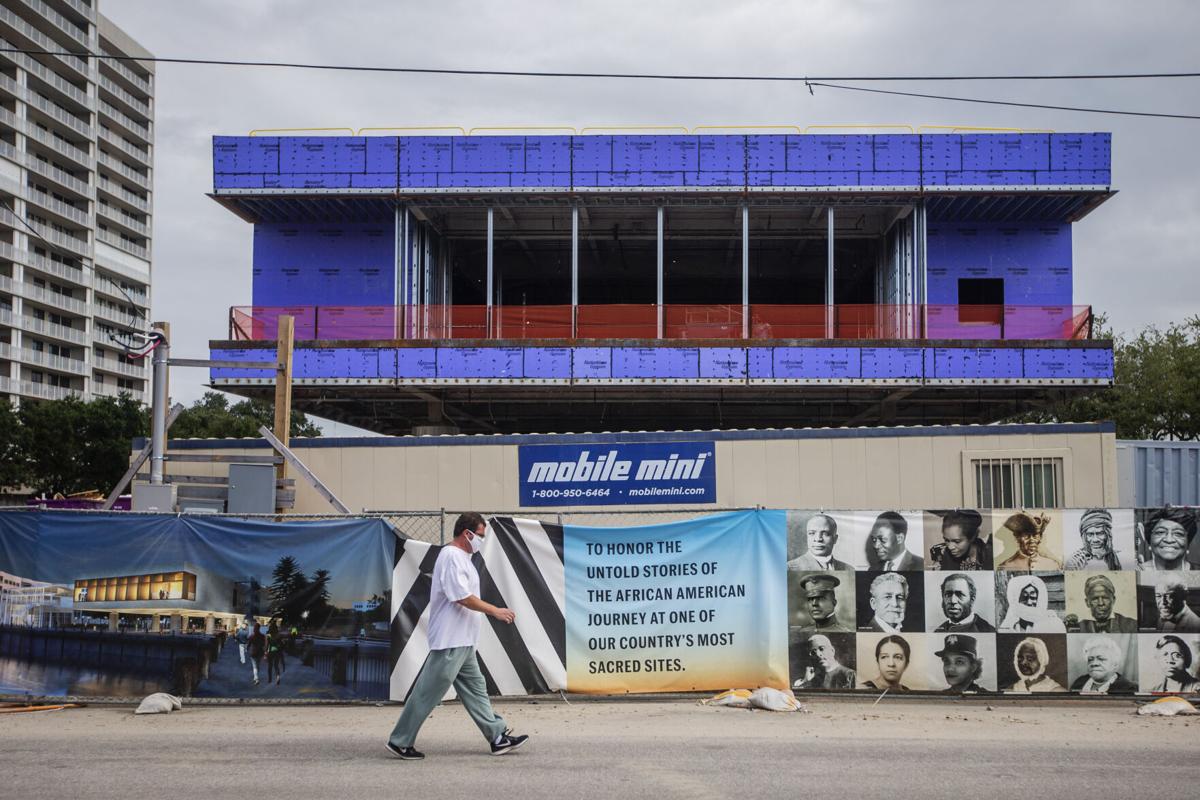 The International African American Museum will feature indoor exhibitions and a Center for Family History as well as outdoor memorial gardens. File/Gavin McIntyre/Staff 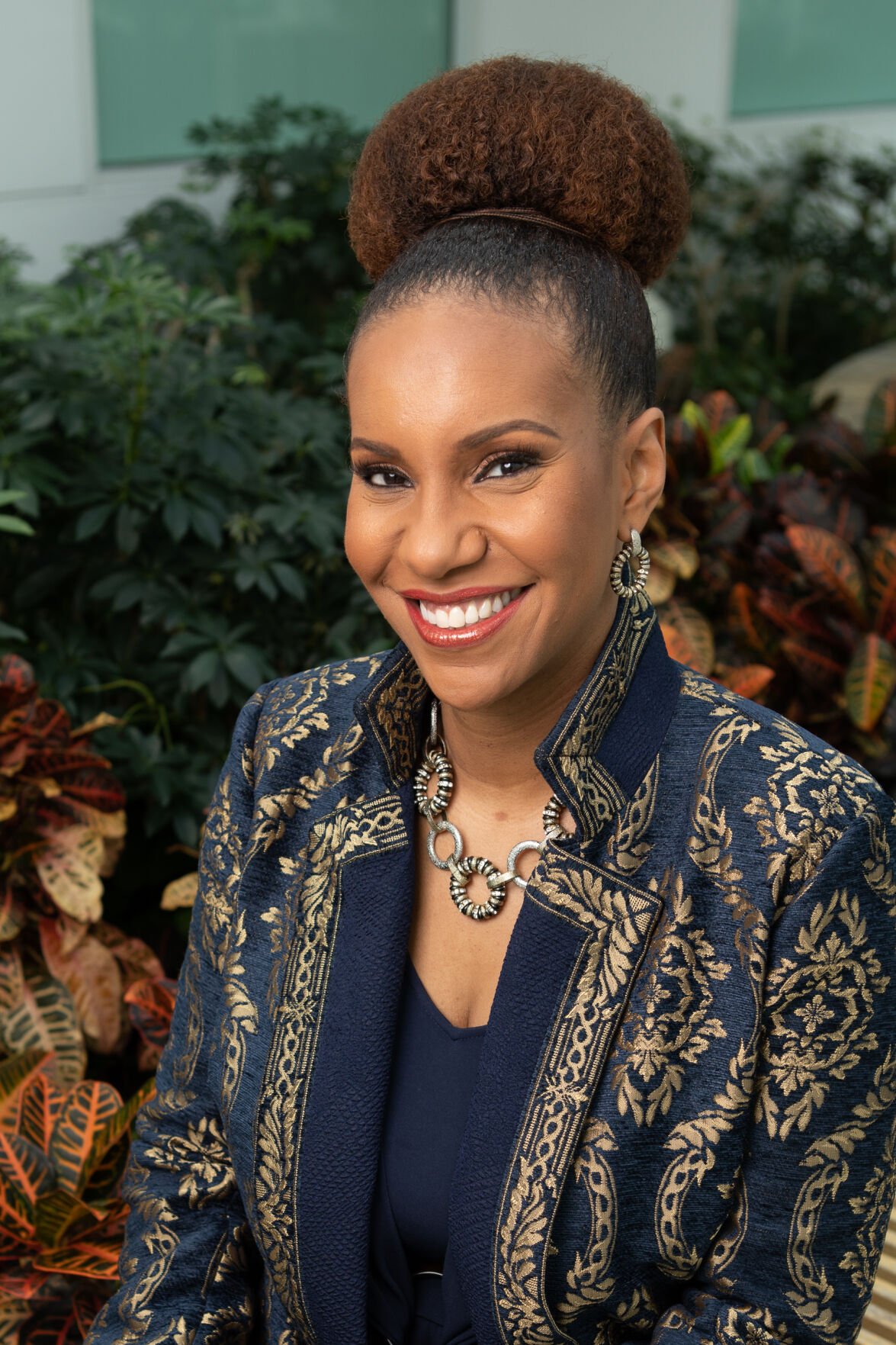 Tonya M. Matthews has been named CEO of the International African American Museum in Charleston. Provided.

Tonya Matthews has an exciting — and challenging — new job.

She's the newly named CEO of the International African American Museum, a project that, after more than $100 million of fundraising and two decades of planning, is under construction and projected to open sometime in 2022.

The museum has been without a permanent chief executive since August 2019. In an announcement of Matthews' hiring last week, members of the museum's board said the lengthy search allowed them to find a "world-class" new leader.

She brings with her experience from museums, higher education and diversity and inclusion initiatives. She was vice president of museums at the Cincinnati Museum Center, the first CEO of the Michigan Science Center and acting director of inclusion with the American Alliance of Museums.

Most recently, she was the associate provost of inclusive workforce development and director for the STEM Innovation Learning Center at Wayne State University.

When Matthews moves to Charleston next month, she'll be tasked with a wide range of responsibilities as the IAAM continues construction, finalizes exhibits, acquires artifacts, plans its grand opening and raises funds for its endowment.

The multifaceted nature of the role at this critical time in the museum's life cycle is what makes the job challenging, said Bernard Powers, an IAAM board member who has served as interim CEO since the museum's first chief executive, Michael Boulware Moore, left the role in mid-2019.

Powers, who is a professor emeritus of history at the College of Charleston and the director of the college's Center for the Study of Slavery, said that, while he has long been a "consumer of museums," he came to the role with an academic background and has "gained a greater appreciation for museum professionals."

The successful CEO to lead the IAAM to its opening needed to have some deep experience in the museum world, Powers said, along with an ability to manage "a lot of different tasks simultaneously."

"And it takes someone that has a lot of energy and enthusiasm, because you need that," said Powers.

According to Clarence Newsome, former director of the National Underground Railroad Freedom Center in Cincinnati, Matthews fits that description and more. She is a "powerhouse intellectually," he said, and can not only navigate the museum network but is well-respected within it.

"The museum in Charleston has hit a grand slam," Newsome said.

During the time that Matthews was vice president of museums at the Cincinnati Museum Center, the Freedom Center was added to the CMC's network.

Newsome said he stayed in touch with Matthews after they left their respective museums in Cincinnati.

That will be important since Matthews will need to build all kinds of relationships: with the museum staff and board, with donors, with the leaders of other local cultural and historical institutions, with community supporters and with members of the community who are wary of the museum's plans and whether it will "get the history right," as museum leaders promised at the IAAM's groundbreaking.

A local group, which goes by Citizens Want Excellence at IAAM, has asked for more transparency during the museum planning process and more ways that community members can give their input and offer criticism.

Member and local historian Millicent Brown said they are still asking for those things and hope that Matthews will engage with them and hear their concerns.

Brown said she wants to know more about how the IAAM will confront white supremacy and whether the "true history" the museum has advertised is one that will actually feed what she described as a "hunger for a newer narrative."

"We need much more engagement on the intellectual integrity of this place," Brown said. "If a museum can help us address these issues, that needs to be taken seriously."

Matthews acknowledged there is "reason to be hyper-vigilant" about how this history will be told in the museum.

"I think that one of the things Charleston has grappled with is that, so many times, the story has been told inauthentically," Matthews said.

But being in Charleston, where the history happened, holds weight. That's what Lonnie Bunch, Smithsonian Secretary and National Museum of African American History and Culture founder, has said about the IAAM and the decision to place the building at a site that was part of Gadsden's Wharf, a major port of entry for ships that carried enslaved people to Charleston.

And it's what Matthews said she felt when she made a private visit to the city.

"Knowing that this spot was a big part of history, but also that it was potentially a big part of my history, my personal history as well — it's not exactly jaw-dropping, but it's the kind of thing that makes you pause," Matthews said.

Looking toward her first weeks at the helm of the IAAM, Matthews said she's focused on three main areas. The first is the museum itself, its exhibits, its storytelling and the other aspects of its programming, like the family center aimed at helping African Americans trace their lineage.

Second, she said, she's thinking of the IAAM as a "platform."

"I don't want us to lose this this moment in history that we're in," Matthews said, "and I think that the museum should really think about itself as being a platform for those conversations that we're going to be having around racial equity, social justice, economic justice, workforce development and those kinds of things."

And third, she's "wrangling with the 'international' in International African American Museum," and thinking more about what that will mean.

One of her tasks early on will also be deciding when exactly the IAAM can open. While museum leaders have been saying to expect an opening in 2022, a date has not been set.

First on her to-do list, she said, is sitting down with staff to have them bring her up to speed on the "nuts and bolts" of where things are in terms of construction and planning to determine when an opening might be feasible.

The COVID-19 pandemic has put them in an interesting position, Matthews said, in that almost every museum is in a kind of stage of reopening right now. They might not be starting from scratch like the IAAM, but they're also having to ask big questions after enduring a year of COVID shutdowns.

The pandemic has also resurfaced conversations about trauma, Matthews said, something that will be important to address for a museum that will engage with a traumatic history in a place where that history occurred. Matthews, who described a museum's CEO is its "culture beacon," said that calls for an at times complicated balance of empathy and authenticity.

She also echoed something that was said by multiple people during the IAAM's groundbreaking.

She really wants to get this right.