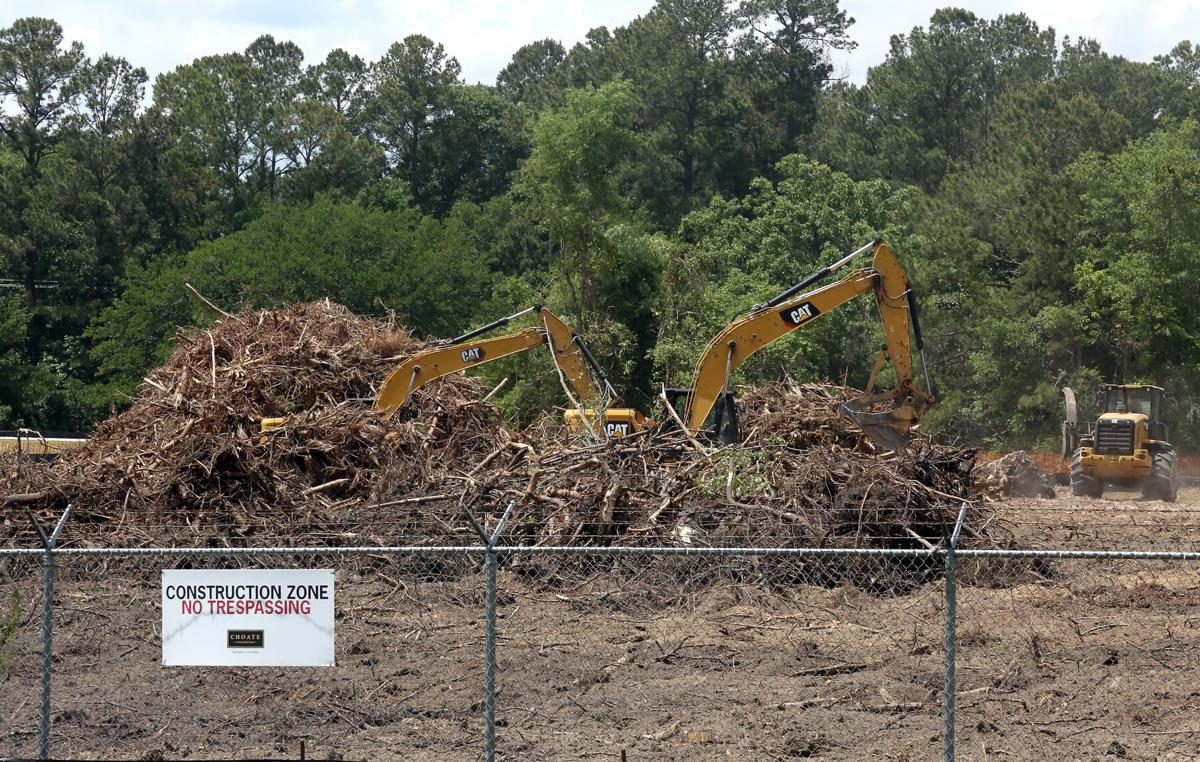 HANAHAN – Russell Huggins and Chris Hendricks remember the nights spent on the floor, hunkered down, waiting for the hurricane to pass at the Charleston Water System’s water treatment plant in Hanahan.

That was considered a luxury in the tiny facility.

A year from now Huggins and Hendricks are hoping that won’t be an issue as the Charleston Water System broke ground last month on a $17.5 million emergency operations center on Murray Drive in Hanahan.

When finished in May 2022, the two-story 32,000-square foot building will not only house a state-of-the-art emergency operations center, but also the customer service center for the utility.

The system’s current headquarters is on St. Philip Street on the Charleston peninsula and is vulnerable to hurricanes and floods.

“When we’ve had an emergency event, we’ve had to pick up and relocate from our downtown facility and move everything up to our treatment facility up in Hanahan,” said Huggins, the capital projects officer for CWS. “That meant moving computers, telephones, everything to Hanahan because that represents high ground in the area for us.”

In September 2017, the threat of Hurricane Irma proved to be the tipping point for CWS. Although the powerful storm only clipped the Lowcountry, officials knew that they needed a new emergency outpost.

“We sat around after Irma and thought, 'Wouldn’t it be nice if we had one dedicated facility for emergency operations, so we didn’t have to pick up all of our resources and move to another location when a hurricane or tornado or flood happened,’” Huggins said.

The facility, which is rated to withstand a Category 5 hurricane, will be equipped with redundant mechanical and electrical systems. The building will also have sleeping quarters and showers available in case of an extended stay for workers.

“No more sleeping on the floor, we hope," Huggins said. “To be able to have a 24-hour command center in emergency situations is crucial for us to be able to communicate with our customers.”

To make the project cost effective, CWS will also house its customer service center and the information technology department in the new building, moving about 70 employees from downtown Charleston to Hanahan in Berkeley County.

“We can move seamlessly from daily operations to emergency operations,” said Hendricks, assistant director of customer service for CWS. “In the past, we’d spend days preparing for a move before a hurricane.”

“The cost has already been factored into our rate structure so there will not be any additional rate increases for our customers as a result of the new building,” Huggins said.

CWS currently leases a customer service center on Rivers Avenue in North Charleston for about $6,000 a month. After the move, the lease will be terminated and those savings will be passed onto the ratepayers, Hendricks said.

About 77 percent of their customers who pay in person use the North Charleston office.

“The Hanahan facility will be more centrally located and more accessible for more of our customers and not just a few that live close to the city,” Hendricks said. “Most of our team members live in the area, so they will also have a shorter commute to-and-from work every day.”

Once the new building is open, he said, customers will still be able to use the downtown site to make payments.