Containerized cargo at the Port of Charleston has increased 7.3 percent this fiscal year, with most of those boxes moving through the Wando Welch Terminal in Mount Pleasant. Provided/State Ports Authority 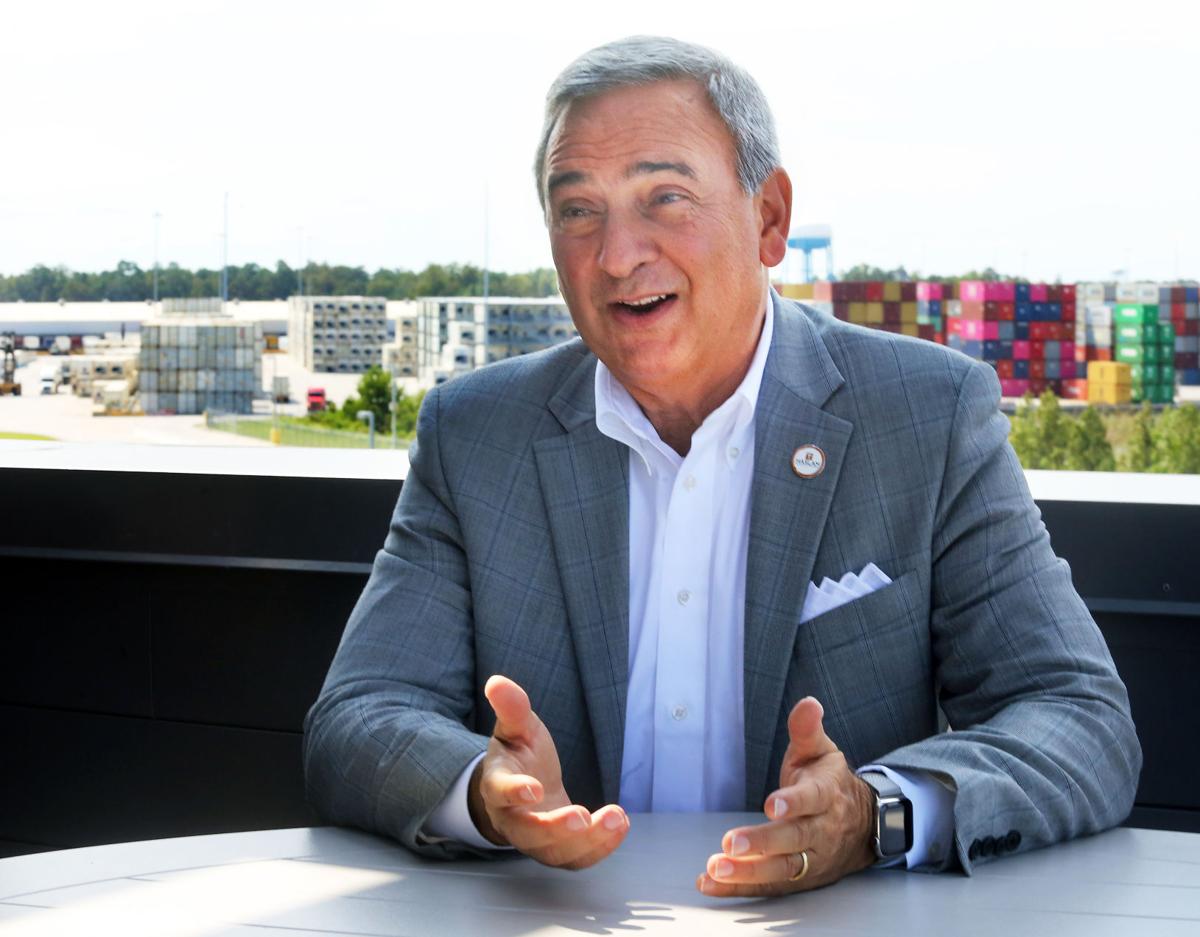 The Port of Charleston continued to experience cargo growth in October despite slowing exports from Asia and a weak holiday shipping season.

October vehicle exports — primarily BMWs made in the Upstate and Volvo sedans built in Berkeley County — were up 47 percent compared to last year, when retaliatory tariffs from China hurt sales of U.S.-made cars. China is South Carolina's biggest trading partner with about $13 billion worth of goods flowing between the two countries.

"South Carolina ports saw a strong October with growth in containerized cargo and vehicle cargo," said Jim Newsome, president and CEO of the State Ports Authority. "Vehicle volumes are up due to increased shipments from BMW and the addition of Volvo exports."

Newsome said he expects cargo to slow in the next couple of months, adding that the port will still be able to meet its goals. He said cargo "volumes will begin ramping up next year."

"South Carolina ports is outperforming other U.S. ports in terms of volume and growth," Newsome said. "A strong U.S. economy, our position as a Southeastern port, and our efforts to diversify and grow our cargo base will help us grow during this period of global trade uncertainty and tariffs."

Imports made up 58 percent of loaded containers in October while empty boxes — both imports and exports — totaled slightly more than 52,000.

The SPA's inland ports in Greer and Dillon also experienced slight growth growth last month but are operating with year-over-year increases of 30 percent and 51 percent, respectively.

The Port of Savannah said it had its best-ever October with 428,400 containers crossing its docks — 3.5 percent better than last year.

"We have seen three years of incredible volume growth, and the economy of the U.S. Southeast remains a powerhouse," said Griff Lynch, executive director of the Georgia Ports Authority.

The Port of Virginia experienced a 1 percent decline in cargo last month, which CEO John Reinhart attributed to tariffs on U.S. agricultural products and a strong dollar pushing up costs of U.S. goods overseas. He said the issues are short-term and the port is expected to record its fifth consecutive year of record cargo.

Some of the nation's largest ports — especially on the West Coast — have seen bigger declines, due largely to a 6.9 percent slump in imports from China. Cargo at the Port of Los Angeles, for example, was down 19.1 percent in October while the Port of Oakland experienced a drop of 9.4 percent.

A report by the Journal of Commerce states Chinese imports will slow more significantly in November and December.

A North Charleston maritime company is expanding its port-related business by adding 22 jobs through a $14 million investment.