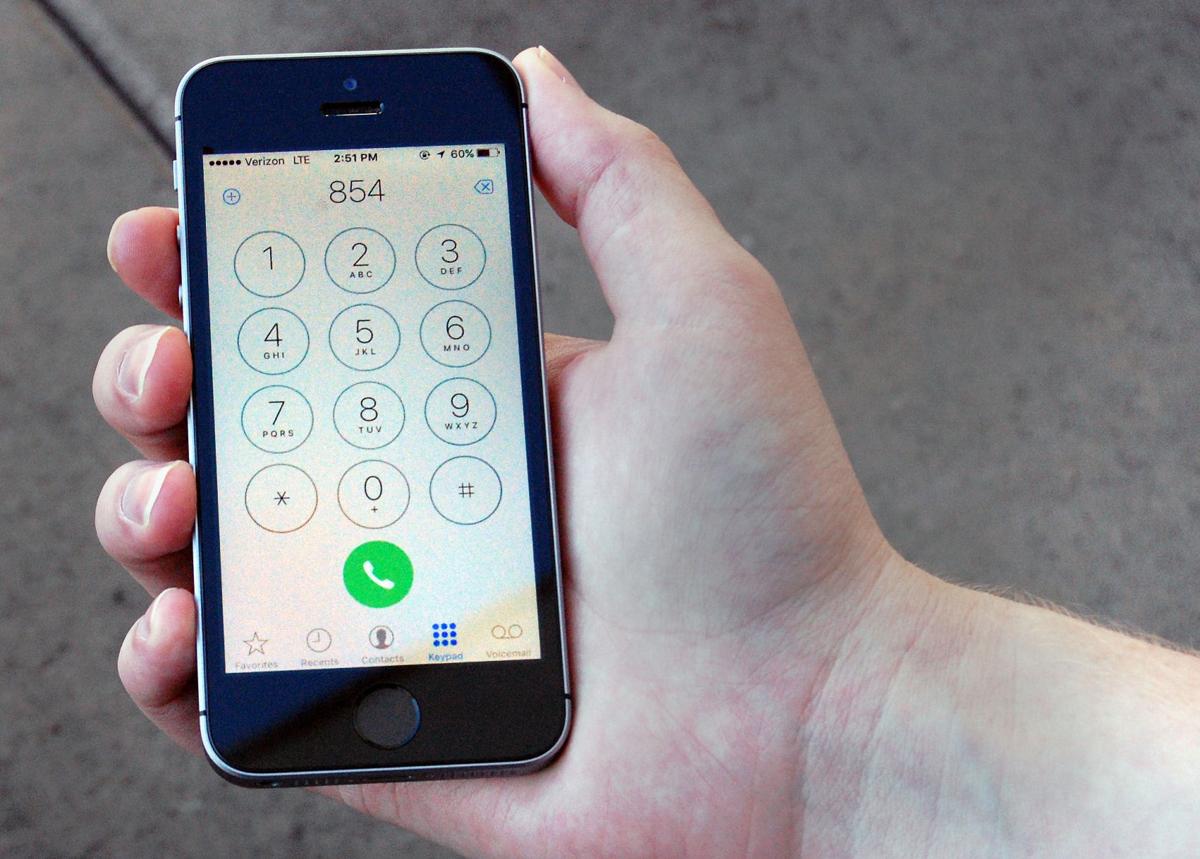 The Lowcountry has had two area codes for more than a year - technically. But the new 854 area code has been slow to roll out, and 843 has hung on longer than telecom planners expected. Dave Munday/Staff 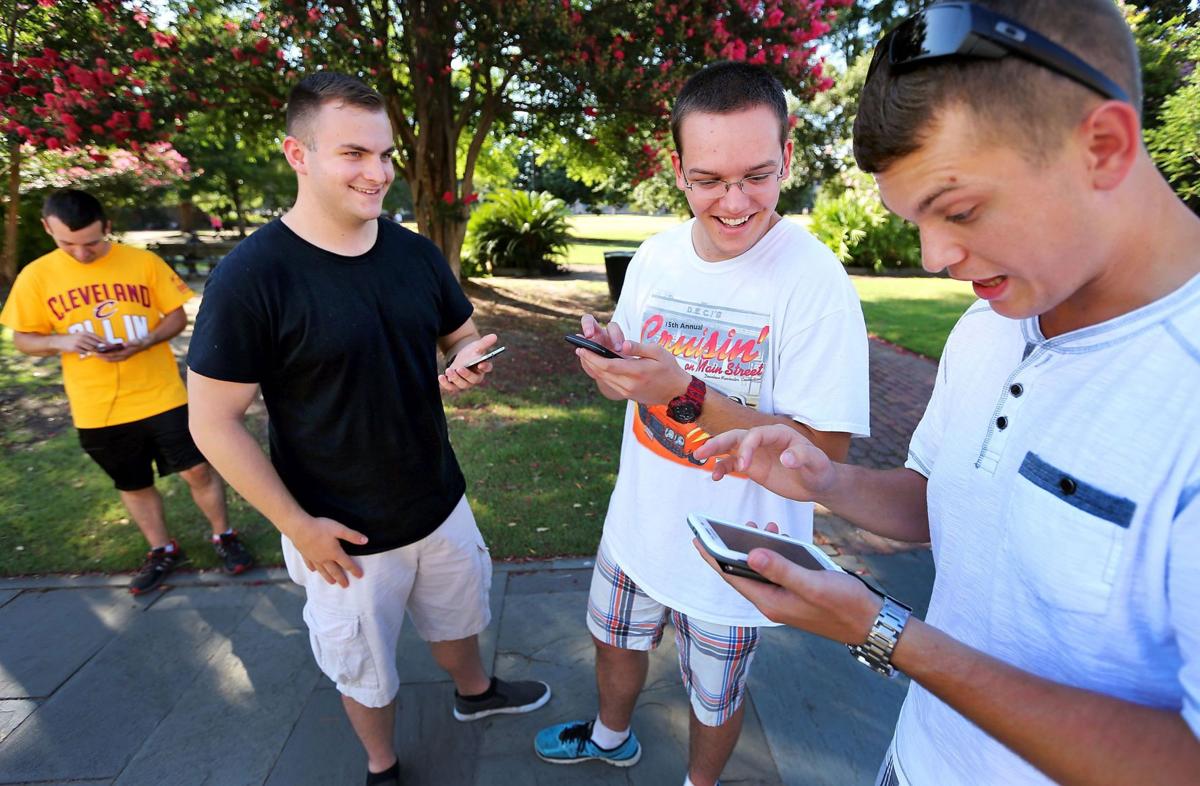 Students play Pokemon Go on their smartphones in Marion Square. The growth of South Carolina's coastal region and the proliferation of cellphones led the telecom industry to expect a shortage of 843 phone numbers, but the new area code, 854, isn't being used much yet. (file/staff) 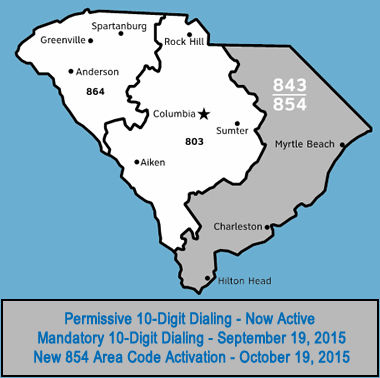 The Lowcountry has had two area codes for more than a year - technically. But the new 854 area code has been slow to roll out, and 843 has hung on longer than telecom planners expected. Dave Munday/Staff

Students play Pokemon Go on their smartphones in Marion Square. The growth of South Carolina's coastal region and the proliferation of cellphones led the telecom industry to expect a shortage of 843 phone numbers, but the new area code, 854, isn't being used much yet. (file/staff)

Charleston has technically had two area codes for more than a year, but in practice, we're all still dialing 843.

The booming growth of South Carolina's coast, as it happens, hasn't been quite what America's telecommunications forecasters expected. Some 14 months after the state got its first new area code in almost two decades, there are still a few hundred thousand 843 numbers to go around.

So it could be a few more years before the Lowcountry runs out of 843 numbers and new businesses and transplants start getting 854 numbers instead. It'll take thousands of new smartphones, office lines and fax machines from Hilton Head to Myrtle Beach to get to that point.

"Hindsight, being 20-20, would probably say that the new 854 wasn't necessarily needed in October of 2015," said John Manning, the nation's top area-code administrator. "We may have had a little more time than we knew about."

The telecom industry was rushing to avoid a crisis, phone regulators say. The process of rolling out a new area code starts three years before authorities expect an existing one to run out, because it takes time to get ready. Phone equipment has to be updated, stationery reprinted and callers prepared to dial 10 digits for a local number.

In South Carolina, they saw the demise of the 843 area code looming. There are now about as many wireless phones in the state as people, sapping the reserve of numbers. And the coast has seen booming population growth, so thousands more phones have been installed in new houses, hotels and offices.

Manning, the senior director of the North American Numbering Plan Administration in Sterling, Va., has seen it himself: He vacations in Myrtle Beach, and as he drives down U.S. Highway 17 for golf trips, he's made note of the Grand Strand's new hospitals and housing subdivisions.

The industry feared a shortage of numbers to hand out, and the area code administration thought the Lowcountry would be all out by the end of 2015, so they jumped in to avert a calling conundrum.

"They'll try to bring in a new area code before there is a crisis," said Chris Rozycki, a state telecom regulator who helped guide the process. "The outcome of that is that there is no crisis. You don't see a sudden surge in the new 854 numbers all of the sudden showing up everywhere, and you won't. They'll slowly just sift into the network."

That's not to say that there hasn't been a rush to snag prime real-estate in this region's coming two-number days. Telecom companies most people have never heard of have snapped up tens of thousands of the most sought-after phone prefixes, a gold rush that surged shortly after the new area code went live and picked up steam again in the back half of 2016.

The first prefixes to go might one day grace advertisements for law firms and plumbers, starting with easy-to-remember digits like 999 and 777.

Phone companies quickly took 888 and 444 numbers around the same time, and they grabbed 202, too, perhaps a knock-off of Washington, D.C.'s well-known area code. The only other one claimed so far, 529, shares the name of a popular college savings fund, but it's otherwise the most mundane one released yet.

In all, some 48,000 of the new numbers have been accounted for, according to the National Number Pool Administration, the group in charge of doling out chunks of phone numbers. Those numbers are slated to be used in Charleston, the Isle of Palms and Summerville, but what happens to them after that is something of a mystery, left up to the companies who get them.

Eight companies have each claimed 2,000 or more of the new numbers. Representatives of most of those firms were either unable to be reached for comment or said they weren't sure if any 854 phone numbers had yet found a home.

Only two companies said they had issued 854 numbers: Columbia-based Spirit Communications has given out six of its 2,000-number allotment - all by customer request, spokeswoman Kelsey Hennighan said. And Comcast spokesman Charlie Douglas said the cable giant had distributed "a majority" of the 4,000 numbers it was assigned.

The first companies on the scene - firms like the Chicago-based voice-over-Internet wholesaler Inteliquent - aren't exactly household names. But better-known brands like Verizon hopped into the market late last year, suggesting that they might start to trickle onto the scene.

One question for the future of Charleston's split telephone identity is how much customers will care about getting an 843 number. In big cities where area codes have a national reputation, old numbers have become status symbols, spurring secondhand markets and cultural recognition.

On the site 212areacode.com, for instance, an original New York number costs anywhere between $150 and $15,000. And after Manhattan was assigned 646 in the mid-1990s, it created enough angst among 212 die-hards that it became the subject of a "Seinfeld" episode.

The 843 area code is unlikely to inspire that level of excitement or drama. It's relatively new - it was split off from the Midlands' 803 in 1998 - and anyway, Manning says, area codes don't have the same distinctive connection to place that they once did.

Cellphone numbers can cross state lines, and the nation's area code map has been splintered over time, so numbers don't have the cachet they once did. Dialing 212, for one, is just more recognizable than punching in 646 (Manhattan) or 718 (Brooklyn).

In fact, Manning says his agency issues five or so new area codes each year, and they don't usually cause much drama unless a state capital is involved. States generally want their offices to share the same numbers that constituents have gotten used to calling. That's why Columbia kept the 803 area code that used to cover all of South Carolina.

It may not be too long before that issue arises again in the capital city and the Midlands area: Telecom administrators predict that South Carolina will run out of 803 numbers in the first half of 2021.